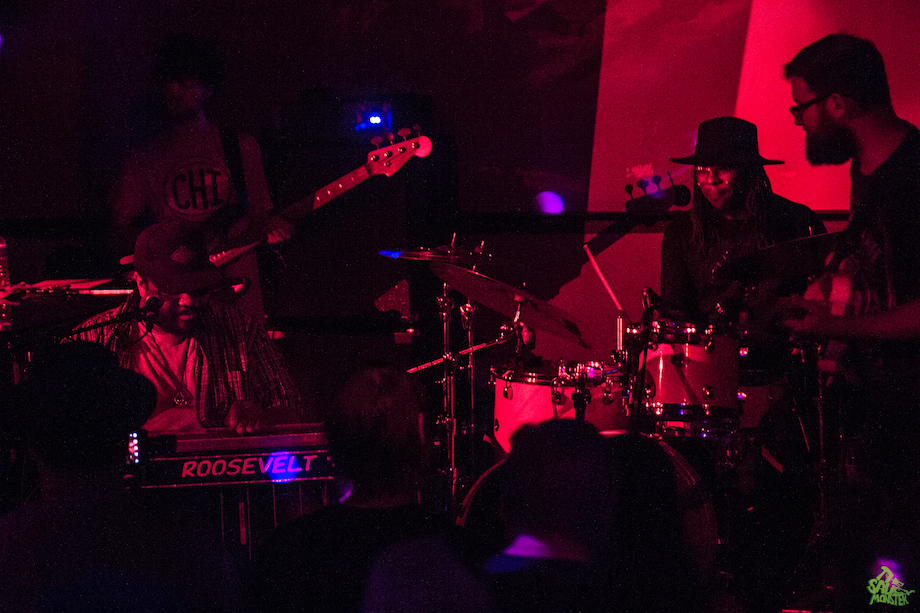 Brooklyn Comes Alive refueled the soul last weekend with two full days of epic jams. Hosted by venues The Music Hall of Williamsburg, Brooklyn Bowl and Schimanski, an additional day of music this year filled the weekend with rare levels of collaboration and improvisation. Seeing musical legends John Scofield, George Porter Jr., and Bernard Purdie so happy to play with newer heroes Eric Krasno,  Nigel Hall, Jennifer Hartswick, Joey Porter, Scott Sharrard and Brandon “Taz” Niederauer was deeply satisfying.  The venues all had wonderful sound and Schimanski and Brooklyn Bowl were just across from each other!

We want to cover this action packed weekend three ways: our favorite sets, our MVPs of the weekend and in the spirit of improvisation, the best solos we witnessed.

Led by Scott Sharrard of the Gregg Allman Band this amazing tribute set featured different guest guitarists on almost every song.  The legend Bernard Purdie on the drums kept the groove locked and had the biggest smile on through the whole performance. Our favorite guests were Brandon “Taz” Niederauer and Krasno but Scott absolutely blew us away with his versatile blues playing and soulful vocals.  Highlights of this set included Allman classics like ‘Dreams’, ‘Whipping Post’, and ‘In Memory of Elizabeth Reade’ that are ripe for improvisation and perfect for a supergroup setting. 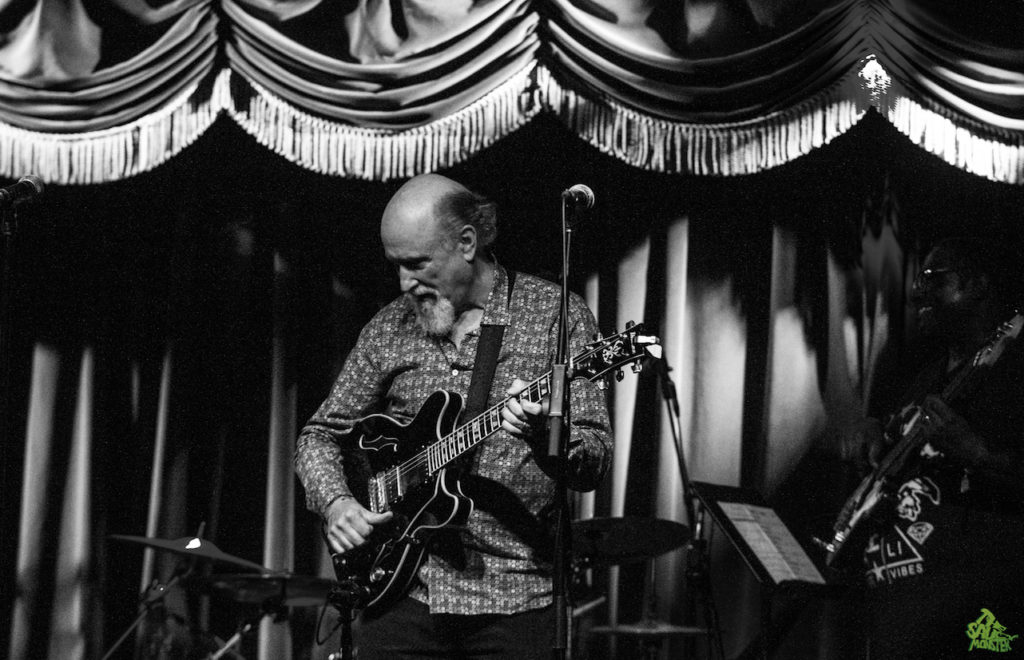 The Eric Krasno Band featuring John Scofield
Sunday night the last Brooklyn Bowl set of the festival ended with an explosive set from Krasno and Friends.  The core band of Krasno, Nigel Hall, Louis Cato, and Chris Loftlin is an all star band to begin with but the special guests knocked this set out of the park.  It was clear jazz legend John Scofield has a great rapport with Krasno and the band.  Scofield reminded us why he will forever be a guitar hero with an insane extended solo on ‘Hey Joe’.  On another tune he broke down into solo chord melody jazz guitar at the end taking it into a completely different world of music and back with ease and sonic mastery.  Eric Krasno himself really let loose in his own set with breathtaking solos and Nigel Hall did things to the organ we didn’t know were possible, conjuring up wild funk noises in neck snapping syncopation. The Beatles ‘Get Back’ was covered wonderfully and George Porter Jr. and Cyril Neville came out blazing with a full horn section later in the set. 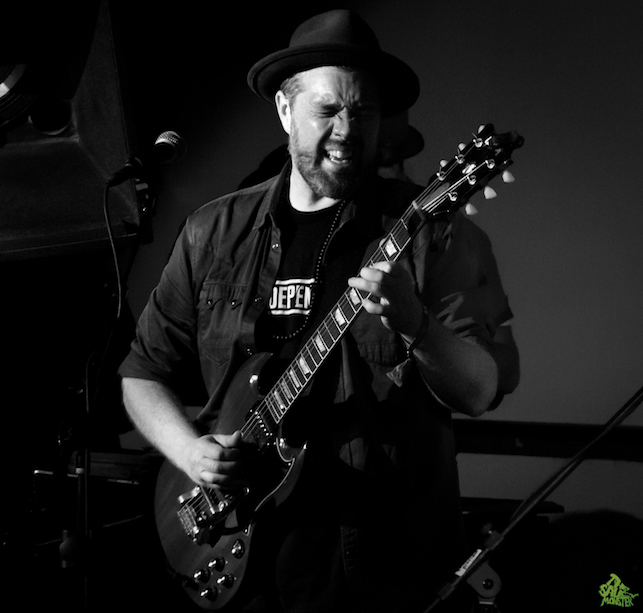 Eric Krasno, Reed Mathis, Todd Stoops, and Jay Lane kept driving and morphing this hour and a half cover of the Dead’s ‘Deal’ until the song was unrecognizable and back over and over.  We have never seen a band do a one song set but they pulled it off keeping everyone hooked until the last note!  Could just be their way of reducing the material to remember for the long weekend but it sure made for a unique set!

So good we can forgive their lack of a name, these musicians came together for an excellent supergroup at Brooklyn Bowl. Despite seeing The Disco Biscuits many times I have never realized how amazing Aron Magner is on the organ, the guy surely does not need a synthesizer to blow our minds.  Jennifer Hartswick and Natalie Cressman deftly switched from deep soul vocals to sexy horn playing throughout the set. A reverb drenched take on Britney Spear’s ‘Toxic’ sung by Natalie Cressman was especially memorable.

Both of the Motet, funk keyboard wizard Joey Porter and the phenomenally groovy bassist Garrett Sayers led this tribute to the legend Herbie Hancock.  Robert Searight crushed the drums and the horn solos by Maurice Mobetta Brown and James Casey rounded out the tight sexy Hancock sound.  ‘Butterfly’ and ‘Chameleon’, two of our favorite Herbie tunes were played beautifully and laced with sultry funk solos from the band.

Our MVPs of Brooklyn Comes Alive:

Mind boggling drum solo, this guy can play!  Watching him build up, break down, and fake out Rob and Chuck every time they thought he was done was hilarious.

Soaring higher every year we see him, Taz channeled his spirit into a dynamic solo building up from spine tingling harmony to lightning fast blues licks with his distinctive style. So young and unbelievably talented, you could close your eyes and recognize his playing.  Watching Taz blossom into a young blues titan has been a massive source of inspiration in our lives – this kid is one to watch.  See the solo here.

In a climactic eruption of talent John seemed to unleash the beast within and melt our brains to mush.  Turning the tune inside out like the jazz master he is, Scofield ripped deep into the harmonic structure finding new connections in the notes and dropping virtuosic licks with dazzling speed.  In awe, a drunk lovestruck fan in front of us kept desperately showing everyone around him the picture he got of him and John.

Expanding our sonic boundaries, Nigel took incredible organ solo’s during The Eric Krasno Band crafting new sounds we have never heard with the old instrument.  He was obviously deeply honored to be playing with John Scofield but a world class musician himself, he staked his own shine in the spotlight.

With multiple full sets and guest appearances everywhere, this year’s festival might as well have been called Krasno Comes Alive.  With Rooster Conspiracy on Sunday, Krasno explored “Deal” with his signature tone. Ripping outrageous soulful solos on the tune they completely packed out Schimanski.  Later in the night with his band he struck gold through his musical chemistry with John Scofield. The two giants traded dynamic solos and huge smiles as they built ideas together.  With John Scofield to challenge and inspire him Krasno really grabbed the opportunity and gave it his all, it was a little like being taken to church.  It was a grand ending to the festival and while we wish next year’s Brooklyn Comes Alive could just be next weekend, we’ll settle for catching these musicians as much as possible before next year! 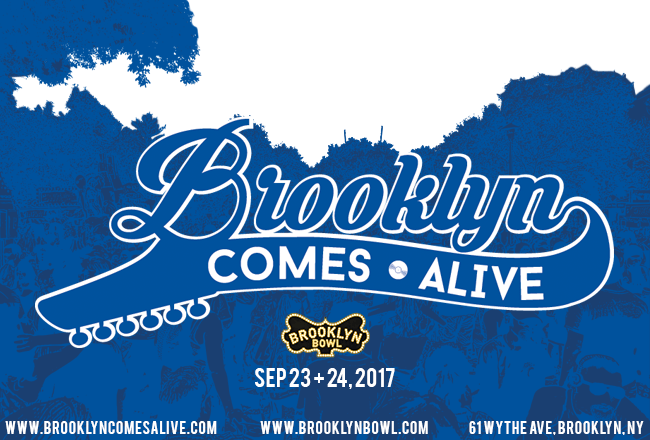 View the full photo gallery of the weekend courtesy of Kyle Miller here!