The Austin Music Video Festival was back at it again this week for its third installment.

For five days the hard work and dedication of artists and directors alike was on full display all across the city. These masterfully crafted productions played on studio walls, movie theatre screens, the inside of bars, and hotel rooftops. The AMVF was created in order to provide a platform in which the featured artists and directors could connect with their audiences on an intimately personal level, while celebrating the past, present, and future of music videos.  While the festival featured artists from around the globe, the Wonder Twins Productions team was mindful to include local Austin artists like Sweet Spirit, and Fort Never to help maintain the city’s reputation as a bastion for the musical arts.

The festival was formatted into a series of themed showcase screenings like, Third Eye Candy, Lady Power, From Russia with Love, and Funny or High. The thematic variability of the videos was astonishing, with emotionally powerful narratives like “Iridescence” from student director Eileen Byrne, to outlandishly visceral displays of irreverence from artists like Skankenstein and Little Big. Events like The Flaming Lips Video Freak-out (with a Q&A session via Facetime from the Lip’s own Wayne Coyne) took us to the medium’s raw DIY roots, while the Spike Jones Video Mixtape provided the ultimate mix of iconic, and award winning productions from one of the industry’s most critically acclaimed directors. These showcases took those in attendance on a nostalgia-inducing journey through the music video landscape of the 1990’s and early 2000’s that laid the foundation for the artistic renaissance taking place today. 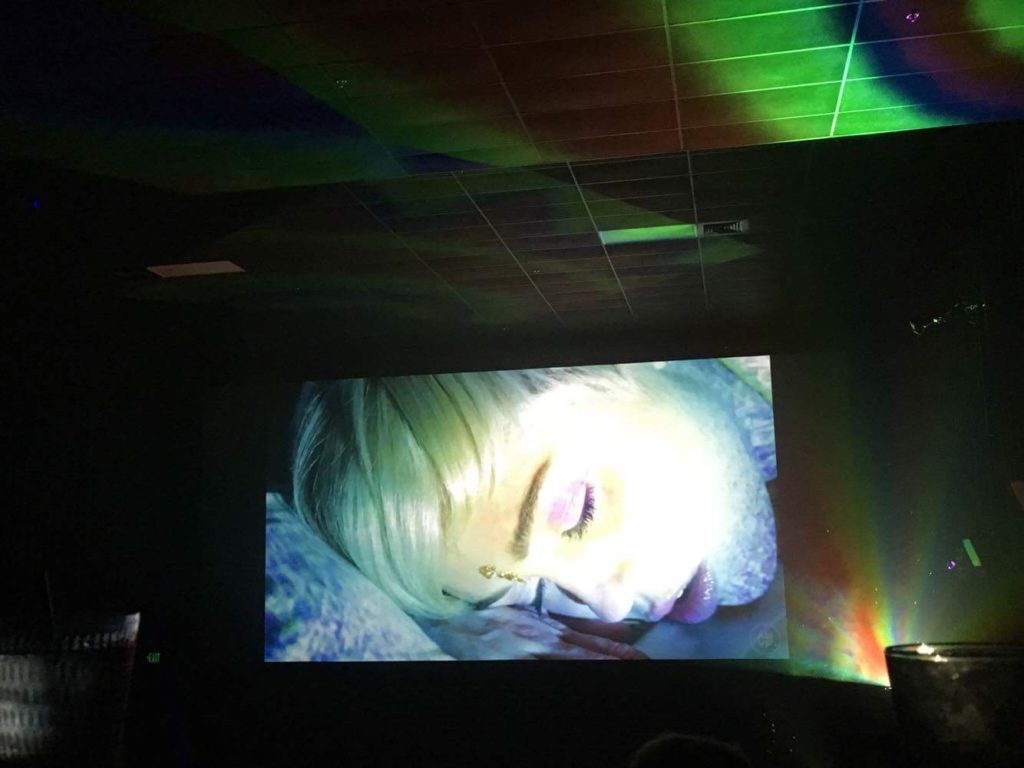 I was most looking forward to a special screening of the Phoenix-inspired short film Ti Amo Speciale which was directed by Warren Fu and is centered around the groups new album, but it was the lesser known acts that left a real impression on me. While many up-and-coming artists and directors premiered videos throughout the week, two videos in particular stood out against the rest. “Second Hand Lovers” created by director/song writer Oren Lavie (Best Performance Winner), and “ESCAPADES” from director Brad Feeser (Instant Classic Winner) were both beautiful displays of artistic integrity, rife with breathtaking visuals, and noteworthy performances by those involved in their creation. Both would go on to receive recognition during the AMV awards held on the last day of the festival.

The festival’s program featured a quote from David Bowie, in which he said that, “music videos are the fulfilment of art and technological destiny”. This was never more apparent than during the Video Active Lounge showcase presented by Thrillbox, which featured virtual, mixed reality, and interactive music videos. This event caused me to have all the 80’s sci-fi fantasy feels I could handle. While being immersed in an artist’s creation was fascinating, it was the virtual reality concerts being shown that really opened my eyes to the countless opportunities afforded to us by this emerging technology. I only hope that artists continue to push the boundaries of what’s possible, and take advantage of these new avenues of artist expression.

This fest was a pleasant surprise for me in a week marred by natural disasters and Italian exams. My eyes have been opened to the fact that music videos are alive and well, as artists continue to expand the scope of artistic depth and ingenuity within their productions. The Austin Music Video Festival truly is the place where the magic of music videos comes to life, captures your heart, and explodes all around you. I look forward to a fresh crop of videos and mind-melting after-parties at next year’s installment of the festival.