x
by Chris Lazaga
on August 7, 2017
under Live Music Coverage, Rock, South
tagged AT&T Center, Dead and Co., John Mayer, San Antonio, San Antonio Texas, The Search For Everything, The search for everything tour, Your Body is a Wonderland
∞ Permalink

When John Mayer brought his The Search for Everything tour through San Antonio, San Antonio responded. Long lines of devoted fans filed into the arena, packing the AT&T Center like a Spurs playoff game.

After an energetic opening set by The Night Game, a newly formed group fronted by Martin Johnson of Boys Like Girls, John Mayer took the stage amid the fervent screams of thousands with his full band, kicking off with “Helpless,” one of several songs from his new album, The Search for Everything, to be featured tonight. 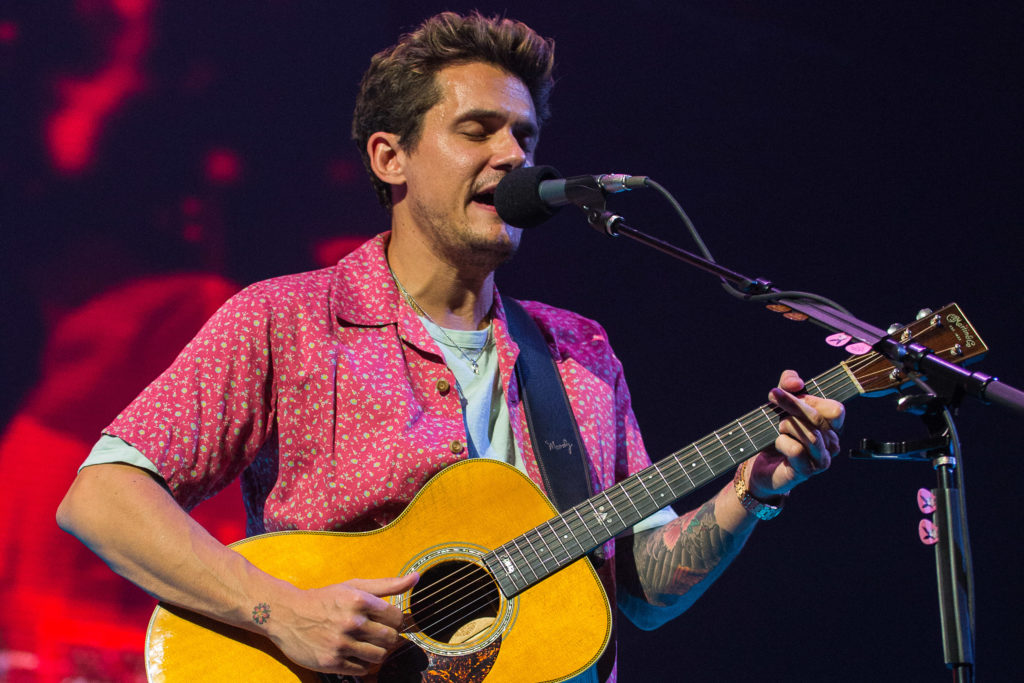 During a brief segment featuring Mayer on solo acoustic guitar, a performance of “Daughters” brought the arena to a roar. “There’s a fire in this crowd,” said Mayer, dusting off another classic from early in his career, “Your Body is a Wonderland.”

Following the intimate acoustic segment, there played a brief video interview of Mayer and two key members of his band, Steve Jordan and Pino Palladino. Mayer was about to crank it to 11 with the Trio.

When the lights came back on, Mayer lit into his Fender with ferocity akin to Hendrix. Any fool who thinks John Mayer is a pop singer for teenage girls has never heard him scorch an arena with the Trio. John Mayer is a blues player for the ages – a rock star through and through. He also invited fellow guitar hero Jimmy Vaughan to the stage to close out the trio segment. The quartet ran down some blues with “Roll, Roll, Roll” and “Dirty Work at the Crossroads.” 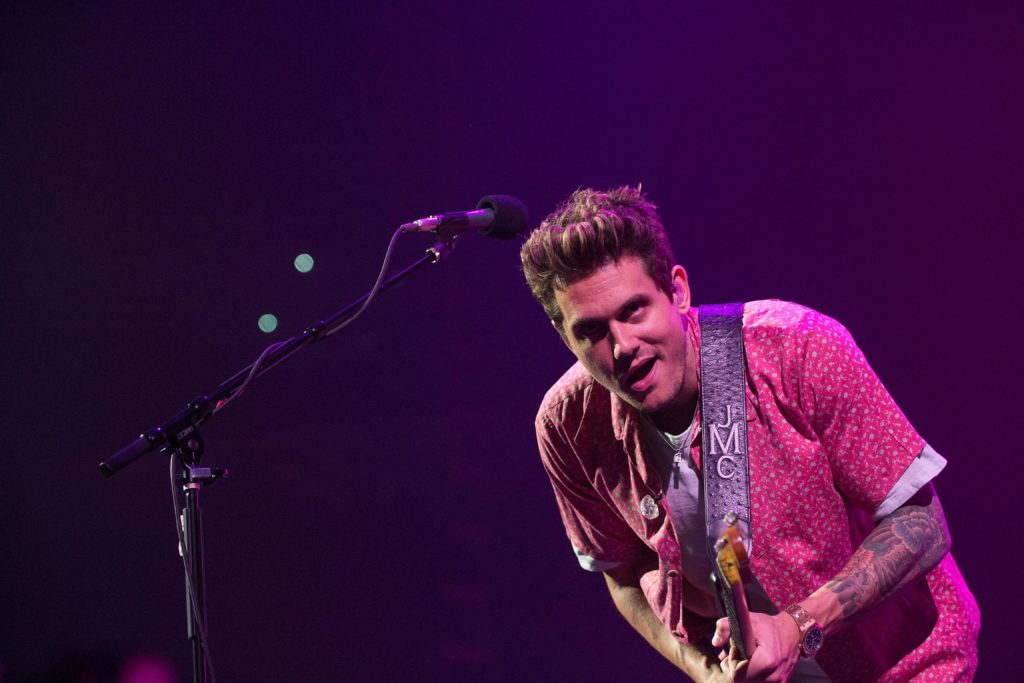 After the trio laid it down, full band returned to the stage for the final segment. Mayer pulled out “If I Ever Get Around to Living,” a tune from an album which he said “…didn’t get much love,” commercially. It may not have gotten as much attention as “Your Body is a Wonderland” and the like, but it was still one of the highlights of the night, as it was a vehicle for an excursion into the infinite world of the jam. It extended out into the ether, and behind Mayer’s licks and articulations, one could hear a hint of Jerry Garcia – no doubt assimilated during his time with Dead and Co. But the real high point of this tune was without a doubt, Isaiah Sharkey. Finally unleashed, he brought the house down with truly unreal guitar solo that left us wide-eyed and agape.

The final set ended with a smoldering “Slow Dancing in a Burning Room,” and the stage went dark. Thousands screamed into the darkness for more, and slowly the darkness gave way to light. One after another, cell phone lights came on, illuminating the darkened stadium like so many fireflies. 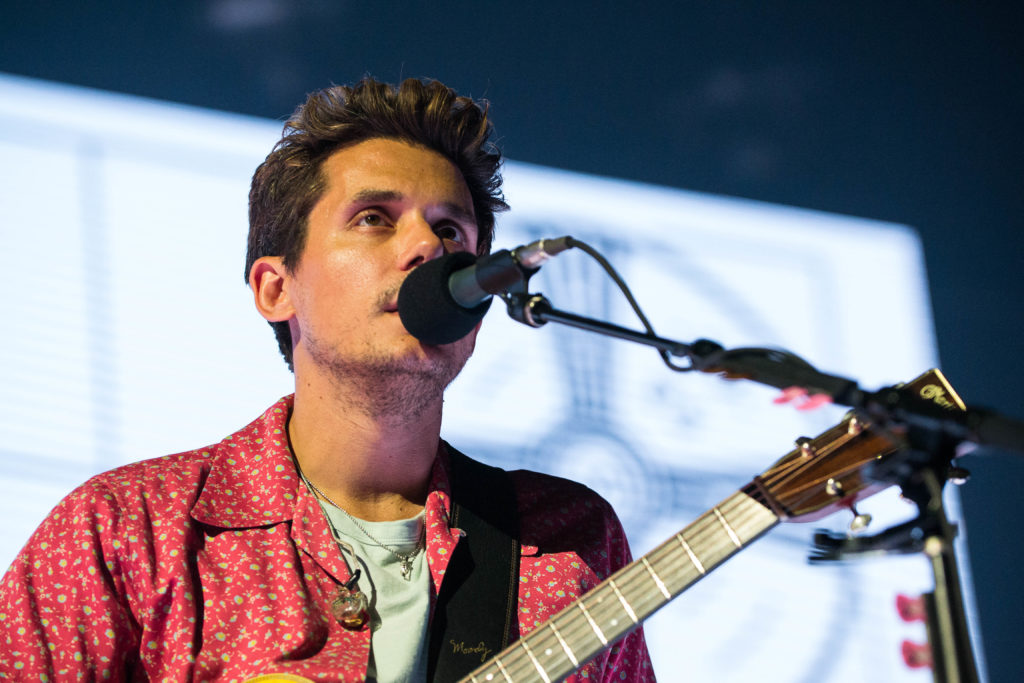 The band returned with “Edge of Desire” and a deep, soulful “Gravity.” As a final goodbye to his friends in San Antonio, Mayer sang an emotional “You’re Going to Live Forever in Me,” accompanying himself on the piano, before disappearing behind a center stage door in an illuminated wall of white.

So ended John Mayer’s brief sojourn in San Antonio, but The Search for Everything continues – and it will take him to the four corners of the country and beyond. 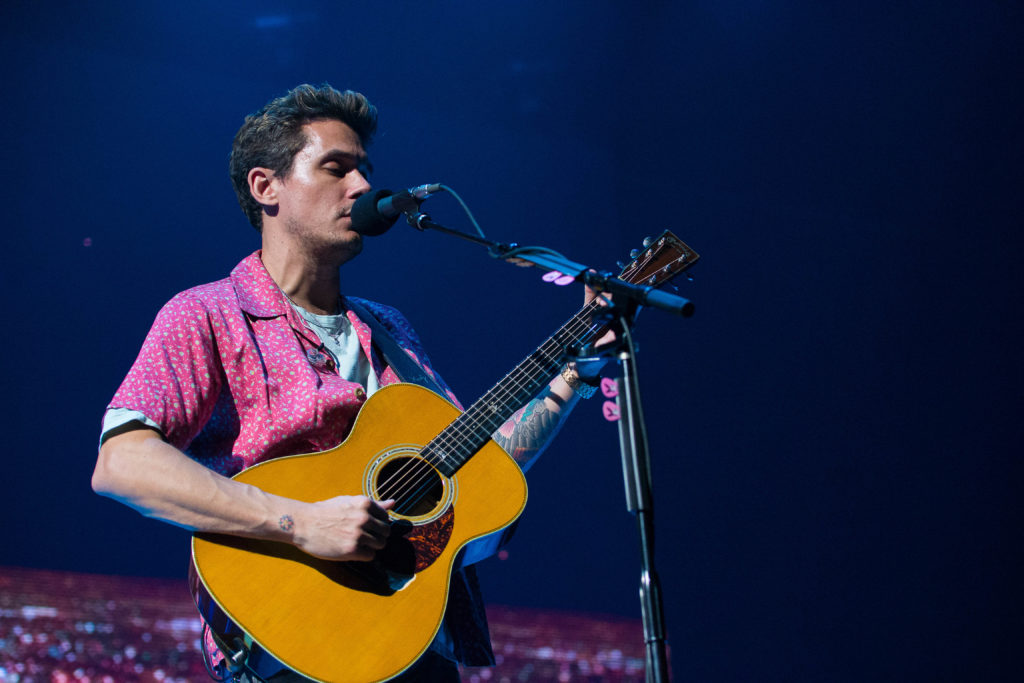 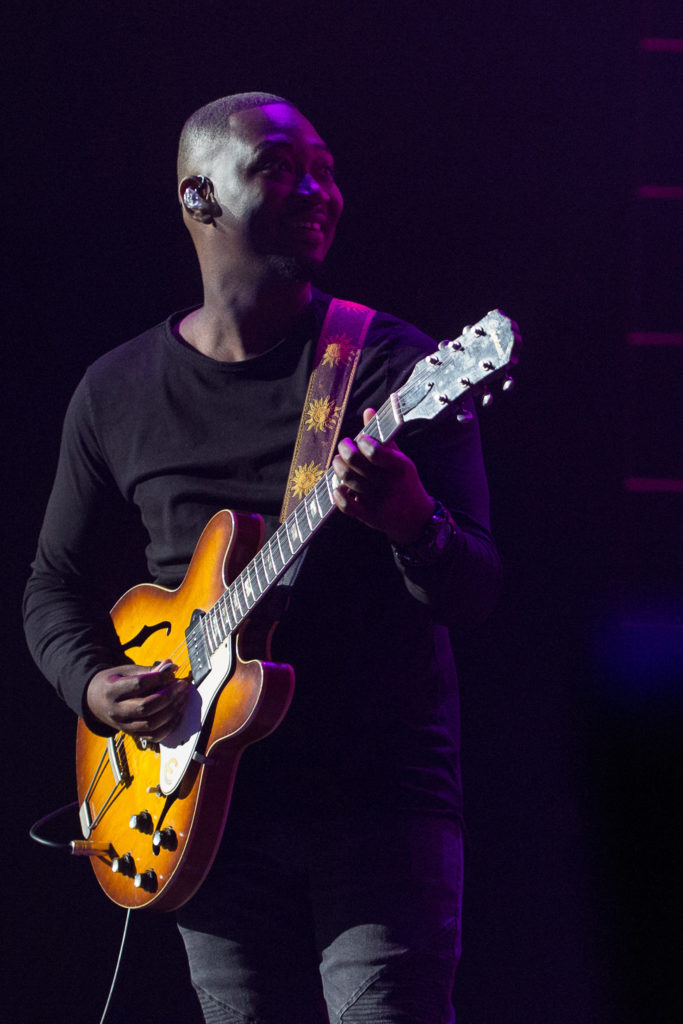 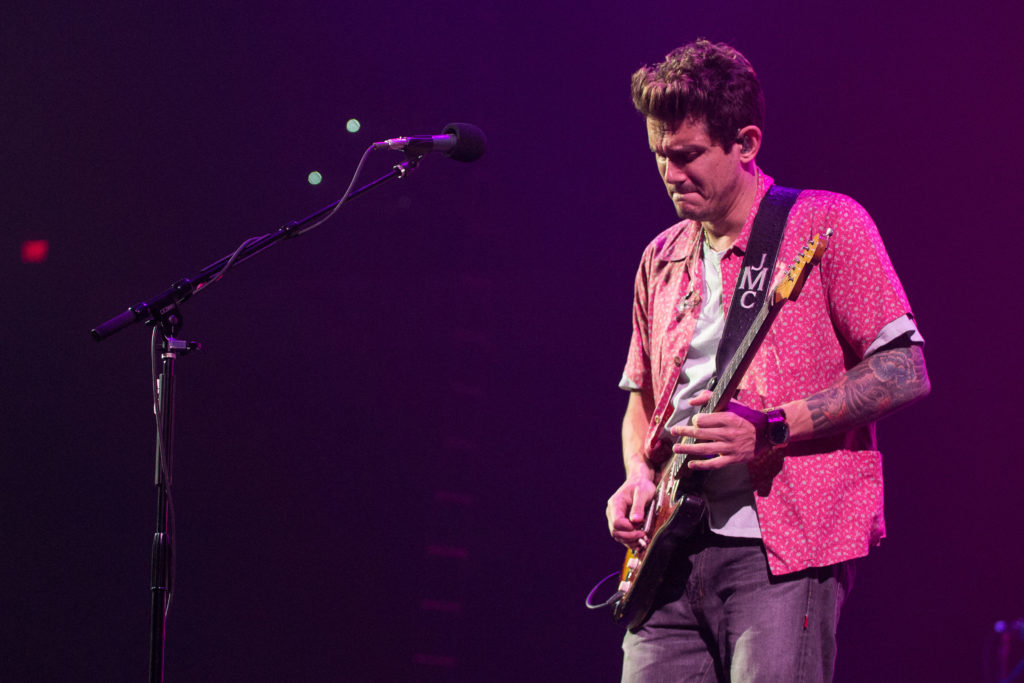 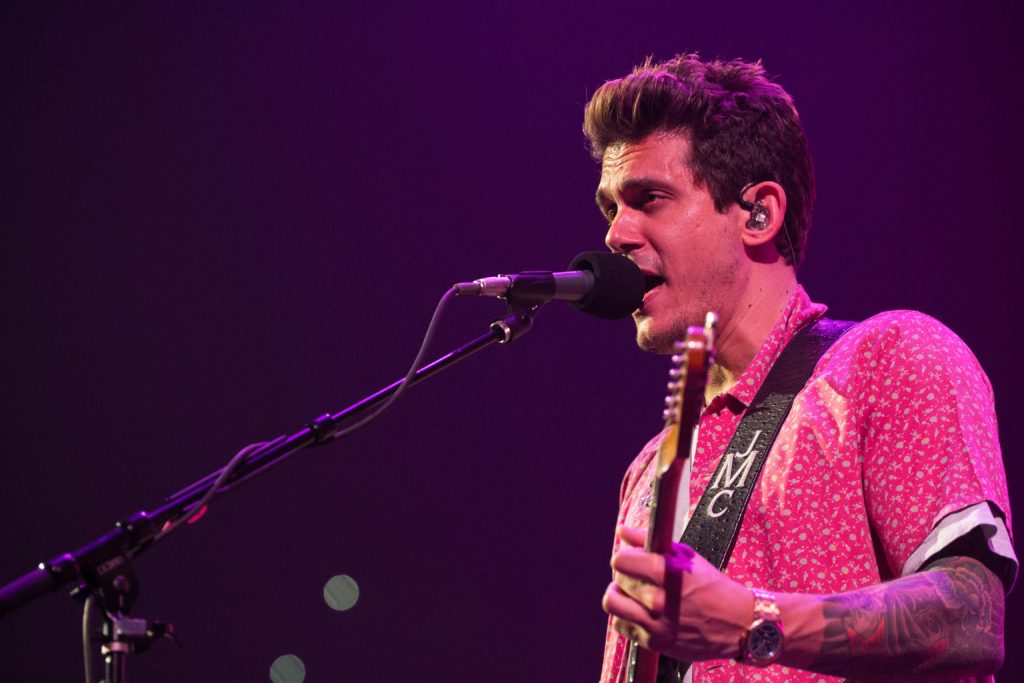 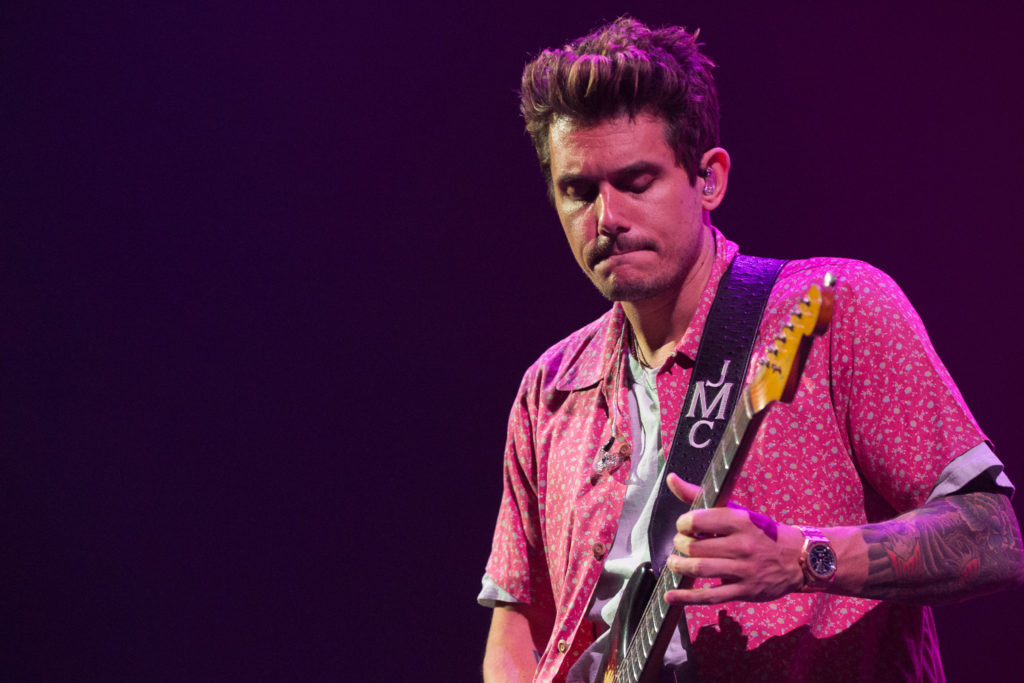 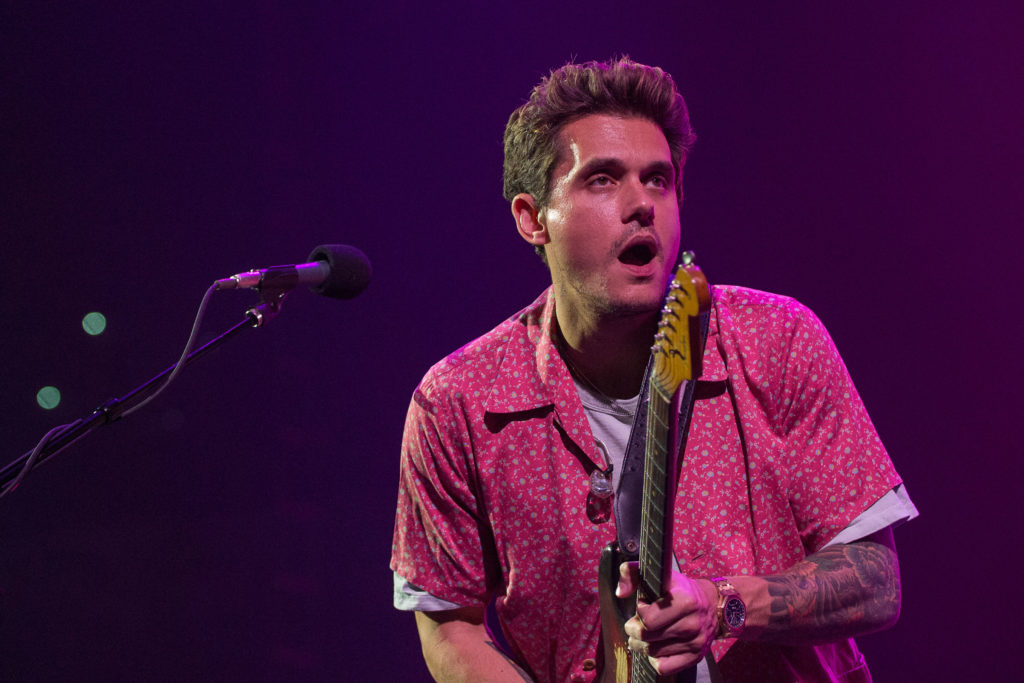 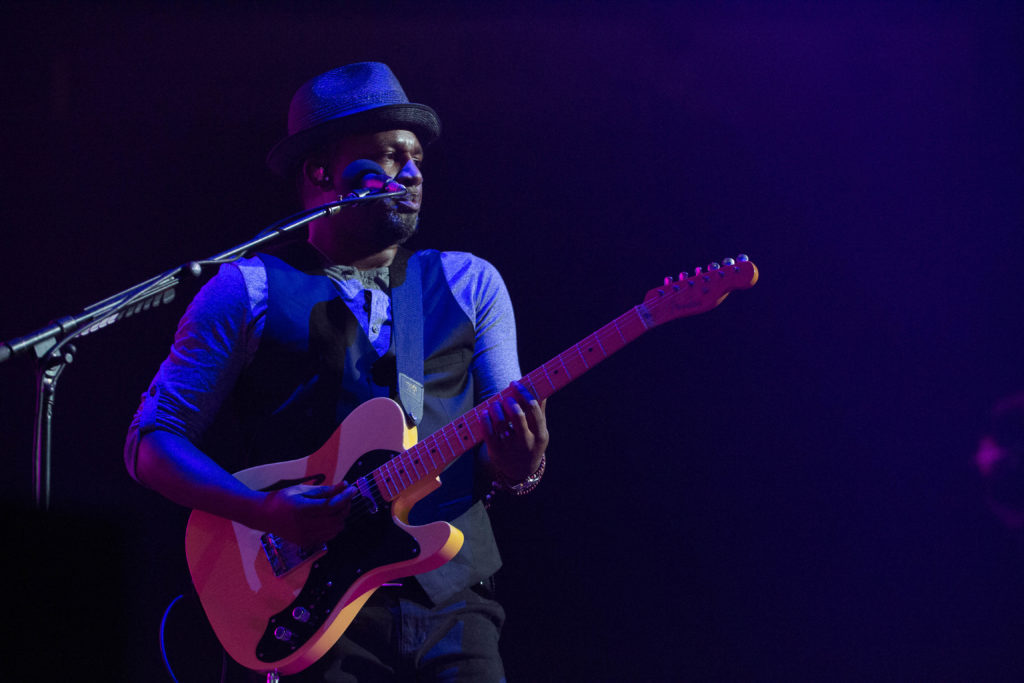 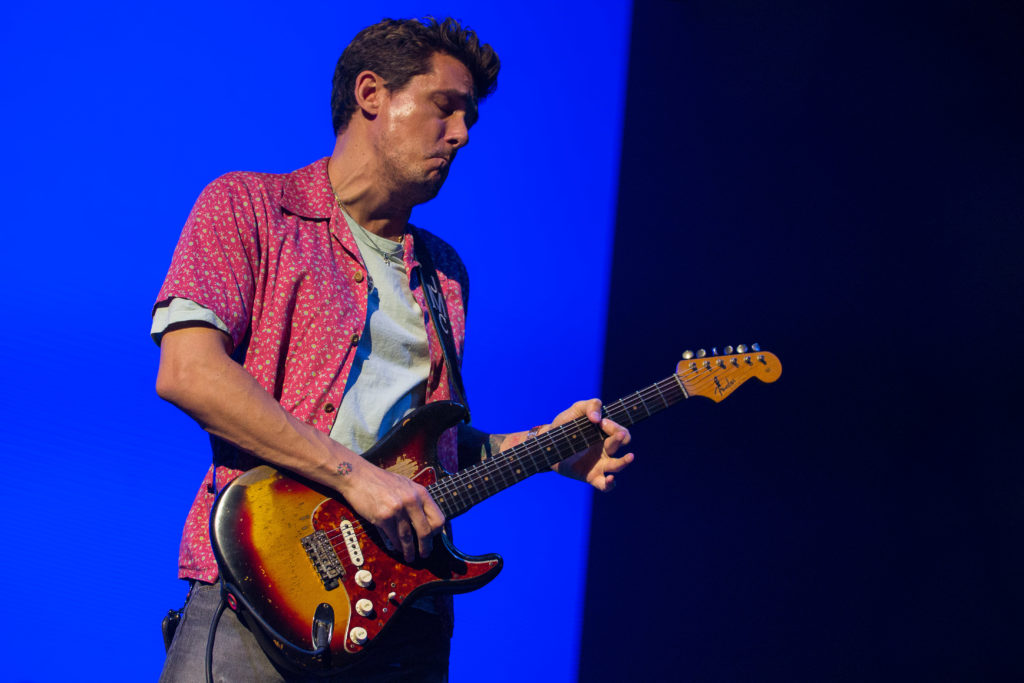 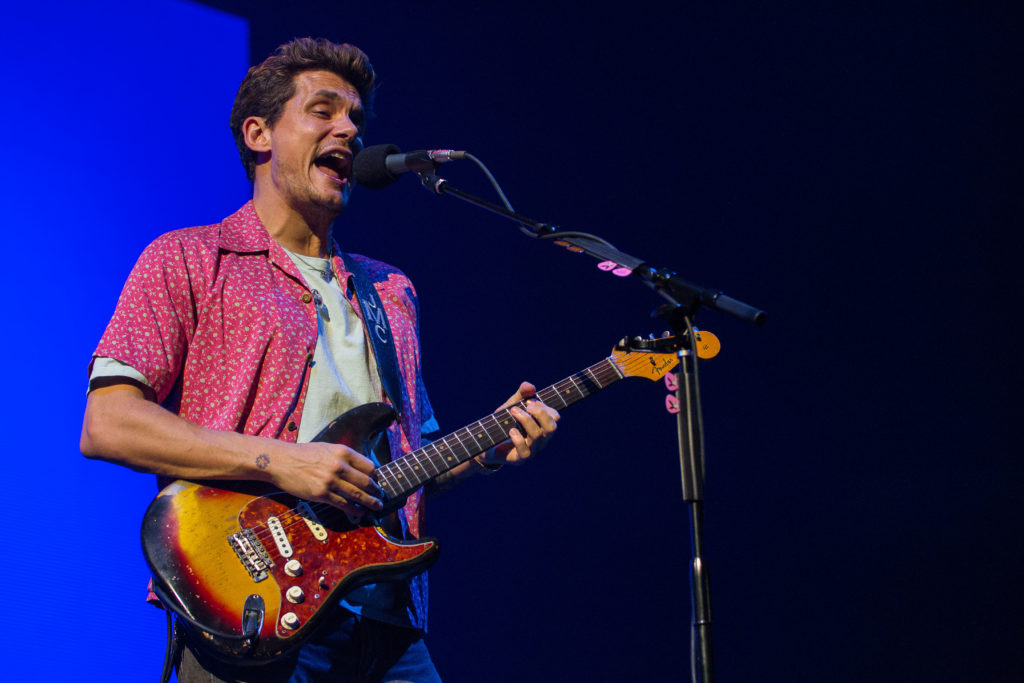 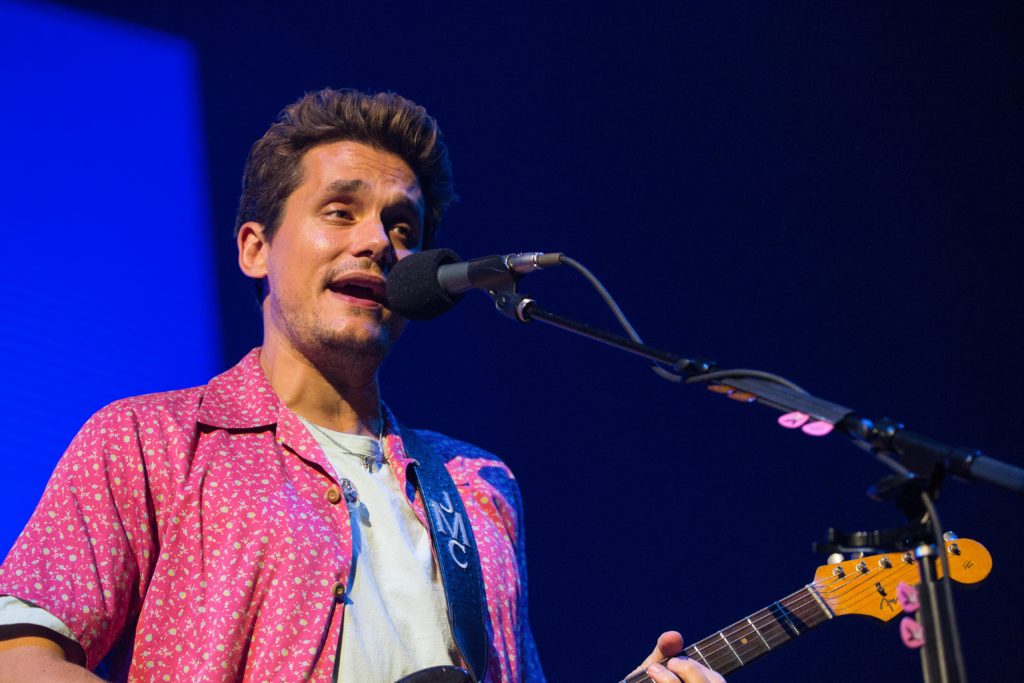 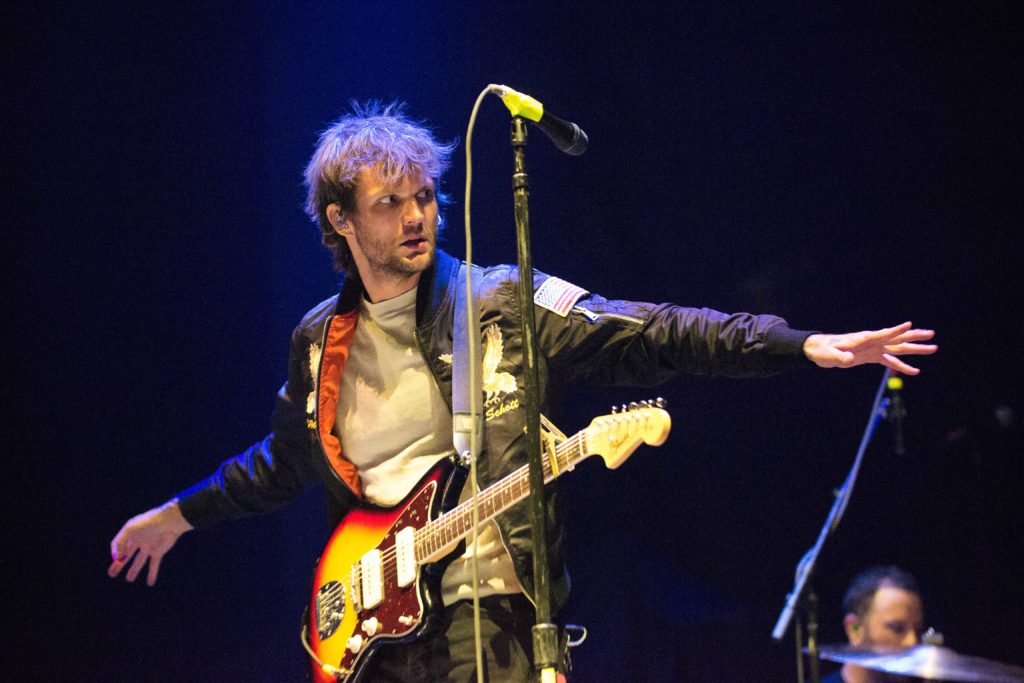 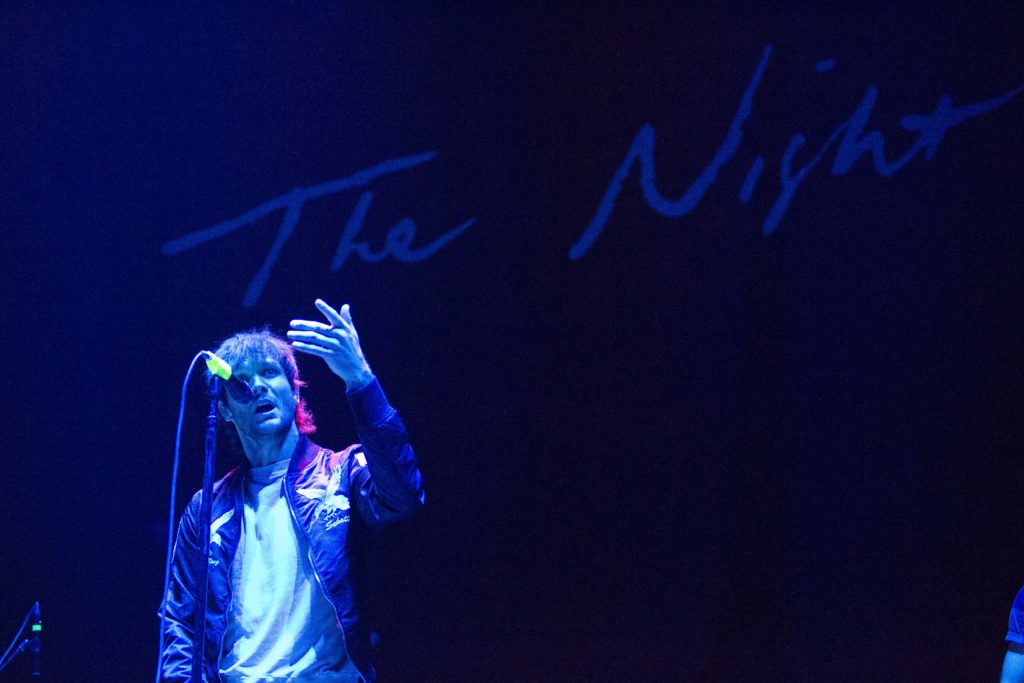 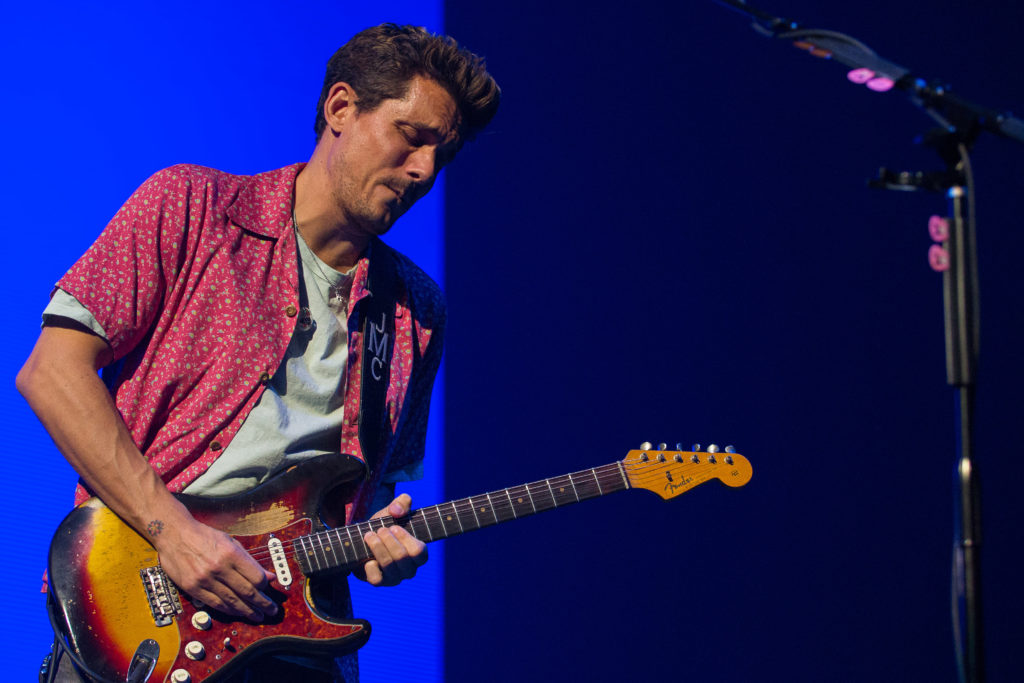