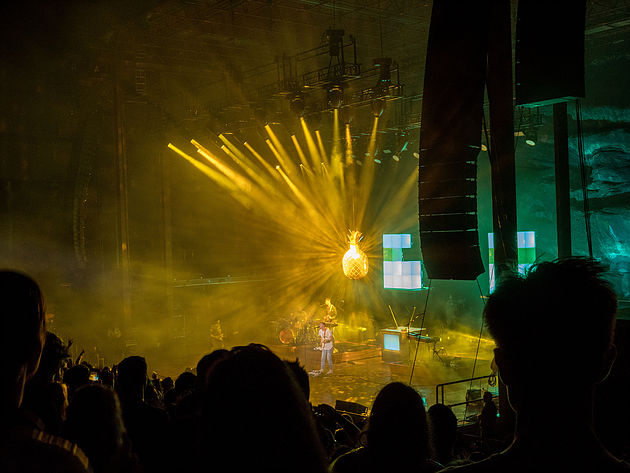 Glass Animals are back in the United States and they did not disappoint at Red Rocks Amphitheatre on July 26th, 2017! The only downside to the show minus the rain….the lack of an opener, as the rail entrance to the venue was jam packed with fans missing half of Little Dragon’s set. Despite that, Little Dragon came out to kick the show off around 7:30p and boy did they perform.  Yukimi Nagano (vocals, percussion) brought the crowd alive with a ‘Ritual Union’ / rain dance party that kept the weather in check for most of their set. She let her soul loose and started a wildfire in the crowd with some new hits for everyone, along with all the ones everyone knows and loves, like ‘Feather’ and ‘Crystalfilm’.

All Images were taken by Daniel Kepple

“10,000 people shuffled into the sold out rows of Red Rocks, eager just as I for the epicness to unfold. It’s not unheard of to experience musical goodness such as this on a Wednesday night, and it’s one of the main reasons Denver holds my heart.”- Tai Carpenter, Compose Yourself Magazine

After Little Dragon finished their set I headed off into the crowd to meet some of the friendly faces Red Rocks brings in from all over the world. There’s no argument that Red Rocks is the best place on the planet to see a live concert! Ask anyone, it’s a true story.

I could feel the powers unfold when Glass Animals came on stage. And despite the rain, they kicked the show off with ‘Life Itself’ followed by ‘Black Mambo’ and ‘Hazey’. The weather didn’t seem to bother the crowd as everyone sang along to their favorite tunes screaming and continuing the dance party in the pouring rain feeling those peanut butter vibes! The rain didn’t bother me either, as I was mainly shooting on the Panasonic Lumix GH5 which claims its splash Proof, dust proof and freeze proof. Not to mention I used less than 2 fully charged batteries the entire night and did a bunch of filming in 120fps slow mo as well as the entire song ‘Life Itself’.

The rain put a damper on everyone’s party and shut the show down for the time being. Everyone but maybe 800 or less people stood out in the pouring rain chanting and singing “rain or shine, rain or shine” and praised the band anytime they stepped on stage. Everyone else split and went inside for cover, left,  or to grab a poncho. About 45 minutes later the rain settled and Dave Farley of Glass Animals came back out on stage and announced to the survivors that he loves everyone for their dedication and support and that the show must go on! 15 minutes later they came back out and kicked it off with ‘Season 2 Episode 3′ and lit the venue up with the most energy I’ve ever seen. Needless to say Red Rock fans were hyped and so was the band.

With their catchy verses and positive vibes it was a show no one will ever forget. “Pineapples are in my head, Got nobody ’cause I’m brain dead.” Every time I hear that verse from now on I’m going to think of the priceless time I had at this show, and if you’re reading this, and you were there, I’m sure you will too. There’s something about the place that makes any show unforgettable. Maybe it’s the way the music bounces off the rocks, maybe it’s the energy and positive vibes the crowd builds up, or maybe it’s something magical that words can’t explain.

Check back soon for the video recap! And if you missed Glass Animals at Red Rocks, don’t miss them on September 25th at the Ogden Theatre. Little Dragon has a slew of North American dates left to catch as well. 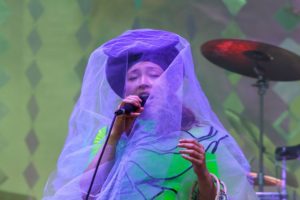 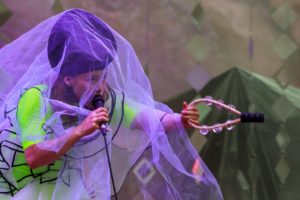 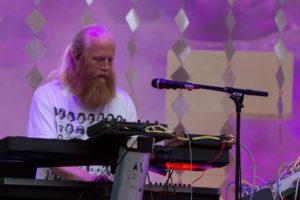 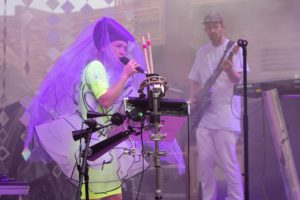 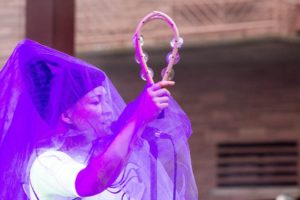 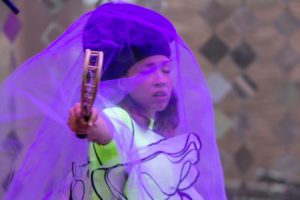 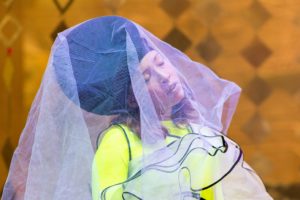 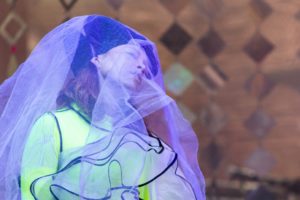 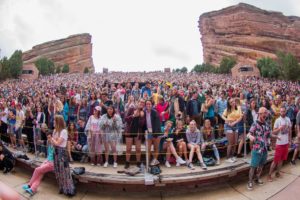 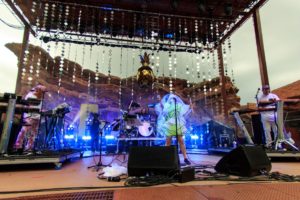 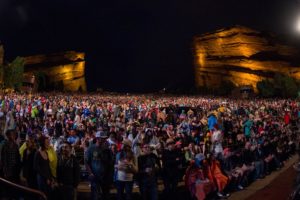 Glass Animals during their Red Rocks performance earlier this year. Shot by Daniel Keppe for Compose Yourself Magazine 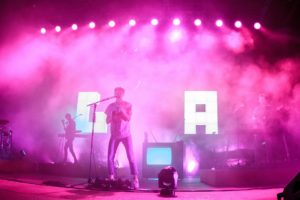 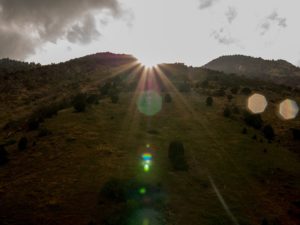 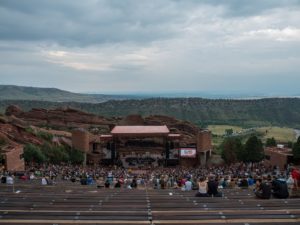 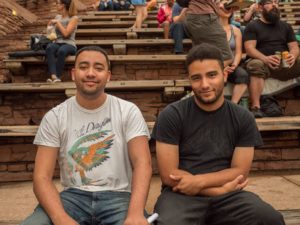 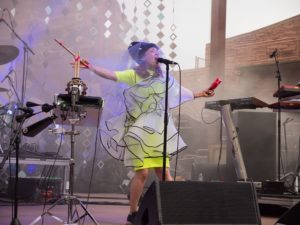 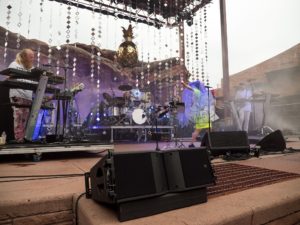 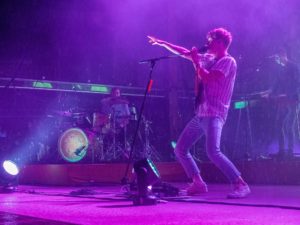 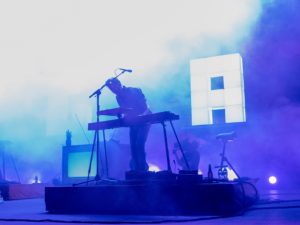 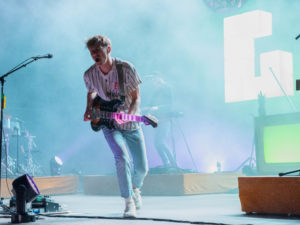 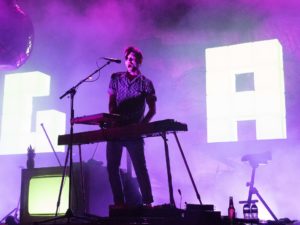 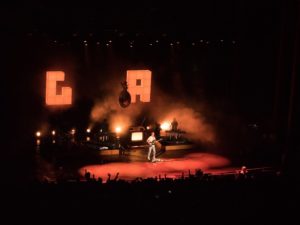 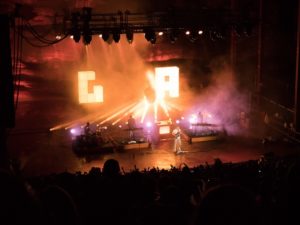 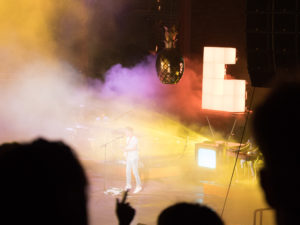 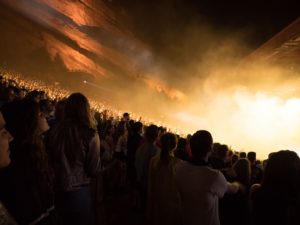 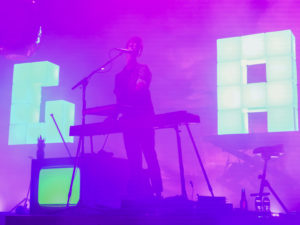