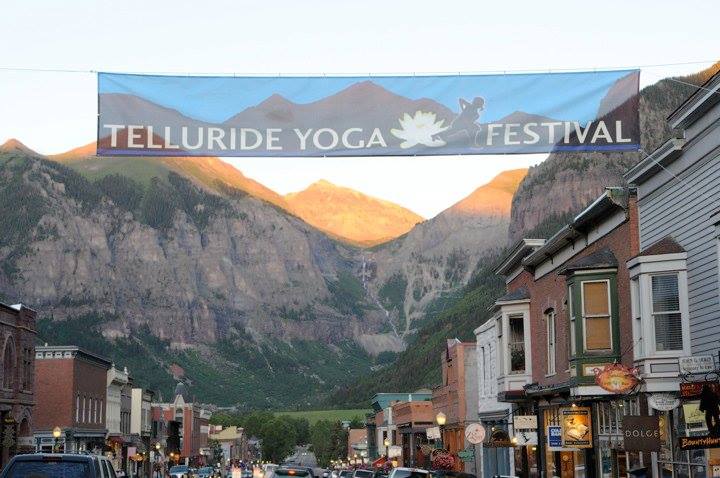 Telluride is the place you can expect to be offered a bed to stay in if you mention you’re camping during a thunderstorm. It is also the place you may be offered a hot shower in a stranger’s house after camping three nights in said thunderstorm. And, while I didn’t expect to encounter this much love during my stay at Telluride’s 10th Annual Yoga Festival, this is what I received. So, it’s no wonder why nearly 750 yogis and 40+ teachers travel from around the world to the intimate gathering tucked away in the Rocky Mountains. 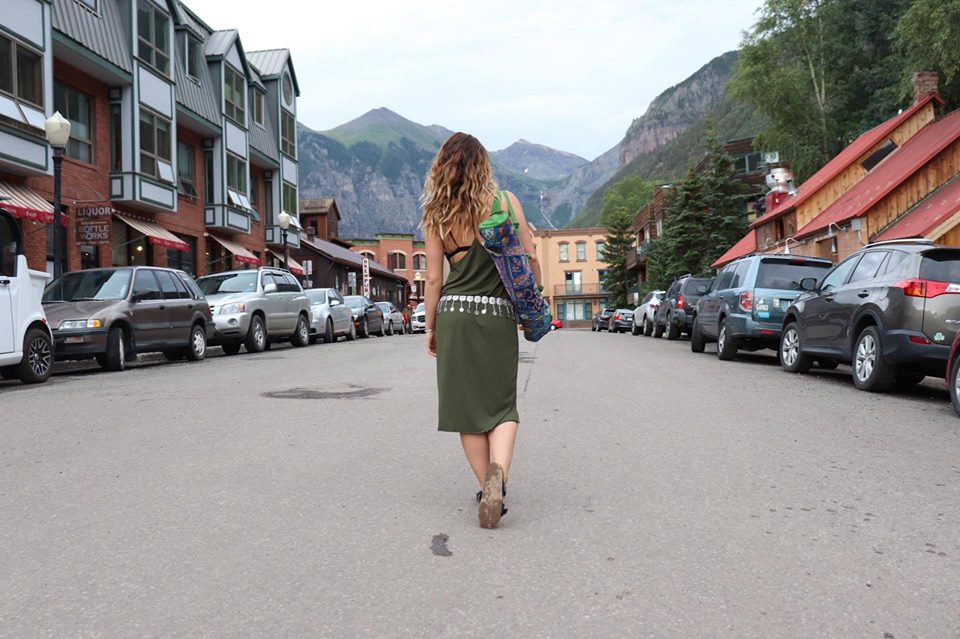 Being a Colorado native, I’m slightly embarrassed to admit that I had never been to the secluded mountain town southwest of Denver. I quickly realized the multiple Google image searches and rave review articles couldn’t do any justice as I rounded the dirt road to expose a snug canyon of quaint homes and local businesses, surrounded by soaring mountain peaks. It’d be easy to call a place as beautiful as this home, and the love found at Telluride Yoga Festival made you believe it was, if only for the weekend.

I began each day waking up nestled away about 15 minutes outside of town in a nearby camping site. The days were mostly cloudy with scattered showers, but I was always grateful for the peace found within the light patter of raindrops outside of my tent to wake me, and the feeling of being fully surrounded by nature.

Classes began early for those that rise with the sun, but as for me, I would seem to wake up and wander in around 10:30 am each day for a ‘Vinyasa & Yin Yoga’ taught by the talented Tymi Howard in an outside tent; or ride to the top of a mountain to ‘Destress. Blissout’ with Karl Straub, who traveled from Switzerland.

Throughout the day, a wide array of classes were offered to teach you, center you, and challenge you to become your most authentic self. Whatever your preference for the day, you could be found slacklining in the park, upside-down on some aerial silks, partnering up in a ‘Thai Yoga Massage’ class, or enveloped in an array of aromas at the local apothecary. All this while being able to enjoy the sights and immerse yourself in the blissful culture of the historic town. 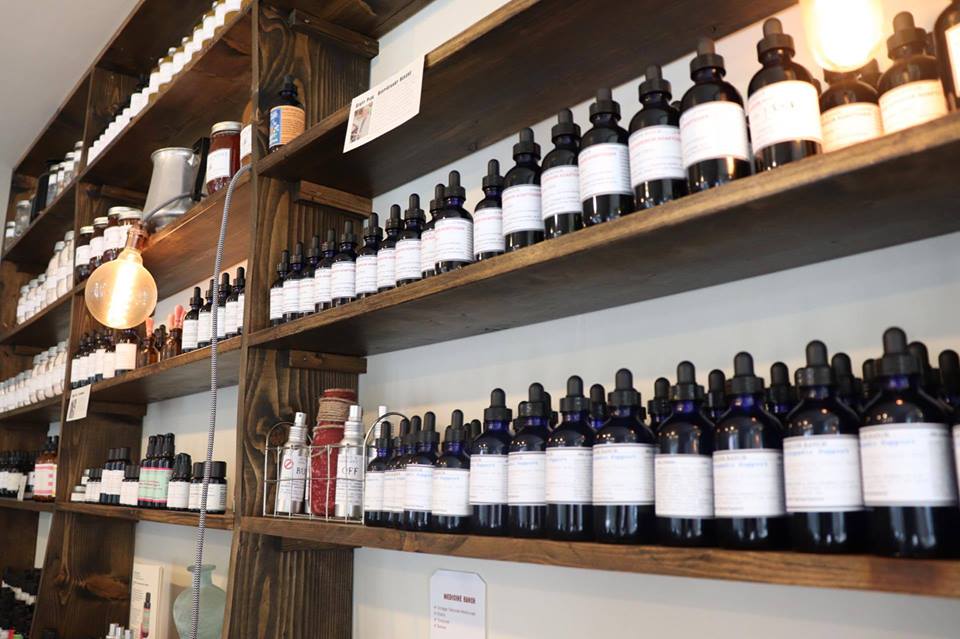 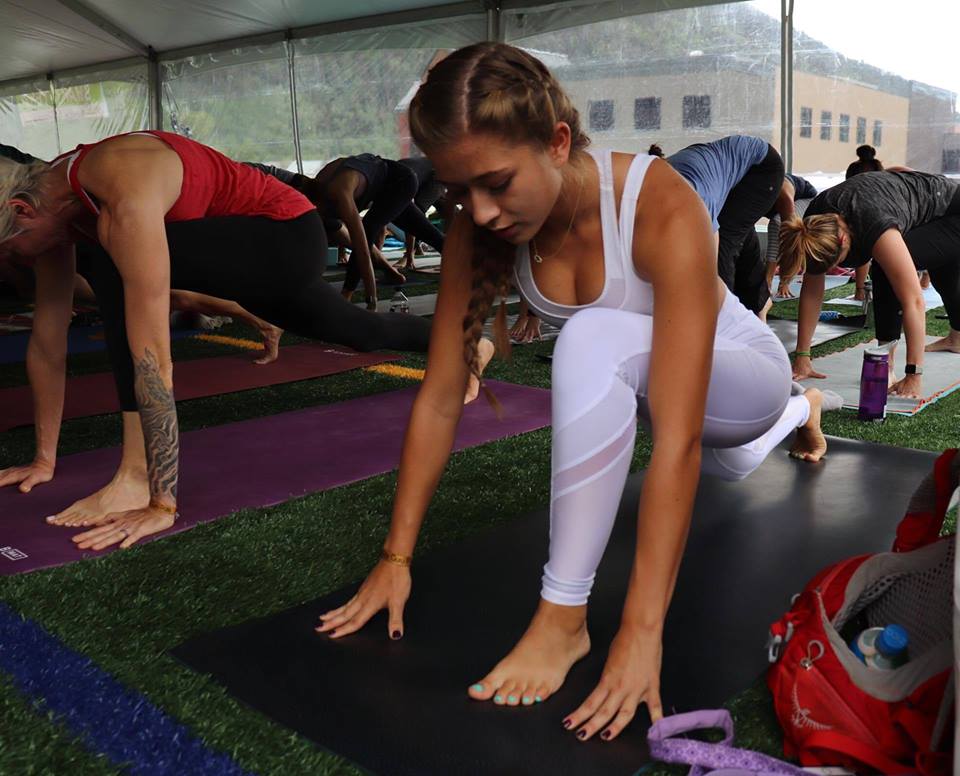 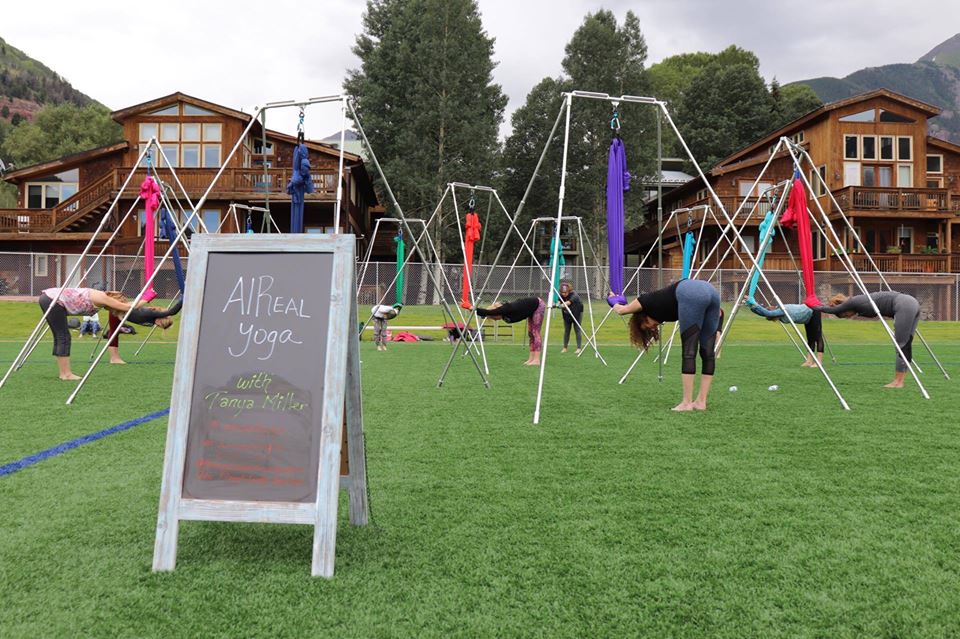 As the sun began to set each night, a handful of yogi’s traveled up the gondola to its peak for a calming class, surrounded by nature, to reflect on the day’s teachings. And some even stayed after for a candlelit flow, which ended up being my favorite class of the weekend. The sense of community, and even family, was prevalent as the days passed, and was a friendly reminder of the true essence of why we were all there: “yoga is the journey of the self, through the self, to the self.” -The Bhagavad Gita 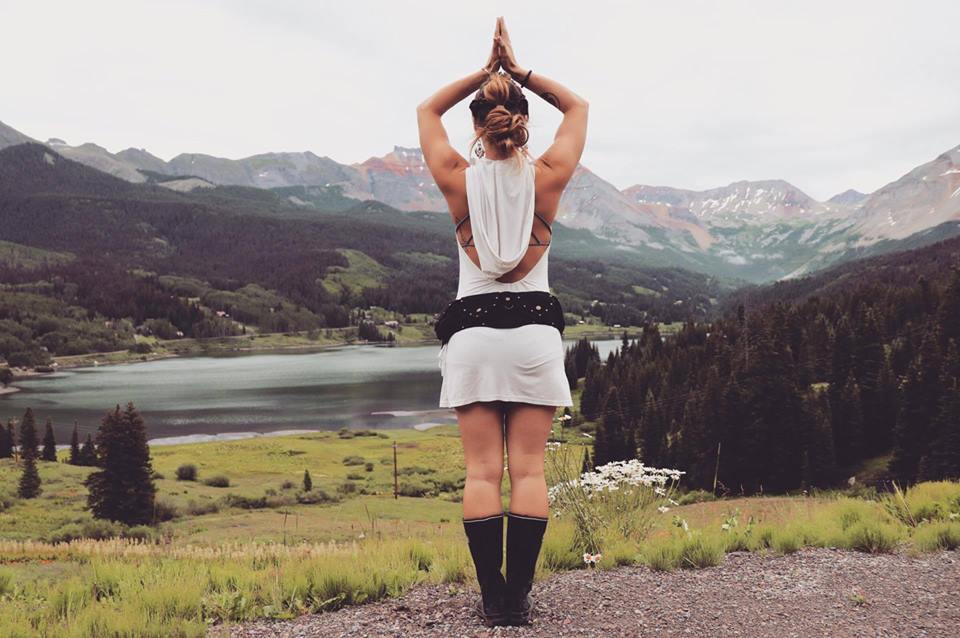