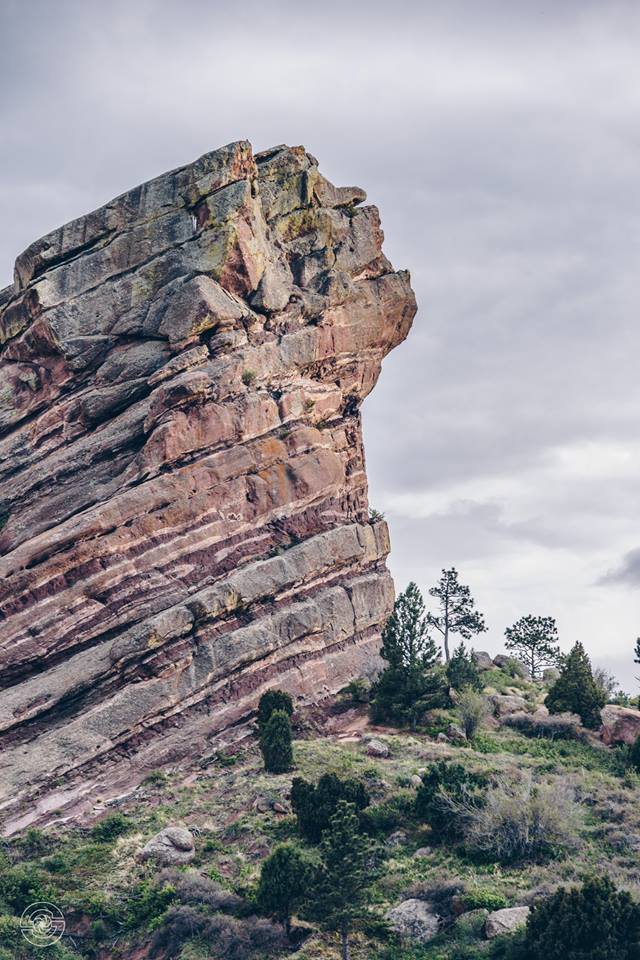 Red Rocks Amphitheater, located on the outskirts of the Denver metropolitan area, has been known to host some of the most prolific events in music history. During the first Saturday in May, Red Rocks continued this trend with Re:Creation: an event that had artistic and musical talent dripping from the monoliths.

The evening was armed with well over a dozen visionary painters sprinkled alongside the main venue area including an on-stage appearance from Alex and Allyson Grey and visual projections by Johnathan Singer. Papadosio continued to lead the conscious connectivity between art and music with their second headlining performance at the legendary Colorado venue.

As the sun began to set on the steamy Spring day, patrons began to file in from the lot and build on the energy that was already growing onstage. Colorado native Supersillyus got the speakers warmed up for psy-bass all-stars Desert Dwellers. The duo was joined by a djembe player, flutist and female vocalist for a special “live” set that put the crowd in a euphoric bass trance.

With almost no break in the music, Desert Dwellers waved goodbye and handed things off to Elliot Lipp. While only slotted for a half-hour set, Lipp took off immediately as he shook listeners from their seats with his unique stew of Hip-Hop inspired synth lines. As darkness began to fall, the venue started to crowd as Lipp ended his set and the DJ table was carried away.

With the stage lights switched on, local favorites Sunsquabi took the stage behind their instruments. This booming three-piece brought the thunder, literally. Flashes of lightening could be seen in the distance as Sunsquabi played through an electrifying hour long set. Funk-filled jams littered with electro-beats and big bass lines had the whole venue getting down. 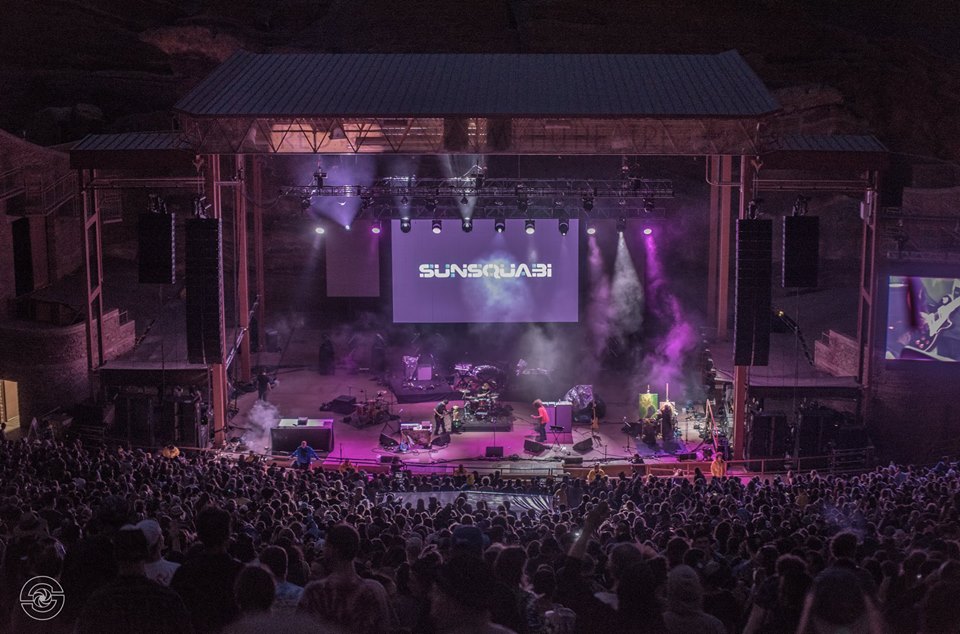 About halfway through their set, Sunsquabi invited Turbo Suit saxophonist Nick Gerlach onstage for some of the most explosive songs of the set. While on-stage the group matched the crowd’s infectious energy as the band could be seen smiling, screaming and jumping their way through the remainder of their time.

After SunSquabi thanked their hometown crowd and said goodnight, An-Ten-Nae took his place on the side of the stage behind his DJ equipment. This was An-Ten-Nae’s first ever Red Rocks appearance and he certainly did not disappoint. His heavy blend of glitch and trance kept the crowd moving and ready to finish the night strong. After An-Ten-Nae’s set, Alex and Allyson took center spotlight onstage. After inviting those in attendance to their temple in New York (COSM) and thanking the evening’s participants the painters introduced the headliner and returned to their easels.

The moon stood high dancing between the clouds as Papadosio finally took the stage. While the storm clouds passed without a drop and the wind stayed steady, guitarist Anthony Thogmartin let a delicate guitar riff ring out into the air. Not long after, the band broke into their fast paced groove “New Love” as the projection screen shined brightly with Singer masterpieces. Papadosio brings a certain diversity in both their sound and their instrumentation. Halfway through the opening song, keyboardist San Brouse stood up from the keys and started playing the guitar for “Big Smile” before the group jumped back into the electronically influenced end of the “New Love” sandwich.

Mid-set saw Papadosio wander off into an analog wonderland as Thogmartin turned to his mixer knobs and the band jammed through “Oblivion”, “Each and Every Wave” and “Vactrollio” all of which can be found on their recent Pattern Integrities EP. This psychedelic and livetronic journey combined perfectly with Singer’s trippy and breathtaking projections. Eventually, the band halted for a moment before drummer Mike Healy busted into a recognizable drum pattern. Before long, the rest of the band jumped in with a crazy jam sequence of “Improbability Blotter” into “Drift” and back into “Improbability Blotter” that had attendee’s heads spinning and was certainly a set highlight.

As the event began coming to its end, Thogmartin took the microphone and thanked fans for all the support through the years before busted into a very unexpected cover of Fatboy Slim’s “Praise You”. Just as that memorable piano line started, Alex and Allyson dropped their paintbrushes and started dancing side stage as the rest of the venue joined in unison. Just before midnight, Papadosio closed the night with a solid version of “Bionic Man Meets His Past” that left Red Rocks ringing with enjoyment.

It’s safe to say Papadosio’s second headlining appearance on the Rocks was a great accomplishment. The combination of first-class art standing alongside the diverse collection of music felt like a true spectacle.  Re:Creation was more than just a music concert, it was deliberate and powerful collaboration of creativity.