Yoni Wolf aka Why? aka the pioneering alternative rapper multi-instrumentalist from Berkeley brought the Mohawk into his vision of the future last Wednesday. The show was in support of Why?’s new album Moh Lhean, an absolutely beautiful and wholly original tour de force from the matured musician’s mind.

On stage Yoni stood behind the most diverse setup I’ve ever seen one person play. Before him was half a drum set, a keyboard, a programmable controller, and a microphone. He drummed and rapped with a laser intensity, leaving his musical podium only to take over bass or guitar duties from a member of his touring band.

The setlist was primarily an all out aural exploration of the soundscapes of Moh Lhean. Their genre defying music is such a fusion it becomes jarring when one genre, like jazz, overtakes a song.  Yoni is a man who made a name for himself producing some of the strangest hip hop I’ve ever heard yet most of his new music is devoid of rapping. Certainly there is still a hip hop influence in the instrumentation and delivery but Moh Lhean sounds like the music robots would make if they ever learned to love. Their performance of new single The Barely Blur started off sounding old timey and soulful until it dissolved in a cacophony of screams over music that sounded like an airplane landing. 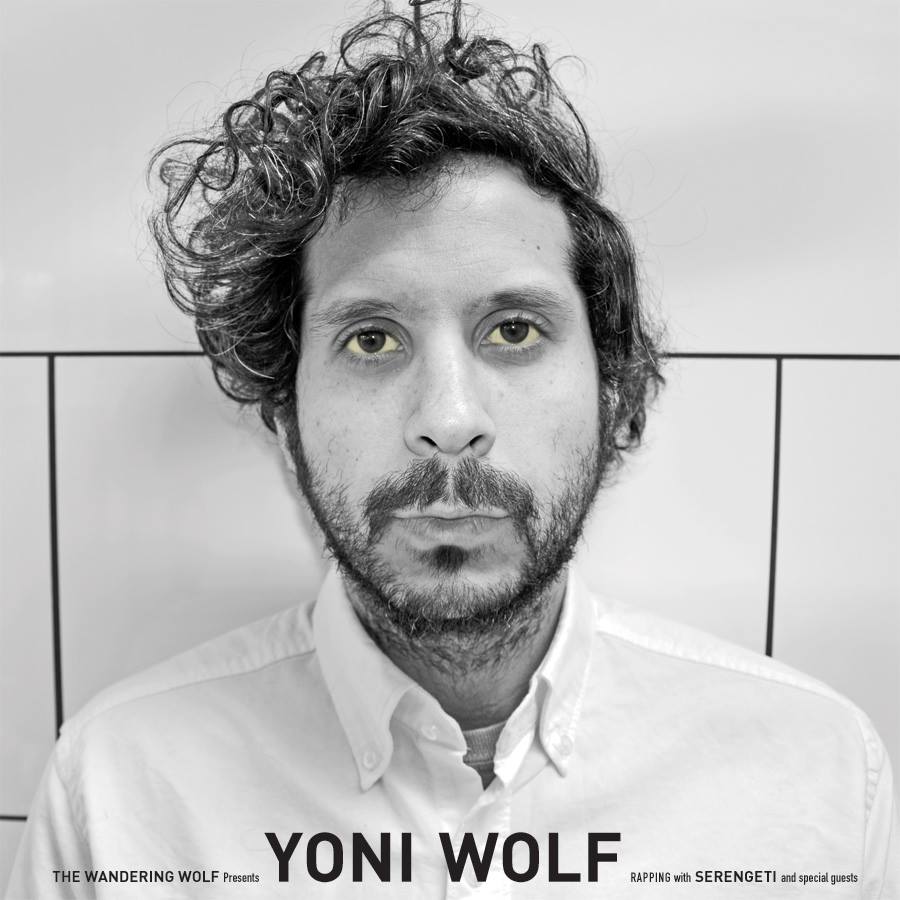 The set was peppered with crowd pleasing classics like All of The Vowel’s Part II and These Few Presidents – both from my favorite Why? album Alopecia. For these Yoni stood at the center of the stage, guitar in hand, with a facial expression that straddled the line between intense and disinterested. He is not one for dancing, speeches, and on stage antics – he lets the music alone drive the performance – but he played with such ferocity the pick literally broke in half during Vowels.

The most surprising part of the act for me, but a given element for a stadium packed full of devoted fans, was the band’s acoustic encore. They walked off stage and returned to crowd four deep around a microphone – harmonizing over an acoustic guitar accompanied by keyboards. Though I was unfamiliar with the songs they were playing, the rest of the audience went into overdrive, belting out every lyric about watching two gay men have sex in a basketball court in Berlin.

Overall the show was a joyous treat full of unexpectedly beautiful music and intimate moments. The green lighting brought an element of intensity to the stage that only served deepen Yoni’s formidable presence, almost as if the band were monsters climbing their way out of a swamp. Why?’s new music stands among their classics from Alopecia as the best in their catalogue and only serves to deepen the variety of styles they bring to the table. Do not miss the next time they come to town.

Click here to find a show coming to a theatre near you.