The Bassnectar team is back at it with their latest reincarnation of the underground warehouse parties of the 90s, and this time they are finally blessing the Northeast with a specially curated event for the first time since Basscenter 2014 at Madison Square Garden!

Basslantic City: Another Bassnectar Family Gathering is bringing the underground vibes of September’s Basslanta event to Atlantic City, NJ on April 28th and 29th for a weekend of heavy-hitting bass music from ill.Gates, Caspa, Nosaj Thing, Eprom, Ninth Child, The Widdler, and of course Bassnectar himself.

For this two-night extravaganza, Bassnectar has brought in a whole gamut of support. Openers include such bass music veterans as ill.Gates, who has been at it for 16 years and has produced numerous tracks in collaboration with Bassnectar (in addition to enriching the scene by providing free online music production tutorials to aspiring music producers which can be found here), and Caspa, an early pioneer of the UK bass music scene whose “decade-deep discography” has helped to shape the global spread of dubstep, bringing the grime to stages and clubs all over the world.

Bassnectar has also enlisted The Widdler, who is newer to the scene but has been making a huge splash since his first release in 2013. Masterfully blending roots reggae and deep dubstep, The Widdler is known for his exceptional live sets (such as this one from Sonic Bloom 2016). I’ve heard him on Tsunami Bass and I’ve heard him on Funktions, but I can’t even imagine what this deep dose of bass will sound like over Bassnectar’s rig. Another innovator in the bass music scene whose set is sure to melt some minds is Eprom. Known for his broken beats and gritty synths, the subsonic frequencies of Eprom’s music will rustle your jimmies in the very best way. 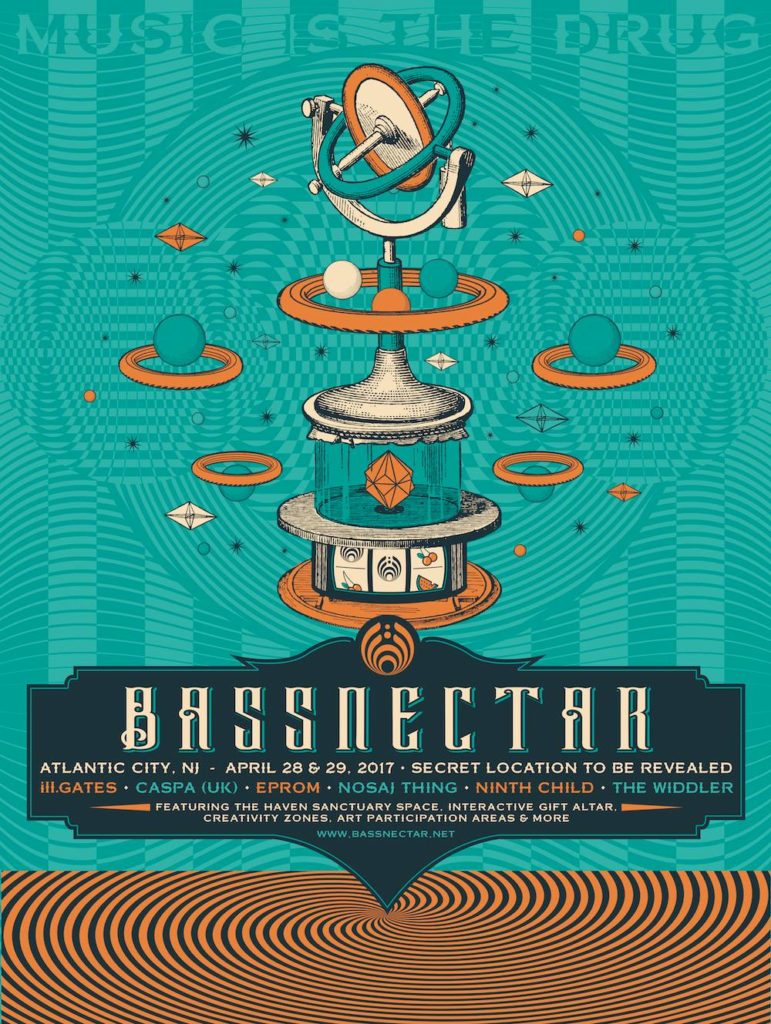 I guarantee that his set will also bring out the stankiest of bass faces, so keep an eye on your friends who are less familiar with his music and don’t miss their first reaction. To balance out the deeply rumbling bass vibrations, Nosaj Thing complements the lineup with music that explores the softer and more melodic side of the bass music spectrum. Since his debut in 2006, Nosaj Thing has produced widely acclaimed hits for such hip hop icons as Kendrick Lamar, Kid Cudi, and Chance the Rapper

Also bringing a lighter touch to this heavy-hitting lineup is Ninth Child, whose dreamy melodies are sure to round out the weekend on a softer note. Ninth Child also produces and writes all of her own music videos and visual content, calling her work “as much a visual project as it is a musical one”.

It’s very refreshing to see a badass woman on this lineup and I’m eager to experience the visual and audio experience that she curates with her sets, especially on Bassnectar’s setup.

For those who were feeling eager on Tuesday at noon, fan club presale tickets for Basslantic City went on sale for a few seconds. For the rest of us, regular tickets are now available on Ticketmaster!