If you know me at all, you’d be aware that dairy and I are not friends. We got along mutually for years with the aid of dairy pills keeping the cool between us, but sadly to my demise, the power of the pills decided to leave me at one of the year’s worst dietary events, Thanksgiving dinner.

Milk is pretty acidic contrary to popular belief, and although you may be able to consume dairy at your own free will, I’d advise you to stop drinking milk. Its not good for you or for the environment. Humans were not meant to drink the secretion of another mammal, which is why as mammals ourselves, we produce our own kind of milk, and have babies avoid cow-milk. Even someone without lactose issues can destroy their stomach and become lactose intolerant with the overconsumption of milk. I did this freshman year via too many quesadillas, and became entirely intolerant by the end of the year.

In addition to this, although it’s natural to pump cows for milk, we could really do better without them (sorry cows). They’re basically just eating and farting all day long, taking away valuable food resources (corn, wheat, some greens) while emitting methane into the air. Seriously though. 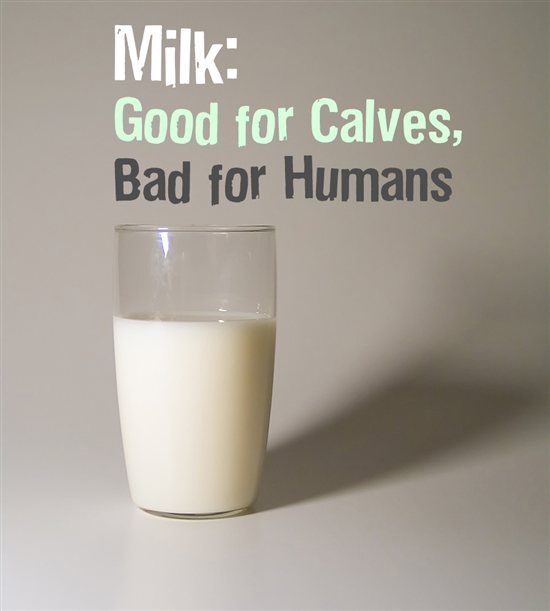 “Cows contribute 3 percent of Britain’s overall greenhouse gas emissions and 25 to 30 percent of its methane.”

Dairy milk can be replaced in thousands of ways but unfortunately the majority of the U.S. population doesn’t know how, instead choosing to believe false information we are taught as youngins. Such as, “Drinking milk will make your bones strong!” which couldn’t be more wrong.

Milk contains protein, vitamin D, and calcium. These nutrients however, can all be consumed through a large variety of different healthy and natural foods, such as nuts and super greens like kale. Ultimately, these alternatives prevent your body from milk’s harm and in addition, reverse green house gasses due to the creation of new plants.

If you’re not currently lactose intolerant you don’t have anything to worry about in your immediate future. My issues stemmed from years of consuming dairy slowly eating away my stomach lining. But still, be weary of your milk consumption and try to avoid. Use milk alternatives (rice, soy almond, hemp) and most importantly, educate others! #fuckmilk