TAUK has easily become one of my choice bands since first stumbling upon their entrancing set at Wakarusa back in 2015. The quartet hailing from Oyster Bay, New York, is breaking boundaries in the experimental-heavy-rock-fusion arena with their progressive instrumentals and illustrious sound. Their newest E.P. Sir Nebula is a true testament to their musicianship as it sends listeners on an exploratory journey into the Sound-space continuum. Read our album review below followed by some Q&A with the band! 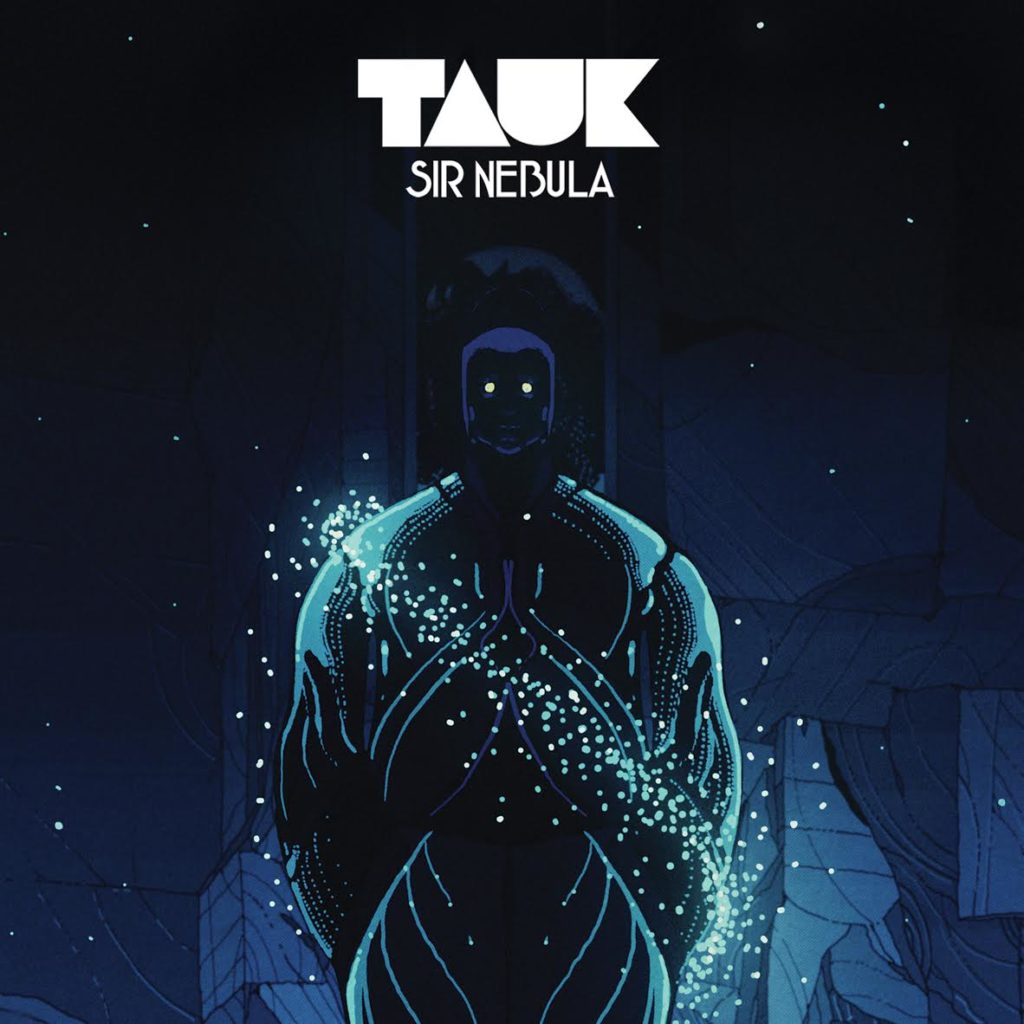 ‘Horizon’ kicks off Sir Nebula as Matt Jalbert (Guitar) and Alric “A.C.” Carter (Keyboards/Organ) blissfully layer listeners into an intergalactic journey through the galaxies. The duo of Charlie Dolan (Bass) and Issac Tell (Drums) completes the sound and sets the stage for the four to explore and test the limits of their sound throughout the entire album. ‘Informant’ and ‘Time’s Up’ run seamlessly together with playful splashes into pleasurable aural realms of what I would imagine floating on a cloud would feel like. The vibe shifts a bit with one of my favorite tracks off the album, ‘Rainwalk.’ If I were a superhero discovering a newly found land in the jungles on a mission to save the world from destruction, this hard-hitting, powerful anthem would guide the way. Next up is ‘Waver,’ easily another favorite off the album. This is when the literal definition of nebula takes effect: ‘Waver’ would be the birth of the star and ‘Where You Are’ would be representative of the layers of interstellar space dusty clouds and Hydrogen cascading slowly from the nebula’s center. All comparisons aside, the drum and bass combo that is Teal and Dolan goes together about as properly as tacos and tequila, so there is not much stopping the band in that aspect. The album rolls on with Carter’s otherworldly synths and dark organs contrasted with Jalbert’s huge playing range. Highlights of the rest of the album for myself are ‘Shenanigans’ and the final track on the album, ‘Flashback.’

Sir Nebula is quite the representation of TAUK’s entirety as a band. Their growth over the last few years and rise in popularity is quite telling to the type of vibe these guys bring to the table. For being strictly instrumental, TAUK does an extraordinary job of keeping it interesting, entertaining and leaving the listener always intrigued and curious for what is next. The band is currently on tour in the Northeast part of the country and we were able to ask them a few questions about the new album, their NYE dates lined up with Lettuce and other dope sh*t the band is up to.

CYM: Thanks so much for taking the time to talk to Compose Yourself! I just want to know, do y’all ever get tired of TAUK puns, because they might be my favorite thing ever!?

Matt Jalbert: Never. We fully embrace them all. My personal favorite would be “Watchoo Taukin’ Bout!?”

CYM: Oh, love it! How ‘bout that ‘Horizons’ video? Such a badass concept. How did the idea originate?

Matt Jalbert: We were put in touch with Po Chen Chia by a friend with the idea of doing some sort of animated video. He came up with this really cool visual concept and it really fit the mood of the song. Once we saw his original concepts we just told him to keep experimenting and all of that resulted in a lot of pretty unique outcomes. Having something to visually represent our music is something we’ve talked about a lot and after seeing the possibilities with this video it’s definitely a world we want to explore a lot more.

CYM: I caught y’all at Highberry back in July and have been a huge fan ever since. What have been some of y’all’s highlights since the Summer?
Matt Jalbert: We’re at the end of a nice long Fall Run right now that has been full of a ton of highlights. It’s been our first tour headlining all the way out to the West Coast and it’s been really encouraging to see that we have people supporting us all over the country. It’s been kind of unreal and really makes us want to give back that much more. We’ve gotten some great experience being able to hone in our show throughout the tour and get comfortable playing longer sets and sometimes two sets depending on the night.

CYM: Lettuce TAUK about those NYE Lettuce shows though. Seriously, why would anyone want to be anywhere else for New Years? Have y’all ever played with the Lettuce crew before?

Matt Jalbert: Ahh I see what you did there! That’s a double whammy. We’re definitely pretty pumped for New Years with those guys to say the least. New Years should always be a celebration and their music always creates the exact funky party atmosphere you would want. We actually just did a stop with them in Denver at the Fillmore and that was absolutely one of the highlights from the run so we’re ready to meet back up for some more crazy shenanigans.

CYM: How has the release of Sir Nebula been treating you? I absolutely love it. Has is been fun playing the new material on this tour?

Matt Jalbert: It’s been great. The feedback has been really positive which is definitely encouraging. It’s always fun working new songs into the sets. We spent so much time with the material in the studio working on the album and after being able to play a lot of the stuff throughout the tour it’s nice to see the new directions the songs have taken in the live setting.

CYM: Okay, switching gears. What are each of you listening to on repeat right now? I always love to hear what gets people moving and shaking these days.

Matt Jalbert: I can’t speak for the others but for me, I’ve been digging into a bunch of Wayne Krantz. Also the new Tribe Called Quest album. These videos keep popping up on my Facebook of Nate Smith playing drums and his groove is unreal so I’ve been looking for anything and everything that he is on. I’ve been on a Wilco kick for a little while too now, I really like their newest album.

CYM: Rad! Tribe album is for sure up there and now I got some other new music to look into. Thanks and thanks for sitting down with CYM, Matt! We will see y’all out there. 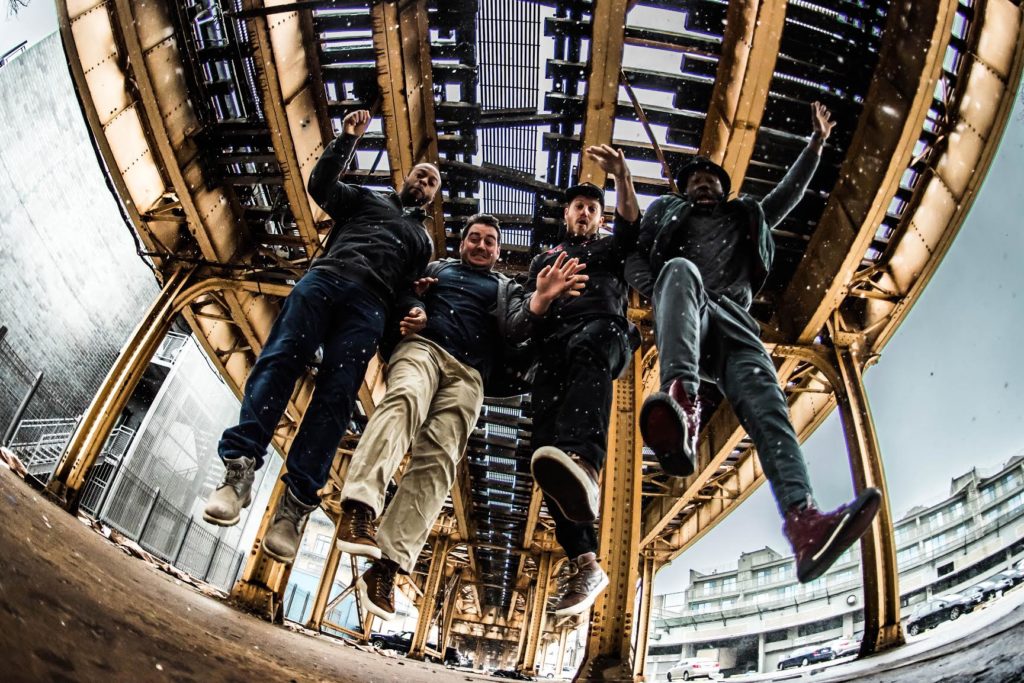