Pacific Patterns, a.k.a. Christopher Peterson, is an up and coming electronic producer hailing from Portland, Oregon. We had the pleasure of witnessing his first festival set at What The Festival in June and cannot wait for the next one! Pacific Patterns has been creating non stop this year, with four new releases in the last two months. Get familiar with Chris and his journey through sound with our interview below and be sure to check out his unique and groundbreaking production before he blows up!

CYM: Yo! Thanks for talking to us, Chris.  We first got word of you up in Portland and then caught your set at WTF. Give us a ‘lil info on how you got into the bass scene and your background.

PP: Well it started in 2014, New year’s day. I woke up with this thought in my mind that I just needed to go play shows. I remember the words going through my mind “Wow. I need to network like a mother fucker.”  At this time most of my friends weren’t involved in the scene at all, let alone electronic music. I hit up the first person who I remembered made beats, Ted. He told me to go to a Sublimate show, I went and just forced myself to talk to people. It was horrible at first. I got way too drunk because I was nervous. I continued to attend and eventually started promoting shows with them. After infiltrating Sublimate I infiltrated a few other Portland production companies, Doki Doki and Booms and Claps. By infiltrate I mean pay money to go to their shows, support the artists, dance, and make funny jokes on the internet as well as direct people to the events. I’ve made some of my best friends through this because we all share a burning passion to hear forward thinking bass music.

CYM: With Summer time at a close and Winter right around the corner, what have been some of your highlights of 2016? What The Fest?!

PP: Yes What the Festival was definitely number one. I was anticipating performing there since I attended for the first time the year before. I met tons of great friends there and my friends who I attended with, well, we are still talking about it to this day. It really drew the scape of how large and unique our community is in the north west. I realized something when I left Mr. Carmack’s set to go see Chase Manhattan’s. It was sort of involuntary. It’s just what we do up here. We support each other.
Aside from WTF, there are definitely a few notable moments. I opened for a lot of my favorite producers this year including: Sweater Beats, Wave Racer, and Graves. I played a silent disco on a boat. Bought XXXXL t shirts with Josh Pan (yes four x’s). Chilled in Seattle and met G. Jones and Great Dane in the same night, two of my biggest faves. One of the most notable experiences was being able to host my own birthday party via Doki Doki. I had my friends make memes making fun of me that were projected over the four dj’s that I picked for the night. I seriously have some amazing friends. Oh yeah one last thing: I’ve been a huge fan of Saturate since I was introduced to them back in 2014 by the Sublimate folk and I was able to land a release with them this year.

CYM:  Sounds like you’ve been non stop slaying this year! You’ve been releasing a lot of new tunes lately…collabs with Wolfkin, Chase Manhattan, GinjahBeard…can’t stop, won’t stop! How do you stay motivated?

PP: Well I wanted to go back to the first question for a second. Remember I said I woke up with that thought in my head that I needed to play shows? Well being involved with so many production companies got me a lot of local shows. In my early business-oriented mind, I set shows as something that would bring growth. I’ve recently realized it is a juggling act and it takes energy in all departments to grow in a healthy way. So now I’ve taken a short hiatus from local shows and am focusing purely on producing and networking my music without anyone else’s agenda. The thing that keeps me motivated is that I literally can’t see myself doing anything else. I feel lame saying “I do it because I love it”…Damn right you better love it. I do it because there isn’t anything as selfless as sharing a piece of yourself to the entire world and letting them experience it without any inhibitions. I remember reading a skateboarding magazine where someone in an interview said “Nothing feels better than landing some sort of trick down ‘x’ number of stairs.” It’s the same thing as producing and performing music. There is no better feeling to share who you are and have people respond to it. Also La Croix.

CYM: Do what you love and share it with the world–damn straight! Also, LMAO at La Croix. Who are your biggest artistic influences right now? Who are you listening to?

PP: One of my biggest inspirations are nature documentaries on Netflix. Packed full of really cool information. Just feeling my mind expand really helps me feel creative.  Other than that the biggest motivation to making music is just actually making music. I’ve found once I sit down for an hour and push the ball hard enough, even if I hate every sound I make and start to doubt every ounce of effort I’ve ever put into music, after about an hour the ideas just start coming on their own with a sort of momentum. The momentum that I already have is something that also keeps me going.

As far as listening, there are so many so here are a few. X & G and Josh Pan- They’re curating a heavier type of music that isn’t abrasive. Tsuruda – just wild, G. Jones – makes really genuinely exciting music, Holly – collaborating with a ton of people very inspiring, Levitate – His music is just flat out jaw dropping. His music tells a story, West1ne – so nice and compressed in all the right places. Shades, Ivy Lab, Eastghost- no need for explanation.

CYM: I know you are a super nature freak (as am I). What are some of your favorite outdoor shenanigans to take part in?

PP: Funny thing about that is I love nature, but I spend most of my time inside. I don’t seek out adventures in nature mostly because I’m very allergic to everything and have fairly bad asthma. Also I eat small meals every two hours. I hate lugging around food. I prefer to be in front of my computer getting a screen tan. Don’t get me wrong, nature is one of my biggest influences although I don’t make an effort to explore it much. I love camping occasionally. Just being in nature is a feeling of its own. I spent a lot of time hiking in the woods and up and down the beach when I was a kid and now that I live in a city I don’t crave these outdoor experiences as much. Being in nature actually just makes me sad. It’s so beautiful by design. Everything is functioning whether we understand it or not. Every time I’m in nature it reminds me that the human race is fucking it up exponentially.

CYM:  Screen tanning is equally as rad…without the risk of getting skin cancer, so we’ll take it. What’s coming up for PP and how can fans follow you and keep up with you? Any Halloween shenanigans planned in the PNW?

PP: No Halloween bookings but I will be attending a secret Laughing Planet employee costume party/ competition. My girlfriend works there and all of the branches are competing for best costume and each store has its own theme of costumes! The best way to follow me is on soundcloud-facebook-twitter-instagram everything /pacificpatterns. I started a new facebook group for updates on new releases which I’m planning to release a song every one to two weeks. Its called “PP PPL.” Also my friends in there make funny memes and jokes about me so it’s pretty entertaining.

CYM: Thanks for your time and keep killin’ it!

PP: Thank you hope to see you around the festival circuit next year!

Keep up with Pacific Patterns in ALL of the ways below… 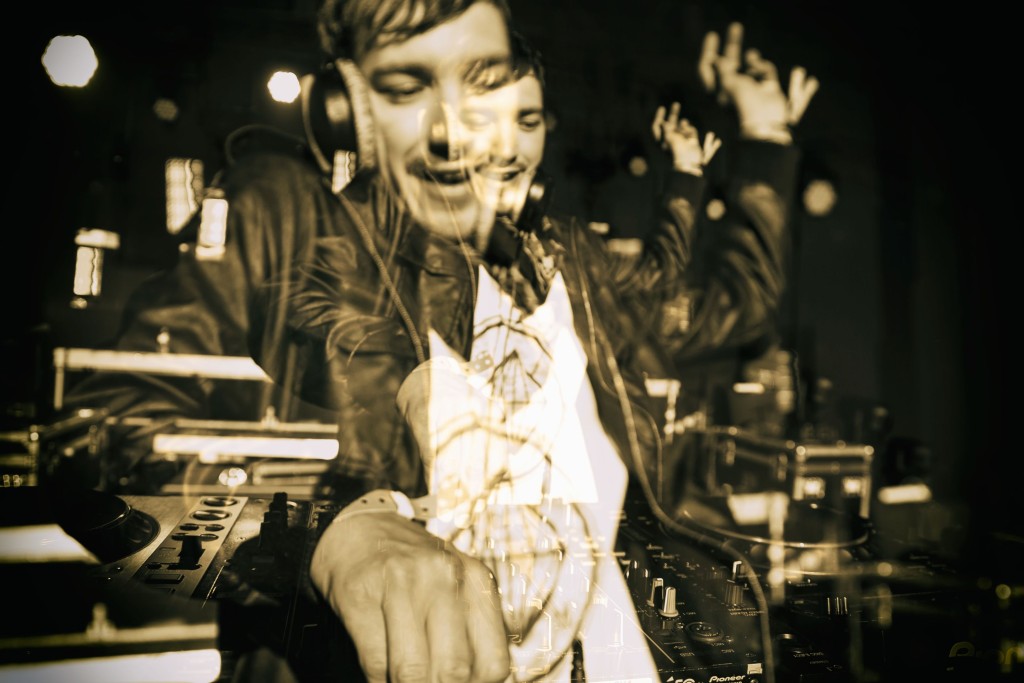