North Coast Music Festival returned to Chicago’s Union Park to bid farewell to the summer festival season with a successful celebration of music, art and community. Now in its seventh edition, NCMF ushered in some changes this year that helped make the festival become a dynamic powerhouse in a crowded festival arena. NCMF’s ability to adapt to patron’s suggestions as well as put together a well-rounded musical lineup has contributed to its longevity and popularity since its inception.

Midwest freaks, ravers and music lovers alike made the pilgrimage to the West Loop to enjoy an array of headliners including Odesza, Grouplove, Bassnectar, Logic, Zedd and Umphrey’s McGee during Labor Day weekend. While there was no shortage of great music throughout the weekend, probably the most notable modification was the elimination of one of the stages entirely. Union Park is a fairly small area and the remission of this stage helped minimize sound bleed while also adding more room for additional vendors and art installations. 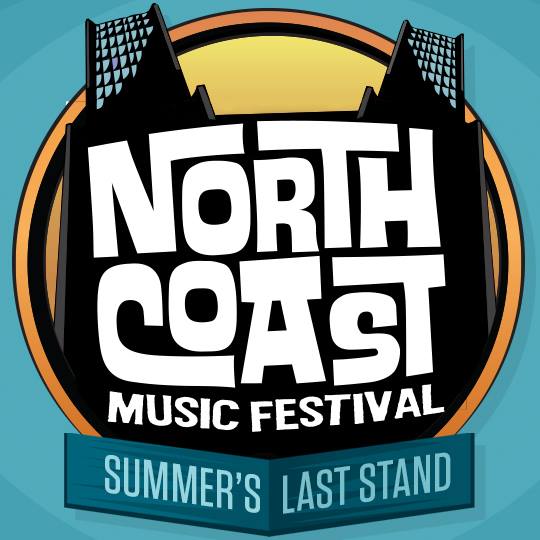 While the one stage went missing, the other three main stages and the Heineken House production did not miss a beat. Friday’s highlights include a mid-day dance-filled throw down during Golf Clap and Hermitude followed by a gangster ridden sunset led by Juicy J that had the whole crowd rapping and swaying. Odesza closed out night one with beautiful soundscapes accompanied by live horns, a guitarist and multiple appearances by the Chicago Bulls Drumline.

Sun and blue skies were abundant all weekend long but things started to really heat up for the second day of the festival. By lunchtime Coasties started to file in for what ended up being the biggest crowd of the weekend. After easing in with Twiddle’s ringing guitar and jam, fans started to head toward the thumping bass in the back. That pounding was the trance-rock fusion trio Future Rock who have played every year paying homage to their hometown.

As the sun began to sink things got a bit funkier in the park. The Floozies had the festival grooving with their brand of electro-funk before being sent to outer space with an amazing, psychedelic performance from The Claypool Lennon Delirium. Just as the band, led by the power duo of Sean Lennon and Les Claypool, were about to end their set, the Bassnectar logo was displayed on the main stage screens. As people started to walk away from the band Les Claypool slapped his bass and left the stage with a final word: “If that’s Bassnectar, then I’m the Bass Mucas.”

After initially battling some sound issues, Bassnectar eventually overcame and found his groove. Blasting heavy bass, beats and swagger for an incredible set ending with the announcement of the location of his Halloween show which will be hosted in Peoria, IL. As the lights came on people headed toward the exits anxious for more.

The action kicked off early on Sunday as young prog-jam outfit Tauk let their instruments scream out under the sun-laden field. The Polish Ambassador kept the vibes flowing throughout the day before an outstanding performance from new-grass masters, Greensky Bluegrass. At this point of the weekend many of the live art hosted in The Living Gallery and various other installations provided by NCMF’s first ever Pop-up Art Gallery were now completed masterpieces on display.

By nightfall Sunday it was time for one final hurrah. Chicago’s own jam aficionados, Umphrey’s McGee took the stage to begin their two-hour journey to close out the weekend. After starting with the Chicago Bulls theme song, the crowd went nuts and it was clear the band came to rock. The band played a flawless set that included a sit-in from Greensky’s slide guitarist on “Glory,” and an outstanding vocal feature from Jennifer Hartswick on the mind-bending mashup “Electric Avenue to Hell.” Before their quick encore Umphrey’s officially announced they will be spending New Year’s at home in Chicago.