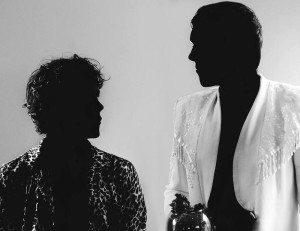 At the center of the stage a disco ball casts beams of brilliant light over a crowd of adoring dancers. The light cuts out, covering Capyac in a rich blanket of darkness.

The taller half of Capyac, Big Sugz, is shadow in tableau – his guitar as dark as the profile of his face. His curly haired comrade Potion is bent over a keyboard, conjuring a soothing synthesized soundscape. Then the green lights flood the stage. Sugz summons sweet riffs from his guitar looking every bit like a Martian emperor: he rocks a space-age Caesar haircut and is draped in a floor length cape. Around me is a sea of bodies possessed by dance and we are sharing a collective experience.

Capyac, the mysterious musical project, are likely to make three costume changes by the time you finish reading this sentence. Perhaps you know them from that pure sex Speedracer video with the synchronized dancers in latex morph suits. Or maybe you’ve been wondering what their symbol means, it looks like someone smoked DMT and tried to draw Prince’s sign. Or maybe you saw them at their first annual fashion show last year, where a Japanese puppet demon crawled onto the runway out of a Miyazaki movie. Or maybe you have no idea who Capyac are and that would make me really sad. 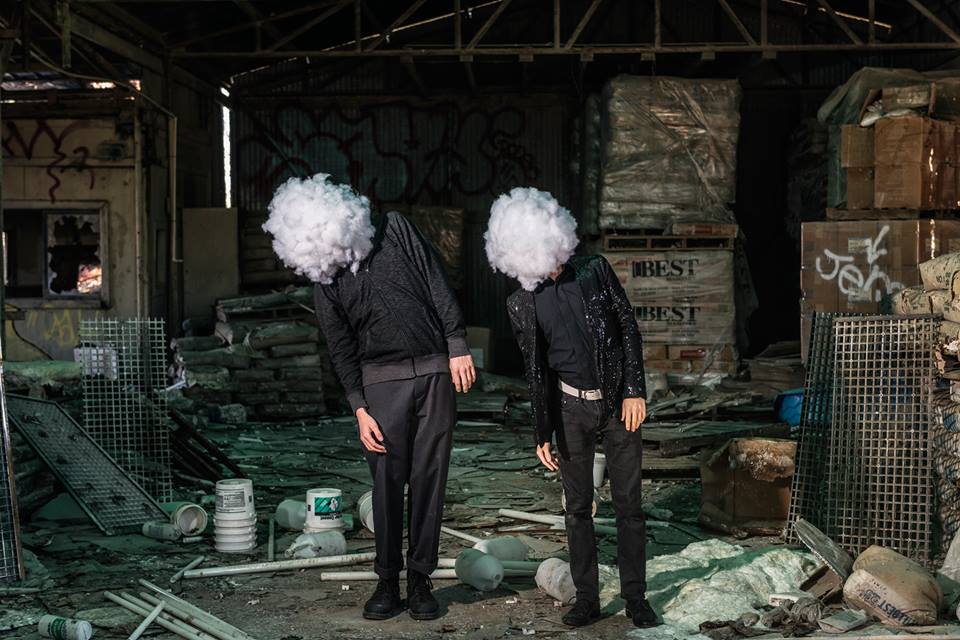 Hot off their first European tour, Austin’s favorite resident Martians beamed down to Empire Control Room for their homecoming show. Having seen Capyac six times I can attest that no two shows are alike. Even when it comes to playing crowd favorites like Speedracer, which has almost 200k listens on soundcloud, they switch it up every time. At this particular show the beginning of the song was soft, far away, and muted. It sounded like it was being played inside a bubble… one that naturally burst, releasing a storm of energy into the writhing crowd. The best part about the night was how happy the band was to be playing a show at home after so long away.

The Austin Music Video Festival afterparty, dubbed “Trash Carnival”, also featured delightful performances by Holiday Mountain and Mamahawk. Capyac debuted their Speedracer video at the last year’s AMV Festival and followed up this year by debuting Aufzug, both off their album Headlunge – which can be bought here.