Austin City Limits Music Festival has catered to the musical cravings of the live music capital of the world for soon to be 15 years now and 2016 is on it’s way to being one of the dopest years yet. With weekend one being just a month away, we have compiled a very special list for our readers. Whether you have tickets for both weekends, are still deciding on your plans or are an ACL newbie, this list should help relieve some decision making stress and get you super fired up for what is going to be two epic weekends in Austin, Texas, history! 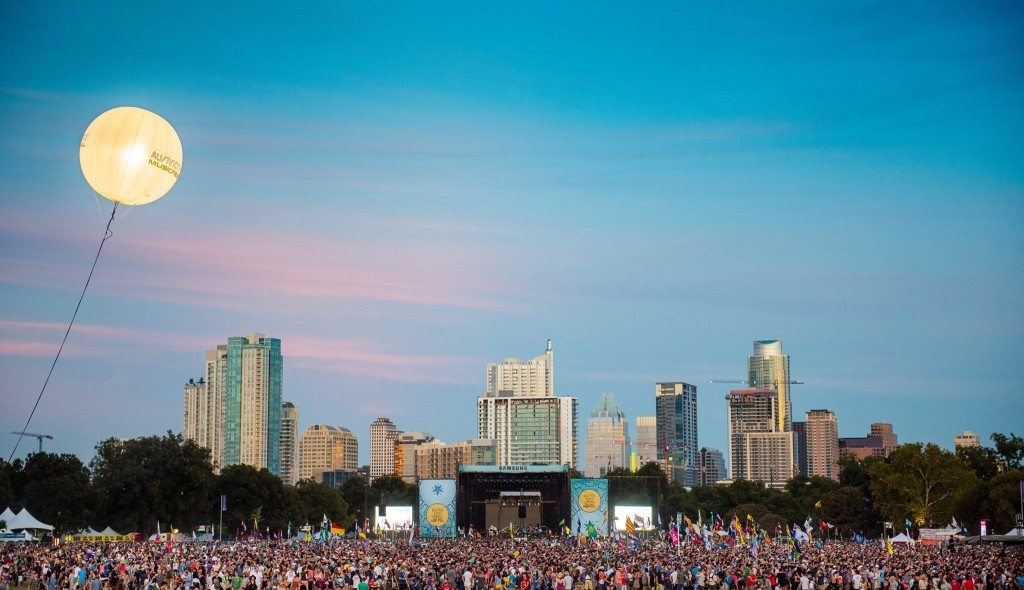 Austin has been one of the hippest place to be for some time now, and although us Austinites are over the population boom, ACL is the perfect weekend for curious travelers to get a dose of the ATX for a few days (but just make sure to go back home). All seriousness aside, the original weird city is an incredible place: filled with nature, amazing vibes and people, The University of Texas Longhorns, breakfast tacos, bar-b-q, queso, the Barton Creek Greenbelt, Southern hospitality and a damn good music scene. There is always something to do in Texas’ Capitol city and ACL weekend will give you a unique taste to the wide spectrum of lifestyles the inhabitants of the city and the city itself render.

ACL always outdoes themselves when it comes to their headliners and 2016 is no different. LCD Soundsystem, Radiohead, Flume, Kendrick Lamar, Mumford & Sons just to start…I mean is an explanation even needed as to why this is one of those “bucket list” cannot miss lineups?! 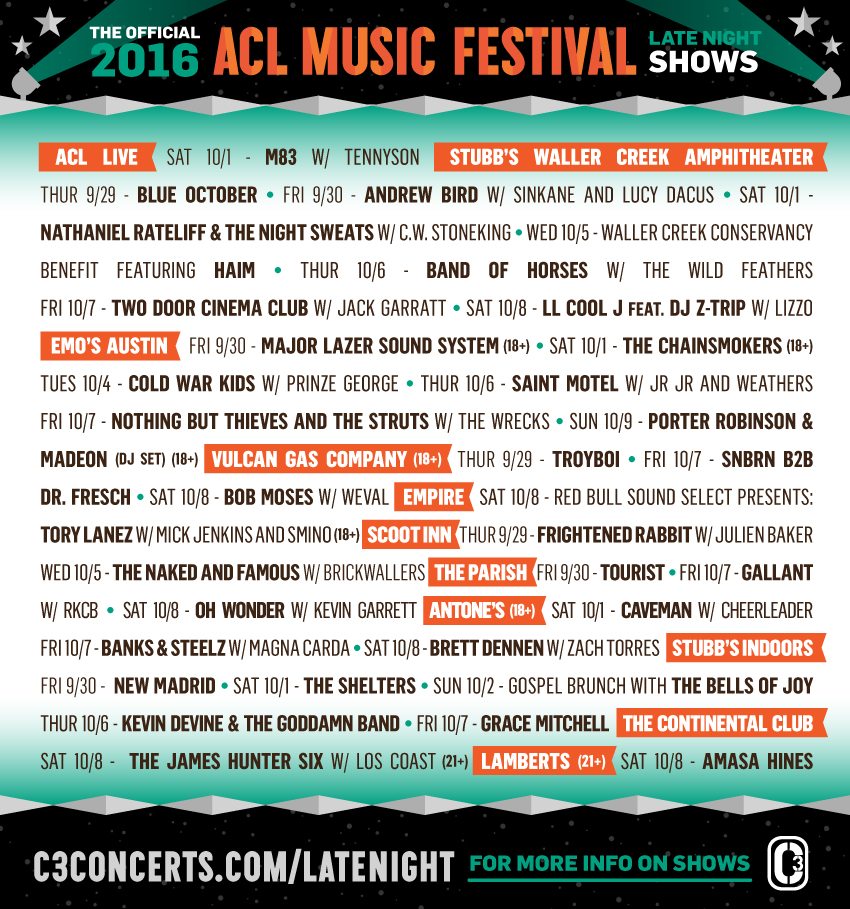 Austin is known for it’s nightlife and music. If you have not had at least one night out on “dirty 6th”, you are Austin-ing incorrectly. Good thing ACL’s official after parties are stacked and packed with some of your favorite artists at some of our favorite legendary Austin venues. Make sure to snag tickets now, because the after shows sell out almost as fast as festival passes do. 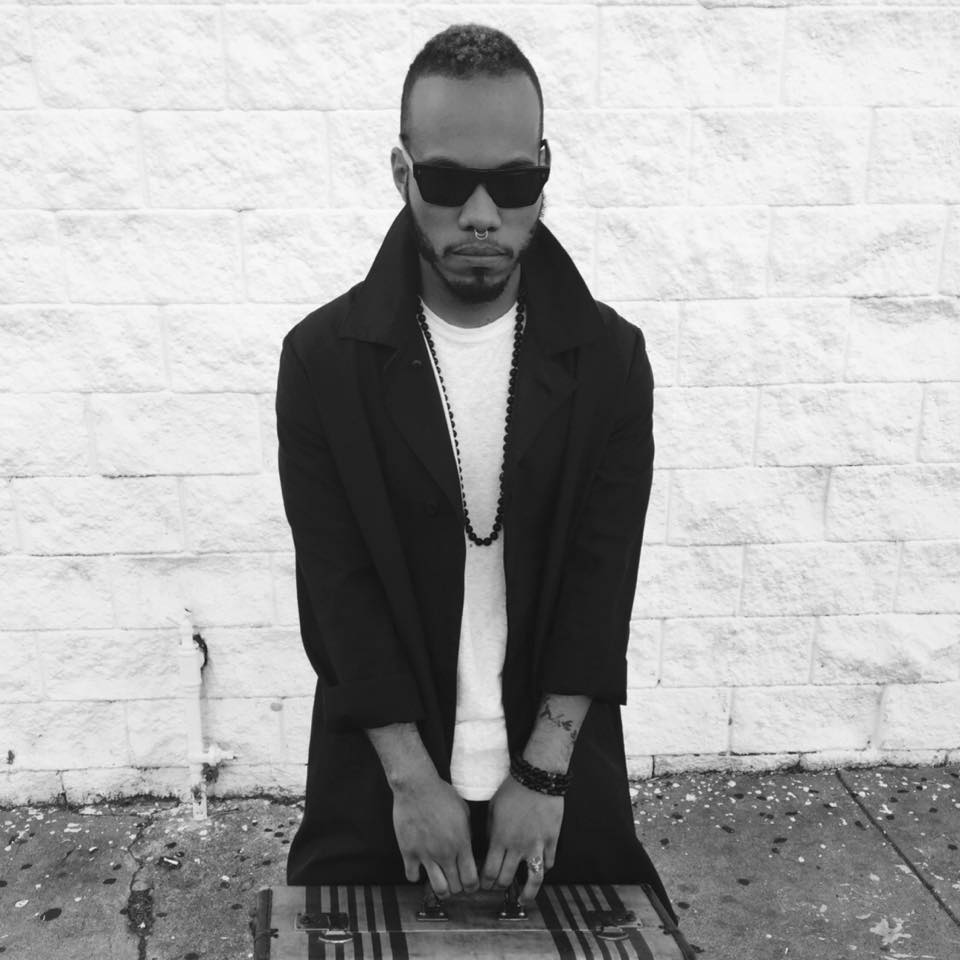 Anderson .Paak & The Free Nationals wow’d us at Vertex Festival and we are stoked to see them again so soon. He delivered one of the best albums of the year, Malibu, January 15th, 2016 and just two weeks later announced signing with Dr. Dre’s Aftermath Entertainment. The consciously aware Brandon Paak Anderson has been on a non stop rocket ship of success in the last year with his educated rhymes, drumming and drive of spreading a message through his artistry rooted in kindness.  Definitely check him out with The Free Nationals, a super talented live band who add audible angst and a rock ‘n roll edge to .Paak’s R&B core.

Austin and ACL are both known for providing some of the hottest and most delicious eats in the nation and we are drooling at this year’s food vendor lineup. With long time favorites Amy’s Ice Cream, Southside Flying Pizza, East Side King, Juiceland, The Salt Lick, Trudy’s, Torchy’s Tacos and many more serving up the best eats, sweets and drinks all weekend, there really is no shortage of belly fillings for you and squad to fuel up on all fest long. From burgers to empanadas to burritos to frozen bananas to pizza to gluten free baked goods, ACL has got your hunger needs fully satisfied. 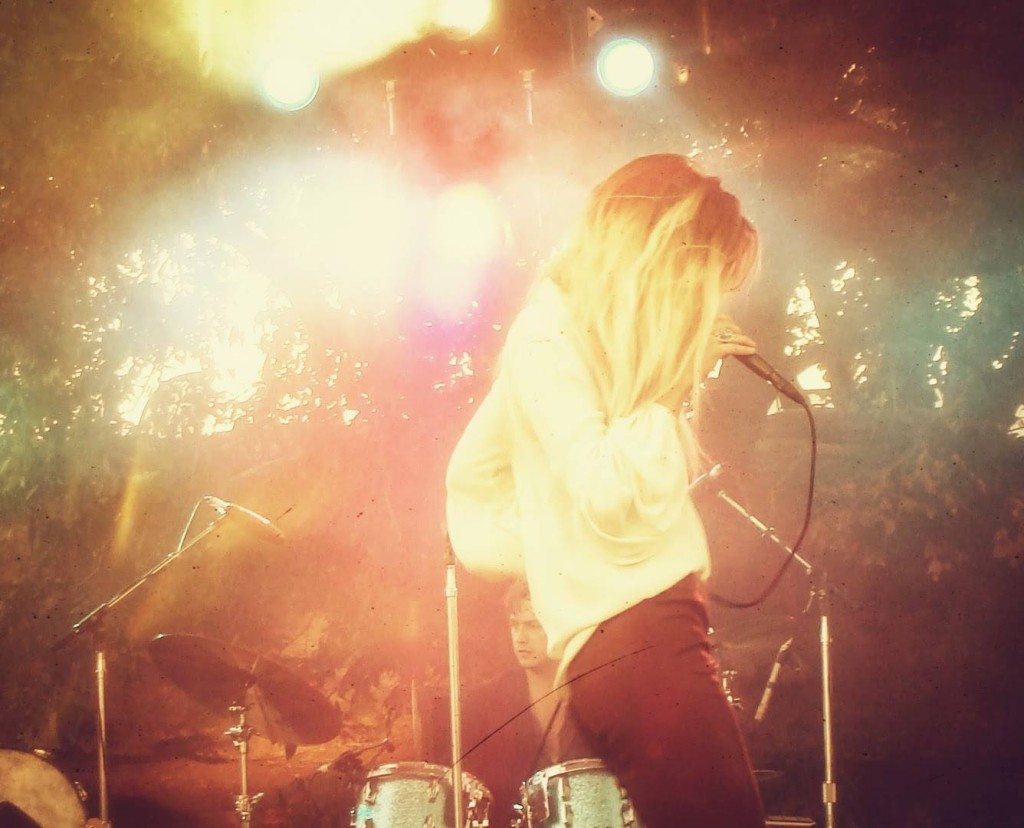 It’s no new news that Wild Belle has got a little rock, a little roll and a whole lot of soul, but their latest album Dreamland is a true musical testament to the band and who they are as musicians in this boiled over industry. Brother sister duo Natalie and Elliot Bergman and their ever evolving band are sure to rip your hearts out, fill them with truth and love, and then fill you with every powerful emotion known to existence. Elliot’s baritone sax solos mixed with Natalie’s irresistible and real ass vibe truly makes a killer combo we have not gotten enough of since the band started creating music in 2010.

Two of electronic music’s favorite names are taking breaks from their solo adventures to B2B tour together and thank the festi gods, grace us at ACL this year. With the announcement of the Shelter Tour and release of single ‘Shelter,’ French producer Madeon and North Carolina’s Porter Robinson have set themselves on a mission to portray their friendship in musical form. If this heater is any glimpse into the show we can expect next month, we are sure in for a serendipitous electronic treat.

ACL began delivering on their craft beer selection a few years ago with the addition of their craft beer garden and every year seems to get more thirst quenching. Get more beer bang for your buck by buying a locally sourced, tasty and higher ABV craft beverage in ACL’s own beer garden. More perks include multiple big screen TV’s to watch all the football action that always falls on the same weekends as the festival. Don’t forget to tip your festival bartenders! 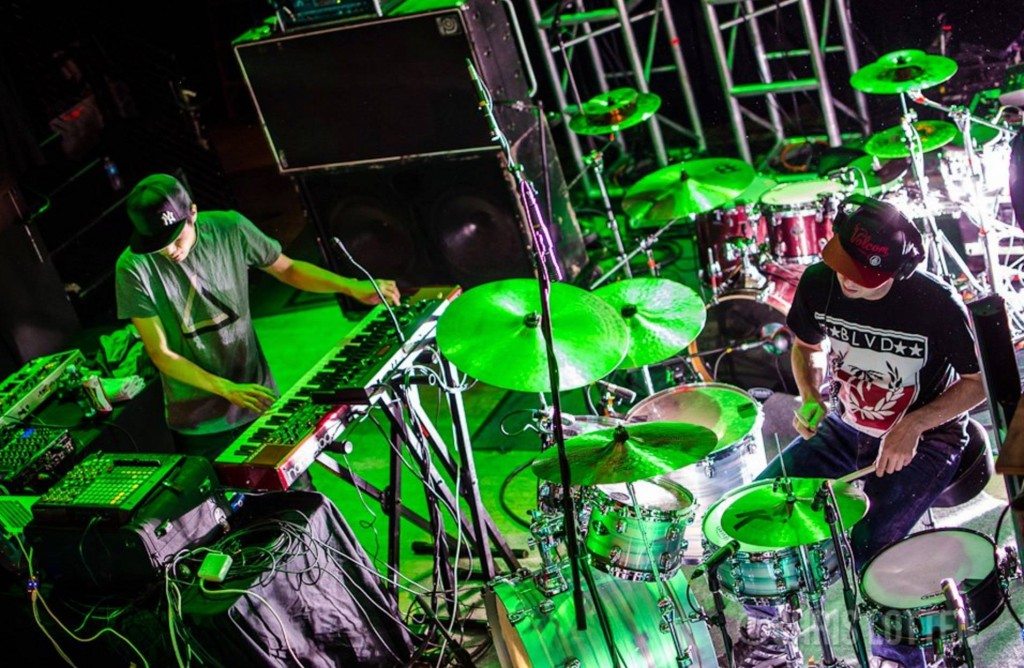 Break Science is the beatmaking duo of Lettuce drummer Adam Deitch and keyboardist Borahm Lee who has most recently been hitting the keys for Pretty Lights. The two have been hitting every major festival and musical event in the last year and as individuals and as Break Science, it is no exaggeration that Lee and Deitch are on straight fire. With heavy soul, hip hop and funk influences, these two instrumentalists and producers sure know how to fuse their unique styles to create an otherworld like sound…be sure to peep their set at ACL this year. You won’t be disappointed.

We love festivals that hold a philanthropic mindset when throwing events that attract 100,000’s of people coming together for the shared love of music. ACL Cares partners with multiple local organizations to gain support for good causes by reaching out to the like minded and enthusiastic festival attendees of Austin City Limits. This year’s 15 organizations cover a multitude of important issues and causes including The SIMS Foundation which provides mental health addiction recovery services for Austin musicians, the HeadCount organization that uses the power of music to register voters and promote participation in democracy, Keep Austin Beautiful and many more non-profits and good-doing organizations. Find out all the ACL Cares info here. 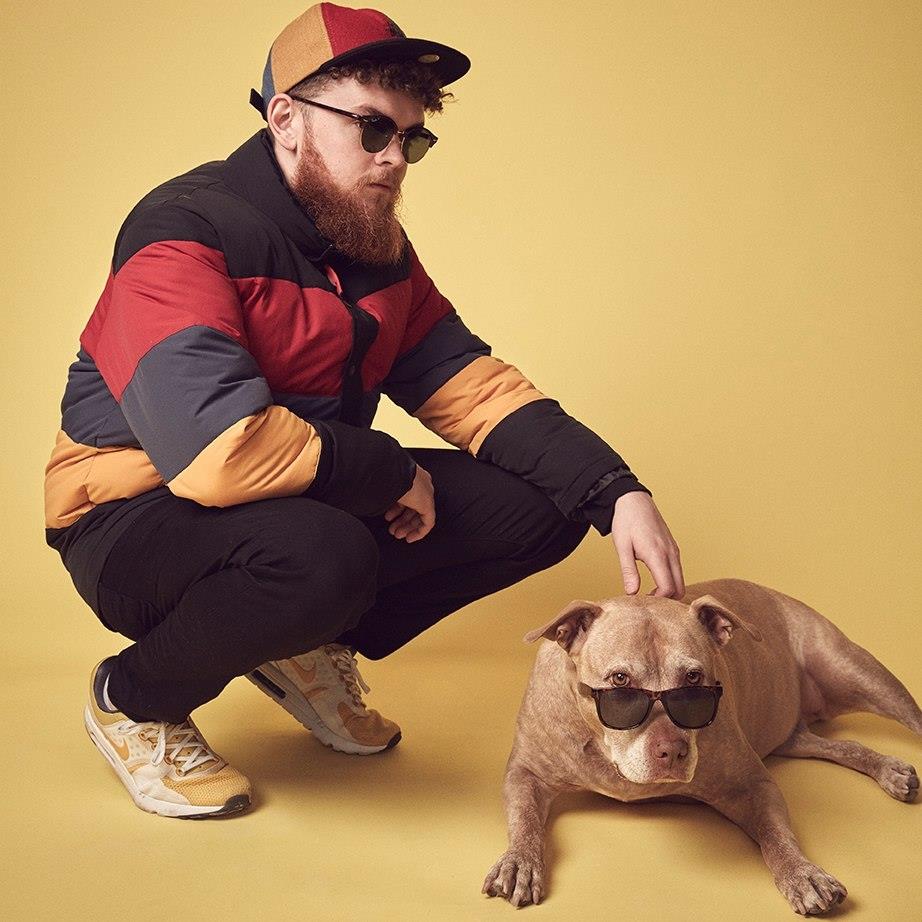 The UK’s Jack Garratt has been on our list of artists to see live for some time now and if you have not heard his music yet, do yourself a solid and get acquainted! This one man performer has been slaying it across the pond since his debut album ‘Phase’ was released in 2014. Achieving multiple accolades in the last two years, Garratt’s fusion of lovelorn, domineering lyrics, blues driven piano and dispersed synth outbreaks exceeds the defies the barriers established for “alternative” music. He is definitely a must see on this year’s ACL lineup, simply due to his minimal US tour dates and his raw ability to move people through his music.