It was a brisk Saturday morning at Vertex and as I sat down to talk with Colorado based bluegrass group, Trout Steak Revival, Bevin Foley, the fiddler of Trout Steak, asked me if I wanted a homemade blueberry muffin. ‘Um, does she know the key to my heart?’ I asked myself. Already this interview was top notch and now that my breakfast taste buds were beyond satisfied with homemade muffin goodness, it was time to get down to business and see what Trout Steak was all about. 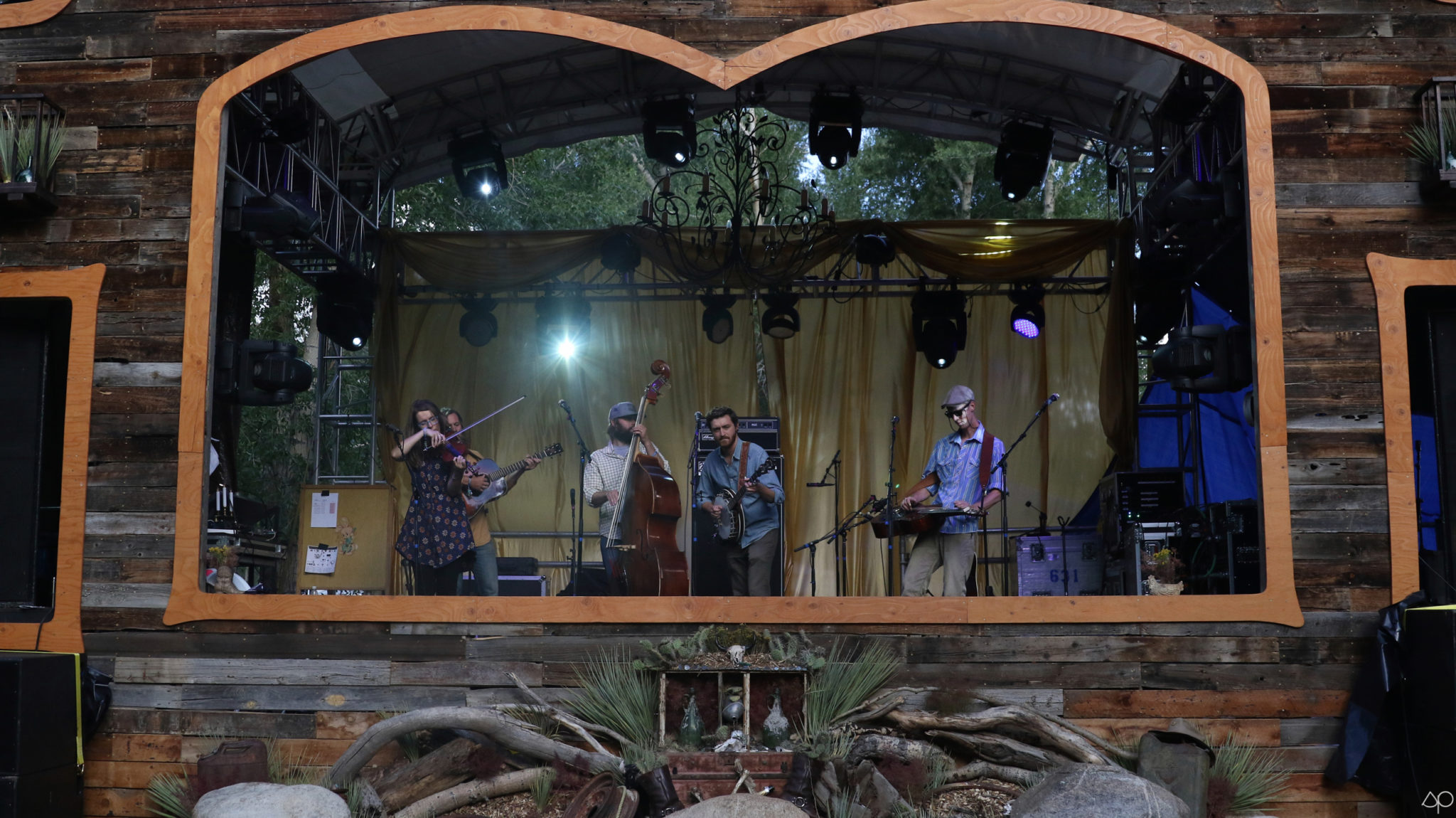 CYM: How long have you all been playing together?

Bevin: The band has been playing together for about nine years. I actually have only been in the band for about four and a half.

CYM: Awesome. How did you become involved with Trout Steak?

Bevin: I used to put on a yearly event at The Walnut Room Denver and I heard that Trout Steak was really great, so I decided to hire them to play. I met them there and they played all three years and we all became friends, started playing music and viola, I became a part of the band. 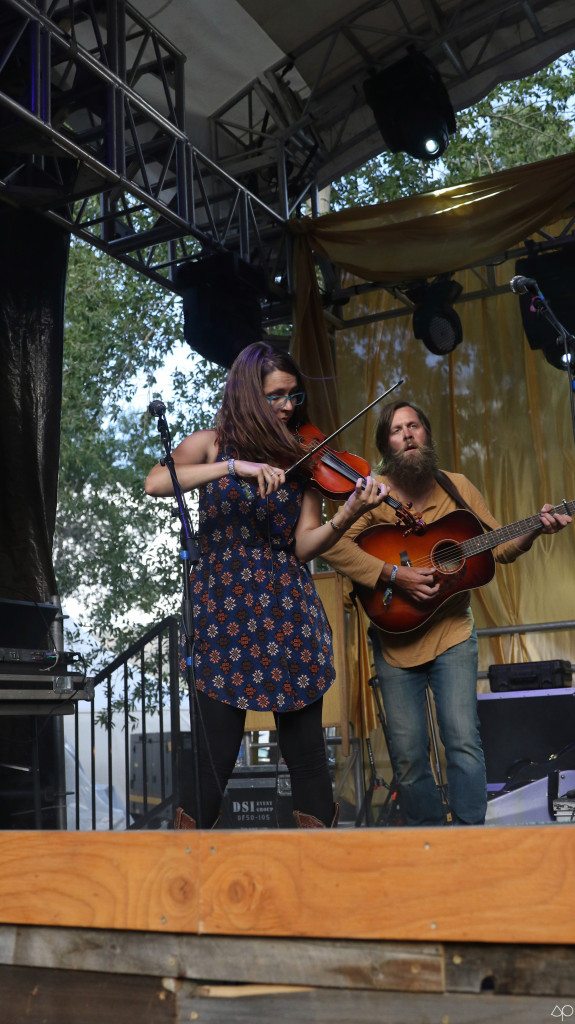 CYM: Rad. Tell me about y’all’s big win at The Telluride Bluegrass Festival in 2014.

Bevin: Well the top four bands who win get to play sets at the festival’s main stage. We won the whole competition and when you win, you automatically get a set at next year’s festival. We played 2015 and this year we all just went to enjoy the festival and hang out.

CYM: Awesome! I was told you all just played Film on the Rocks. Tell me about that experience.

Bevin: Yeah, the Denver Film Society puts it on and before the film starts, they have bands play until the sun goes down. It’s really awesome because it gives smaller bands the opportunity to play such an epic venue. 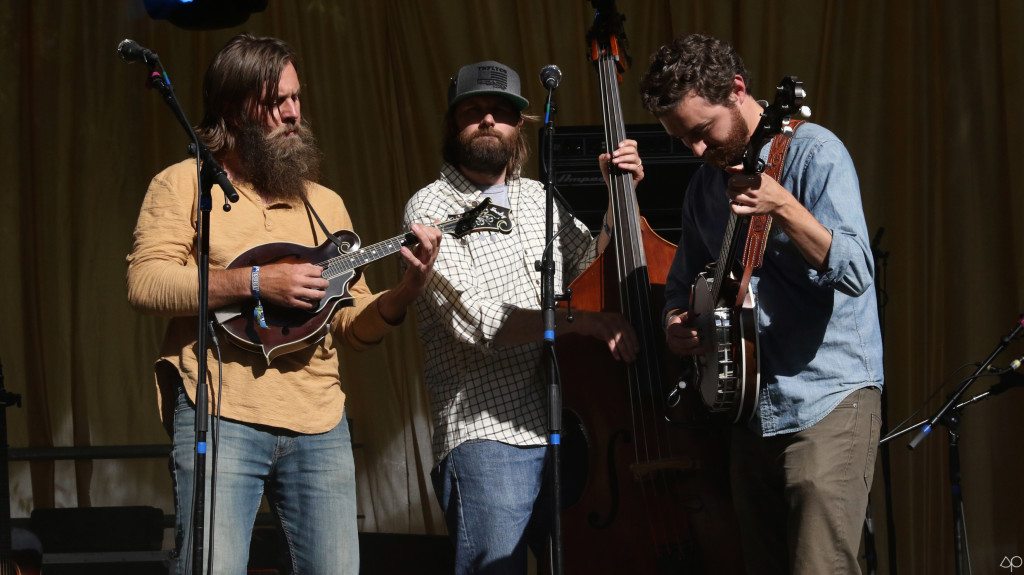 Bevin: For sure. We actually have been here before too. We shot our video for ‘Brighter Every Day’ here a few years ago.

CYM: How does it feel being back on the grounds while Vertex is happening now? 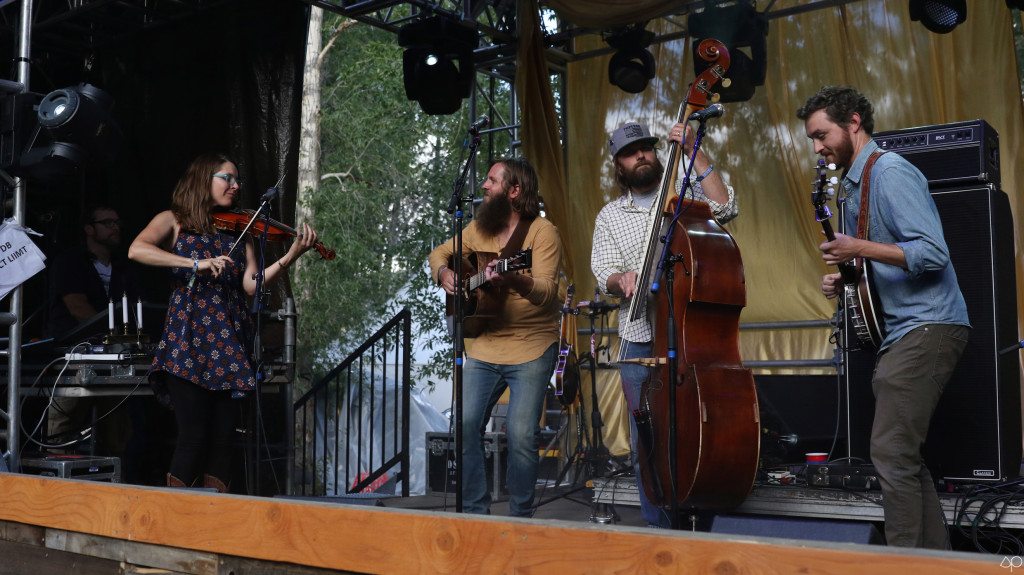 CYM: Well, that’s neat you guys got to feel the land out before thousands of people showed up. So you guys play tomorrow on the La Hacienda Stage. Have y’all had a chance to check it out yet?

Bevin: Yeah, we were actually there for Fruition’s set yesterday. Tyler Thompson, their drummer, has put us up in Portland a few times in the past. They are great.

CYM: Awesome. Love those guys. What is next for Trout Steak?

Steve: We live in Denver. Casey lives just right down the street in Salida. Next weekend we play in Winter Park at SolShine, which is Leftover Salmon’s festival, then straight after we play Bohemian Nights in Fort Collins. Lots of homebase shows in Colorado. 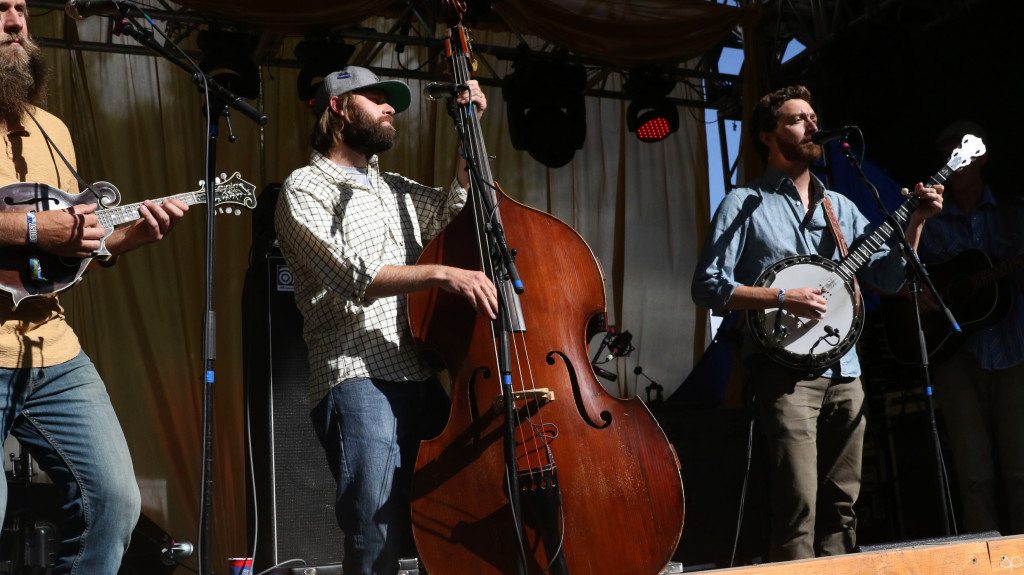 CYM: I’m sure that’s nice to have some shows around here so you guys can hang with family and what not. Any new music coming out soon?

Bevin: Yes, getting the songs and groundwork ready for the next album.

CYM: How does y’all’s creative process work? Does everyone write songs?

Travis: Yes, we are very lucky in that regard that we are all five solid songwriters, five lead singers and five harmony singers.

Steve: We kind of have a flat democracy in the band and it’s nice because we all get to flex these different creative muscles. I guess for albums it’s just another lap through everyone’s songs they have been working on.

Casey: We have been road testing new songs the last year or so and now it’s time to start booking some studio time. 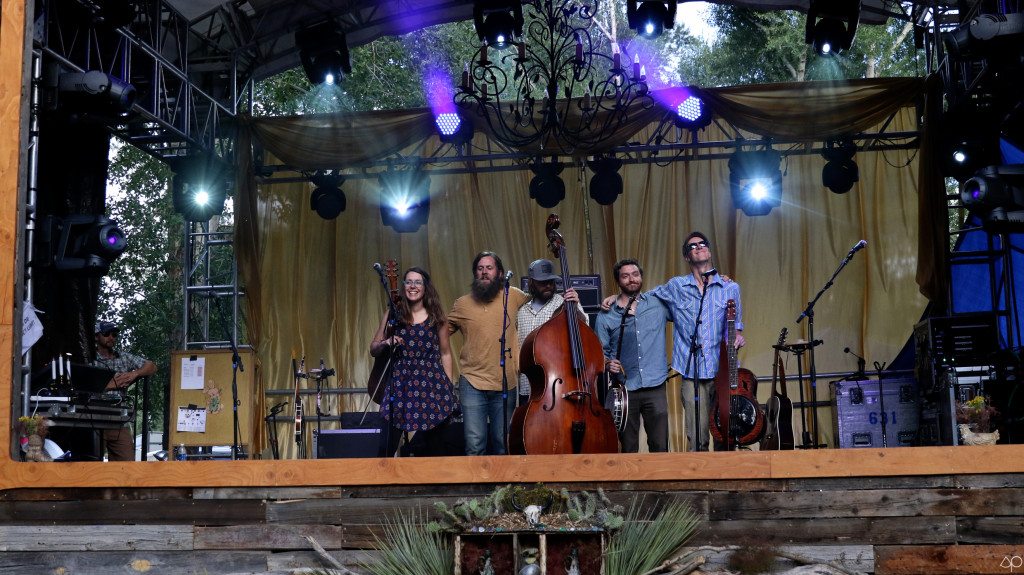 CYM: Word! Well, we cannot wait to see you guys play tomorrow. It was really nice to chat for a bit and good luck with all the music making. 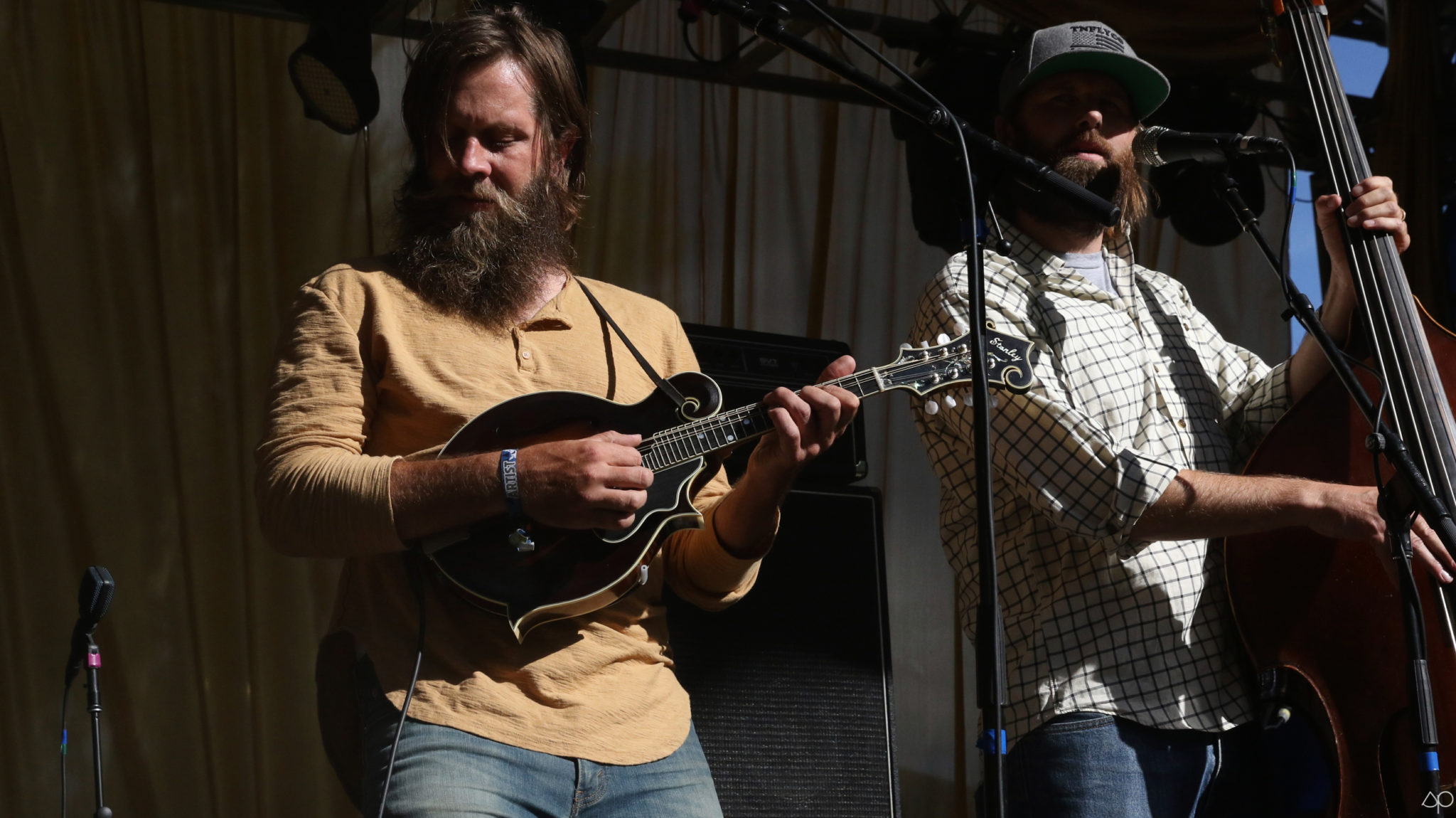 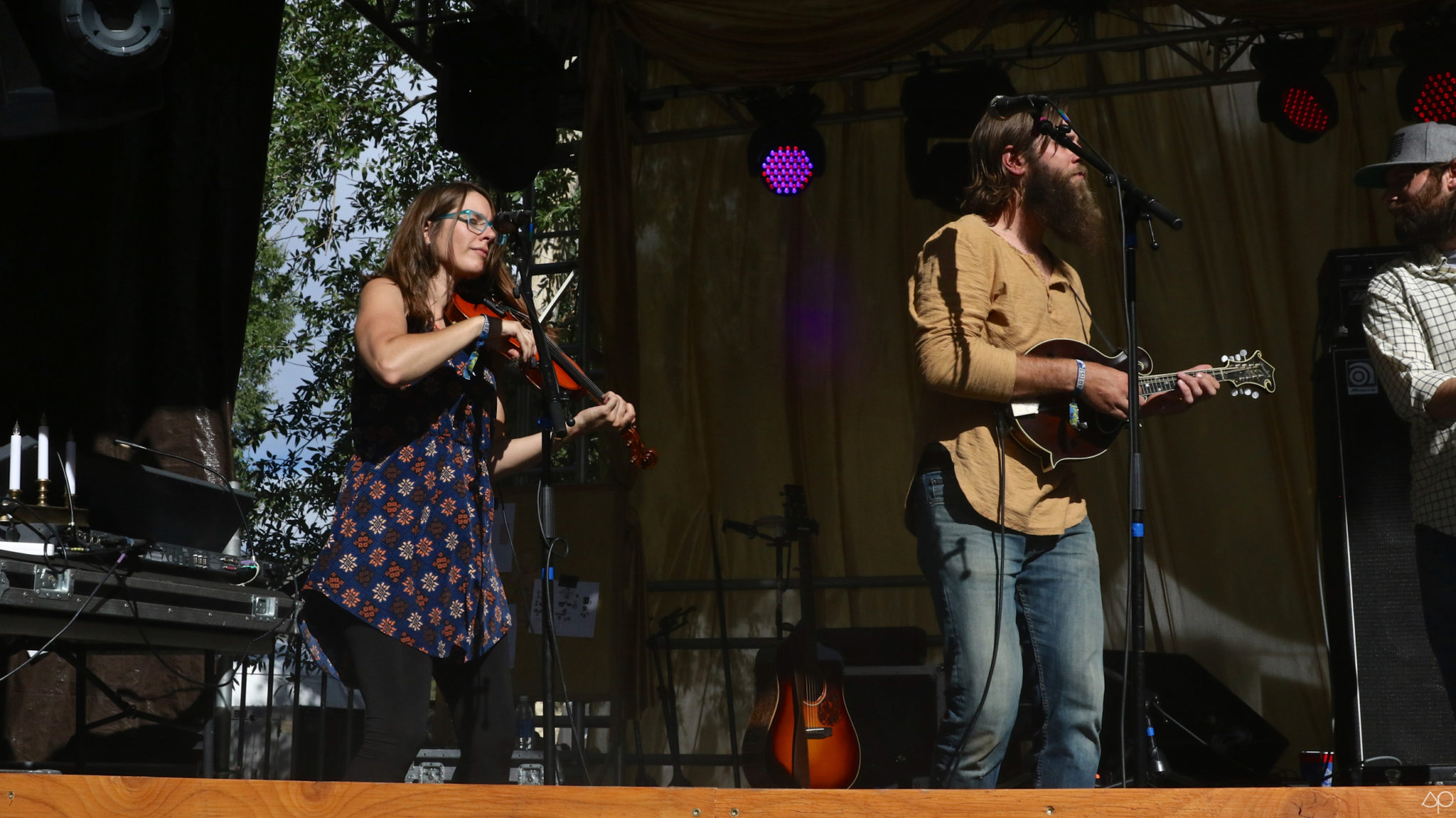 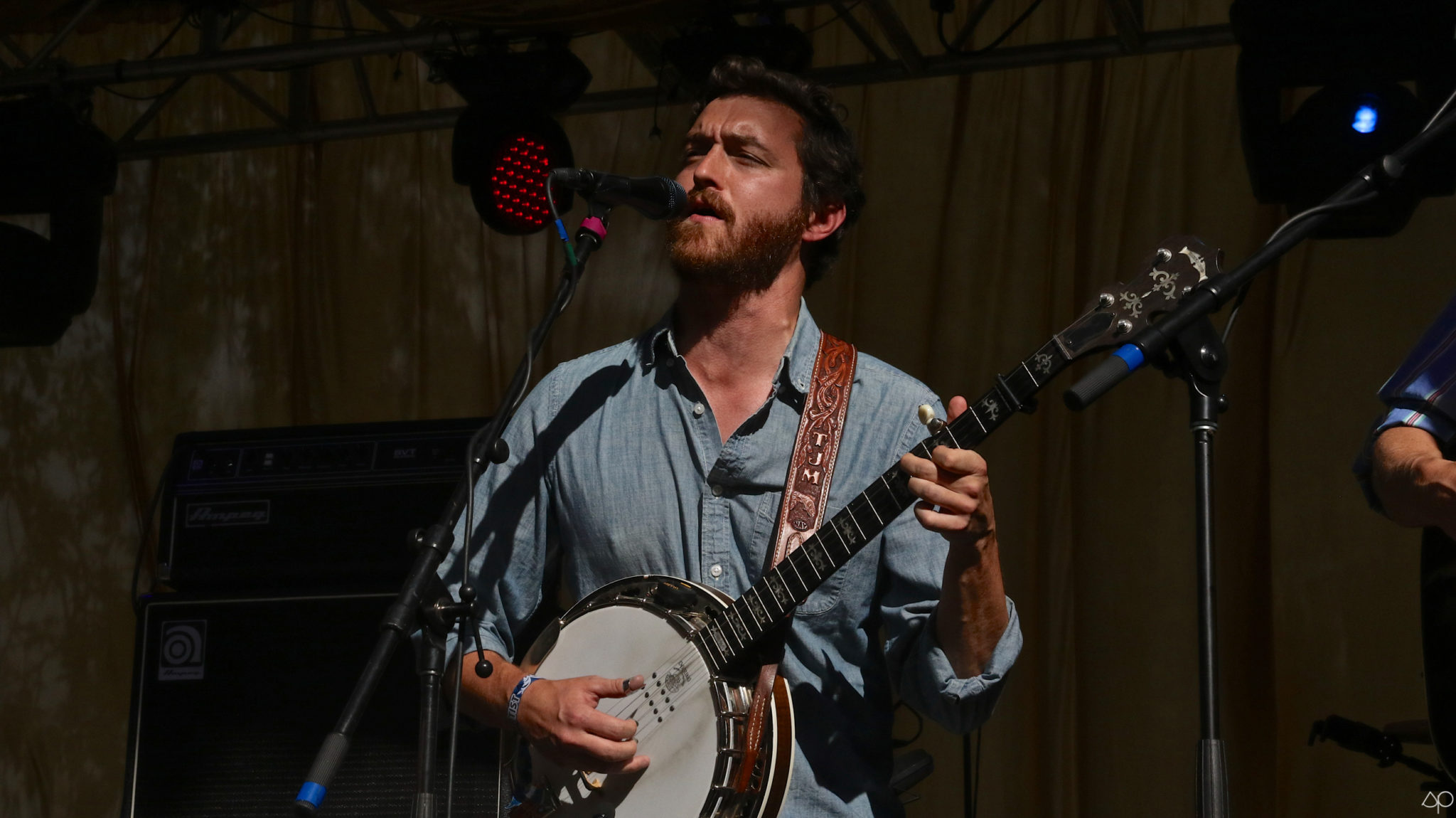 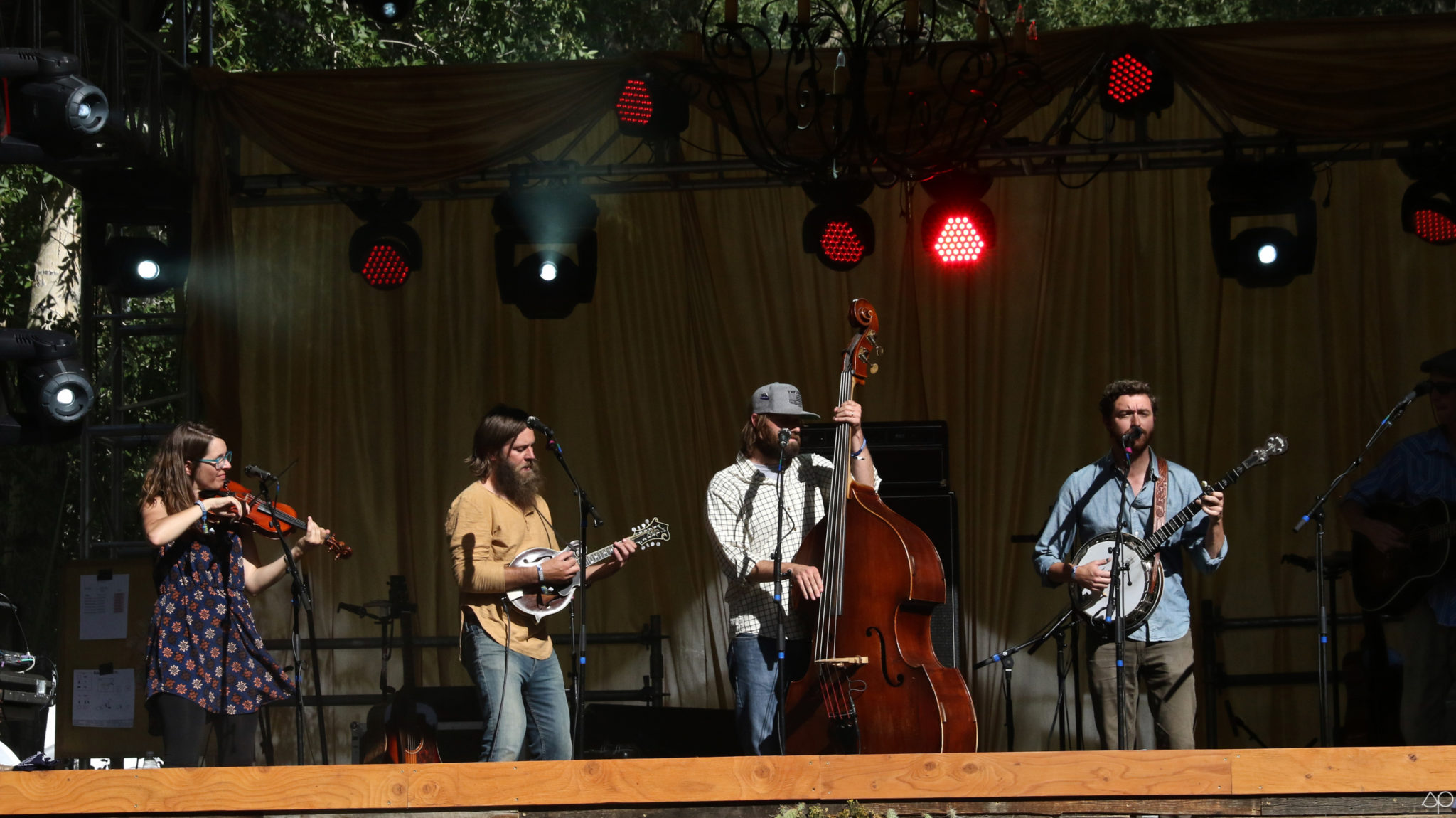