The festival gods sure blessed Vertex when they the scheduled Fruition FOUR sets over the inaugural festival’s three days in Buena Vista, Colorado, August 5th-7th. It is the sort of material festival wet dreams are made of and CYM was also blessed enough to be apart of the fruity and freaky ride. If you are not familiar with this incredible group of musicians based in Portland, Oregon, then you best get familiar. With the perfect cocktail of catchy, meaningful lyrics, talent fueled diversity in all string genres and the kind of vibe that fills you with shameless love, we can see why Fruition has such a huge following of loyal fans dubbed the “Fruity Freaks!” 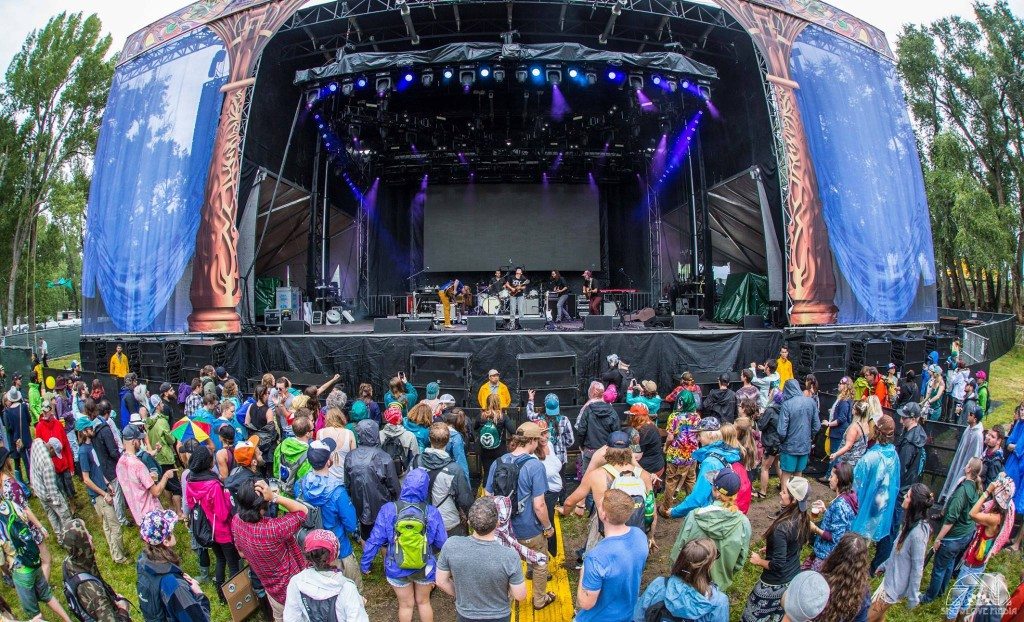 Fruition (Set 1): Friday at five marked set number one on Vertex’s main Princeton Stage. This set was chock full of traditional Fruition favorites as the festival kicked off into full swing and the crowd really began to transcend into full festie mode. You could definitely point out the Fruity Freaks singing every word and serving those stellar dance moves throughout the entire set (myself included).

Hey Hey What Can I Do (Zeppelin Cover)

Falling On My Face

I Should be (On Top of the World) 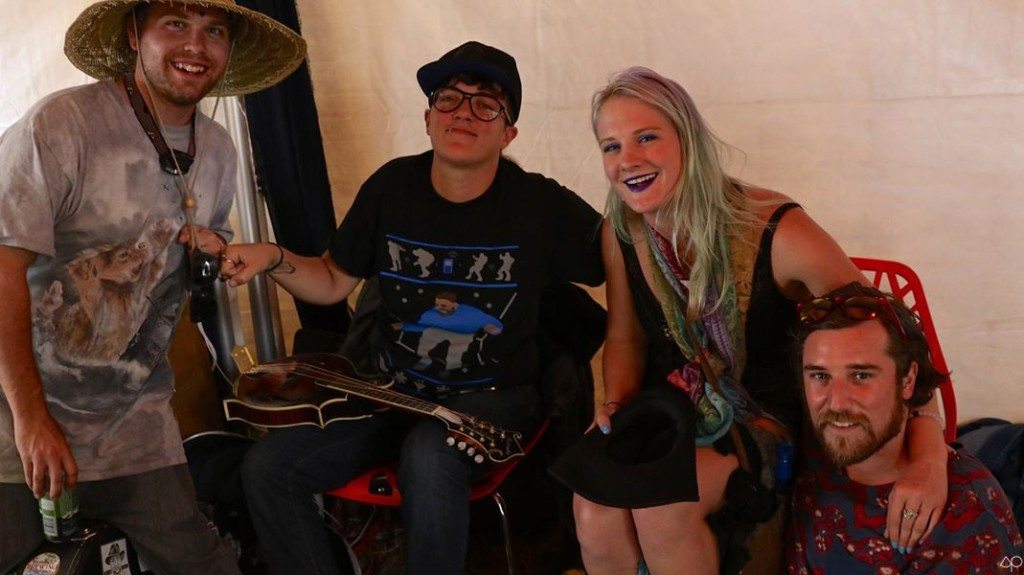 When I asked the band how they felt about playing four sets at Vertex, they were amped. “We are sharing a lineup with Trey, Alabama Shakes and Dawes? Couldn’t ask for anything better,”  answers Kellen Asebroek, who sings vocals and plays the rhythm guitar and piano for Fruition. The band is not shy when it comes to playing multiple sets at festivals, as they are staples of the Northwest String Summit in Oregon and are always looking for extra opportunities to jam. I asked Kellen how the keys became a staple of the band, because originally they were not included. He told us of an epic story about a waterfall hike in Washington State that left his playing hand out of commission for a minute. Hence, he decided to add the keys to the band, so that he could still play something and not go stir crazy without the guitar. 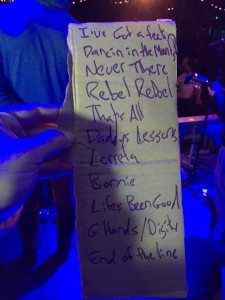 Fruition Under the Covers (Set 2): Set two later Friday night at the intimately beautiful La Hacienda Stage was dubbed “Fruition Under the Covers,” and consisted of the band switching it up from the norm and playing us extraordinary covers from all walks of the musical trail of life. Playing everything from Cake’s ‘Never There,’ to ‘No Diggity,’ and some Bowie with ‘Rebel Rebel,’ with a few song sit in’s from the wonderful singer-songwriter Brad Parsons. It sure was special getting such a different and unique set from the band.

Right in the middle of the magic, I had a chance to sit with some of the band members for a few minutes before their third “Fruition and Friends” set.

CYM: I first heard of you all through a friend who was bartending a party at Goorin Bros. hat shop on NW 23rd in Portland, Oregon. He turned me onto y’all’s music about two years ago and I have never been the same. How does it feel going from playing small shops in Portland to playing four sets at a huge festival such as Vertex?

Mimi: Oh, Goorins is pretty awesome. I have quite a few spectacular hats there. You know, we might need to play there again soon– I think I am due for new hat.

Kellen: Yeah, it’s crazy to think we have played so many different places. We would still totally play there. So much love for Goorins. 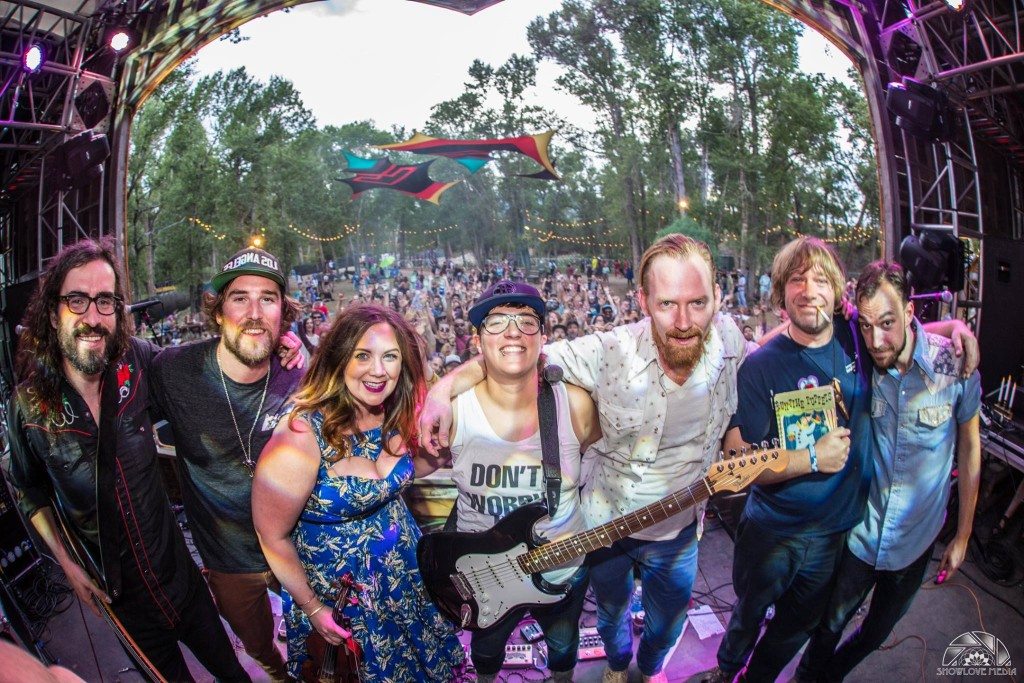 CYM: That’s super awesome you guys would still play such a small shop. From busking days to hat shops to festivals, you guys can do anything! Okay, who wrote ‘The Meaning’ and what is it about?

Kellen: I did. It is about love.

CYM: Awesome. That is my ultimate favorite song. It really rings true to life and love, so thank you! 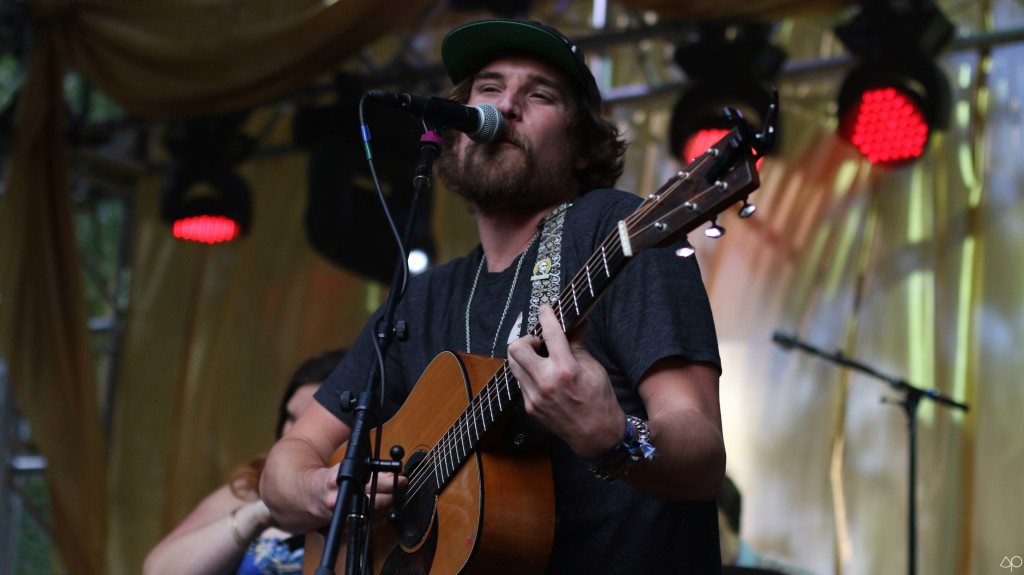 CYM: Well, it’s a good one. Are you guys excited for your “Fruition and Friends” set later tonight?

Kellen: For sure. We have lots of goodies up our sleeves. Nathan Moore, a good friend of ours and killer musician will be hanging around…maybe a few others will pop in. You never know. 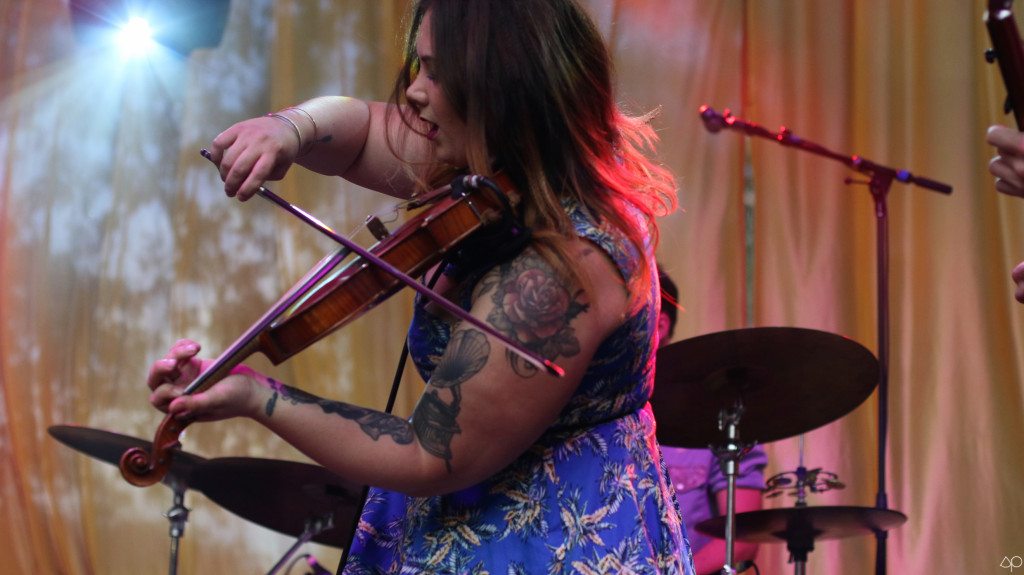 CYM: Rad. Y’all’s first two sets were epic so I cannot wait to see the rest. Especially excited for your set with Allie Kral from Yonder Mountain Sunday. I saw her play with you guys at your album release party back in Portland. Straight killed it.

Mimi: Yeah, Allie is great. We love playing sets with her. Sunday will be super fun.

CYM: Alright, what else is new with Fruition?

Kellen: Well, we are working on new music. 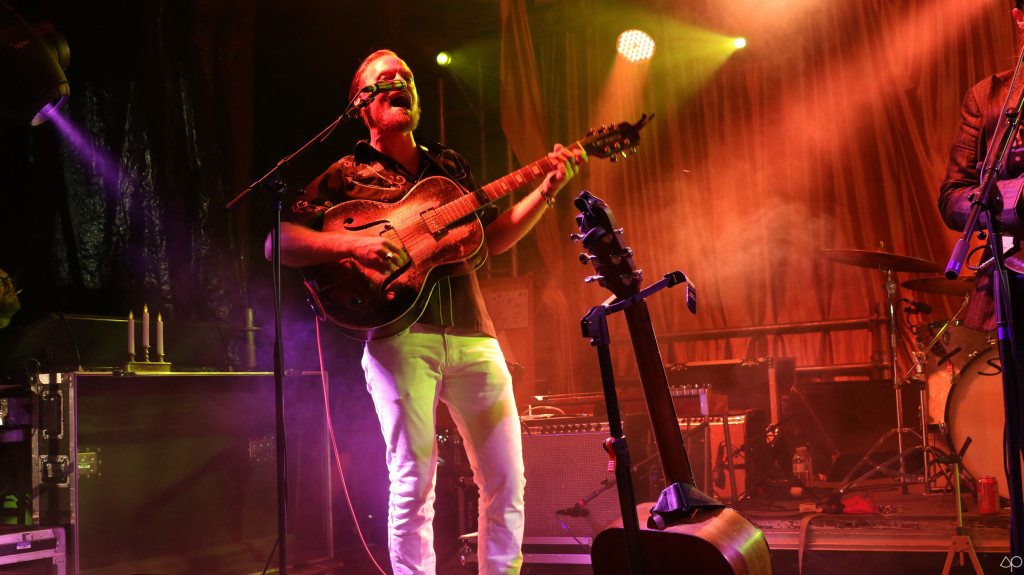 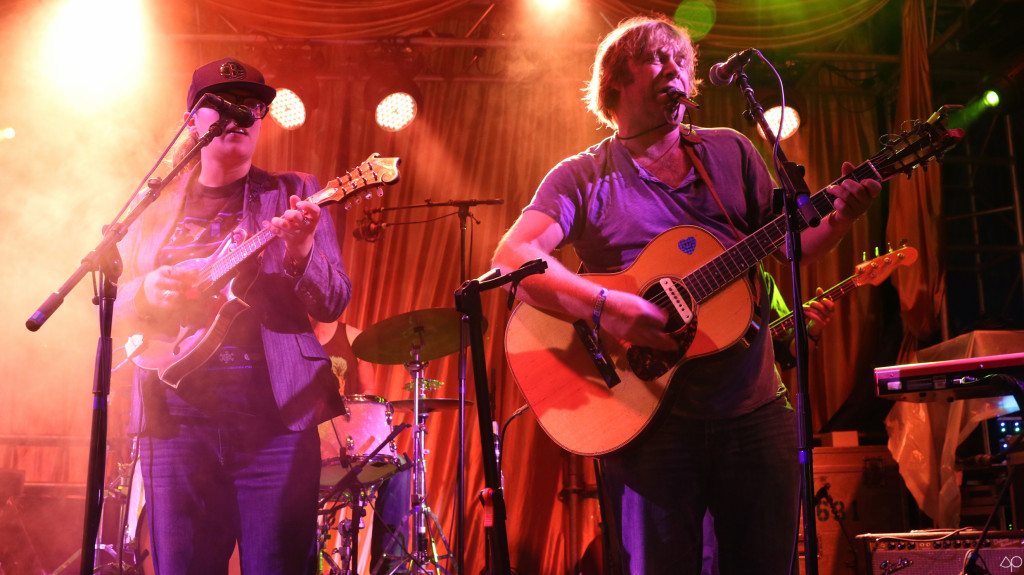 CYM: For real?! You just released ‘Labor of Love’ and we already get some more!?

Kellen: Yep! We are constantly writing and creating. It’s going to be good.

CYM: Well, we sure cannot wait to hear it and look forward to the rest of the fruity and freaky weekend. 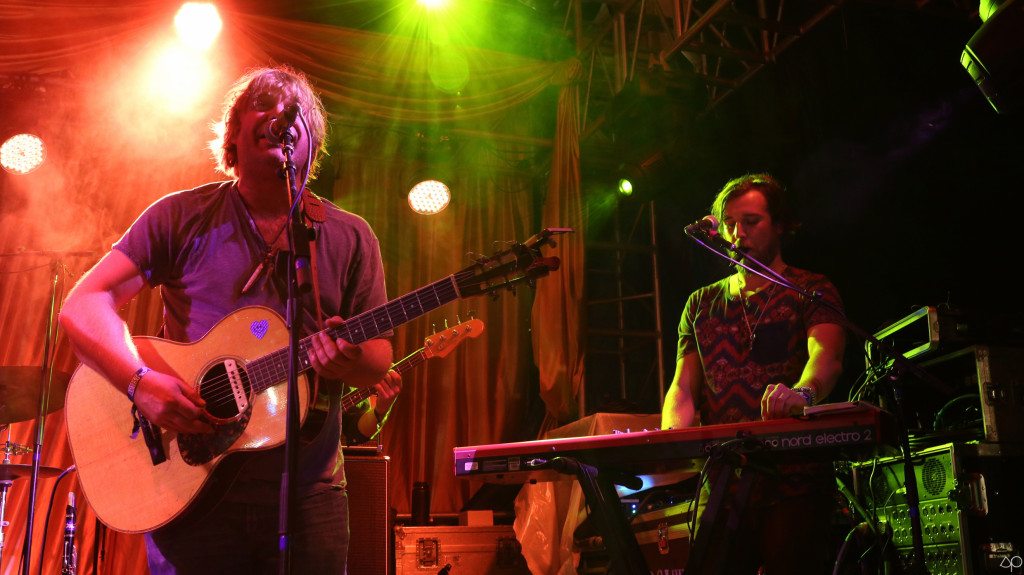 Fruition and Friends (Set 3): Fruition’s third set was a very intimate and friend filled set. Nathan Moore, a hugely talented singer-songwriter who has released more than 21 albums in his career, joined the band for the entire set, adding an extra folky flair and spice to the show. Cody Russell who plays the pedal steel and banjo in The Drunken Hearts who also played Vertex jumped in for ‘What are we doing’ and ‘End of the line.’ Brad Parsons, an equally talented singer-songwriter from Portland, Oregon, also sat in for ‘End of the line,’ truly making it a friendly affair. 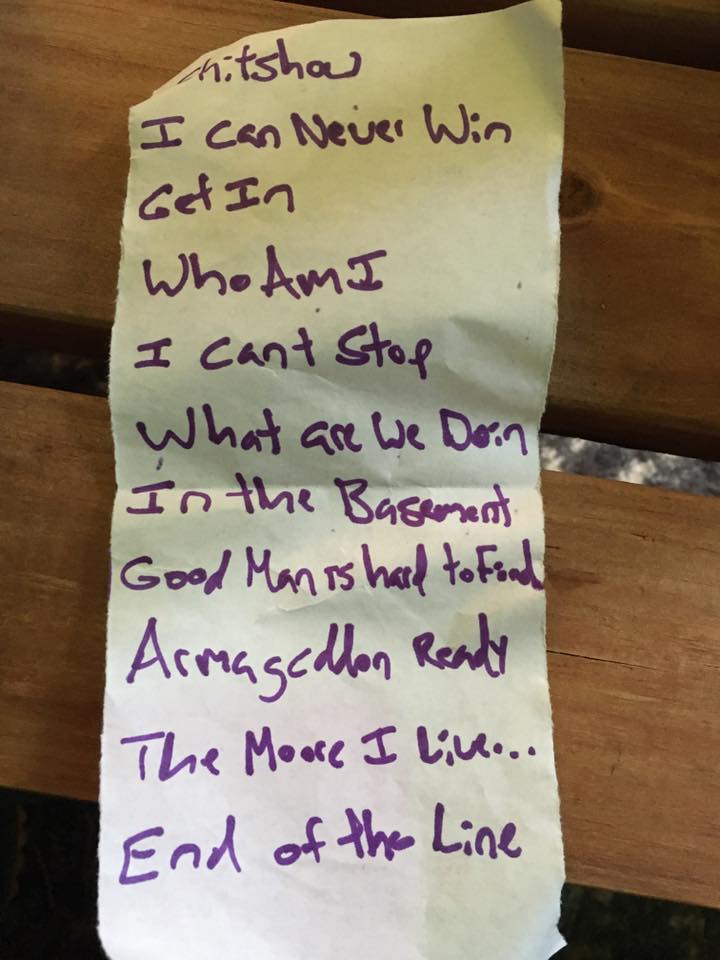 Fruition with Allie Kral (Set 4): Allie Kral, an extraordinary fiddler and all around amazing human, joined Fruition for the whole set on the intimate La Hacienda Stage to wrap up the band’s sets for the weekend. The set list is almost completely accurate, with ‘Feeling weird’ replaced ‘Big sky,’ and ‘Boil’ replaced ‘Lay down’ which was skipped for time. Nathan Moore and Brad Parsons joined in for Fruition and Tyler Grant’s beautiful song ‘Meet me on the Mountain,’ which was perfect because well, we were surrounded by the Collegiate Mountains all weekend. 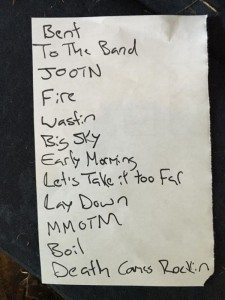 It is safe to say that Fruition playing four sets at the inaugural Vertex festival only encouraged more dancing, singing, smiling, fruity n freakiness. Let us hope this is a tradition for the Vertex books. 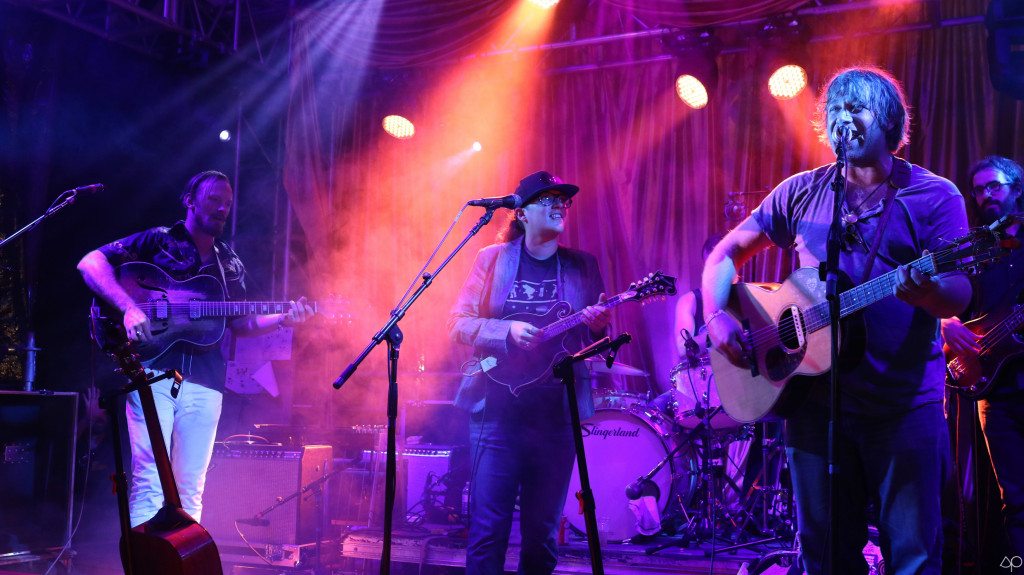 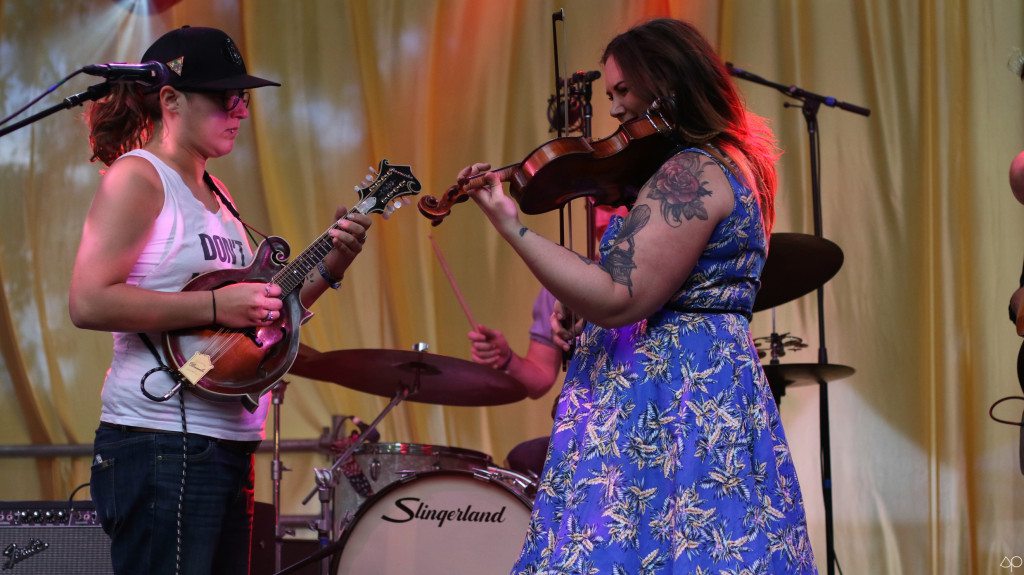 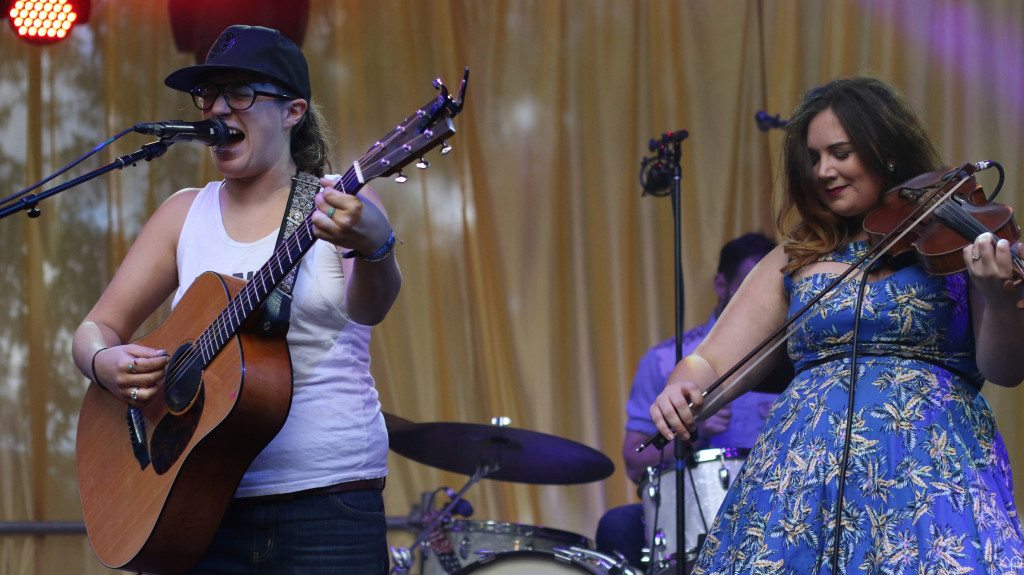 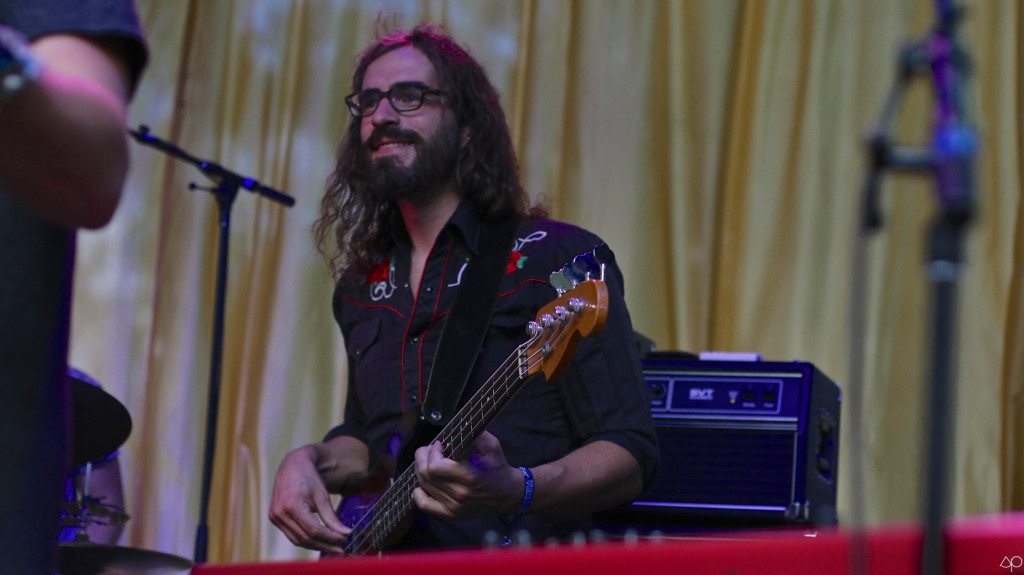 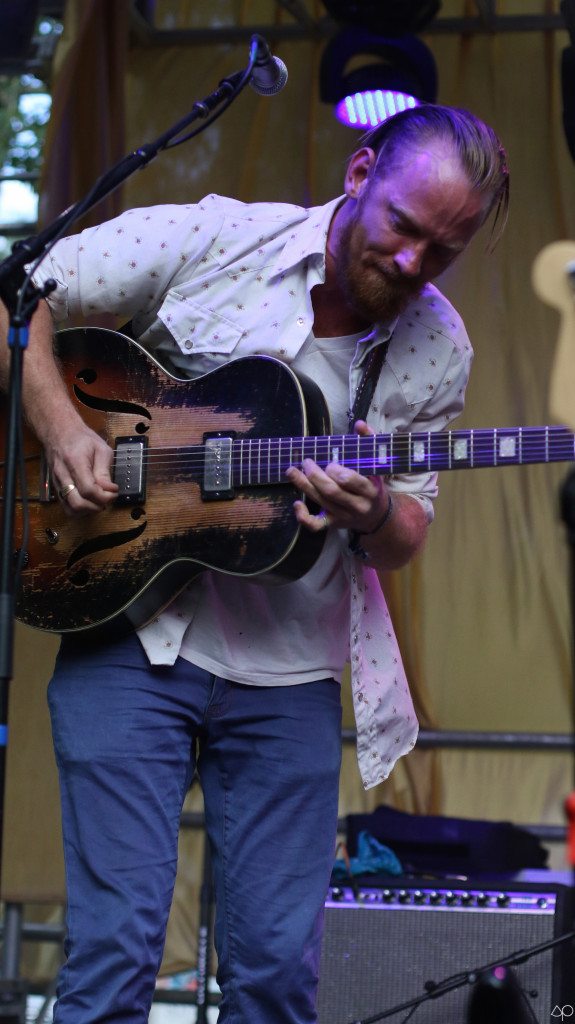 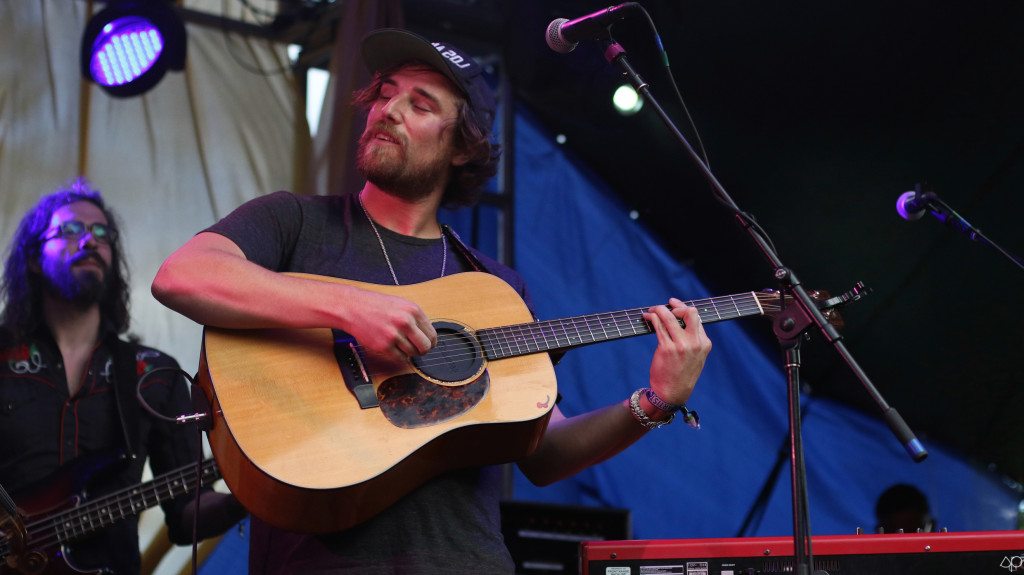 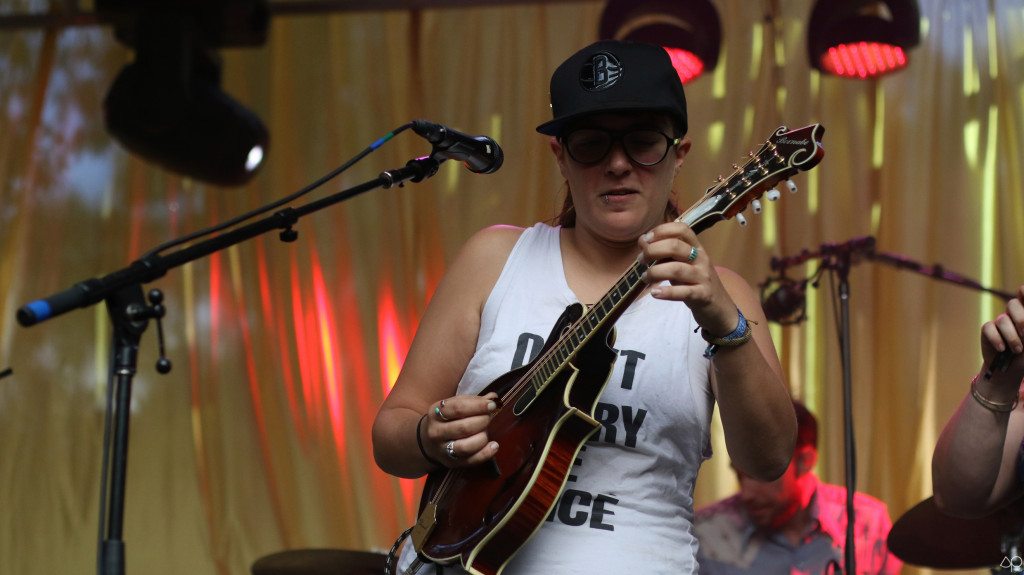 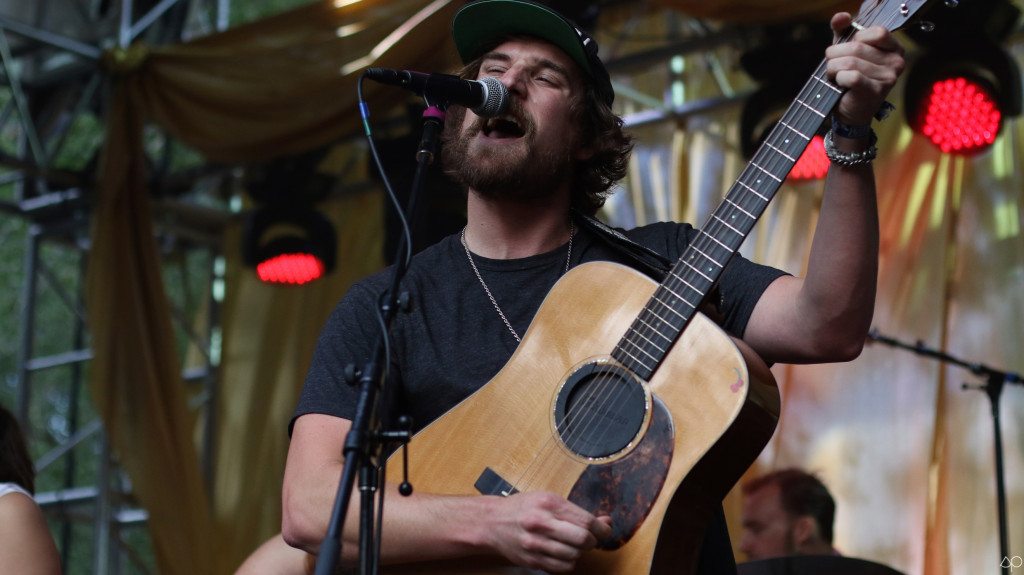 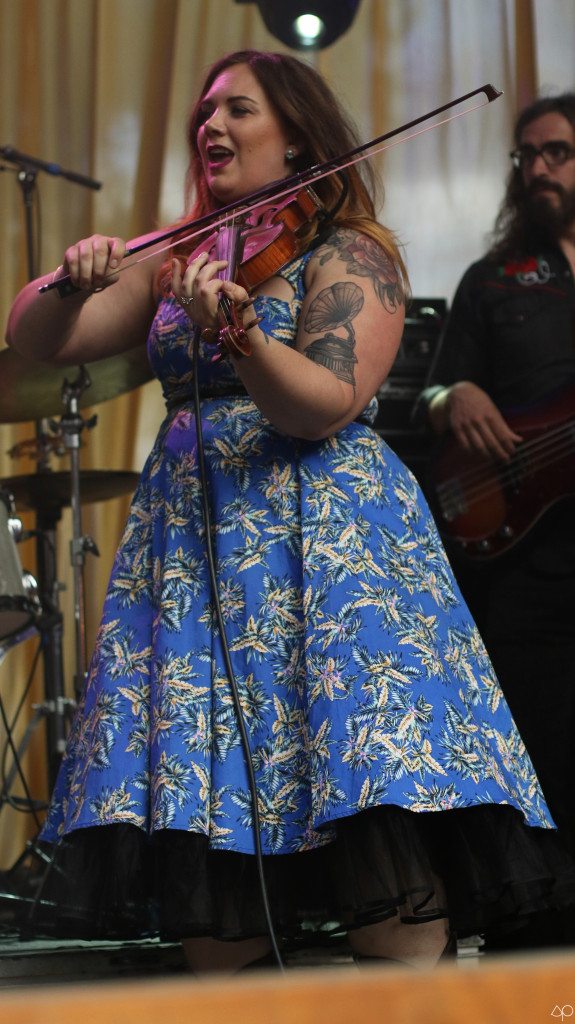 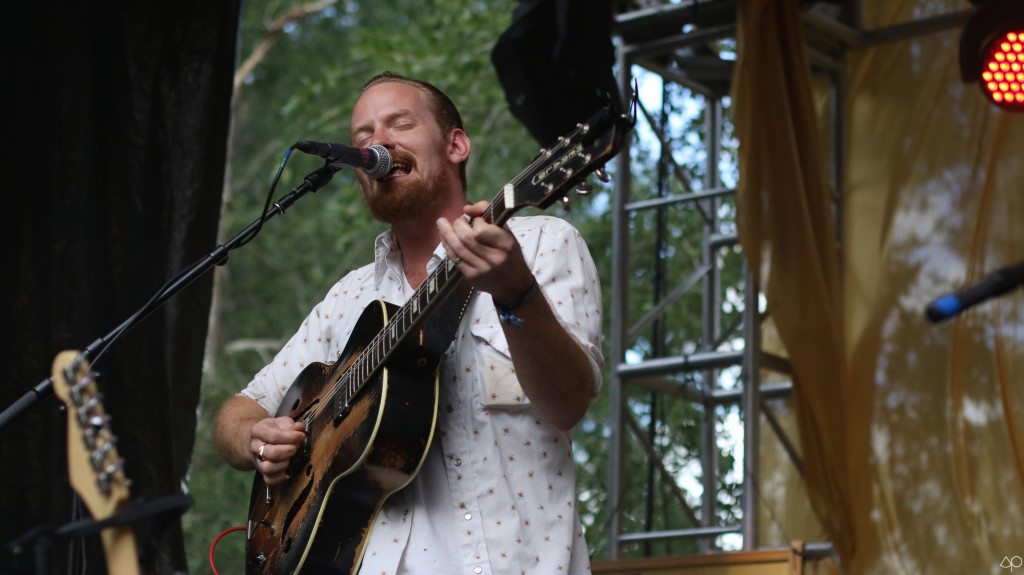 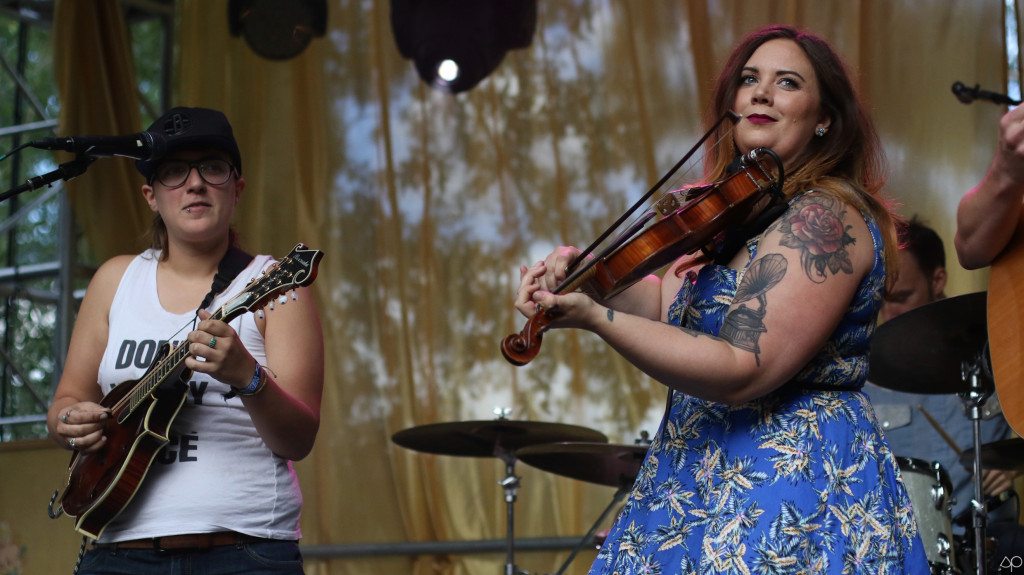