Colorado grown ARISE Music Festival celebrated its’ fourth anniversary last weekend. A beautiful community of families and friends came together at Loveland’s Sunrise Ranch for three days of healing, laughing, learning, and straight gettin’ down to a supreme lineup. Incredible art installations and interactive theme camps turned the ranch into a giant interactive playground. Seven stages hosted legendary names from the worlds of reggae, bluegrass, folk, electronic, rap, and more. My first ever ARISE experience proved this festival reaches far beyond music. Each day was jam-packed with free classes and workshops, healing sessions, lectures, and beyond.

Early campers arrived Thursday, but the festival officially kicked off with an opening ceremony just before noon Friday. By the time I arrived that evening, Sunrise Ranch was already full of some thousand people completely immersed in the Arise experience.

Rising Appalachia, a bluegrass/folk sister duo with unreal rhythm and attitude, played the Eagle stage around six. The feels in their harmonious stomp serenade proved to be contagious as smiles and dancing bodies filled the field. Later, Eagle stage was taken over by the original beats and real live MC’s of Jurassic 5. There’s nothing like hearing live rap classics for a good dose of nostalgia. Closing headliner Wildlight ended the night at Eagle Stage. Other highlights from Friday night included two sets by Mikey Thunder at the scene stage, with a badass fractal tribe aerial performance in between. The Untz stage featured some great bass brain-benders including killer sets from Dynohunter and Casual Commander, Govinda at midnight, and Clozee shutting it down. 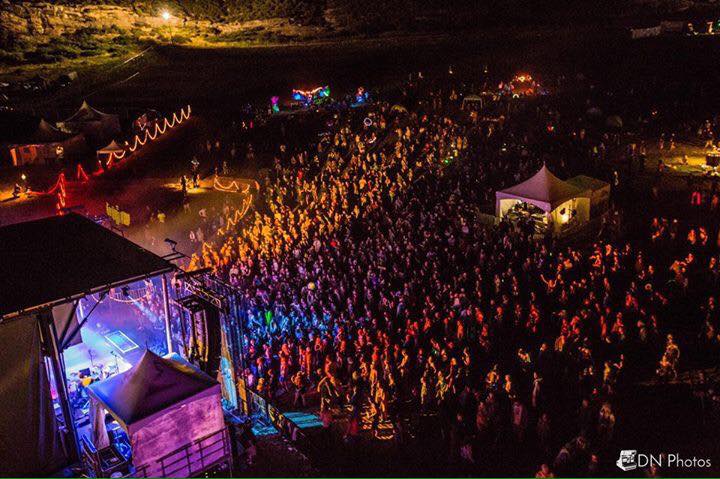 Saturday morning, I watched the sun rise over the rocky red landscape and an unblocked view of the colorful canopy of tent city, right from my cozy bed in the back of my pickup. Sunrise Ranch offers a sublime landscape and peaceful feel. Many early Arise goers found morning solace participating in yoga sessions and group meditations. I chose instead to enjoy dank breakfast tacos cooked up by Super Heady Tacos (who seriously delivered again later that night with their Thunder taco). There were plenty of options for spiritual and educational exploration on Saturday, from a morning lecture at the Ceremonial fire on saving the last wild bison of America’s plains, to a workshop on Sacred Presence, to the collaborative painting jam at The Children’s Village. My highlight of Saturday night was the experience of seeing Del Tha Funkee Homosapien himself, whose entrance on stage drastically changed the groove from The Travelin McCourys. The energy was insane as Del spit ‘Clint Eastwood’ underneath a shower of purple and yellow lights. Papadosio closed down the headliner stage that night with a killer, totally intergalactic set. Other favorite sets we caught included Ayla Nereo’s angelic voice over at StarWater stage and SoDown’s throw-down which was so on point it almost quenched these thirsty ears. The Untz stage also gave us sets from Dimond Saints, Phutureprimitive, The Party People and more. 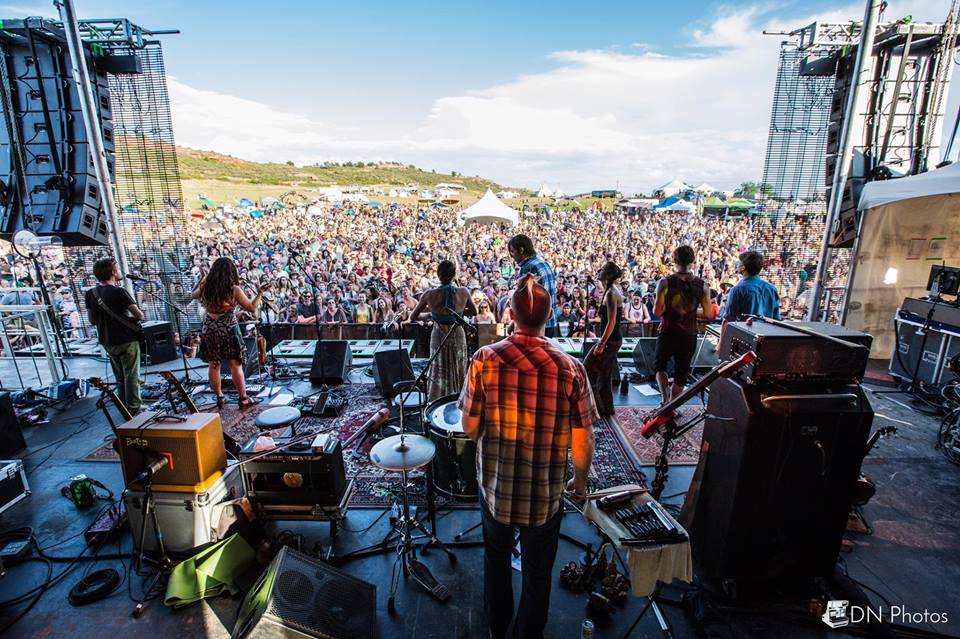 Sunday’s lineup included the Bluegrass Generals, Elephant Revival and Ziggy Marley on the Eagle stage. Starting at 8pm the Untz stage popped off with beautiful bass music from Lucid Vision, Living Light, Bass Physics, and Dirtwire’s haunting beats closing it down. Earlier in the day, Living Light also played for the Living Light Yoga session. Included in the many, many non-musical Sunday features were introductory lectures on Ayurveda and Aromatherapy, The Permaculture Paradigm workshop, and a Transition Theater performance in the big sunrise dome.

Meditation gardens, unique workshops, wisdom speakers, and sanctuaries set Arise above the rest. The values and the feelings we have from the experience were not left behind at Sunrise Ranch. We hope to continue to nurture and empower our community to take care of ourselves, each other, and the beautiful planet we live on. Music festivals can be an amazing catalyst for change, and Arise is proving that year after year. Limited pre-sales are already available for next year and we highly recommend snagging a ticket while it’s cheap. Arise is sure to deliver another weekend of unity, unforgettable live music, and spiritual rejuvenation.