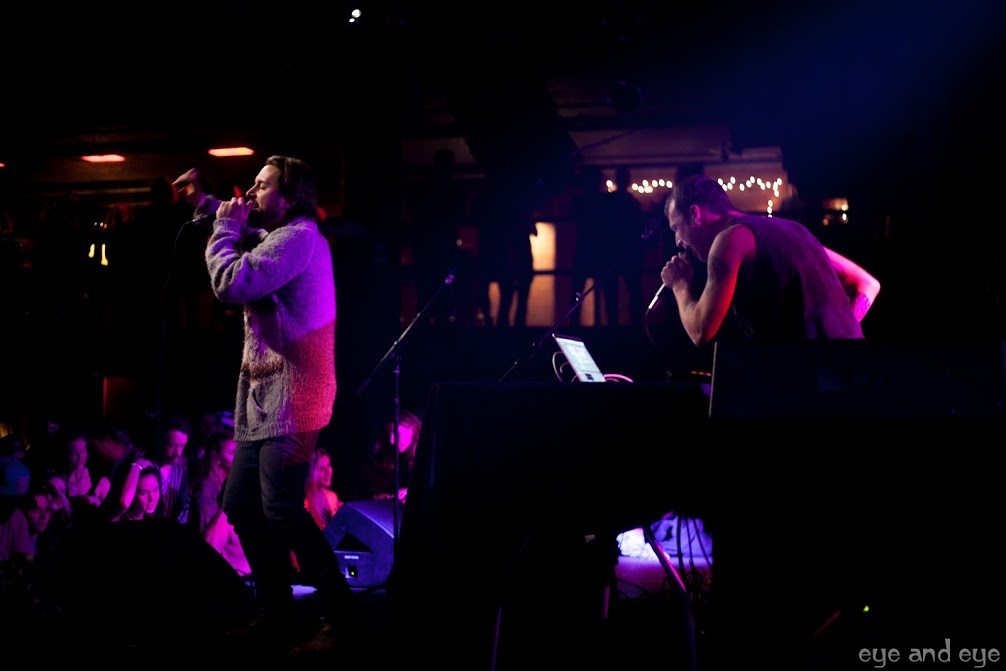 David Block of The Human Experience performing at Cervantes’ on 2/20. Photo by Ben Wilson of Eye and Eye Photography

This past Saturday on February 20th, the Jumpsuit Crew returned to Denver with no shortage of love to bring Cervantes. Live artists lined the ballroom with a silent disco taking place on the back patio. With dual venue access from ballroom, the back patio was packed and vibin’ all night with people socializing and DJs flipping between sets in the silent disco. Inside, each performer brought their own style to the table and filled the air with good vibes. Yaima got things started with a beautiful performance driven by vocals, backed by a laptop and some organic percussive elements to fill out the set.
Next came headliners Wildlight, a duo consisting of The Polish Ambassador and his newfound love Ayla Nereo. Over the last few years, TPA has made a name for himself in the electronic music community and he hasn’t stopped there. He has used his platform as an artist to start organizing “impact days” with The Permaculture Action team before or after events he plays. By taking up these kinds of projects, he has gained respect and shown his diversity as a person. We were shown an even lighter side of his music when joined by the beautiful vocals of Ayla Nereo for their first official Colorado Wildlight performance. Their love shone through as her crisp vocal runs moved the dance party.

David Block of The Human Experience performing at Cervantes’ on 2/20. Photo by Ben Wilson of Eye and Eye Photography

Finally came David Block of The Human Experience. The lucky crowd got to witness him debut his new album, Gone Gone Beyond, for the first time and he did not fail to deliver. He brought the crowd on a journey with a set that crammed in a slew of different emotions, yet never stopped the dance floor from moving. He brought on different musicians throughout, each bringing a wider range to the set. As entertaining as Yaima and Wildlight’s sets were, The Human Experience didn’t drop off and kept things rolling until the end of the night. With such influential people bringing their message and art to Denver, it was clear the show would be a success before the doors opened; and it was. Whenever artists are capable of bringing festival vibes for a one nighter, it’s not something to miss. Thanks to the Jumpsuit Crew and Cervantes’ for making such a lovely night, and to Ben Wilson for allowing us to share his pics!

You can view the rest of his gallery here.