The excitement was running through my veins as the anticipation for my flight back home to Portland peaked to an all time high. It was my first time in months to be back in my hometown, and I’d also be reuniting with family and friends alike for an incredible two night run with some of my favorite musicians. Coupled with the fact that ProbCause and Cofresi had freshly jumped on Lettuce’s Crush tour the day prior, I knew expectations would be blown through the roof. Descending upon Portland’s beloved Roseland Theater, you could literally feel the air buzzing with excitement as fans pre-show boogied in the box office line. 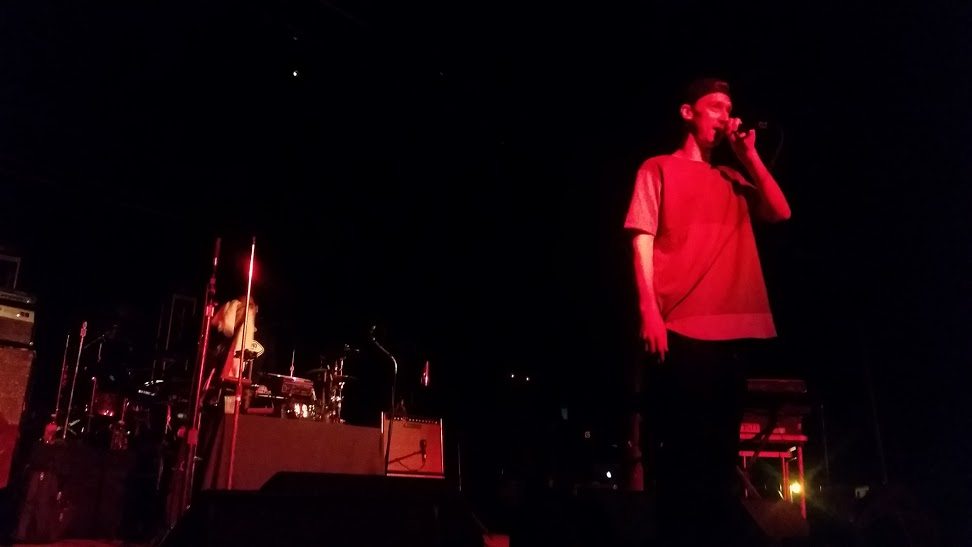 ProbCause at the Roseland Theater in Portland, Or. Photo taken by Sydney Paschall for Compose Yourself Mag.

Up first with an early time slot, Colin Grimm, known as ProbCause, took the stage with drummer Ben Cofresi, gathering a small but lively crowd as fans swiftly packed in for Lettuce. Initially some might think a hip hop opener would be a little eccentric, but these are the platforms where ProbCause’s dynamic artistry really shine. Flowing through booming horn-laden tracks like ‘Neon Dreams’, ‘The Woods’, and ‘LSD’, it was interesting to see an older demographic getting in sync to his hip hop melodies. With Lettuce due to perform two full sets after ProbCause, it was great to have a quick break, get some air, and check out the rad merch available, most of it designed by Grimm himself. We also took this opportunity to catch up with Grimm and snag a quick interview, which you can read all about here.

As 10 o’clock rolled around, the tiny exterior of the Roseland was drenched in sweat while a clustering line snaked outside the door. Lettuce hit the stage promptly and wasted no time settling into their positions and gearing up for their evening takeover. Playing a slew of tracks from their latest album, Crush such as ‘Trillogy’, ‘Phyllis’, and ‘Sounds Like A Party’, the band brought everything they had to the stage, and the crowd relished in the electrifying energy. When you give love to a crowd like that, it seriously resonates, and that’s exactly what happened last Friday night. For their next round, Nigel Hall greeted the crowd to express the collective band’s condolences for a recently fallen hero – Maurice White, singer of Earth, Wind & Fire.

“’If everyone woke up and listened to at least two or three Earth, Wind & Fire songs every day, the world would be a better place,” Hall says to the crowd, who all roar in response.

Segueing into a soul-shivering rendition of ‘Gratitude’ from the bottom of his heart, I could’ve sworn Nigel Hall shook the walls of the Roseland with the emotion in his voice alone. Delving into more classic tracks such as ‘Do It Like You Do’ and ‘Super Bad’ by James Brown, you can say that the roof was lifted right off of the Roseland Theater that night, and we were looking forward to night two even more than before. 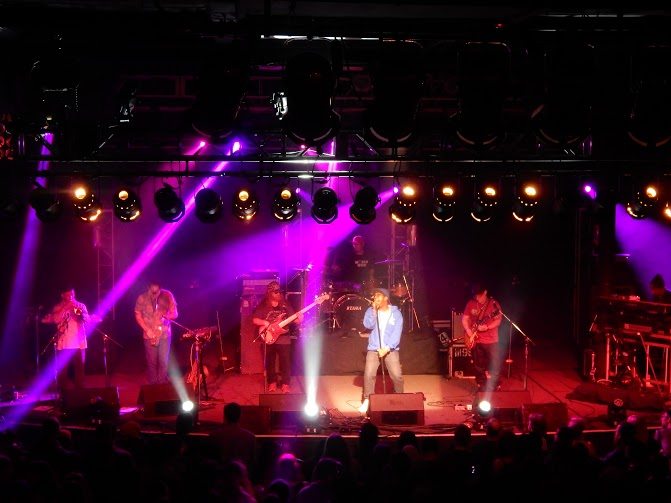 Lettuce with Nigel Hall. Photo taken by Sydney Paschall for Compose Yourself Mag.

Aching to satisfy our fever for the funk, Syd and I rolled out to Eugene to catch the guys once again. The WOW Hall in the heart of the town square was vibin’ with a perfect mix of college kids and older all coming together in search of a jamtastic dance party, and Lettuce was damn well ready to give them one! ProbCause and Cofresi treated the Eugene audience with a Break Science remix of ‘Chicago Style’ giving us all so much energy and charisma that we couldn’t help but groove. Churning out more remixes by artists like Odesza and Flume, the frequencies were in perfect tune between the guys and the audience, who could clearly appreciate the honest and motivating crowd engagement that Grimm and Cofresi are constantly serving up.

Up next on the stage were the masters of funk themselves. Drawing in fans of all ages and backgrounds, Lettuce is truly one of the hardest working bands in the industry, and it shows. The reason behind their main staying success? Lettuce, while masters of the game, are still students for the art, and live to learn in every capacity. They find joy in spreading their passion for their music community in everything they do all while simultaneously uplifting people – the energy is relentless and the good vibes are fuel for the movement. We can guarantee that current and future fans are MORE than happy to show these talented and enlightened musicians ‘Gratitude’ for it. Lettuce’s set in Eugene looked a lil’ something like this: 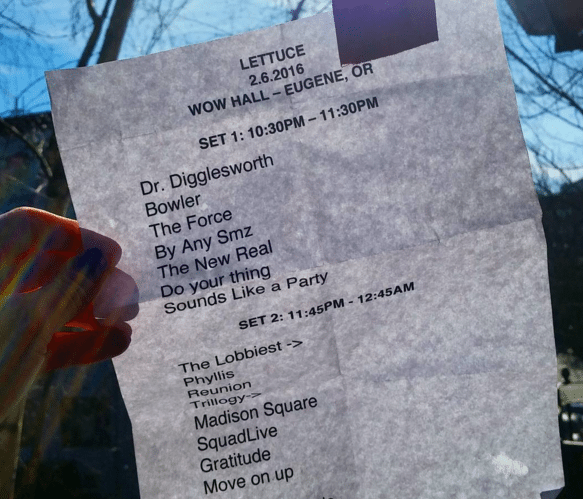 The night ended with the band breaking out several crowd’s favorites including ‘Madison Square’, ‘Move On Up’ and a Bob Marley tribute in honor of the late musician’s birthday, ‘Exodus’. After the show, we had the pleasure of spending some time with the band members and a few others, making it a very memorable and special night. From witnessing Deitch listen to and give encouragement to a ten year old fan after the show to offering us cookies baked with love by a woman simply known to the guys as Barbara, the funky family that composes Lettuce is the most humble and talented you’ll ever meet. 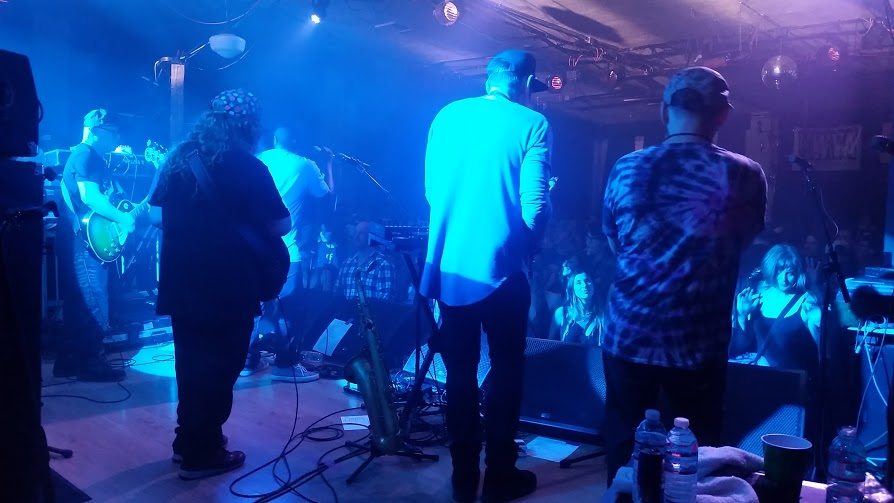 Lettuce at Wow Hall in Eugene, OR. Taken by Sydney Paschall for Compose Yourself Mag.

We cannot thank the band enough for their hospitality and the great round of shows! Catch one of their West Coast shows left on the tour and make sure to hit the band’s inaugural festival, Fool’s Paradise, which will be happening over April Fool’s weekend down in St. Augustine, Florida. You can expect one hell of a weekend. See you there!