Euphoria Music Festival drops their 5th anniversary line-up and it’s dreamier than we could have ever imagined! With heavyweights pulling from all genres, a festival community and vibe like no other and the perfect location of Austin, Texas, Euphoria is a must to kick-off festival season! 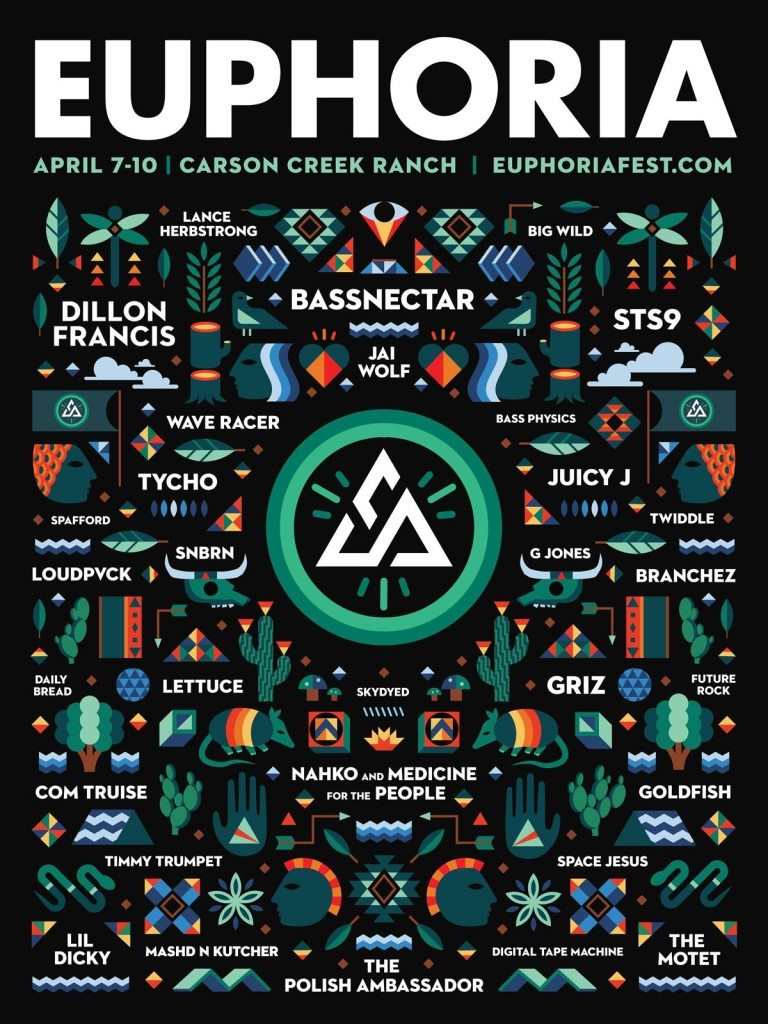 Taking place the weekend of April 7-10th, the 5th anniversary edition of this prime camping and music festival boasts legends STS9, Bassnectar, Dillon Francis, Tycho, Juicy J, GRiZ, Lettuce, The Polish Ambassador, Goldfish, The Motet, Nahko & Medicine for the People, Lil’ Dicky and that’s just the first round! Did you get all that goodness? Just in case, take a look at that killer phase one line-up one more time, or a few, to get yourself even more excited about what the future holds. Euphoria remains an organic, art and community-based festival and this line-up has such an eclectic mix of household names that we are already counting the days until we can bask in the Texas sun on the banks of the Colorado river with our closest festival family and start the festival season off the right way- in our opinion! 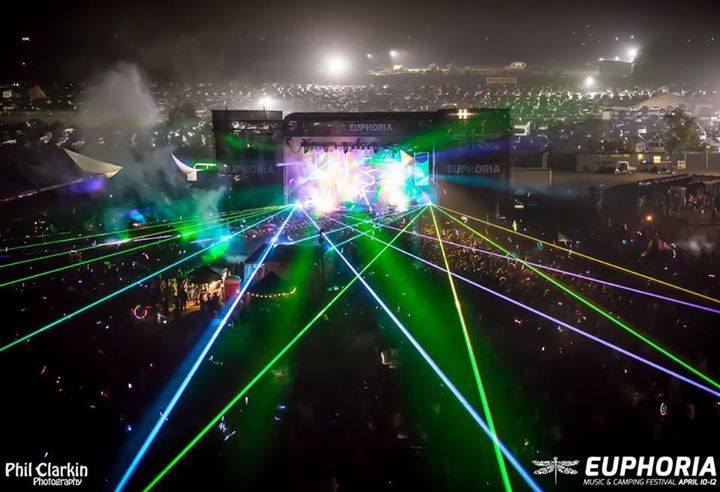 If the line-up wasn’t enough to get your mouths drooling about Euphoria Music Festival, here’s a little something extra to throw in the mix: FESTIVAL PASSES ARE ONLY $119 right now and Euphoria is offering payment plans consisting of three installments to make it even more convenient for you to attend the fest. There are multiple camping options for your choosing as well. You can even arrive a day early and join in on the New Moon Pre-Party! SEE YOU IN 110 DAYS!