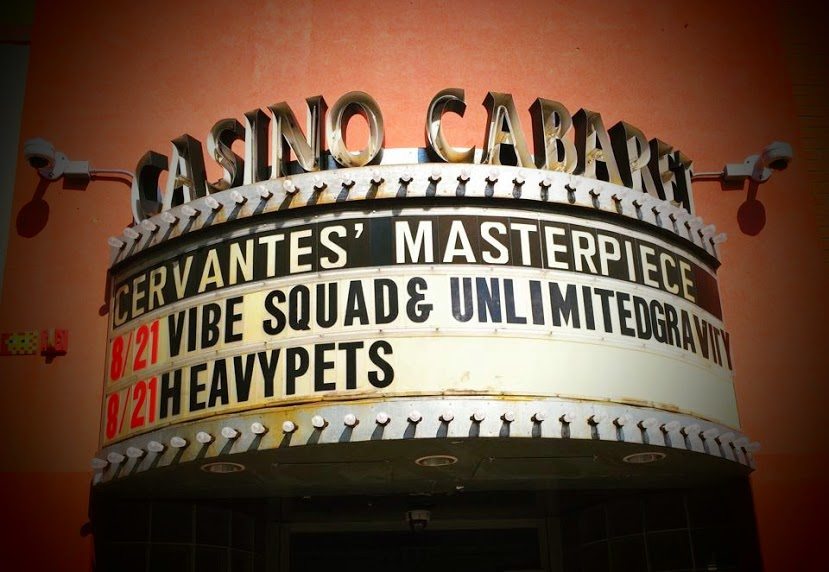 The glitchy goodness was alive and well last weekend here in Denver as local Unlimited Gravity opened for VibeSquad at Cervante’s Masterpiece Ballroom on Friday August 21st. Still amped up from his performance at Arise Music Festival in Loveland earlier in the month, the Colorowdy vibe was already thick as Weberg’s time slot crept up slowly. By the time Nadasound kicked off the show, Cervante’s was packed and waiting.

Though they’re both as equally known through their own unique productions, Jerry Jay Jaramillo and Ronnie Weberg create the best magic (IMO) under Unlimited Aspect, when the two combine forces to create an addictive and glitchy fusion of electronic funky hip-hop that’s impossible to keep still to. More simply put, the UA sound is just what they like to call it, BASSASS. That fateful night would see the two giving us just that; that UA fire to make it even more of a party! The bumps and grinds came out hard during Unlimited Gravity’s set, with girls bending over to twerk and everyone wearing matching cheesy grins without a care in the world. United we were under Cervante’s roof that night, and the juicy beats supplied by Weberg offered up the perfect soundtrack.

It’s hard to believe there could be more to the night after the producer finished, but alas there were hours left to go. Besides, we still had one of the reigning electro glitch champs to grace the stage, and that was of course VibeSquad himself.

VibeSquad was everything we’d hoped for and more – throwing out endless dance floor bangers and giving the Cervs crowd one hell of a night. Thank you to the Mile High Sound Movement, Unlimited Gravity, and Compose Yourself Mag for having me out to capture this awesome event.

It was my first time experiencing UG, and I was blown away by his precise mixing and impeccable originals – the energy during his performance was one of my top live experiences that have ever gone done at Cervante’s, and I can only imagine the next show will be even better. Until next time!