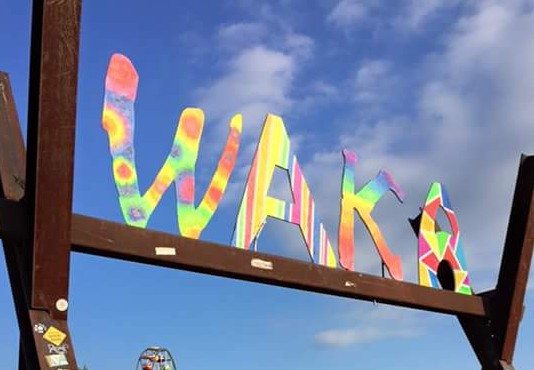 There are many things that come to mind when thinking of the sweet moments of life, but it’s always the little things that end up meaning the most; sunshine, camp outs, and the overall ability to have a damn good time. Give me all three in an epic weekend and I’m stumbling over myself with excitement. Wakarusa was my personal bliss savior this weekend, and I’m still drooling over some of the greatest performances I’ve seen in my life. The return to reality after the experience that Wakarusa gives is a difficult one. In order to ease mine and others post-festie blues, I’ve gathered my top 10 memorable moments of Wakarusa to re-live the magic all over again. It goes without being said, but the awesomeness of Waka 2015 went far beyond music – it was an all-encompassing experience, from the compassionate volunteers to the dedicated stage managers who made our festival possible. Thank you, thank you, THANK YOU, and we cannot wait to see you all on Mulberry next year! 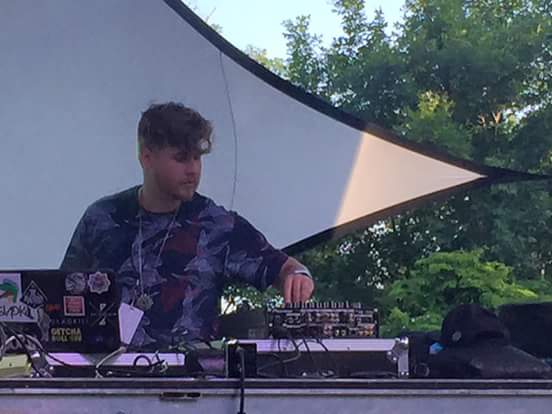 Gladkill Performing at Satellite Stage
One of the very first shows high on my ‘must see’ list was Gladkill, who would be taking over the Satellite Stage on Thursday evening of the festival. To say it was ‘hot fire’ would be an understatement – I danced my booty off with my Babe Squad like mad women, and every single person in the crowd was doing the same. Dropping new singles from his latest collaboration with KRNE, Gladkill also laced in some of his earlier gems and insane hip hop remixes that made more than a few people lose their minds. Thank you, Boris G, for christening our arrival to Waka with your delectable and grimy beats – Crossing our fingers for a SoundCloud stream! 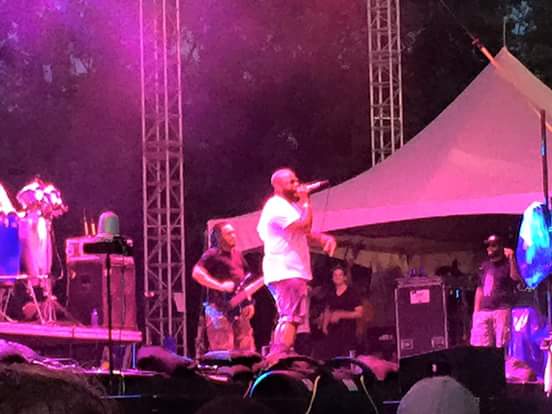 The Roots at Main Stage

Another band I’d yet to see, the one and only Roots, were set to perform on the Budweiser main stage on Friday. Heading towards the stage I immediately broke into a sprint when I saw ?uestlove’s iconic afro bobbing behind his drum set. The Roots have been performing since before I was born, and it goes without saying that I remember their music being flooded through the house during my childhood – my mother loved them, my dad loved them, and I had always loved them, too. But this set – it was one of the jazziest things I’ve ever seen. The group even busted out a spontaneous cover of Fetty Wap’s ‘Trap Queen’, but made a perfect transition into an original track before letting it hit the songs’ [god awful] chorus. Toeing the lines of keeping it fresh while still nurturing their authentic vibes, The Roots truly made an impression on me that had me buzzing all weekend long. 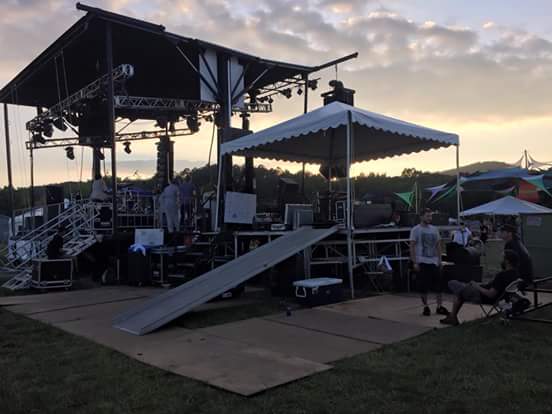 The Revivalists are a band I’d discovered and fallen head over heels with during last year’s Wakarusa, and the magic picked up right where it’d left off. Upon seeing the band would be returning to the festival to perform two full sets had me stoked like none other. Gracing what was once the Outpost tent during their first performance on Thursday night, their signature fervorous performance fueled our dancing souls for their entire set.

Moving beyond the tent from last year, the Outpost Stage boasted some of the most epic vibes on Mulberry. Outpost manager Chris Bowman, a true veteran of Wakarusa, manned the decks while he and his crew hosted some of the best sets of our weekend. Its backstage area had its own unique touches as well, with tapestries, handwoven rugs and incense creating an ambience of its own. Paired with the admirable energy of the Revivalists, this stage found a warm place in my heart. It was from there on out that I found leaving the Outpost stage nearly impossible for the rest of the weekend, and luckily, I didn’t have to: Chali 2na, one of hip-hop’s most legendary MCs, performed a set of epic proportions on Friday of the fest, hyping up the crowd with his versatility and energy. A dedicated fan bounced their Charlie the Tuna rage stick for the entirety of his set – and Chali took the time to come out from the barricades and sign the flag as soon as he was finished. Cue the feel-good vibes of this moment in particular and you’ve got the Outpost mood on lock. The UK’s Glass Animals had us drooling with their mesmerizing performance on Saturday night as well, where fans came swarming to pack out the field at Outpost. Check out the video we snagged of the band playing ‘Gooey’, one of our favorite hits of theirs.

A man of many forms, Russ Liquid may not even be from Planet Earth. I’m pretty much 90% sure of this after seeing him throw it down at the Satellite Stage for a late night, and though I’ve seen him nearly a dozen times, this set was out of this world spectacular. With the Satellite Stage filled with long time fans as well as new ones, Russ Liquid compiled a performance that truly showed his artistry in the ‘liquid funk’ genre he’s perfected over the years. 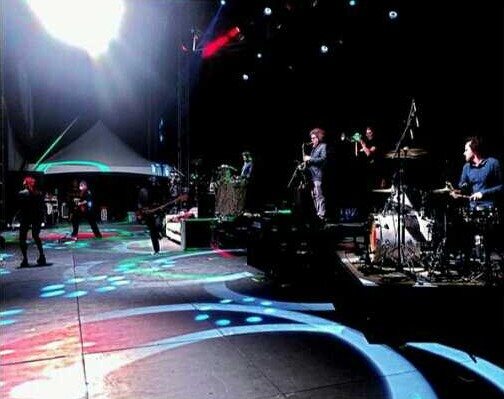 Thievery Corporation Closing Out The Festival on Sunday Night

By the time Sunday rolls around at a festival, the vibes are much more mellow than the weekend’s bass heavy predecessors. A band that executes both a relaxing atmosphere and an epic party vibe is hard to find, and DC’s Thievery Corporation gave us the perfect energy to close out this year’s Wakarusa. With the full live band taking over the Main Stage, the group rolled out fan favorites and classics such as ‘Culture of Fear’, ‘Lebanese Blonde’, and
‘The Heart’s A Lonely Hunter’. Spanish songstress Natalia Clavier also lent vocals on ‘Depth Of My Soul’, giving the song an exotic face lift. In a hat tilt to their upcoming performance in Chicago for a Grateful Dead tribute, the Thieves broke out a cover of ‘Fire On The Mountain’, an outstanding end to their set.

The St. Bernard’s To My Rescue!
As a self proclaimed professional festie head, I pride myself in stepping over the usual downfalls of bad festivaling, ie, losing your tent’s rain fly, not using airplane mode, or leaving the cheese packaging open in the cooler, but this time, I had a slip-up: I lost my precious, precious phone. I was SOL, and instead of being positive, I was extremely doubtful that I’d have it returned to me by the end of the festival. But, after several prods and suggestions from friends and Wakarusa staffing members that I should check St Bernard’s, I decided I had nothing to lose. Now this is where it gets awesome. Not only did they have my phone, and albeit I was thoroughly relieved, the biggest smile on my face happened while speaking and getting to know who the St. Bernard’s actually were. A group of compassionate, knowledgeable, and seasoned festival goers whose purpose is literally to make your Wakarusa experience all the better. Not only do they pick up lost items to bring back to their post, but they are also available for those needing help with pretty much any festival malady; be it dehydration, getting lost, or needing med attention. The St. Bernard’s were truly a godsend for my weekend, and it wows me to know that there aren’t many other organizations out there doing this at festivals. If you ever find yourself in a crisis at a fest, before freaking out, I highly suggest finding these guys right off the bat!

Krooked Drivers at Satellite Stage
Colorowdy has always been ahead of the curve when it comes to the good things in life – and in this case, it’s that good old electro-soul that we can’t get enough of. Coasting on the high from their newest album release, Find A Way, Krooked Drivers have been on serious crush mode this year, so seeing their performance at Wakarusa was an unquestionable must for us. The producer duo brought the CO love heavy during their set at the Satellite Stage, pulling hits from the new record to remixes from their early beginnings, sprinkled with a bit of everything in between. The crowd boogied and swayed while getting down to KD, and not even 30 seconds had passed before their last song ended and the audience began calling out for an encore. With Thomas Jack anxiously taking selfies backstage while waiting to set up, the duo exited the stage and left the crowd itching for KD’s beats – a surefire way to get us more hooked than we were before. 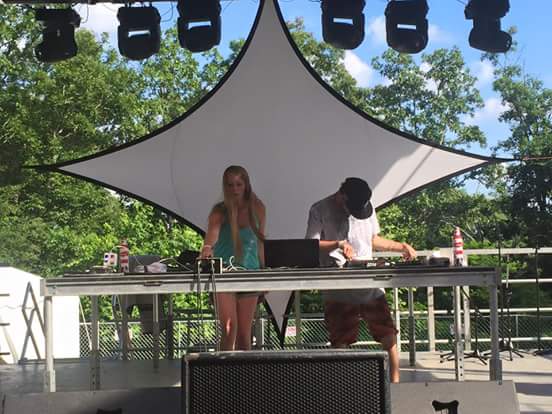 This list doesn’t even begin to cover the magic we experienced at this year’s Wakarusa! Endless thanks and gratitude to everyone who shared their talent, hard work, dedication, and incredible vibes with us. Cannot wait for next year!