Arriving at Carson Creek Ranch on Thursday night before Euphoria Music Festival, I knew it would be a great weekend when one of the festival partners serendipitously found me and golf-carted me to our own special VIP camping area. For my second year at Euphoria, I took hiatus from musical performance and took an opportunity to experience the festival and share what I found.

While I was pitching my tent, some of our friends were treated to a sneak preview of the festival grounds. When they returned to the RV, their eyes were aglow. Between 2014 and 2015, Euphoria achieved a major facelift with some stunning additions to their entertainment arsenal. The Dragonfly Stage, the sightly riverside amphitheater from the year before was back in full effect, along with an improved late night campground stage inside a massive blow-up house. An entirely new late night stage sponsored by Jagermeister was erected beside the path between the main stages and the campground, and the entire grounds had been expanded for more stage, more lights, and more fun. 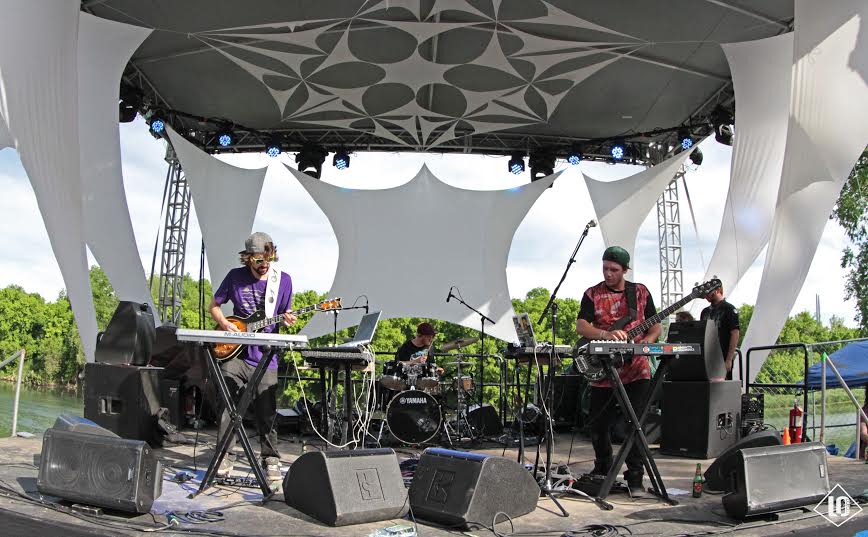 Sunsquabi at the Dragonfly Stage. Photo by Lauren Pinkney

Highlights of Friday included an energetic performance from Sunsquabi, Colorado’s rising stars in the electronic jam band world. Guitarist/producer Kevin Donohue covers lead guitars and electronic textures while bassist Andrew Clymer brings the funky baselines, both acoustic and synthetic. Drummer Chris Anderson glues the band’s sound together both live and in the studio with tight beats, fills, and energetic grooves that rise and fall, along with an attitude and live presence that serves as a starting point for the undeniable energy that permeates every “Squab” show.

At night we were treated to a very special set from STS9 featuring their newest member, bassist Alana Rocklin. Rocklin’s replacement of David Murphy was probably the band’s best decision they’ve made in years; they are more funky, more musical, and more together than ever. 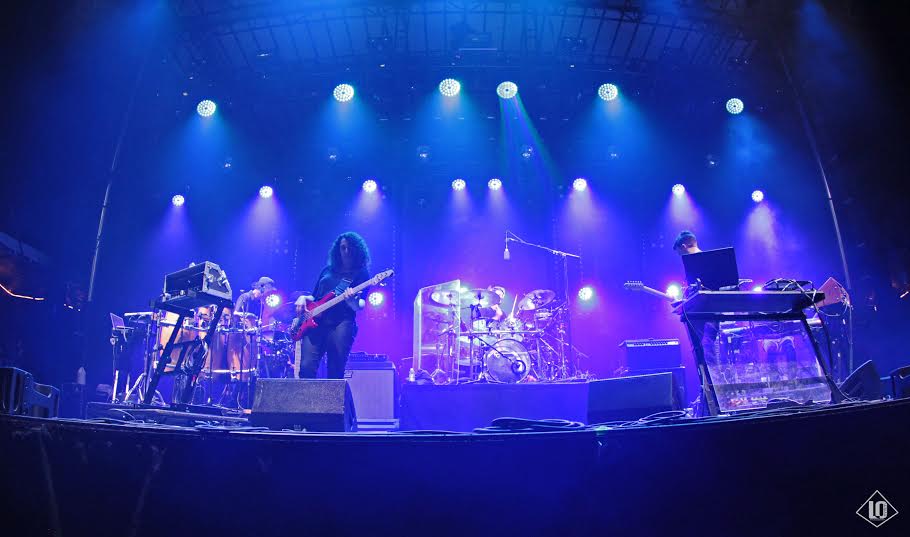 Saturday’s lineup included old favorites like The New Deal and Ghostland Observatory, the latter of whom hadn’t played a show together in several years. For them, Euphoria was a grounds to test the waters for what may be some tour dates in the next year. The night culminated in the stunning light show that is Pretty Lights, and in the past six years his show has evolved dramatically. Even though we’ve heard all the songs a thousand times, and we’ve heard Derek’s intoxicated ramblings more than we would like, the Colorado native delivers an undeniably entertaining performance that is sure to attract you and your best friends who’ve been living the festie life for years.

We were treated to double sets from Particle, both on the main stage and at the Jagermeister stage late-night after Pretty Lights. Particle has been doing their electronic jam thing for a long time, but are most impressive for covering such wide sonic territory without the use of laptops or other computers. Steve Molitz is at the controls with an ample synth rig, while returning guitarist Ben Combe is unbelievably stoked the entire time, even when he’s not performing. 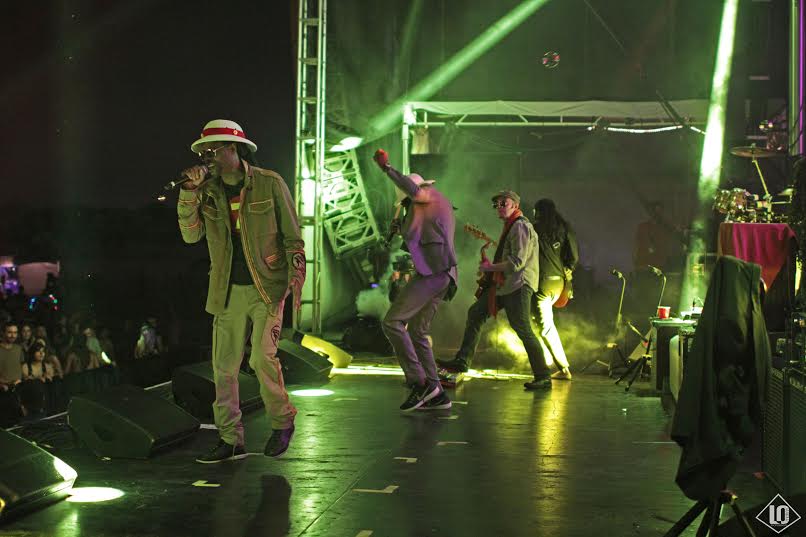 The festival made a wise decision with Sunday’s lineup to include the mellower acts of the weekend, tying the main stage up with Thievery Corporation. The final day concluded a lineup that showcased some rising stars but more importantly boasted a stellar blast-from-the-past collection of live electronic legends who all came and delivered fabulously. The event’s production was totally unmatched by previous efforts; the sheer hazing fog machinery on the main stage was worth $20k alone. That doesn’t include the multi-million dollar sound and light rigs composited from the festival producers and headlining acts.

Despite some challenges along the way, Euphoria 2015 was a literally blazing success (did you see Ghostland’s light show?). Any festival or any organization for that matter will have growing pains, and Euphoria dealt with them beautifully. This year’s lineup was almost completely different than last year, and it comes on good authority that the festival doesn’t like repeats. In 2016 we can expect an entirely new experience building on the success of this year’s festival, and personally I can’t wait.