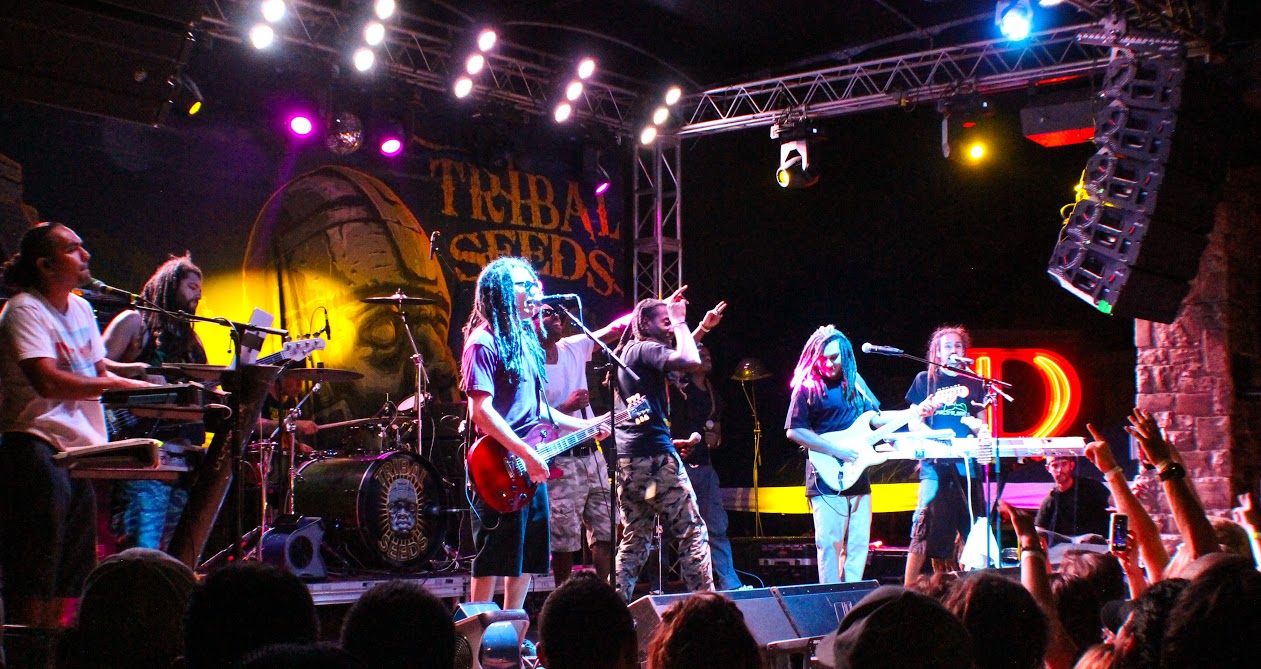 Review and Photos by Brooke Stalker.

Some may say to “Never Go Full Irie”. Luckily, Dallas turned a deaf ear to those foolish souls this past Thursday August 28, at local hot spot, The Gas Monkey, successfully pulling off a full Rasta Welcome for the talented guys apart of the Tribal Seeds. Kicking off their latest tour earlier this August, Dallas was lucky enough to be one of the very first stops. All of the guys were able to bless our stage in order to promote their uplifting new album, “Representing”, along with support from the guys of New Kingston. It is a group effort to deliver those roots rock reggae vibes everyone was so desperate to skank to, and what a great team those guys make.

Blasting out majority of the vocals Steven Rene Jacobo, was accompanied by all of the greats. Brother and co-founder of Tribal Seeds, Tony Ray Jacobo produced a seamless set on his keyboards, while Carlos Verdugo pumped it out on the drums. Keeping the beat steady with Victor Navarro on the bass, and constant support and rifts from Ryan Gonzo with guitar and dope vocals. Not to forget, E. N. Young with the epic keyboard, sweet sounding vocals, and the awesomeness that is a Melodica. 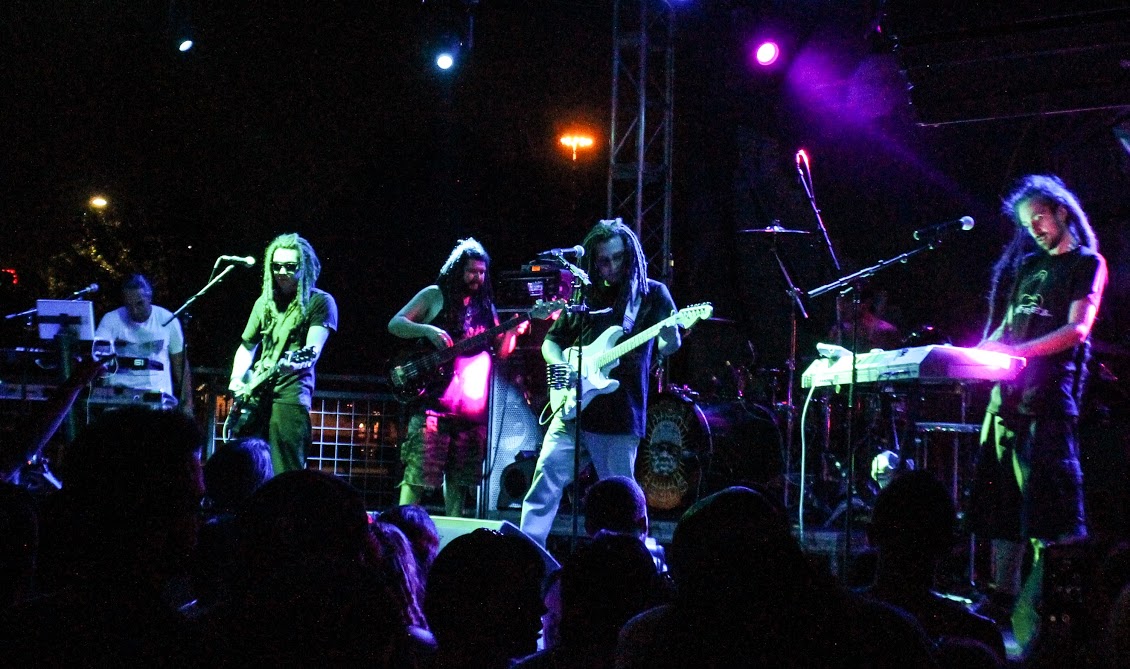 Rocking mostly tunes from their newest album “Representing” and a past favorite, “The Harvest”, I was happy to hear Moonlight, and Rock the Night, along with those staple songs The Garden, All I Know, and Come Around. As a band they are musically on point, truth be told though, what I find more exhilarating is the healing experience of a Tribal Seeds performance. Stepping through the barrier that is the ticket table one is filled with a sense of belonging and innate happiness. When attending a Tribal Seeds performance expect for yourself to let down the social barriers put up after years of dealing with angry show goers. Expect to be surprised when there is no hostility poking around, only 420 fumes.

People attend musical events to not merely listen to the jams, but rather to make a connection with the artists and fellow show goers. It’s a miracle if most groups even manage to form a foothold with the crowd. Tribal Seeds on the other hand, practically braided their energies with those of the crowd, creating a beautiful entangled web of rasta, love, and good vibes. Truly a magical experience, a Tribal Seeds performance is a worthy show to spend your hard earned dollars on.

Throughout the show I witnessed the artists making jokes and having quick connections with individual audience members. The musical style of this band allows for this open connection. The Tribal Seeds crew is full of an immense amount of talent. Rather than each member specializing in their own distinct fraction of the dynamic, these guys have a blending mastery of their craft. Switching off vocals, leads, and instruments throughout the show, giving way for the grand connection that encompasses their performance.

If you are still unsure if these guys are worth the adventure I believe what I tell you next will drive home to you the warm-hearted vibes flowing from this group. They are not thankless celebrities trying to make a buck, rather a group of gentlemen with the desire to spread positive vibes. Without a guard or apparent personal agenda, E. N. Young went into the parking lot after the show to give some love and appreciation back to the fans. This was not a quick appearance; rather he was truly spending time with his supporters.

A friend of mine purchased a melodica from the show, Young singed the case and even played a quick melody. Actions like this break a band out of the static mold and turn them into a living organism budding with positivity, spreading love and light to those around.
The show was truly a healing experience. Everything from the fabulous venue, the chill attendees, to those special guys apart of Tribal Seeds, blended together to create a perfectly Rasta Night. Thank you Tribal Seeds for all that you do.