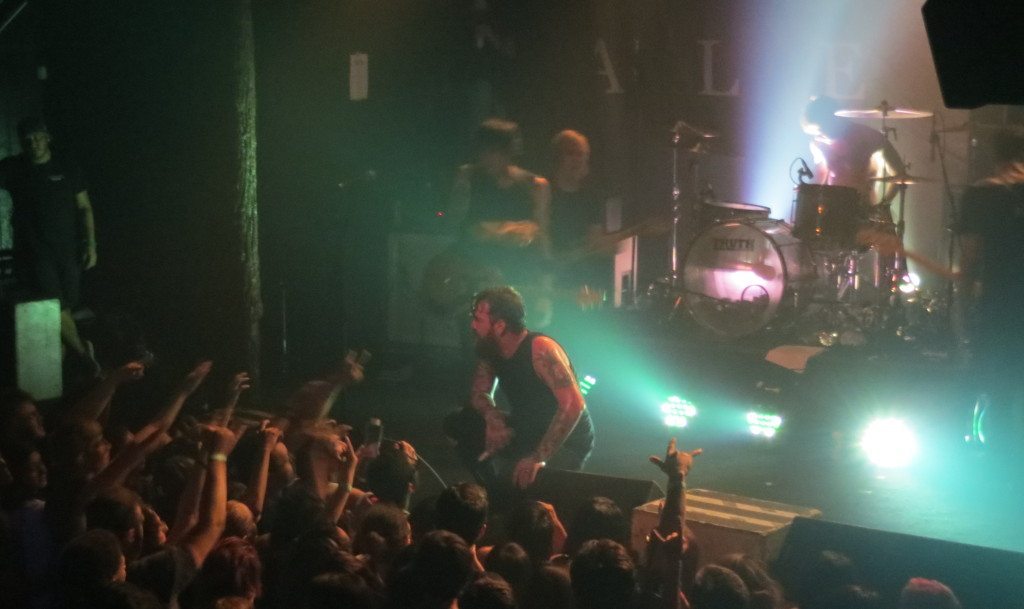 Pop-Metal rockers Alesana kicked off their Chaos Is A Ladder Tour with Megosh in Austin last week after making Trees in Dallas one of their first stops on the tour. If you’ve ever been to Trees in Dallas, you know it’s an intimate venue, making it a great place to see any band you’re passionate about. It’s a place where you can walk up to the bar for a beer, and see the lead singer of Megosh right there mingling with fans. Even on a Sunday night, Alesana was able to pack their fans into Trees; the die-hard music lovers came out expecting a great night of music, and the bands on the billing did not disappoint.

Megosh carried the energy of the opening acts and pumped the crowd up with their melodic guitar riffs and catchy harmonies. Every time member Finch Flores stood on a speaker to wail on his guitar, you could feel him singing to you. They even did a full band version of a track called ‘Monsters’, which had previously been only recorded as an acoustic. The energy from the crowd erupted when Shawn Milke and Shane Crump from Alesana joined Megosh on stage for one of their last songs (something you don’t see enough at shows), but not before Megosh front man Jon John jokingly admitted to downloading all of Alesana’s albums. The harmonious and fun relationship these two bands have together is nothing short of amazing on their second tour together. 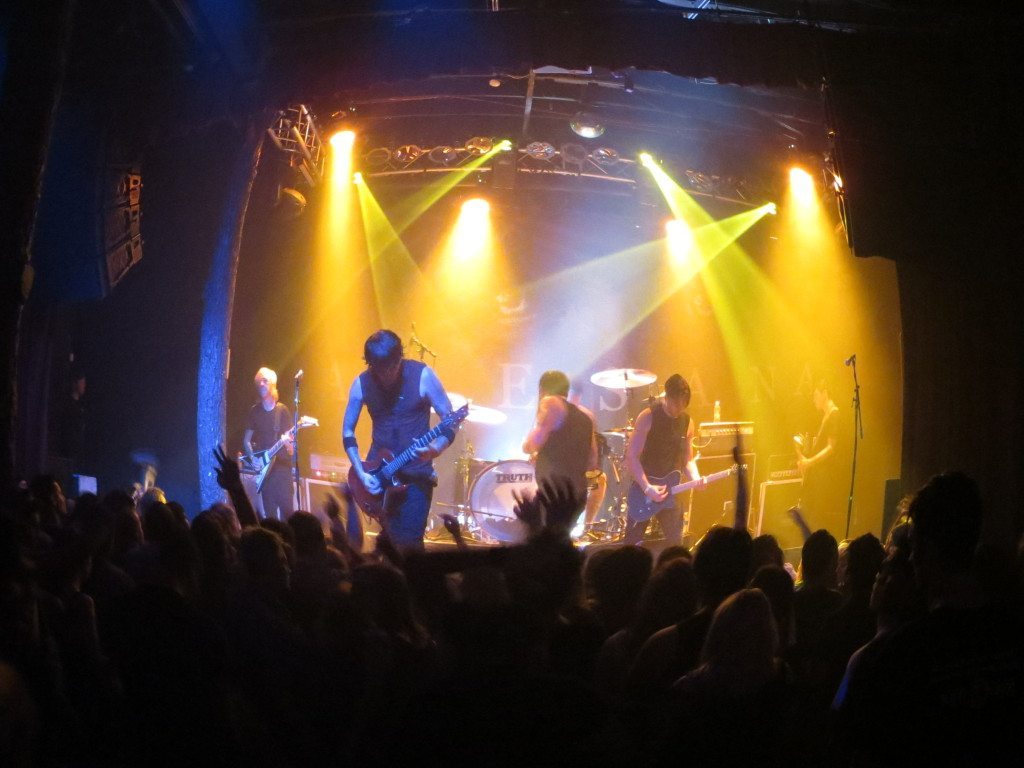 You could tell Alesana was taking the stage when a symphonic melody started to fill Trees. The smoking area emptied and the club slowly began to fill up. From the first beat to the last snare you could feel every drum kick from drummer Jeremy Bryan go through your entire body. Anyone in the room could tell that we’d all been waiting months for the show, and the moment was finally here. From the second Shawn Milke started singing, everyone – and I do mean everyone – in the venue joined in unison, even those like myself who couldn’t even get close to Milke’s singing range. If you’re a fan who happens to know every screaming vocals section in their songs, it won’t go unnoticed by Alesana screamer Dennis Lee, who acknowledged a girl during the show who was right there with him screaming every lyric to every song.

Alesana mostly played songs from their third studio album The Emptiness, and of course ended with their hit song ‘Annabell’; They even busted out ‘Nero’s Decay’ from their second studio album On Frail Wings of Vanity and Wax. Also playing songs from their latest EP, A Place Where the Sun Is Silent, and saved one of their most recent singles, ‘Fatima Rusalka’ for their much anticipated encore. 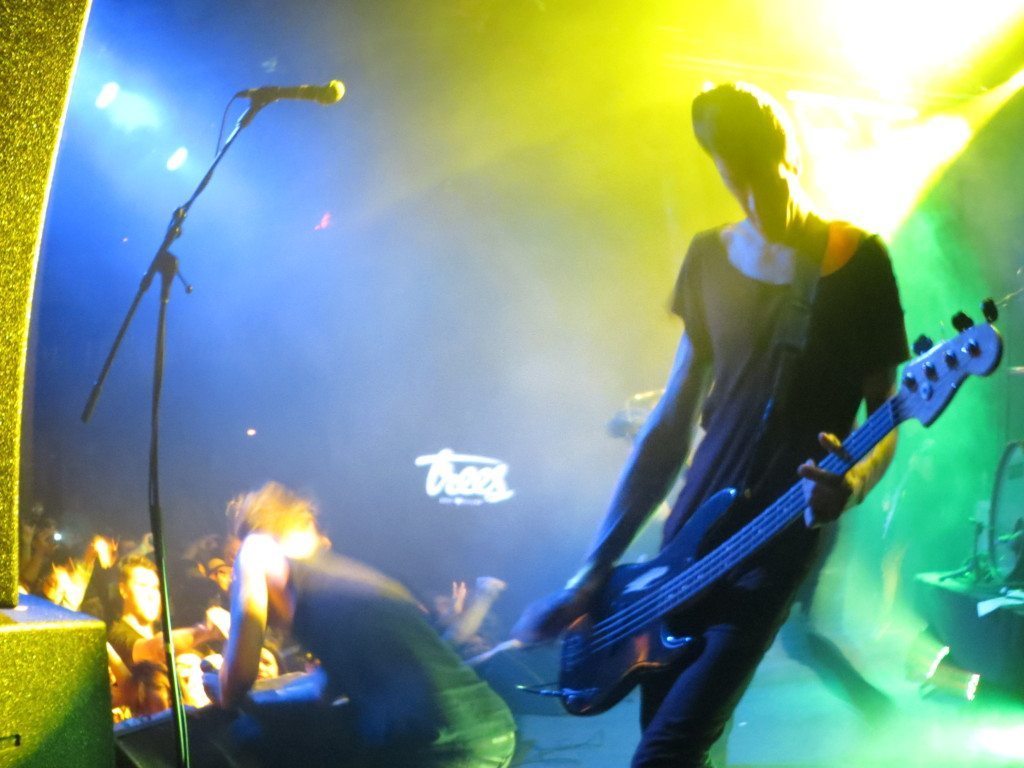 Alesana has been making music and writing stories for a decade now, and they wouldn’t be doing it today without their loyal fans. That’s why if you would consider yourself a die-hard Alesana fan at this show, it didn’t matter how tired you were from the weekend; there was still no other place anyone there wanted to be! Especially when Jon Johhn from Megosh joined Alesana on stage close to the end. The vibe at this show was unlike any other. Big ups to the guys from Alesana for staying and meeting with fans afterward. Look for their upcoming studio album and the conclusion of their Annabel trilogy set to hit store shelves in Spring 2015. 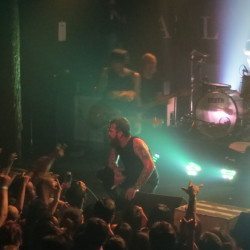 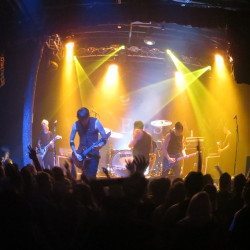 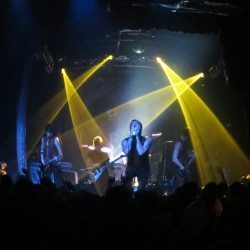 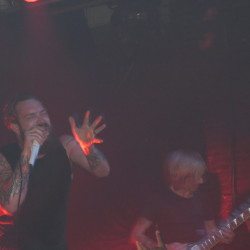 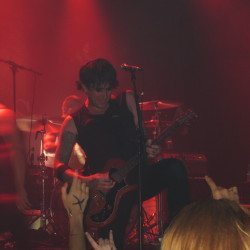 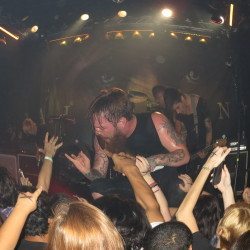 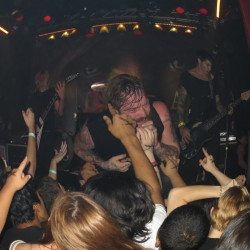 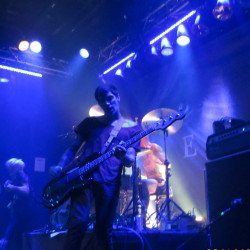 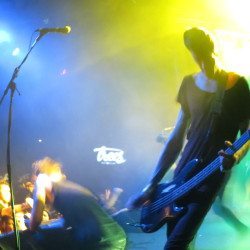 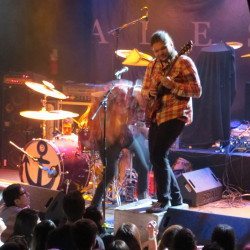 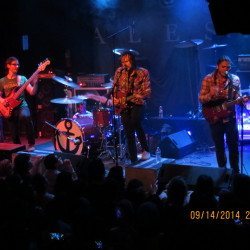 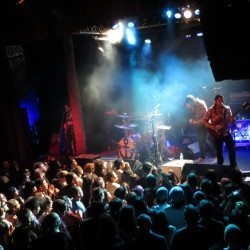 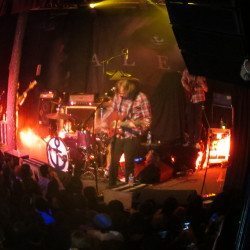 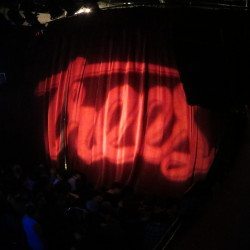 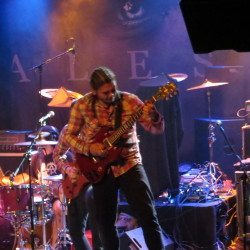