While F.A.R.M. Fest quickly proved itself to be more than just a weekend of music, that didn’t mean there wasn’t a fine selection of some of the hottest acts on the festival scene touring today. Featuring such illustrious stars such as EOTO, Papadosio, Desert Dwellers and Liquid Stranger, what set it apart from most other music festivals this summer was its showcasing of some of the best artists working just under the public’s eye. Here are a few of my favorites. 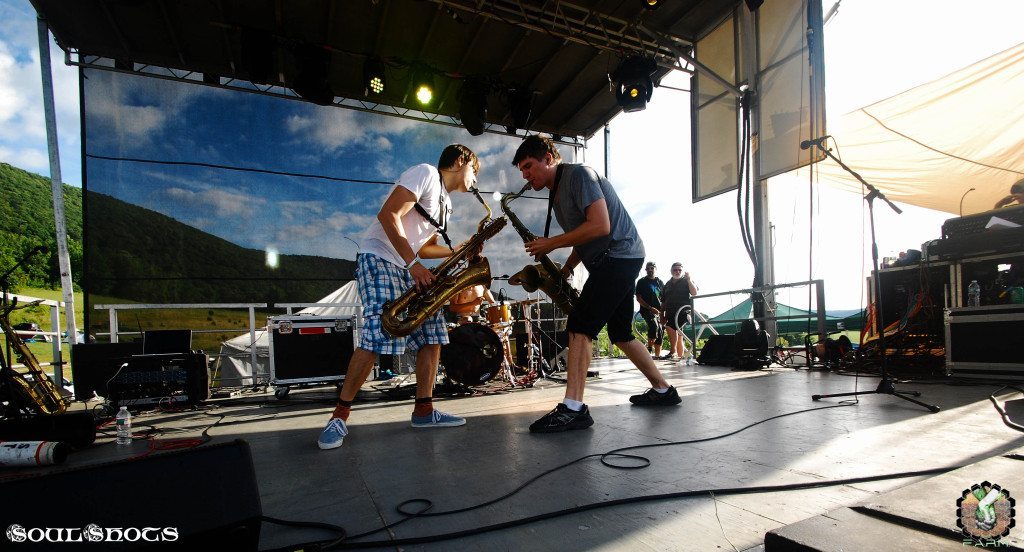 Moon Hooch on the Main stage

MOON HOOCH – Moon Hooch were one of the first bands to grace the main stage Thursday, but their out-of-control performance left an impression of which I’m still feeling the effects. This three piece band from New York consists of a drummer and two horn players, and had one of the most high-energy performances of the weekend. When I saw one of the saxophone players insert a traffic cone into his horn to make dubstep wobbles, I knew this was a group I needed to remember. Having first made a name for themselves busking on New York City subways, it’s great seeing this incredibly creative group making a name for themselves on the festival circuit.

ESSEKS – Brooklyn based producer/guitarist Sam Eckstein is really starting to make a name for himself this summer, playing the stages of F.A.R.M.  Fest twice with both his band, Technicolor Lenses, and a solo set. He really caught my attention with his early set on Thursday, where he managed to bring out a mass of weird party vibes that set the mood for a crazy first night. His music is a very tasteful blend of hip-hop based dubstep, and a myriad of other styles with influences everywhere from J Dilla to Manu Chau. It was around the time I heard his remix of the forever-classic Tetris theme, that I lost control and started grooving like a man possessed.

UNLIMITED ASPECT – Probably my personal favorite set of the weekend came from Colorado based live Glitch Hop group Unlimited Aspect. Consisting of Ronnie Weberg (Unlimited Gravity), Jay Jaramillo (Project Aspect), and drummer Steve Kuzma, the trio ran through a hard hitting set of deep crunchy bass music with the intensity of a DJ set and the richness of sound you can only get with a full live band. Their set at the Jam Dam stage was absolutely one of the highlights of my weekend, and if that weren’t enough, we were blessed with solo sets from both Unlimited Gravity and Project Aspect on the Funkytown stage later that night. Much to my delight, the duo also ended up performing an impromptu DJ set on the main stage Saturday afternoon.

FILIBUSTA – Making sure no one went to bed early on the final night, Filibusta made his East coast debut at F.A.R.M. Fest, and was a definite highlight from the Funkadelphia stage’s already impressive lineup. His music had a distinct feel, blurring the lines of future funk and glitch hop all while stirring the crowd into a frenzy with heavy bass. The tent was so tightly packed with people dancing that the atmosphere soon felt like a sauna, heavy with sweat and funk.

SPACE JESUS – Space Jesus closed out the festival’s Jam Dam stage on Saturday night with a high intensity genre-defying set that was a perfect cherry atop the chocolate sundae of this great festival. Brooklyn’s Jasha Tull has been steadily building a rather large fan base in the New York area with a unique and consistently innovative sound. With influences ranging from trap, dubstep, glitch hop to psytrance, drum and bass or footwork it’s nearly impossible to guess what you’ll hear next. 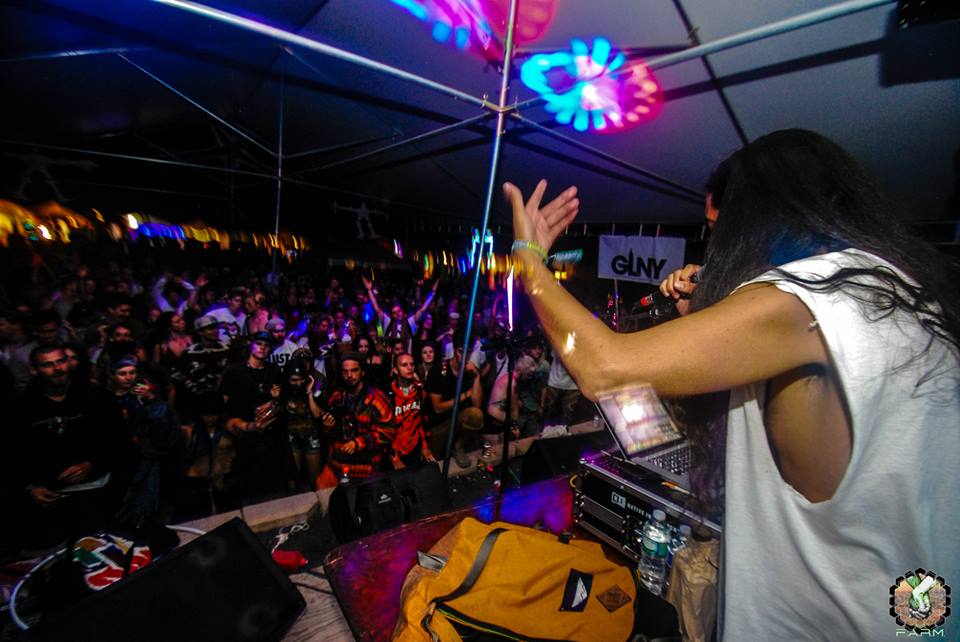 This sample selection is also something that sets him apart from other producers, utilizing such seemingly contradictory selections as viral video clips, an Italian Opera or a child’s chorus of ‘Ring-Around-the-Rosie’, all seamlessly complimenting the hardest hitting bass I’d heard all weekend. Though his set may have been cut short by technical difficulties, the party quickly resumed on the Funkadelphia stage and he even graced the Silent Disco late night with his psytrance/glitch side project with Supersillyus, Schlang. Don’t miss the opportunity to see Space Jesus live as he continues to spread his music across the universe.