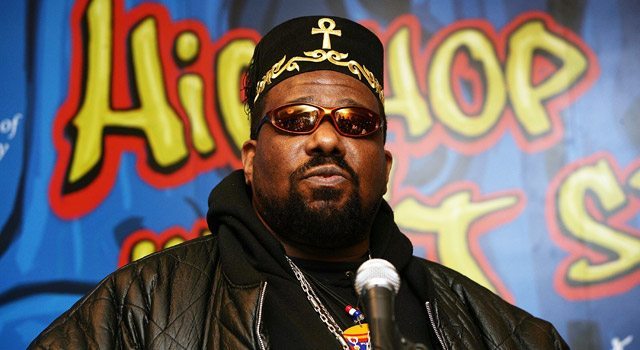 There are fewer names that garner all around admiration and respect such as Afrika Bambaataa. Heralded as one of hip hop/break beat culture’s most influential forces, Afrika Bambaataa was one of the original turntablists who paved the way for many hip hop producers to come. He is widely renowned as ‘the Godfather’, and the father of electro-funk. As founder of the first international hip-hop awareness group, Universal Zulu Nation, it goes without saying that the significance of Afrika Bambaataa’s musical craft and drive for social change is inconceivable.

“I would consider Bambaataa to be one of the three biggest musical influences in my life, along with Grandmaster Flash and Kurtis Mantronik,” Shadow tells Rolling Stone. “He was a DJ with a vision and a sense of purpose, with a desire for social change. He wanted to use the music to help foster a revolution, and the reverberations of this concept are still being felt today, and probably will be forever. His ability to embrace and incorporate all different types of music and art, and contextualize them with a hip-hop mentality, is what the entire culture is based on.” DJ Shadow on Afrika Bambaataa in Rolling Stone 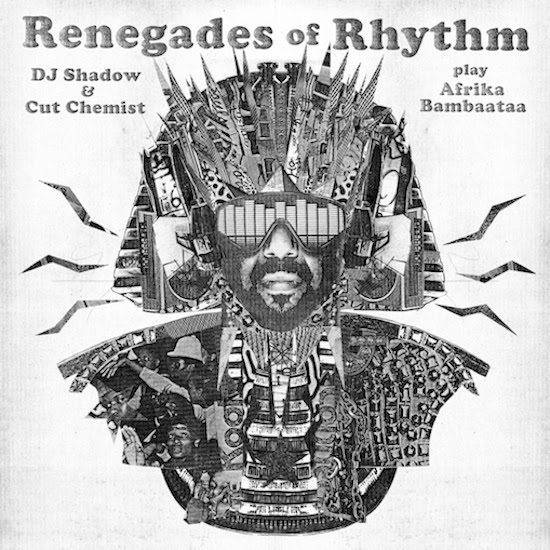 Though the exclusive records of Afrika Bambaataa (yes, all 40,000 of them) are permanently archived at Cornell University, legendary turntablists DJ Shadow and Cut Chemist will be spinning a select few of those very vinyls during their upcoming Renegades of Rhythm tour, set to kick off this Fall. The magnitude of what this tour entails is truly staggering – anyone who considers themselves a fan of true hip-hop should be grasping their tickets as soon as they’re made available. Ultimately, the Renegades of Rhythm tour will not only bridge the generational gaps within the hip-hop community, but will also be served with an innovative twist on the classic records Afrika Bambaataa used.  In true, original deejaying fashion, the tour will implement the use of six turntables and a variety of real-time effects; live sampling and all.

“This has never been done before, definitely not on this scale. They’re HIS records, with his blessings. This isn’t just ANY copy of ‘X’ breakbeat, it’s THE copy, THE copy that started everything. Not just any records, the MASTER OF RECORDS’ records.” – DJ Shadow.

A complete list of tour dates and tickets are available through Livenation.