So just what is the Unified Field Theory? We had the privilege of learning about this topic from Jamie Janover, the mastermind behind Sonic Bloom himself, and many other inspiringly intellectual performers at the festival. 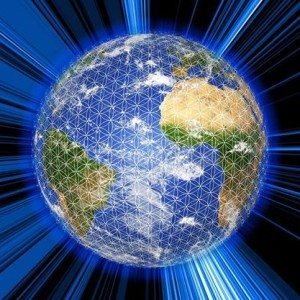 Jamie Janover built Sonic Bloom on the principles of the Unified Field Theory, which is Nassim Haramein’s lifelong study into the geometry of space-time; this all-encompassing theory explains the unification of the forces of nature and occurrence of consciousness; it also examines emerging parallels between ancient codes left in documents and monuments with advanced modern scientific ideas.

Unifying the fields of the American Safari Ranch beyond the aspects of musical bliss, Sonic Bloom placed a special and rarely seen priority on their visual performers and dancers. From the festival’s impressive production quality to the intricately built stages and detailed meditation gardens found throughout the site, Sonic Bloom provided a mind-blowingly beautiful weekend of delicacies to entice attendees to no end. 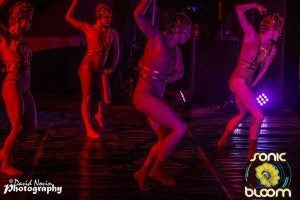 “There is a unified field that already exists, its just aligning our consciousness with that,” Lux Moderna, Sonic Bloom performer, sacred bass producer and singer hailing from San Francisco.

Lux Moderna had the ultimate pleasure of debuting her first ever live collaboration on the Sonic Bloom main stage, which was all set to her own original production, alongside fellow fire-dancers Eve Olution and Hallie Dalsimer.  Upping the ante by adding fire dancers to the mix, this show was one of the most visually stunning of the weekend. Beautiful, strong and amazingly talented, these performers showcased their craft to an audience of awe-struck fans.  Dubvirus, Lux’s partner of 7 years, also assisted in mixing audio while Lux sung and dance on stage. 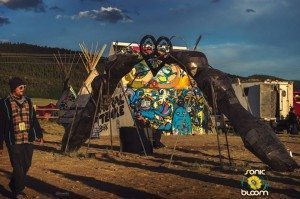 This is just one prime example of how the Unified Field theory was put into a tangible practice by Sonic Bloom. This practice leaves no separation between science and art; it unifies innovation with nature, the feminine with masculine, and individuality with combined consciousness in a harmonic relationship. Sonic Bloom is a safe place where all of these elements are brought together for festival attendees to explore, and then incorporate into their everyday lives.

Special Guests
The meaning behind Sonic Bloom’s ‘Unified Field’ was made clear with the seemingly random appearances of several musical guests over the weekend. Never have we been to a festival that was so chock full of surprises and guest appearances! When attending the press conference on Sunday,we were surprised to learn that nearly all of the performers on Bloom’s lineup had a lengthy relationship with the origins of the festival itself, giving it a refreshing and humbling family gathering vibe.
In addition to an impromptu wedding on the main stage, we were also treated to one of the biggest jam sessions in music festival history – Sonic Bloom Mystery Orchestra, which featured members from Break Science, Dirtwire, Jason Hahn of The String Cheese Incident, and many more.

One of our favorite and most happening spots was the VIP exclusive Bloom Saloon, where festie goers were treated toeven more mystery guest sets every night of the festival. Performances from Kalya Scintilla, the Librarian and more kept the packed out dance floor rocking into the late night, while Saturday’s Pretty Lights Music/SuperBest Records Party brought out Manic Focus, Michal Menert, Krooked Drivers and more. 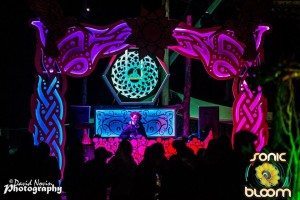 The most alluring attraction of the weekend undoubtedly goes to Theuntz.com Hummingbird Stage. Made almost entirely of wood, the beautifully organic stage served as an spiritual altar as well, complete with gem arrangements. The Hummingbird Stage was designed by Golden Grain Design, a small wood working and laser engraving company in Denver, and has always been an anticipated part of Sonic Bloom. With performances by artists such as Wildlight, Ryan Viser, Krooked Drivers, Templo and many others, it’s safe to say we could be found at this stage more often times than any other.

Widely acclaimed visionary graphic artist Android Jones has maintained his reputation as one of the industry’s finest and most skilled visual artists of his time by performing digital live painting sets for artists such as Beats Antique, Tipper, Bluetech and more. On Saturday of the festival, Android Jones himself hosted a workshop on-site, allowing an intimate and open atmosphere to take place where questions could be answered and his unique craft could be explained. It was truly awe-inspiring to listen to a speech by the man whose work we’ve admired so greatly for years. This openness and sharing of knowledge amongst the festival community further contributes to the Unified Field.

The constant unification amongst artists, builders, performers and all-around movers and shakers is not just exclusive to Colorado, or even the United States. This movement is worldwide. 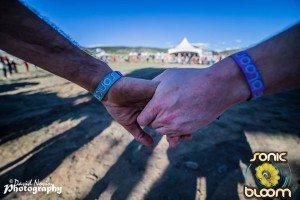 “The state of the union of the festival community is that we do have a ways to go but it’s doing really well; we’re not just doing this in the US,” said Jamie Janover. “[This is] all over the world. The transformational festival community is going super viral; just like anything good on the internet. Like Richard Buckminster once said ‘You never change things by fighting the existing reality. To change something, build a new model that makes the existing model obsolete.’ When the shit hits the fan, you need to know how to collaborate. Who knows how to collaborate? The artists. That’s us. That’s you.”