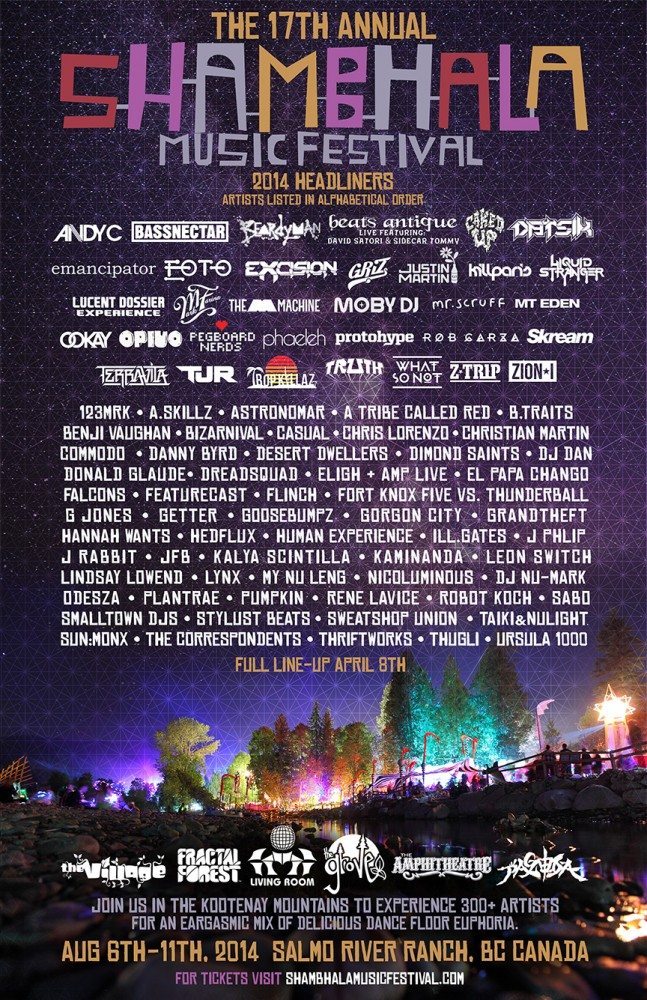 Gearing up for a thirty-three hour drive with almost 2,200 miles ahead, my first experience with Shambhala Music Festival awaits. The Shambhala gathering was placed on my bucket list after the release of their advance artist lineup this year, and the countdown has finally begun.

With zero corporate sponsorship, Shambhala brings some of the world’s top performers and artists to Salmo River Ranch in British Columbia.

August 6, 2014 will mark the 17th anniversary of Shambhala, and it will not be one to miss with ground-breaking performances such as Emancipator, The Human Experience, EOTO, Beats Antique and Zion-I. Artists such as iLL Gates, GRiZ, Bassnectar, Datsik, Opiuo and Excision plan to bring ample amounts of production and bass to the farm for the four-day celebration. A few more artists that I would also advice you to catch would be Lynx, Rob Garza of Thievery Corporation and the Desert Dwellers.

I have great excitement in catching some of my favorite artists at Shambhala, however, an effort is going to be made to connect with some unfamiliar artists whose shows I have yet to experience. I personally hope that Shambhala has large amounts of back-yard, underground bass music that I may not have experienced at a music festival within the States.

As I prepare for my journey to cross the border for the very first time, I can’t help but be curious as to what makes this event so special. From what I’ve gathered, the Shambhala mission is held very close to heart on this weekend to retain a true reflection of a born vision; a vision of what the people of the community want to see in the electronic dance music scene, love and togetherness! 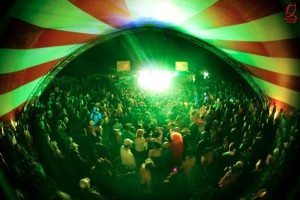 With over six performing stages, each being their own kingdom, the 500 acre farm is transformed with cutting edge production, top notch presentation and lighting to bring nothing but unforgettable experiences to every attendee.

Throughout my years of festival traveling and involvement of the progressing music scene, I couldn’t be more excited to take a step into some of the truest culture, outside of my own element.

Of course, Shambhala has its must see acts and artists throughout the magical weekend, however, my goal is to observe, connect and to give back to a community that has kept so close to its vision of being based around nothing but love, Shambhalove.