There aren’t too many pop punk bands on our radar, but Virginia up and comers Pissghetti grabbed our attention with one listen of their single, ‘Surf’s Up’, an upbeat love song that makes us think of a younger Blink 182 – or a happier Nirvana. Making up Pissghetti are lead singer/guitarist Vincent Castellano, additional vocalist/guitarist Nick Stonewalling, and drummer Zach Wallace. Fresh off the press are new cassettes from Pissghetti, titled So Much For My Happy Ending. To celebrate the release, the band has signed 25 of the cassettes, and are offering them for a minimum donation of $5. All proceeds go directly to the Virginia Beach Seton Youth Shelter, which provides counseling, food and housing for runaways and homeless youth.

To order a cassette, the band can be contacted directly through their email: [email protected] 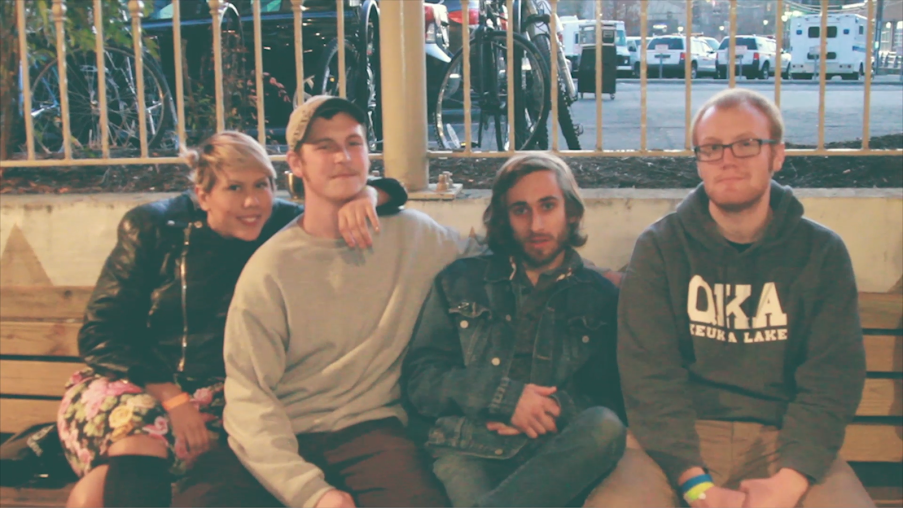 The newest video for ‘Surf’s Up’ features clips from Pissghetti performing at MACROCK, an independently run music festival that happens annually in Harrisonburg, Virginia. Focusing on building community involvement through hosting shows, MACROCK has been a staple within the culture of the mid-Atlantic region. Notable punk bands playing the festival are in the video as well, including Rozwell Kid, Springtime, and Diarrhea Planet. Currently, Pissghetti are staying busy playing local shows in their city of Virginia Beach, as well as recording a new album.