This weekend, on May 10th, Colorado’s world famous venue, Red Rocks Amphitheater, will be graced by one of the most anticipated shows of the year, a Shpongle Live Band performance. If you have seen Shpongle DJ sets (Simon Posford) on any lineups as of late and might be asking yourself, “What makes this any different?” the answer is simple. The addition of Ram Raja, the flutist extraordinaire will be present, as well as a full instrumental band that will be backing the brand new Shpongletron 3.0. 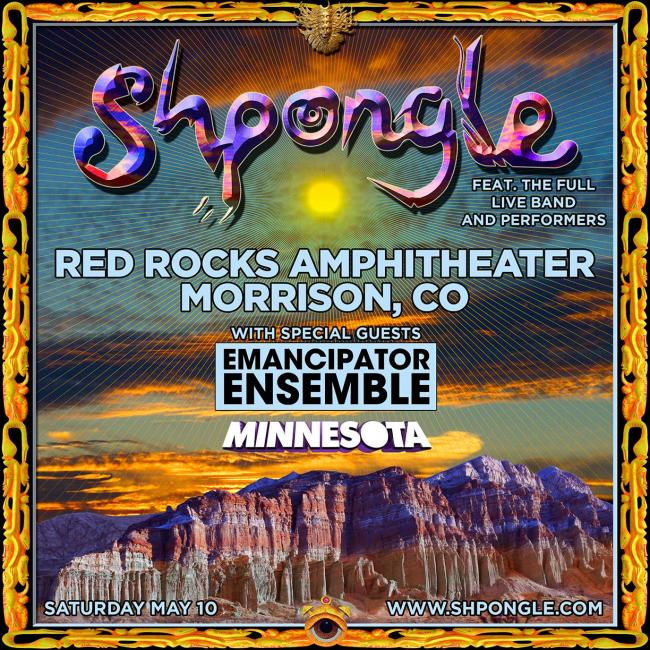 This show is set to be special also due to the rarity of both Simon Posford, Ram Raja and a live band to accompany them, which is being heralded as the last (and only show of 2014) show of its kind to be held in the US. If something called the Shpongletron doesn’t get you excited, then check out the video below, showcasing the 3.0 which was designed by a Visual Artist known as Zebbler. Opening for this extraordinary performance will be the supporting sounds of ambient trip-hop group Emancipator Ensemble, as well as a set by deep bass producer Minnesota. I have personally been itching for a Minnesota show for quite some time, as I have missed a couple of his last performances, including his cancelled set at CounterPoint Music Festival. After seeing Shpongle at CounterPoint, I cannot bear the anticipation of having to see what having Raja and the full band there will add to the experience.

As of this post, the show is not sold out and tickets hover around the $50 mark, which includes all service fees. Click here to go to the ticket page.