From performing sexy sax solos across the country to crafting some of the most delicious livetronica music on the scene, it may seem like Grant, aka GRiZ, couldn’t get any more awesome. Don’t let the producer’s musical talent blind you to his other efforts; in addition to being one of the most established livetronica acts on the circuit, and one of the artists we are most excited to catch at BUKU Fest this month, he is delving into philanthropy efforts via his street team, The Liberators.

“I gave it a name; they (the Liberators) gave it life,” GRiZ told CYM.

Last weekend The Liberators of Chicago headed to Libertyville, IL with over 30 boxes of food; each box will feed a child for 6 months. The GRiZ street team is obviously about more than just promotion, as they work to spread assistance and hope and help to those who need it most. 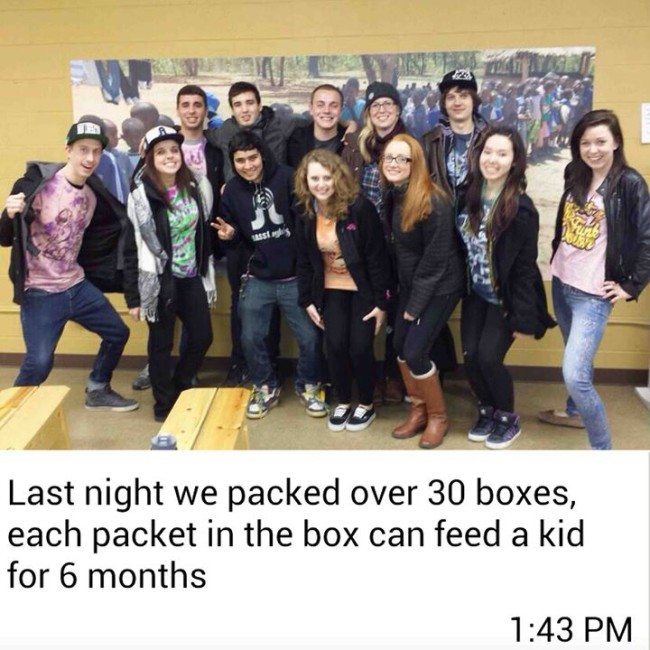 “We know how powerful it is when you have a large number of like minded individuals coming together as a group physically, and we want to take advantage of that in the best way possible. If everyone pitches in, we can really fill some hungry tummys!” Harrison Diskin of The Liberators told CYM.

We are stoked to catch GRiZ’s set at Buku Fest’s Float Den next Saturday. The producer’s raw talent and passion are reflected through each and every one of his live performances. GRiZ’s incorporation of a live instrument exponentially adds the electronic music experience, creating a journey through sound, bass and saxophone.