During my angst-filled, awkwardly teenage formative years, I went through what everyone else did at that age – a solid emotional roller coaster. Every complication was the end of the world, my parents were my biggest frustration and no one understood me better than Emery. These guys were the soundtrack to my life. Nothing screams nostalgia like treating my inner 15 year old to a live run down memory lane of one of my favorite albums to date. Trust me when I say, this show is a huge deal to me. I shit you not, I nearly died of anticipation during the weeks leading up to when the band would grace the Door’s stage. Having seen them live in previous years, I knew that the energy Emery brought to the stage was always a force to be reckoned with. Luckily, Rey and I had the opportunity to sit down with the guys before the madness ensued; a chance to experience the calm before the heavy metal shit storm that was set to take over the Door.

CYM: Emery has a pretty specific sound, which you guys have maintained throughout your releases – your songs are definitely signature. Even though there’s been a lot of switch ups with who plays what, how did you guys come to the current musical lineup?

Matt Carter: We’ve always switched things up. Back when we first started, Devin played the drums, and would do a lot of lead singing. He always wanted to sing more, and then when we moved to Seattle, we added another member, Joel. Not too long after that, we added Josh. At that point, we started to shift around a little bit. Sometimes I would even go play drums, and Devin would come out and sing.

CYM: The fact that you all play multiple instruments came in handy then.

Matt C: Oh yeah. That’s what made us confident in wanting to do different things with our sound. I would play keyboards and guitar at the same time back then, and we would even try things like using three guitars, but basically all we did was try anything we could to get the sound we wanted, and didn’t mind moving people around for that to happen. We didn’t see that as an obstacle because none of us were really probably that good at our instruments in the first place, since we were so used to different ones anyway. The big thing was, Devin kept wanting to come out and do vocals, because he was such a good singer. So when we added our drummer Seth, Devin finally got the opportunity to be the lead singer.

Matt C: Nah, that’s just what it was. So then at that point we had Devin and Toby who would both play guitar and sing, and that all happened before we got signed to Tooth & Nail. After that, the main switching was simply Devin and Toby playing guitar and lead singing, just going back and forth that way. We maintained that dynamic pretty much for the whole time of the band.

CYM: What I’ve noticed, is the most important to musicians is getting a message out through their music. It’s also the closest a fan can feel to their favorite band, by knowing what they think is important. What would you say is the most personal message you’ve put into a song?

Matt C: Our message is always honesty. We want to be able to say who we are, regardless of our genre or who our fans think we should be. I think people are able to accept that more. If they disagree with our beliefs, or what we’re trying to do, they at least know we’re being real. When you’re being honest, its always better, especially in music.

CYM: Do you think that always being honest is something that contributed to your success?

Matt C: For sure. It lets people know that you’re real… We’re not rock stars. We’re on some bus that’s not even that great, and we’re just real people. We never want to think we’re higher than anyone else. We would just rather be real people, and that’s the best way for everyone to relate to our music.

CYM: I think a lot of fans recognize that, especially through ‘We Do What We Want’. That whole album conveyed raw emotion, it felt like you didn’t give care, and you were just having fun with it. Like you said, playing around with sound.

Matt C: Exactly. Like with In Shallow Seas We Sail, we were able to do a lot of neat things, like adding horns, which we had never done before, and we actually added a lot of homemade instruments that Dave pretty much crafted himself. Auxiliary percussion type of stuff.

CYM: That’s one of my favorites from you guys, just because it shows how diverse you guys can be. The last time we saw you live was during the Scream It Like You Mean It tour, which was also the last tour for Devin. You played with We Came As Romans, Sky Eats Airplane and I Set My Friends On Fire. How the hell was that?

Matt C: It was fun. They’re all great bands, so it’s like touring with your friends around the country.

Devin S: Sky Eats Airplane were the most fun band to watch, on and off the stage. All we ever saw them do was practice constantly. We’d all be hanging out, shooting the shit or whatever, and they’d be doing drumming warmups for 2 hours before the show [laughs]. We don’t do that at all. But they take their playing and their music very seriously.

CYM: How do you think being a band has affected you guys as friends?

Matt C: Positively. We’ve been fortunate to sidestep a lot of band drama or harsh feelings, for the most part we’re all in it together. Whether someone leaves temporarily, or permanently, I don’t see us ever catching negative feelings about it.

CYM: That’s awesome. Often times you hear about groups disbanding, or members leave and don’t come back. It’s sad because we only have a handful of bands that actually keep going for longer than an album or two. Yet here you are 10 years later, Devin’s back, and there’s nothing but good vibes!

Devin S: It’s only because they pay me a lot.

After leaving the guys to join the crowd, the reality of the night set in. Squeezing our way through rows of fans, we felt the intensity of Emery’s impending performance. It was almost as though everyone in the crowd were holding their breath for when they would finally see their favorite band take the stage. Choosing ‘Walls’ as their opener was the perfect move. There’s nothing like a signature to transport you back to when you had first heard it, allowing you to feel 16 all over again. It only reaffirmed that ten years after their debut, they were still bringing the sound as heartfelt and raw as ever. Each song was received with wild screams and outright rejoice as the audience shouted each lyric aloud. The energy bouncing between the crowd and the band was insane. Josh Head, Emery’s keyboardist, jumped into the crowd more than once, making one girl’s night in particular who sprang into tears while rushing forward to hold him up. The show was a reminder of where we’d been, how far we had come, and ultimately, just how good it felt to replay those memories in our heads, accompanied with a live soundtrack.

Which is exactly what a reunion tour should be. 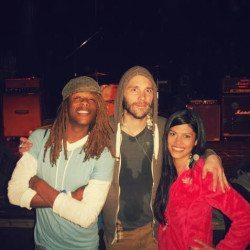 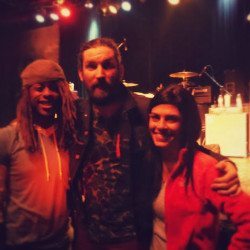 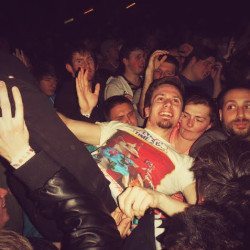 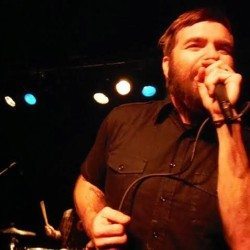 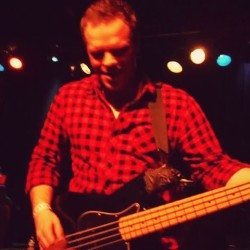