In 2013 alone, the US saw more than a dozen new dance music festivals spring up all over the country. The sudden popularity of EDM exploded with such vigor that it almost happened overnight. Playlists put forth by radio stations across the nation are dominated by electro-house tracks, making avid listeners out of otherwise oblivious markets. For those who were in the electronic dance scene before it became the mainstream, this is a frustrating and dismal time. Of course, new fans and old will come and go, as with any other market. Yet there is something afoot with the way America’s new golden baby of live music is behaving.

From a financial standpoint, the EDM market is a fine tuned machine. Electric Zoo is the premier example of this. Entering its 11th year on Randall’s Island in New York, it’s the most anticipated music festival of the Summer that NY has to offer. To celebrate this, the festival added an entirely new and visually electrifying performance stage to the mix, giving the attendees an experience unlike any other. But just before the last day of the weekend, 2 people lost their lives. 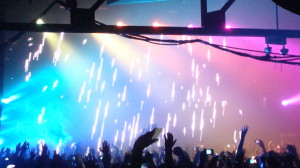 When something like this happens, everyone begins to throw the blame. Of course, “the music” is the first to the guillotine. Issues with medic tents proximity and fresh water availability? Nope, no complaints there. The festival venue was properly staffed with police officers and medical professionals, complete with ‘cool down’ lounges and the works… Then why did these two party goers die?

For me it’s simple: it’s a concern of responsibility, and knowing your limits. There’s a very fine line between partying responsibly and behaving recklessly. In my opinion, the most common mistake that people are making is what they think they’re taking. Drugs are constantly changing; it only takes one molecule to make one hell of a difference in the way your body reacts to it. Just because you have taken a substance before, does not make you a scientist. What most people don’t think about is how much damage their bodies are going through not just physically, but mentally. Keeping your health up during festival season especially is of utmost importance; yet we’re living in a new live music scene, where T-shirt booths have designs urging you to ‘RAGE BRO!’ and asking ‘HAVE YOU SEEN MOLLY?’ Throw 50,000+ people into an atmosphere like this, and you’ve got…well, a zoo on your hands. This issue of carelessness is running rampant, and we’re taught to view it as no big deal, that it comes with the ‘rave scene’ and we are to continue partying the weekend away at whichever event of our choice. 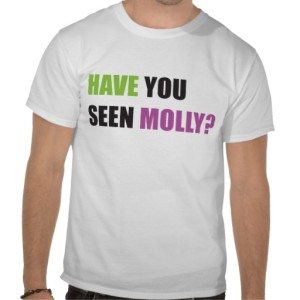 I don’t blame the music, the organizers of the festival, the city of New York or the casualties themselves. I blame the crowd as a whole for letting things like this represent the scene. If more people had respect for the music they loved so much, I don’t believe we’d have tragedies like this as often. Stand up and show that you are not a crazed drug user looking for the next thrill or party to attend. You are a music lover with something to protect. So take pride in what you cherish, and dismiss these over the top antics of exploitation that are belittling your scene. Every music genre will experience a mainstream takeover, but it’s up to its representatives – you, the fans – to prevent backlash such as this. I’ve been to countless events where there are people clearly past the point of being intoxicated, and I’ve also seen ‘friends’ of these partygoers brush it off as ‘No big deal’ or ‘She’s fine, she’s just rolling’, for their own selfish fears of drawing negative attention or getting “kicked out” of the show. Is this what EDM has come to? I’ve grown up living and breathing music events, enjoying the beauty in being united with several thousand strangers over something so simple, yet bigger than anything I’ve ever known. We have to ask ourselves, are we really okay with letting the music scene as we know it become a distorted mess of strange drugs and death?

This being an opinion piece, I put forth my condolences to the families and friends affected by the deaths of Olivia Rotondo and Jeffrey Russ. In no way, shape or form does this article represent the opinions of CYM as a whole.