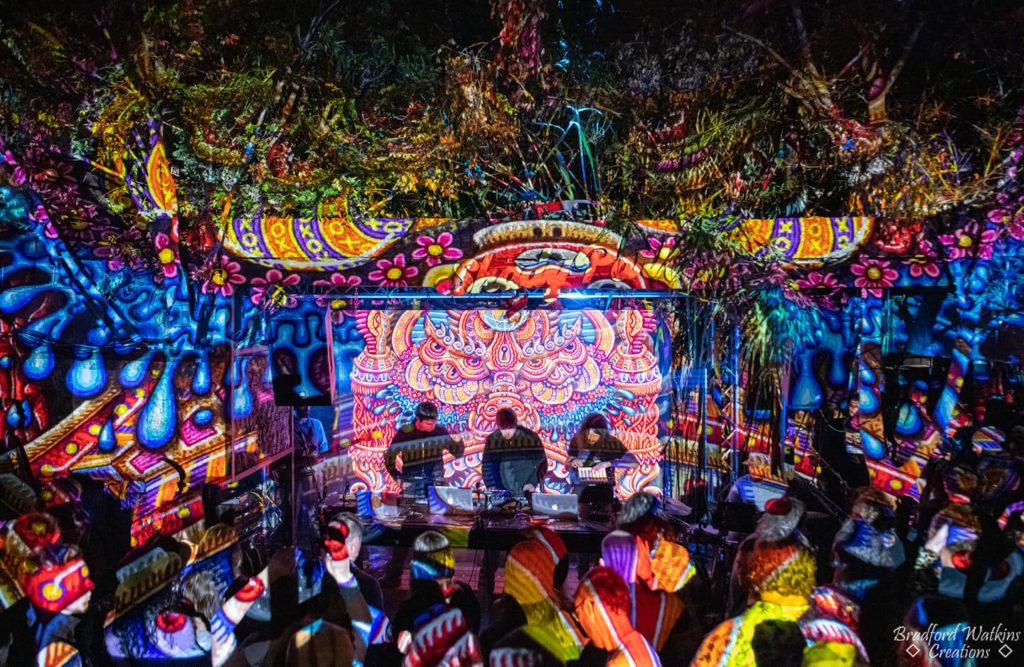 Papadosio brings their stripped-down Microdosio Tour to Chicago’s Lincoln Hall for two intimate nights this April. The Microdosio Tour is an opportunity for the experimental quintet to expand their musical boundaries even further. By compacting their gear and shifting focus to synths, samplers and drum machines opens a refreshing approach to the band’s new material and old favorites.

A similar sonic approach appeared on their 2016 studio release “Pattern Integrities.” The entire instrumental album was fueled by repetitious grooves and throbbing electronic patterns. However, it seems this new Micro approach will mold a slightly different form and sound. A method conceived just a couple months ago.

This abridged approach stems from the band’s run of shows late last year in America’s Southwest. The four-night stand was aptly named Desert Dosio. The shows included two nights at the tiny outdoor Tempe, AZ venue Shady Park. This was followed by two nights at the art-centric Meow Wolf venue in Sante Fe, NM. None of these sets have been released on the band’s Bandcamp streaming site due to the excitement surrounding the project and the amount of new material played during the Desert Dosio run.

This “tiny universe” the band has built will be going on the road this Spring. The Microdosio Tour will span twelve dates including multi-night runs in Charleston, NC, Washington D.C., Chicago, IL, and Grand Rapids, MI. Single night experiences slated for Brooklyn, NY, Harrisburg, PA, and Richmond, VA.

Come experience a “brand new show with a small stage plot but a huge sound.” Tickets are on sale now. Given the intimate nature of the venue selection, tickets will likely disappear quickly. Don’t miss an opportunity to see Papadosio take their progressive sound to the next level by utilizing the ‘less is more’ mentality while spreading positivity and social awareness. 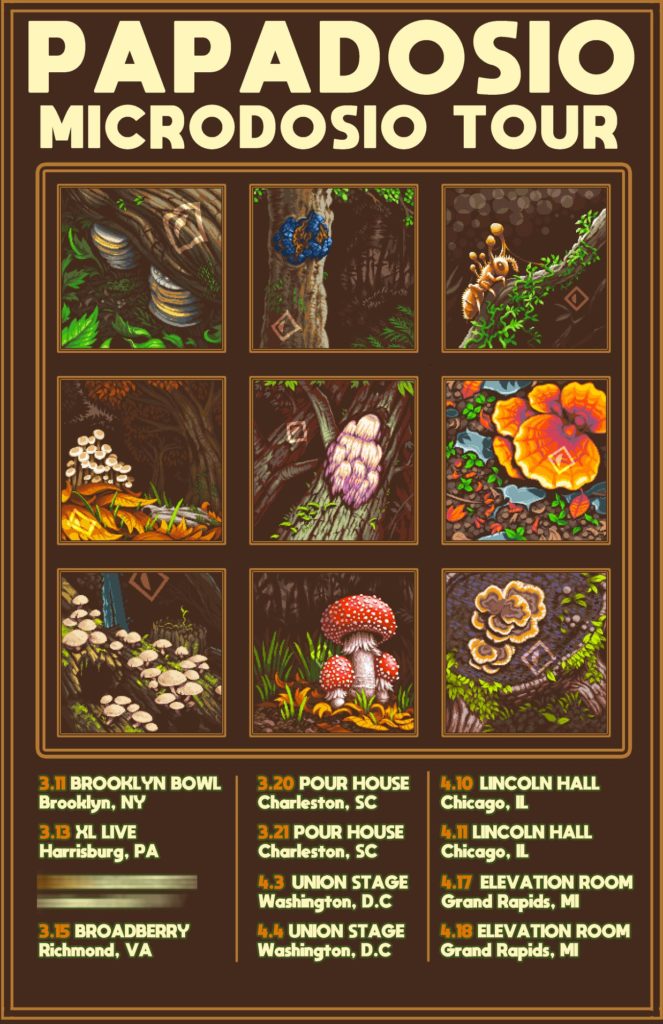