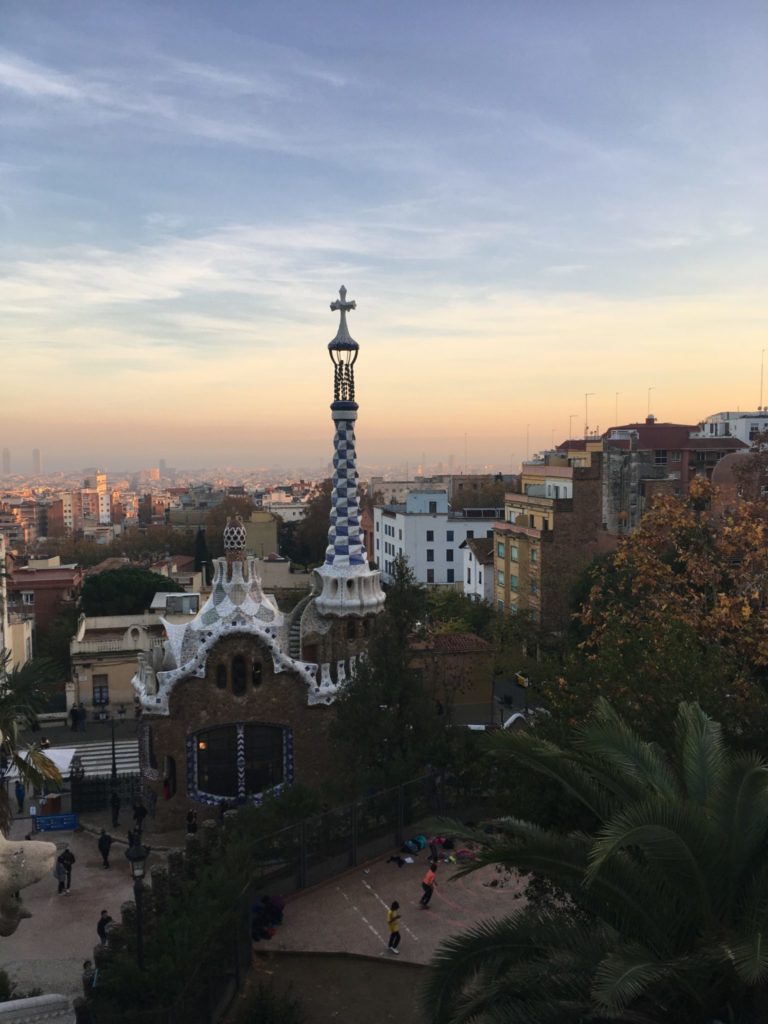 Flamenco might be the most renowned sound of Spain, but the region of Catalonia has its own distinct flavor. In particular, the captivating capital of Barcelona is a deliciously eclectic kaleidoscope of genres that represents its international culture as well as a willingness to adapt to the influx of immigrants and expats. From my time in the beautifully bohemian city, I discovered a collaborative and open nature that permeates into the souls of many people I met there.

What is the sound of this Barcelona? It is flamenco music coming from the high walls of a beautiful cathedral tucked ethereally away in the El Born district. It is the sweet melody played by a Nigerian street musician, or a band that sells CDs out of a hat. Barcelona is a myriad of sounds from all over the world, with an extra special magic that comes from the laid-back energy of the city.

A perfect example of this magic is the jazz cafe Marula, elusively located in the twists and turns of the alleyways of the Gothic Quarter. Both times I was there, the vibe was off the charts. So many people jamming on stage (including yours truly), boogying down on the dance floor with the biggest smiles on their faces, perfectly enjoying the moment without distraction. At Marula, I came across a unique culture that seemed to allow the present moment to wash over them in a wave of spontaneity and joy.

Catalonia’s capital is brimming with life. There is a vibrancy here that cannot be imitated: street bands singing their hearts out alongside Las Ramblas or down by the piers; groups of people spontaneously salsa dancing at Parque de Ciutadella. From the joyful energy of Latin musicians Los Made In Barcelona to the psychedelic expat duo Magic Is Happening that were jamming at the infamous Arc de Triomf, music is an integral part of Barcelona’s urban culture. 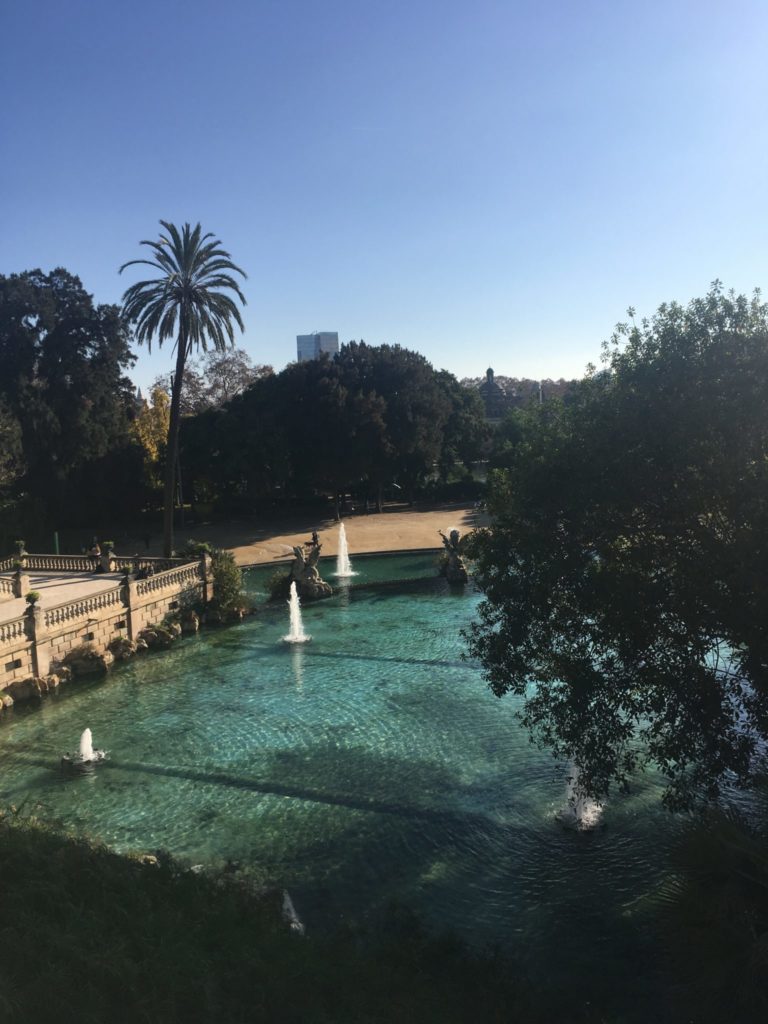 Maybe I just haven’t spent enough time in cities; it’s true, I am completely captivated by the noise, energy and chaos that drives a city. As I biked along the Barceloneta, relishing the gorgeous sunshine and the sound of waves crashing on the shore, my ears heard something new: the sound of a cajon: adding its unique, buttery rhythms into the air. I followed that sound, the other instruments in the band growing stronger as I approached a small plaza framed by vendor stalls and boats docked on the pier. It was a band that I had seen frequently around the city: Los Made In Barcelona. 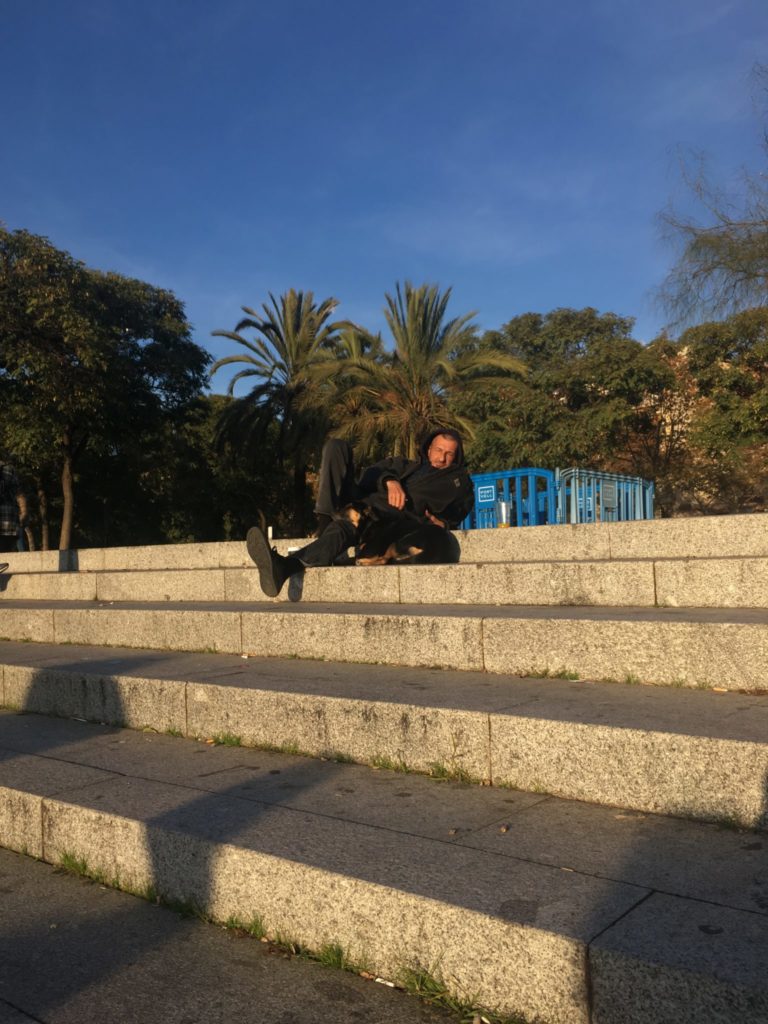 As their voice swayed in illustrious harmonies, the brass blew soaring notes and the rhythms of the cajon intoxicated my soul. The sun began to set as the band covered Buena Vista Social Club’s celebrated “Chan Chan”, and the last of the day’s twinkling rays cast a golden glow on everything. It was a spectacular end to the day. 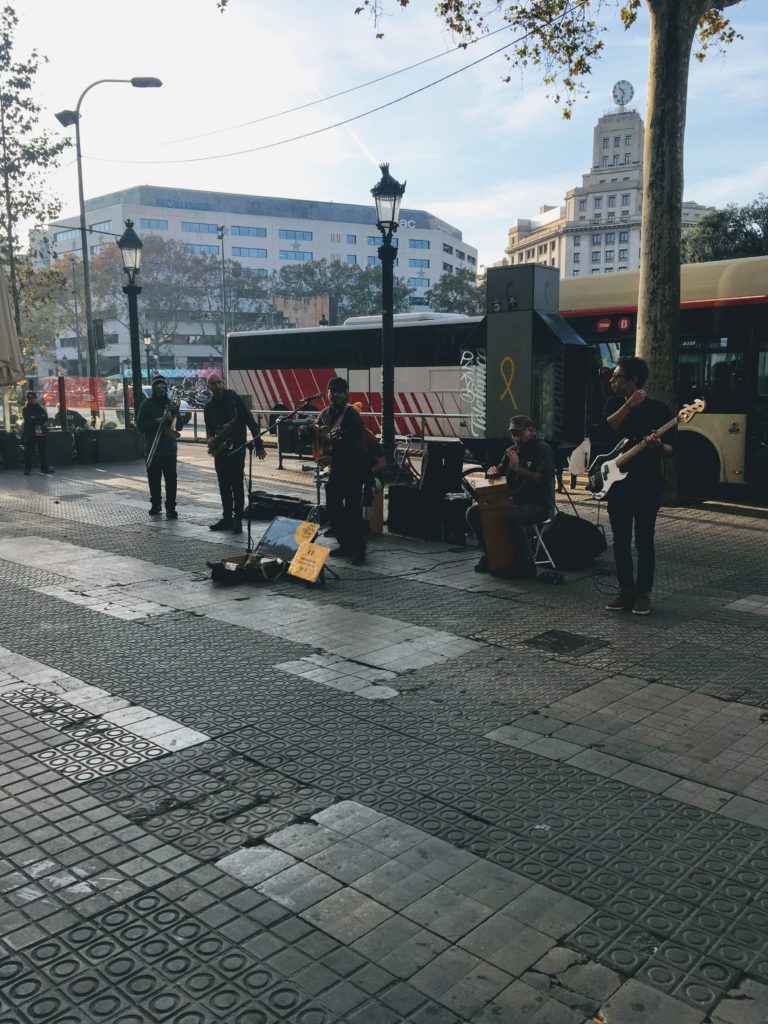 Like the dawn, sunset is a sacred time of the day. It is a time when everyone is awash with a rejuvenating energy before the night’s celebrations begin. It was my last day in Barcelona, and I knew I had to do something. My body exhausted, my heart full, I got off the couch at my hostel and walked to Arc De Triomf.

The sun had just set, and a gorgeous dusk hazily draped itself over the city. Dreamy psychedelia touched my ears as I stepped through the arch, admiring its beauty one last time. Intuition guided me to the music, as I somehow knew I would be part of its ever-changing creation. And indeed, that happened. As the bass/guitar duo Magic Is Happening jammed enthusiastically, I noticed that the singer was spending a lot of time away from the microphone. They noticed me digging on their sound. I knew I just had to go over there and be a part of it! They graciously welcomed me to the microphone and I sang with them for two hours. It was a fantastic feeling to be a part of the collaborative nature of Barcelona, and it solidified all my beliefs that this city is absolute magic. 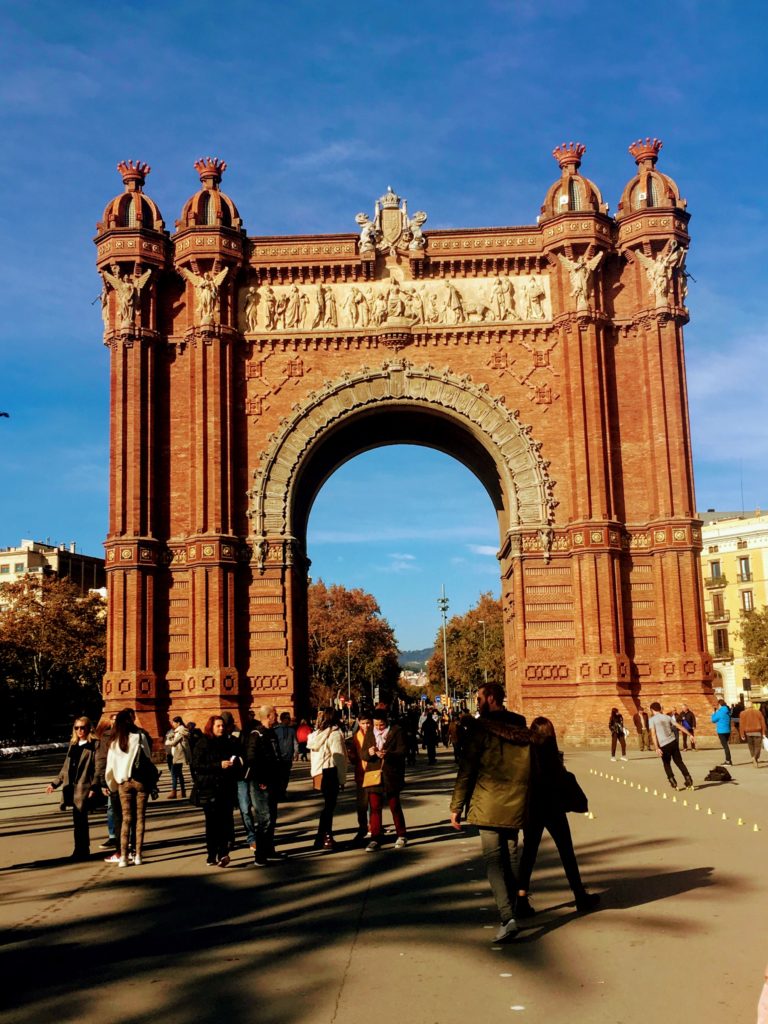