Last Saturday at Cervantes, Denver welcomed Queens’ legendary rapper/chef Action Bronson for a hype, but short-lived set of live music. Joined by his right-hand man Meyhem Lauren and the tenured Roc Marciano, New York was represented fully by some of the state’s most loved hip-hop artists. With plenty of jams next door at Cervantes’ Other Side, there was never a lull in the Saturday night of music.

Taking the stage right around 10pm, Action Bronson kicked off his set with selects from his most recent album White Bronco. Busting out the intro song, “Dr. Kimble”, the wacky vibes were heavy from the start of this action-packed set. Informing the audience to “grab their genitals” before going into “Telemundo” was about as Bronson as it gets. His collab with Meyhem, “Brutal”, was a slapper and set the Ballroom off minus the sound issues with Meyhem’s mic when he first stepped onto stage. Bringing the heat with “Prince Charming” and “Live From The Moon”, Bronson’s song selection from the new album was on point. 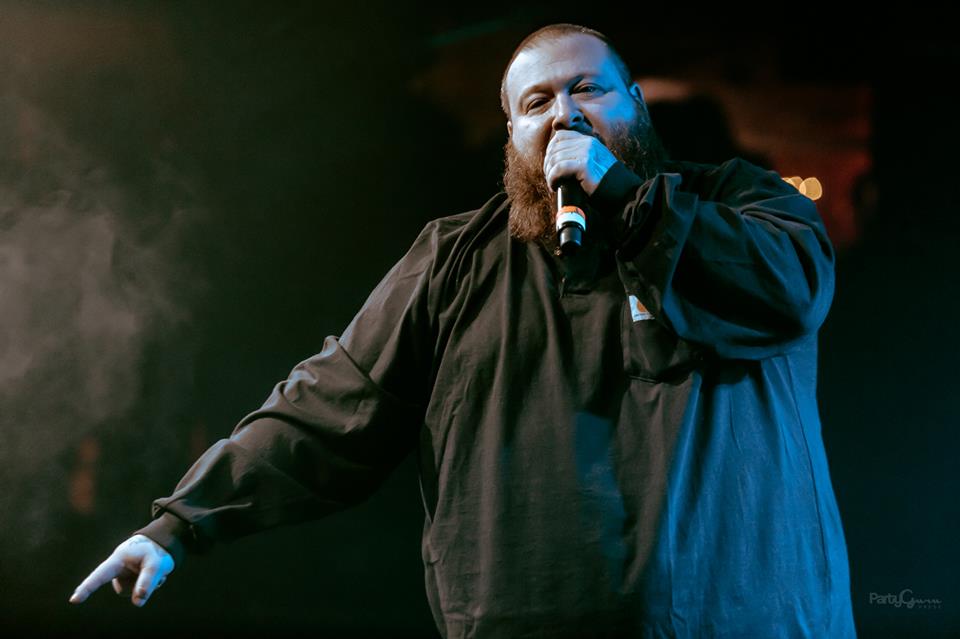 After playing through a hefty helping of the new project, Bronson made sure to dip into Mr. Wonderful for a handful of crowd favorites. The acapella intro to “Baby Blue” had the entire venue singing along; he also went into Biz Markie’s “Just a Friend” which fits together with “Baby Blue” melodically like peanut butter and jelly. “Actin Crazy” and “Easy Rider” are also Bronson classics from the album that nearly brought the roof down at Cervantes. Showing respect to the late Mac Miller, Bronson played their collab “Red Dot Music” while encouraging the crowd to rap along to Mac’s verse. I respect that Action also played selects from his 2013 project Blue Chips 2, which will always have a special place in my heart. While he managed to fit in a decent amount of songs, the set was under 45 minutes long and never resumed after his trip to the merch booth at around 10:45.

Luckily, the Other Side kept the party moving deep into the night with Philos Records’ Recess dropping a funky set of electronic jam music incorporating flavorful live keyboard and guitar shredding. Always bringing the high energy, The Party People hit the stage around midnight at full force. Sit-ins from Emancipator Ensemble’s drummer Colby Buckler and the saxophone slayer Leah Concialdi helped give the set a dynamic feel. All-in-all, those who braved the snowy night were fed a fat helping of fire music.

Click here to check out the full gallery of photos from the night supplied by Brandon Johnson Photography!