Last Friday (01/18) at Cervantes was nothing short of incredible. The stacked lineup and dialed in performances from each artist made this night one to remember. From Borahm Lee’s melodic high pitched arpeggiators, to Lucid Vision’s guitar shredding, to Homemade Spaceship’s heavy bass drops to end the night, all the pieces were in place to make this one a true Cervantes Friday night party. 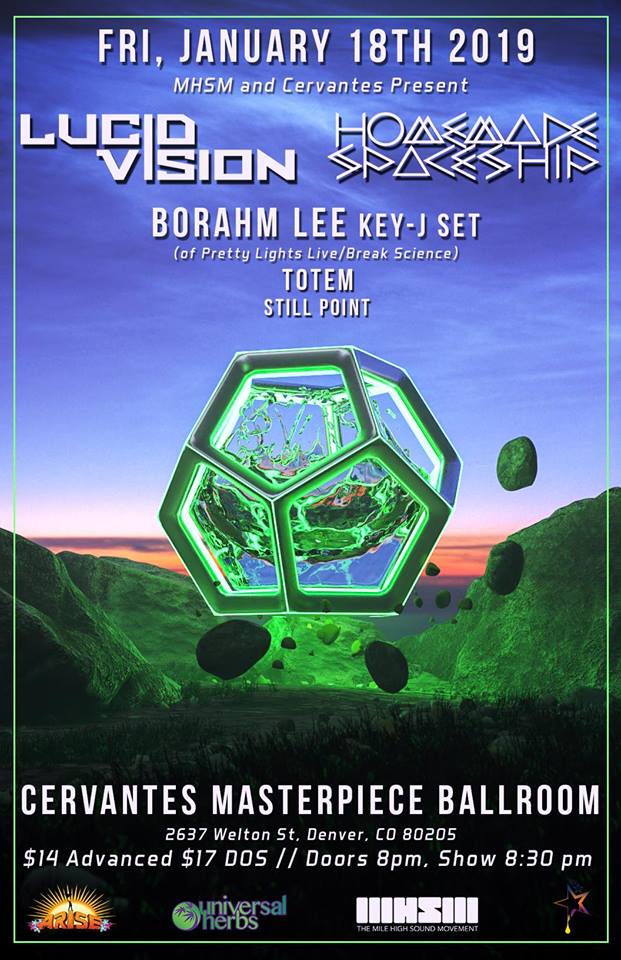 I arrived moments before Borahm Lee took the stage. The Pretty Lights/Break Science keyboard wizard worked his magic soloing over hard hitting bass beats throughout the set. Lee’s piano solos were top notch, but that is to be expected. The aspect that I was truly impressed by was his mixing and transitions. I’ve seen Lee crush solos many times with many groups of musicians, but watching him take control to that degree being the only member in his set gave me a deeper appreciation for his abilities as a Key-J. The unreleased Dreamers Delights collab that he dropped gave me chills, the way they combined a catchy, heartfelt melody with some heavy bass took my breath away. Another big moment was Lee’s rendition of Griz’s “It Get’s Better” which he absolutely ripped a nasty solo over. Hands down the best solo set I’ve seen from Lee; he definitely has been putting in the work and it shows! 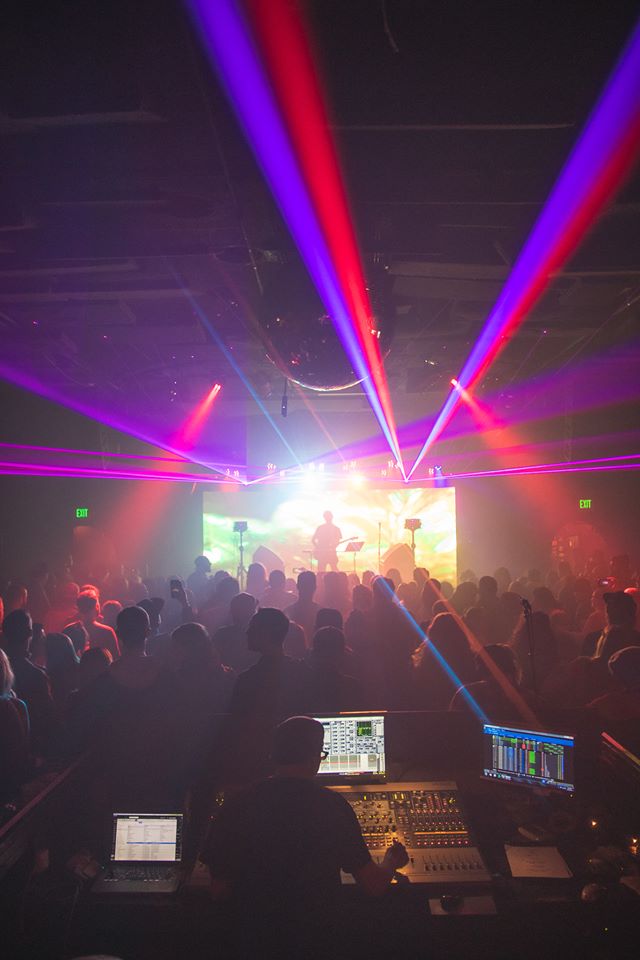 Next to take the stage is Denver’s own Lucid Vision. Playing selects from his new project Through the Aether EP Dalton Kieta brought some serious energy to Cervantes’ Masterpiece. Opening with his “This Is What You Came For” remix, Kieta had us in our feels from the get-go. Lucid Vision came correct with a healthy helping of dope scratch samples and plenty of heavy bass; there’s no doubt that Kieta knew what the crowd at Cervs was looking for. Shredding some guitar licks over The Funk Hunters’ remix of Big Gigantic’s “Got The Love” was the highlight of the set for me. It was my first time experiencing one of his sets, and I was pretty blown away by his ability to fit the guitar cuts into many already-busy songs. His unique selection of samples was refreshing – the birds chirping and nature-esque sounds allowed him to paint an interesting audial picture. Kieta’s hooper homie also added an extra dose of charisma to the set. All-in-all, Lucid Vision brings his own flavor to the bass music world, and is definitely worth checking out!

Finishing out the party with the late-night slot, Homemade Spaceship’s chaotic mix left the remaining Cervantes crowd in a neck brace. Using delayed drops and crunchy sample chops, Homemade Spaceship controlled the malleable energy in the air of Cervantes. I don’t know where to start the list of bangers that Rab dropped, but the remix of Defunk and Megan Hamilton’s “Can’t Buy Me” would be close to the top. Helping Soulja Boy achieve the comeback of 2019, Spaceship’s “Crank That” edit probably sent some people the ER. Another favorite of mine would have to be the remix of Solstis’ “Take Me” which mashes melodic vocals with some ridiculous deep bass. The heavy set was the perfect cap on an amazing night. We just want to thank everyone at Cervantes and Mile High Sound Movement for putting on an incredible show! Until next time!