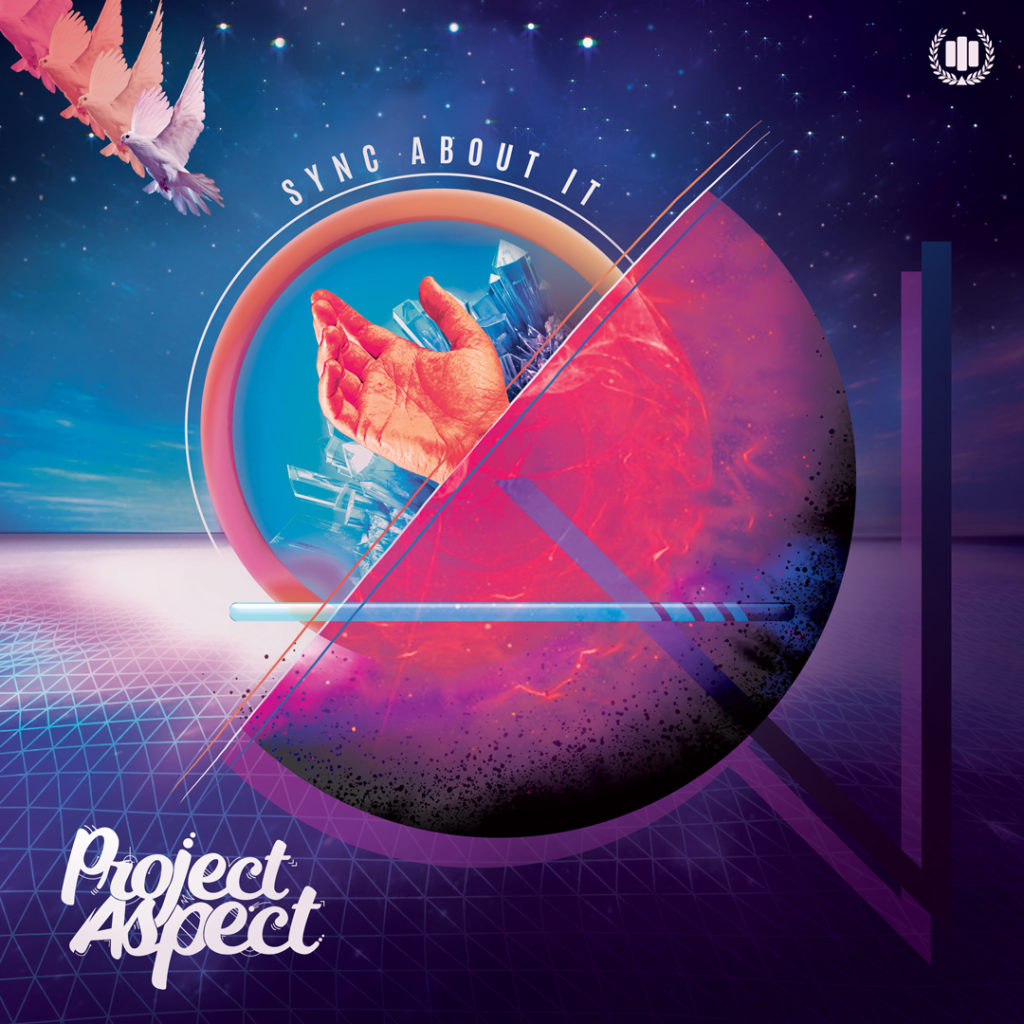 It’s been a good year for Project Aspect: while celebrating 10 years of creating original music, the Denver-based producer has officially released his 6th studio album, Sync About It on October 31st – an album that features his own vocals and guitar instrumentation for the first time. That’s a vulnerable and exciting leap. On top of that, Project Aspect was just featured on an episode of Pretty Lights’ radio show The Hot Shit.

Denver has a pretty incredible music scene – pioneering electronic music that is infused with talented instrumentation for a sound that is ridiculously fresh and funky. Artists from Denver have a seemingly effortless ability to infuse electronic music with a multitude of genres.

On Sync About It’s fifth track “Kartwheels and Kickflips”, PA calls in trumpeter Ryan Viser and saxophonist Clark Smith to provide some epic jazz grooves and a few fantastic solo bits to intertwine with sparkling, high-energy dubstep. On the final track “Fell Into A Dream”, PA collaborates with fellow MHSM co-founder Kruza Kid.

‘Sync About It’ is my 6th full length album and first ever concept album. It’s a journey about finding the light within the darkest times and finding synchronization with the universe even when the closest people seem disconnected. It’s about self growth through troublesome times and making the best of a bad situation. It’s about getting up and over personal conflicts and finding love within yourself when you can’t seem to find it from anyone else.” – Project Aspect


Throughout the album, there are subtle yet resonant nods to hip-hop, a layering of tantalizing trip-hop sweetness and a heavy dose of psychedelic drops, dips and swirls intermixed with that classic dubstep sound. Sync About It is all over the place, but it really works. You almost don’t realize that a song has ended, the flow from each track is as seamless as putting one foot in front of the other. This is the kind of album that makes you want to put your headphones and go on a long walk. Or dance your booty off, that’s cool too.

It is easy to hear that PA has been making music for 10 years…each track is polished and excellently produced. And while the production is smooth, there’s a dusty, vintage sound that rises up, most significantly on “Twirled Around Her Waist” and the dreamy interlude “Memories”.  PA also utilizes his vocals in a way that feels very personal, heard most on the track “Let Me In Your Love”. PA is finding his own voice, and in a whole new way.

Sync About It is now available on all major platforms.