While some are content with turning in early on a Sunday night to ready themselves for the work week ahead, I was en route to the Boulder Theater for some Jungle. The 7 piece modern soul band have been on everyone’s radar the past couple of years, and aside from passing festival performances, I had never seen the band in an actual venue. Arriving to the gorgeous Boulder Theater, we wasted no time hopping in line for our tickets and getting into the venue. After rounding up our crew and making it to the top balcony, I was able to catch the last bit of the opener, Neil Frances. Even though I didn’t get a full dose of their sound, the atmospheric pop melodies I did hear had me begging for more. Give the band a listen here and get hooked. 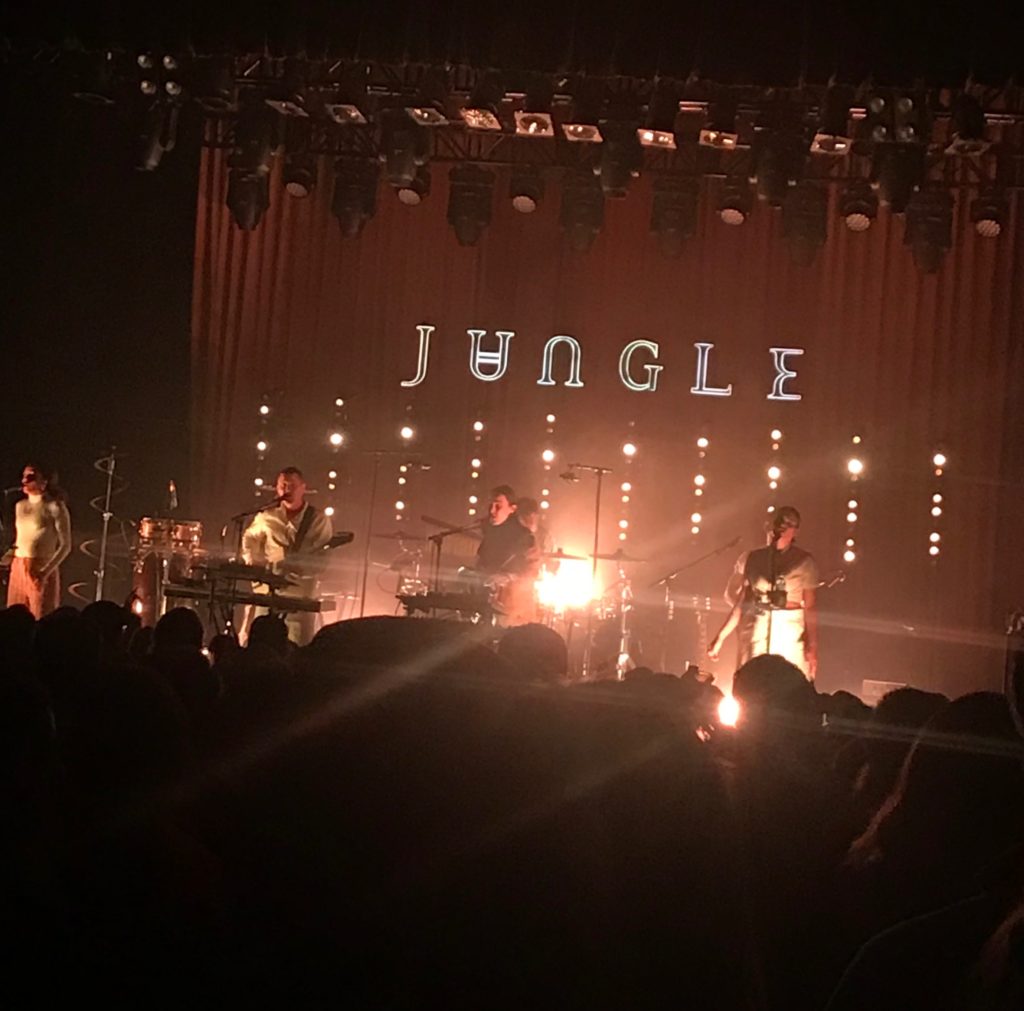 After Neil Frances ended their set, a glowing backdrop reading JUNGLE took their place. One smoke break later we returned to our seats with the band ready to go. Opening up with ‘Smile’, brilliant yellow beams from the stage washed the crowds’ faces as we began to applaud and whistle. The lighting display reflected the music – simple yet triumphant, and it stayed on point for the rest of the night. Cool blues would replace the sunny hues on more sensual songs, such as ‘Cherry’.

Jungle have earned their success by playing uptempo dance music yet delivering it in surprising ways; such as utilizing softer vocals to balance out a spicier rhythm. This is relevant on songs like ‘Heavy, California’. Watching the band in general is an experience within itself – they play off one anothers’ energies seamlessly, making them inspiring to watch. The band took turns riling on the crowd with shouts of encouragement, and though it were a Sunday night in a city full of college kids, everyone left their all on the dance floor. 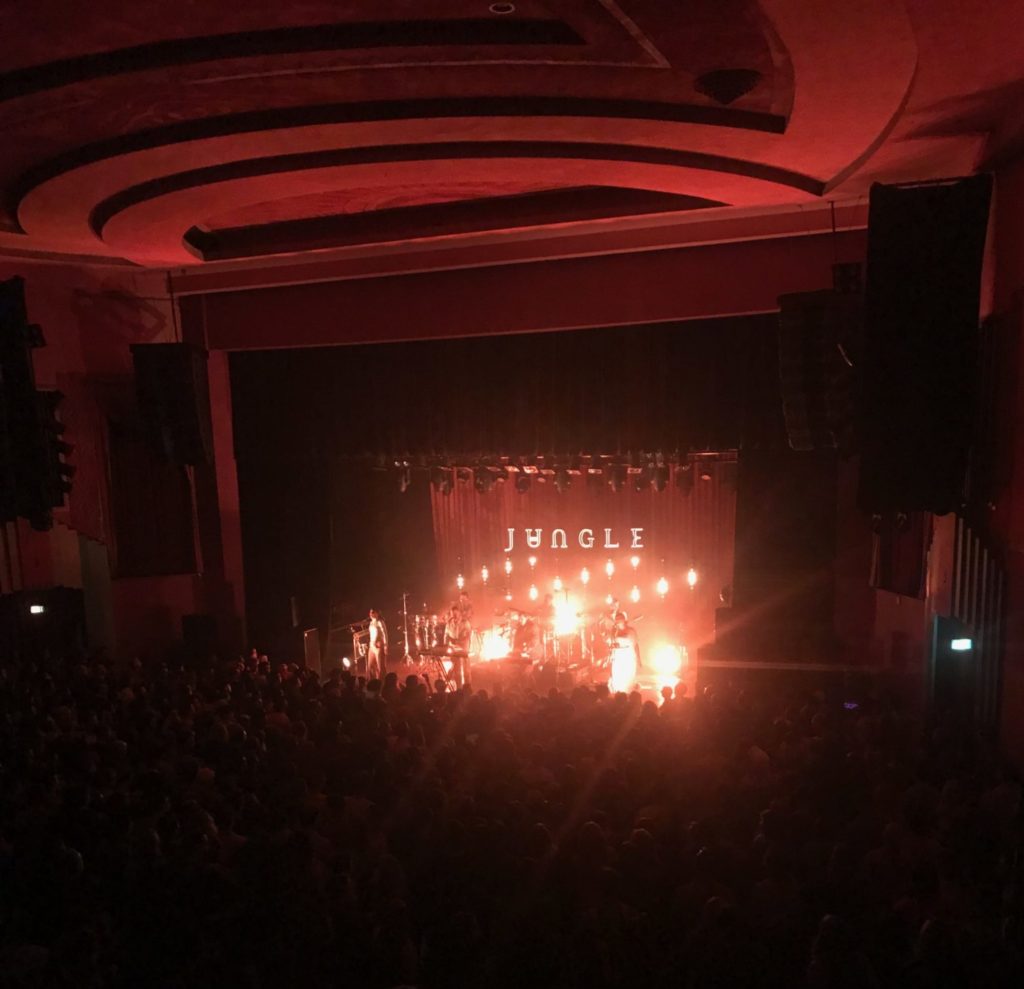 My final highlight from the evening was the performance of ‘Casio’, their newest song. After debuting the song in May of this year, I had been looking forward to seeing it live, and they didn’t disappoint. Jungle demonstrated their disco heavy influence without overwhelming their soul roots, executing the perfect end of the night party vibes. If you ever have an opportunity to see Jungle, it would be good for your soul to do so – in the meantime, stream their music through Spotify, Apple Music or their site here.