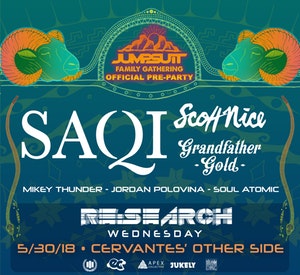 I wasn’t able to make Soul Atomic’s opening set, but did see him come out and play with Jordan Polivina and Mikey Thunder at the end of the night. When I arrived, Grandfather Gold was deep in an acoustic set; a refreshing change from the typically electronic heavy Wednesday nights. His goofy love songs kept the vibe loose and conjured an easy-going environment to warm up the night. Swaying to Gold’s downtempo melodies, the early birds were treated to a laid-back set to start the night 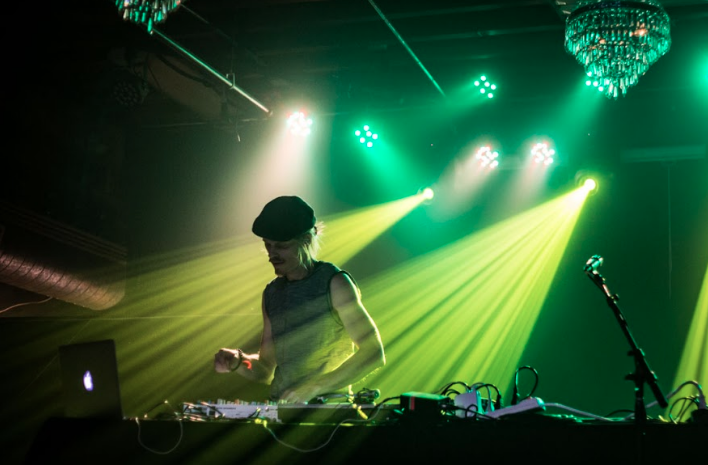 Next up was Scott Nice; the long-haired Jumpsuit Records DJ brought a jungle party with him to Cervantes’ Other Side. His selection of tracks often contained upbeat, funky chord progressions meshed with conga drum samples and a hint of bass underneath. Most of his tracks had elements of Caribbean/Latin American music while incorporating a bassy dance rhythms. While a majority of his music contained tropical party vibes, he still spun some synthier beats mixed with hip-hop samples as well. His energy set the stage for SaQi to take over next. 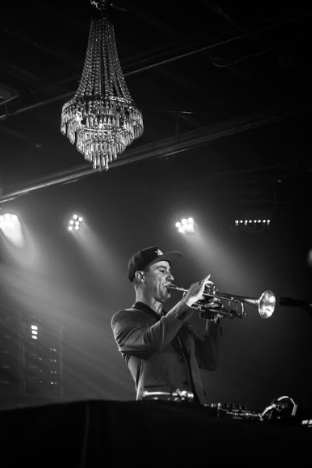 Headlining the evening, Luke Solman, known by his stage name of SaQi, came equipped with his trumpet and an eerie selection of funky beats. Still fresh off his late 2017 release, Temples in the Sky, SaQi’s harmonic use of the trumpet brought all the feels as he jammed over flute, sax, and other horn and woodwind samples during his set. On the track “Orishas” he brought out guest performer Sarah Mount, who laid down some dope sax solos over the beat. Bringing the energy from start to finish, SaQi’s flavorful style was a fun, organic experience for the crowd at Cervs. 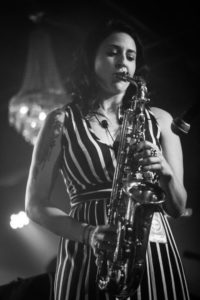 Finishing out the night, residents Jordan Polivina and Mikey Thunder brought out Soul Atomic and Sarah Mount for a free-for-all jam sesh to finish out the night. Coming out to Polovina’s recently released TLC Remix/Tribute, the hypeness only picked up from there as Mikey and Atomic scratched and mixed while Polovina carved the cello and Sarah serenaded the late-night crowd with her sassy saxitude. Another fine night in the books, we’ll see everyone next time for the Lettuce preparty with Adam Deitch, Ty Coomes, and SynthLordz!