Getting things started for the night, Mikey Thunder spun tracks over Jordan Polovina warming up his cello playing for his late night set. During the opening set, Mikey spun RZA’s “You Can’t Stop Me Now” which is an upbeat track with a groovy bass line and dope lyrics that Pretty Lights fans might recognize from being sampled in “Can’t Stop Me Now”. The kickoff to the night was a fun one, and it wasn’t the last we would see of Mikey and Jordan. 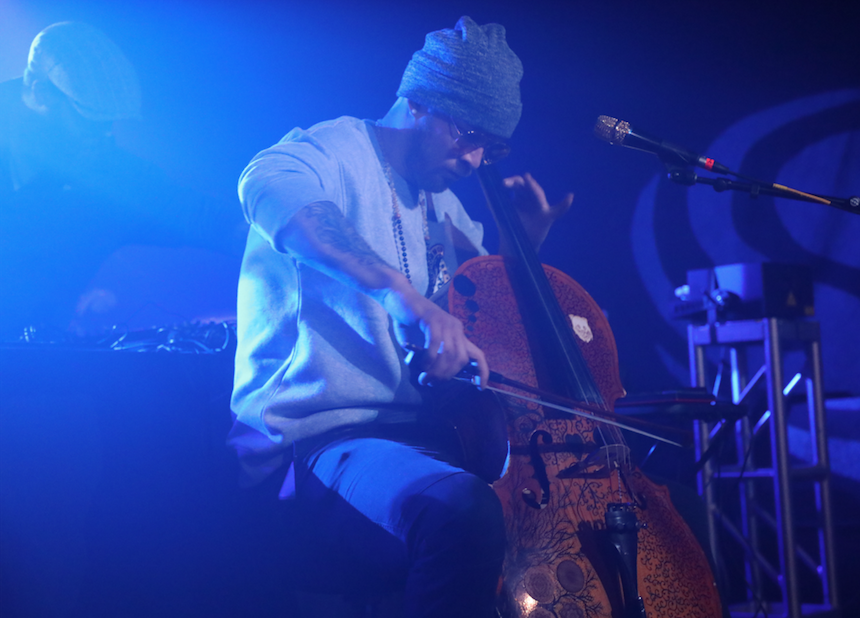 Next to take the stage was Chicago producer Edamame. The zenned out beat-maker has commented before that he chose the producer life over a path of heavy drinking in the energetic city of Chicago. Re:Searchers were thankful for that decision this past Wednesday; Ed’s downtempo sounds fed the souls of the concert goers and set a rare, mellow vibe at the typically chaotic Wednesday night shows. Keeping the crowd under his control, Ed’s cloud-like tracks kept the venue floating. 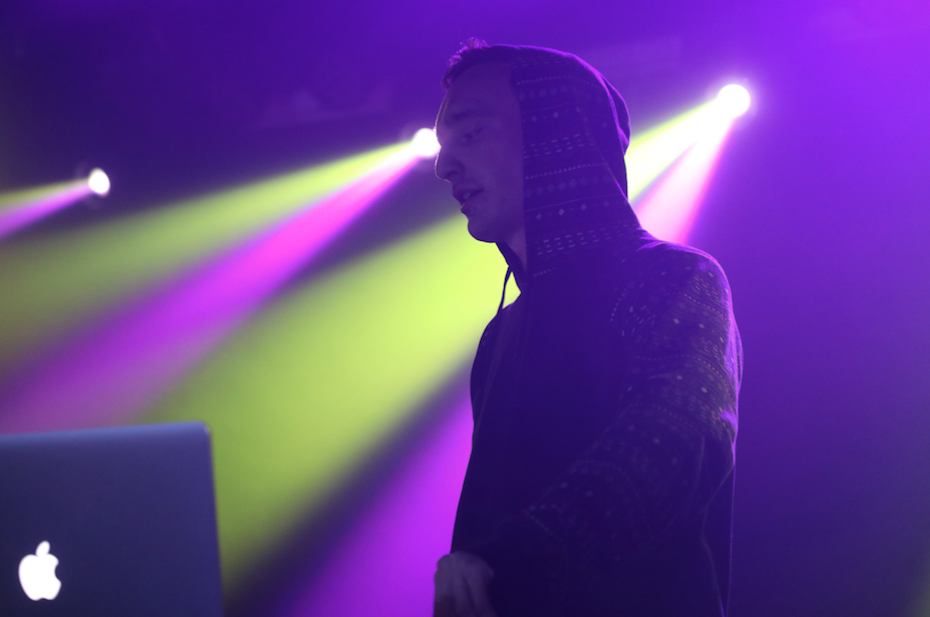 Headlining the night, Dreamers Delight, aka Reed Krafft, brought a flavorful, high-energy set to Cervantes’ Other Side. The Denver producer has certainly been social in his city; his collabs with Maddy O’Neal and Break Science are fan favorites and pack a punch when played at his live sets. Pushing listeners to experience a range of emotions, from uplifting to contemplative, Krafft’s spectrum of feels are contagious when he’s spinning on stage. Being thrown into the spotlight with his debut album release in 2015 under Gramatik’s Lowtemp Records, Krafft has handled himself well and is making his mark on the electronic music world.

Keeping the energy high, Marty Party was the next one up. The Miami producer’s housy, DnB flair kept the bodies on the dancefloor moving. While the DnB style gets repetitive to me quickly, his smooth transitions and weird samples kept the set interesting. The only thing that bothered me from the set was that he went over his time frame and cut into Jordan’s late night set that I wanted to catch before dipping out.

Finishing off the evening, Jordan Polovina was joined by Mikey Thunder and saxophonist Sarah Mount to close out The Other Side. The Jordan P live band was a fun one; the group dropped a few selects from Jordan’s discography. Switching back and forth from rapping and cello playing, Jordan bounced around the stage making his mark on the night. The support from Mikey is always fire and Sarah’s powerful sax playing was a savory addition to Jordan’s set.

All-in-all, another fun night at Cervs – big thanks to Euphonic Conceptions, Cervantes, Denver Kush Club, all the artists, and all the fans that came out! Excited to see everyone at the next one for Illesha, Random Rab, and Frost!