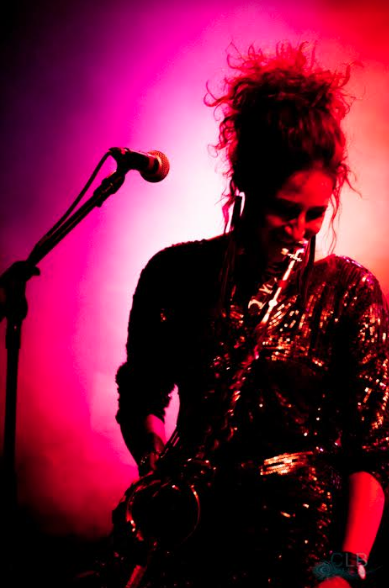 Originally from Littleton, CO, multifaceted artist Sarah Mount is our Woman Crush Wednesday for the week. From laying down bodacious sax lines to teaching art lessons to college students, Mount has found a path that allows her to live her life through her expressive creativity. Sarah’s father, R.D. Mount, was the frontman for the Black Canyon Gang who played the first Telluride Bluegrass Festival in the mid 70s. Proving that the apple doesn’t fall far from the tree, Sarah’s musical ventures have given her the opportunity to experience her own unique journey.

Compose Yourself was lucky enough to chat with Sarah about her art, music, and life here in Colorado. 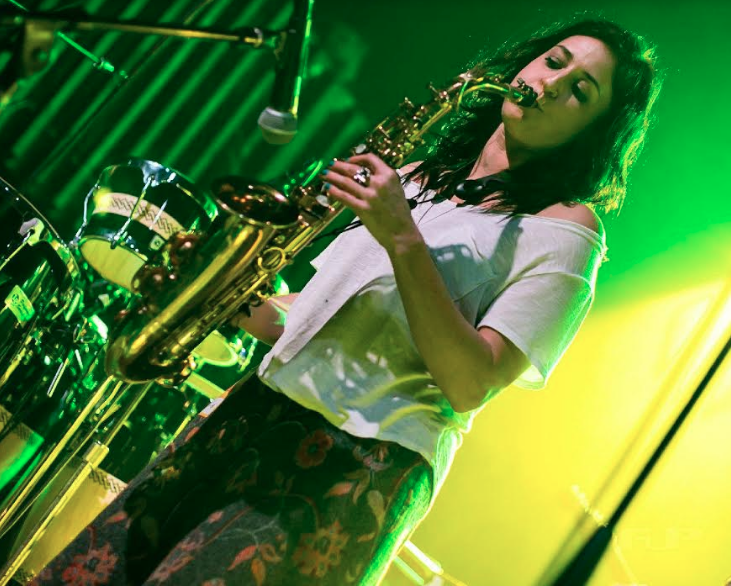 Compose Yourself: Hey Sarah, thanks for taking the time to speak with us. When did you move from Littleton to Denver?

Sarah: No problem! Well, I grew up in Littleton and went to high school there, but then I moved to Crested Butte and lived in the mountains for 10 years working on the mountain as a snowboard instructor and on the river in the summer as a raft guide. I earned my art degree at Western State while I was up there and moved to Denver in 2012.

When did you start teaching art?

Sarah: I believe I started in 2013 at Pinot’s Palette; I teach at a paint and sip bar and teach private art lessons. I also sell my own art. I call myself an artist at large. 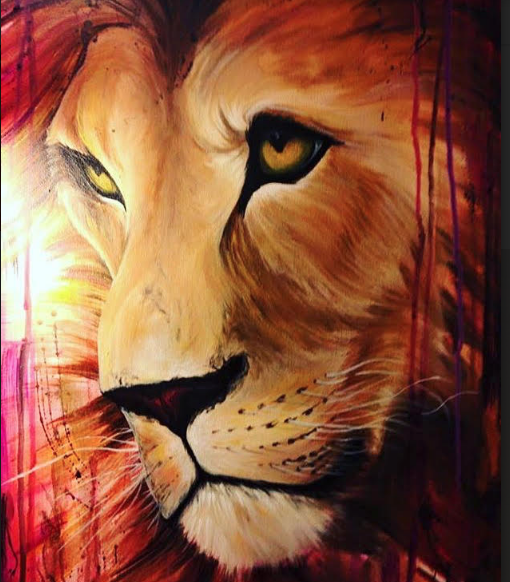 A piece by Sarah Mount

When did you start playing the sax?

Sarah: I started when I was nine. I played through elementary and middle..I was in the marching band in high school as well as jazz band, played through college just for fun, then I quit for about six years.

When did you decide to pick it back up?

Sarah: I was in a really bad accident right before moving back to Denver. I had a brain injury and needed a lot of support. The doctor actually told me that playing would be good for me. I had to reteach myself everything – I used to know some theory, but I didn’t retain any of that, and now I’m just a total ear player. It’s kinda crazy, I wouldn’t be a musician if I hadn’t gotten run over by a car. Crazy how that works out. I retaught myself slowly, and people started calling me for bands. I joined my first band, which I’m still a part of, called Madam Sin shortly afterwards.

That’s really crazy, so did you have to totally start from scratch after the accident?

Sarah: I retained like three notes – B, A, and G, and you know, how to blow into the instrument. Other than that, I had to reteach myself the fingerings and how to read the notes a little bit, but the sound was there and it came back pretty fast. I worked really hard at it for hours every day. I treated it like a job pretty much.

That’s pretty wild. So tell me a little about the bands you’re currently in.

Sarah: Sure! So right now, my love child number one is Sassfactory for sure. Those girls are my heart and soul and it’s still really new, like I’ve only been a part for the past two months but I love those girls and I believe in that project a lot. Their amazing and we have a great message. I recently joined up with Mark Cooley who does Shuj Roswell. That’s another project I believe in a lot, those guys are amazing and the music is great and we have a ton of fun. Highway 50 is another band I’m with, I’m a little more background with them but Al Laughlin from The Samples started it. It’s kinda a smooth reggae meets Dave Matthews band sound. It’s really great and I love those guys a lot. That one is really important to me. I’m in too many to remember everything.

Are there any other artists/bands that you’ve sat in with that you think are worth mentioning?

Sarah: Absolutely. Jordan Polovina, love playing with him, same thing with Mikey Thunder. There is another band that I want to mention – Phoenician Feathers. It’s like a middle eastern jazz fusion band. The sound is fresh and it’s really unique. That one’s really new, only 6 month olds. Madam Sin is another group I play with, it’s like a gypsy jazz, upbeat band. We still play together although we’ve had some personnel issues, but we have a show coming up at the end of the month. They were the first ones to pick me up when I moved back to Denver and have been the door that opened all these amazing opportunities.

What is the most fun show you’ve ever played?

Sarah: There was a sold out show at The Ogden, I think it was for the original Wailers, it was my birthday….April 22nd, I think 2016…it was incredible. We opened for the Wailers and IT WAS MY BIRTHDAY!! Definitely one of my favorite shows.

Who were some of your musical influences?

Sarah: I really love soul music and RnB so Erykah Badu is a huge one, also Jill Scott. I really love hip-hop too, so Atmosphere, Lauyrn Hill, and of course old school jazz players like Coltrane and Miles Davis and all those guys. And honestly like everything – even the trash truck driving by…you can hear music in everything..so that too.

What are some of the things that influence your drawing?

Sarah: I really love magic realism, a couple artists that are in it are Frida Kahlo and Salvador Dali – I just love their stuff, their fusion of fantasy and reality. It almost just seems attainable. I try to use some of that, but most of my painting is for commission – it’ll be someone asking me to paint their dog or something, so I don’t get to be as creative as I want with the visual art compared to the music. It’s still fun to be able to say I get to pay my bills by playing music and making art.

Anything else you want to add?

Sarah: Just want to say that I’m super grateful for all the opportunities that I’ve had so far and thankful for everyone that has given me the chance to play with them. This music scene is incredible and I’m very blessed to be a part of it.