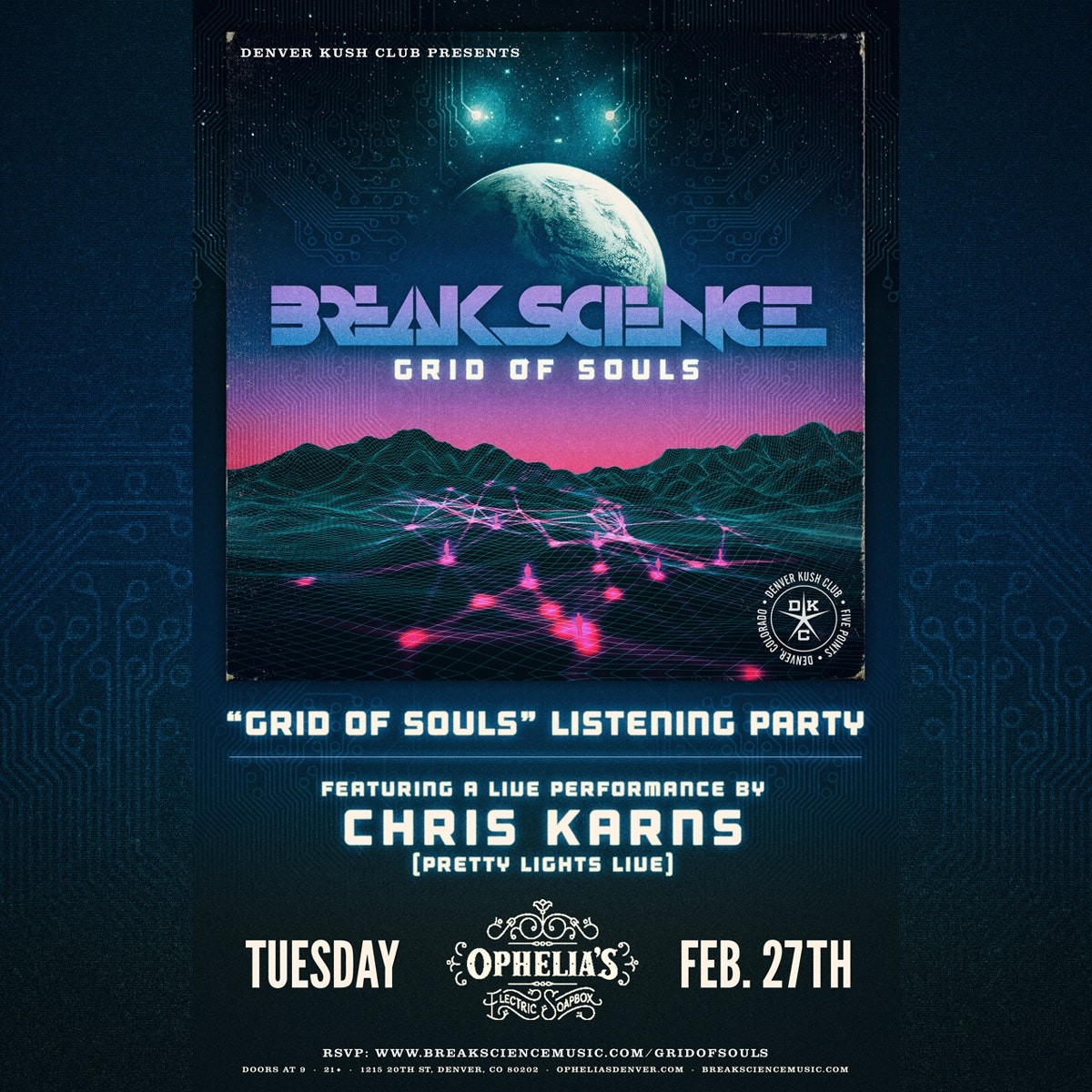 Last Tuesday saw friends and fans alike packing into Ophelia’s Electric Soapbox in support of the new Break Science album, Grid of Souls. Being the highly anticipated follow up to 2013’s Seven Bridges, the new tracks had only been in rotation the last few months, but the number of  plays continue to rise. With its swank interior, bawdy decor and intimate dance floor vibe, Ophelia’s was the perfect venue to host the listening party. Renowned DJ Chris Karns opened the night to bring the first flames to the decks. The vibrant lights shined bright displaying the plethora of radio sets ingrained in the setting of the stage. Karns’ set featured spins of everything from his personal singles to slices of Action Bronson tracks.

When asked what made this album different from past projects, Adam said, “It represents NOW. How we see the modern world and how we process that into sound.” Borahm added, “Since the last record the technology has evolved, our musical minds have evolved, our lives and musical styles/tastes as well. We met in the middle with our musical influences and styles to create a unique piece of art that will hopefully stand the test of time.”

The duo also said the album was recorded all over the country while touring and took around five years to complete. Borahm mentioned, “We were on tour a lot of the time with our bands and are already writing for the next album.”

The two also expressed their love for the fans and made sure to note their extreme gratitude for listening and supporting their music.

Coasting seamlessly between heavy trap, classic hip-hop and uptempo synths, Grid of Souls is a blue-chip release in the duo’s discography. The 10-track LP showcases the band’s sonic range; the project starts by fluently transitioning from the disco dancefloor killer “Cruise Control”  to elements of heavier, deep bass on “Reno”. Next, they hit listeners with a techno-funk fusion featuring organic instrumentation from the Lettuce boys on “Android Love”. 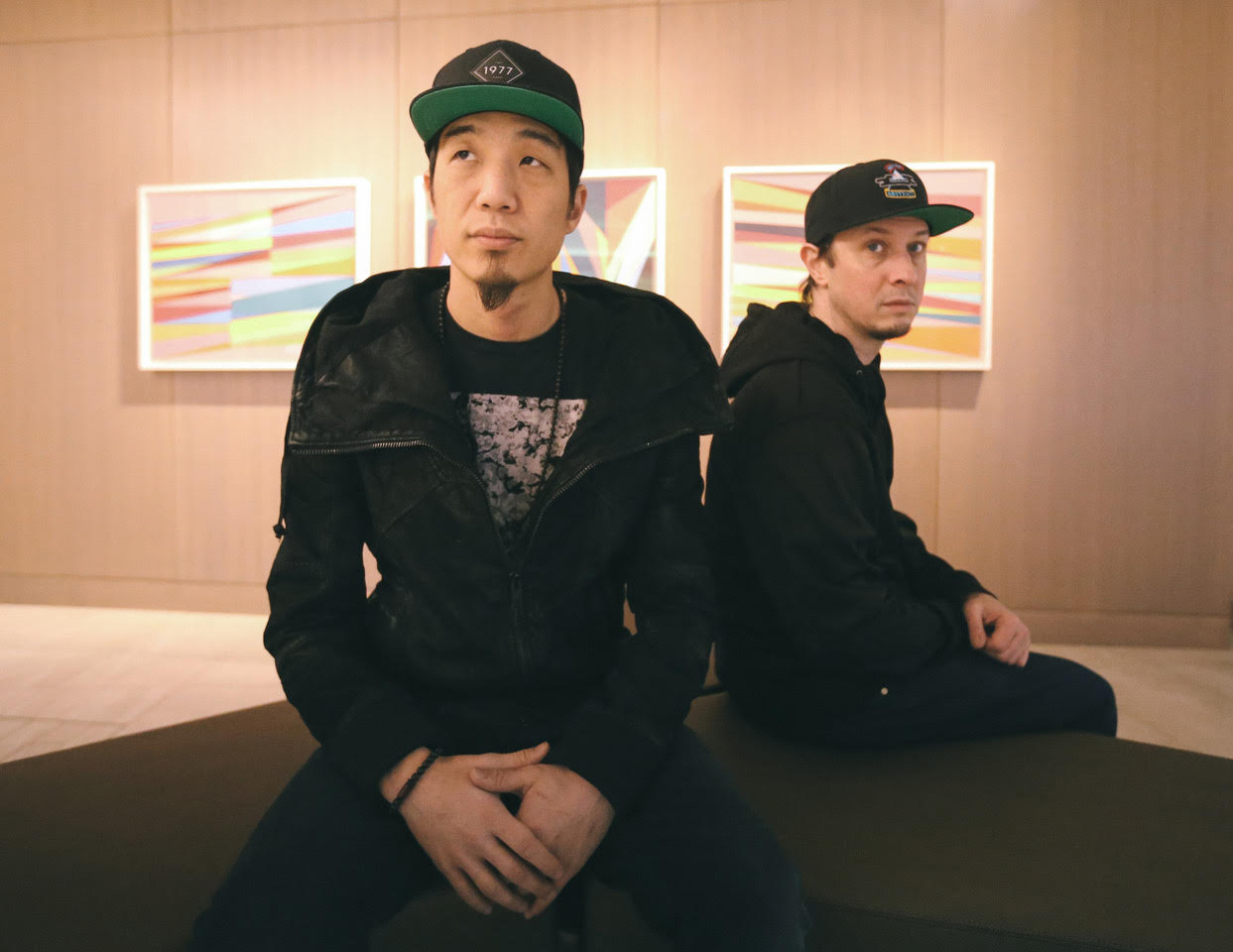 “Crazy Lately” brings the duo back to their roots by effortlessly meshing feature artist ProbCause’s smooth verse, Deitch’s hard hitting boom-bap bass drum and snares, and Borahm’s synth-y piano bridges. The track is followed up by “Guiding Light”, a flavorful energy-packed treat using contorted high pitch vocals to shuttle listeners through the galaxy of their minds. Incorporating Brasstacks’ heavy hitting horns, “Anthemy Mason” can conjure movement in any situation when spun. Last but certainly not least, “Force of Nature” became a stand out favorite. Atmospheric vocals provided by Paperwhite create an ethereal state of bliss, and the thundering percussion is the perfect anchor to balance the track. The musical dexterity these individuals showcase is truly impressive – there is no limit to Break Science’s success, and we can only see them soaring higher. 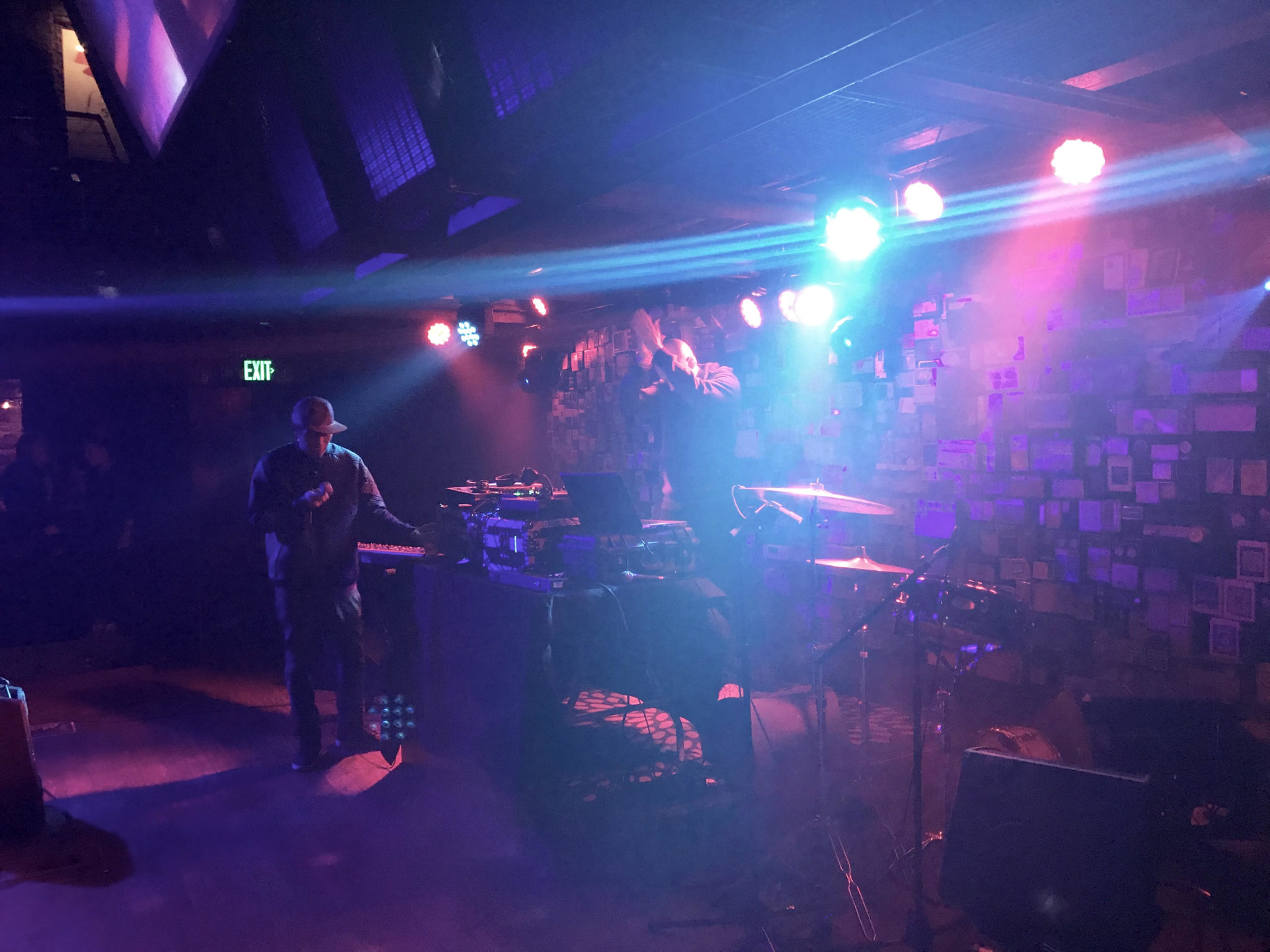 Both Borahm and Adam kept side stage all night, their wide smiles gleaming with the pleasure of joining their fans in experiencing the long awaited occasion. The reception was as warm as the fire tracks the two premiered over the speakers that evening. The love didn’t end after the album finished; the duo hopped on their respective instruments and Karns joined the sesh to provide cuts for the two to jam over. Towards the end of the night, we were also treated to a super tight set from Valerie Molano, who had quite a few rap bangers rolled out for us to groove to.

It’s safe to say that most shows in Denver are a family affair, and when it comes to the Break Science team this is true as well. Among the hometown support for the night we hung with Maddy O’Neal, jackLNDN and even GRiZ popped up to listen in. Grid of Souls officially drops March 9th and will be available on all streaming platforms.