“Is that them?” questioned one audience member. “What do you mean is that them? LOOK at those pants,” responded another as he gestured at the three figures marching up the stage to cheers and applause. Indeed, their outfits pay homage to the Southwest culture with their matching black cowboy hats, western button ups, and tight embroidered trousers. Bassist Mark Revely took the look further and donned a poncho that draped over his arms and down his knees. They stood in a neat row on stage with everyone at the forefront, giving the impression of each members equal importance in Dirtwire. The Nectar Lounge welcomed them to a jam-packed house that saw the outdoor patio filled and the glass garage door lifted to expose the stage to a brisk Seattle night. 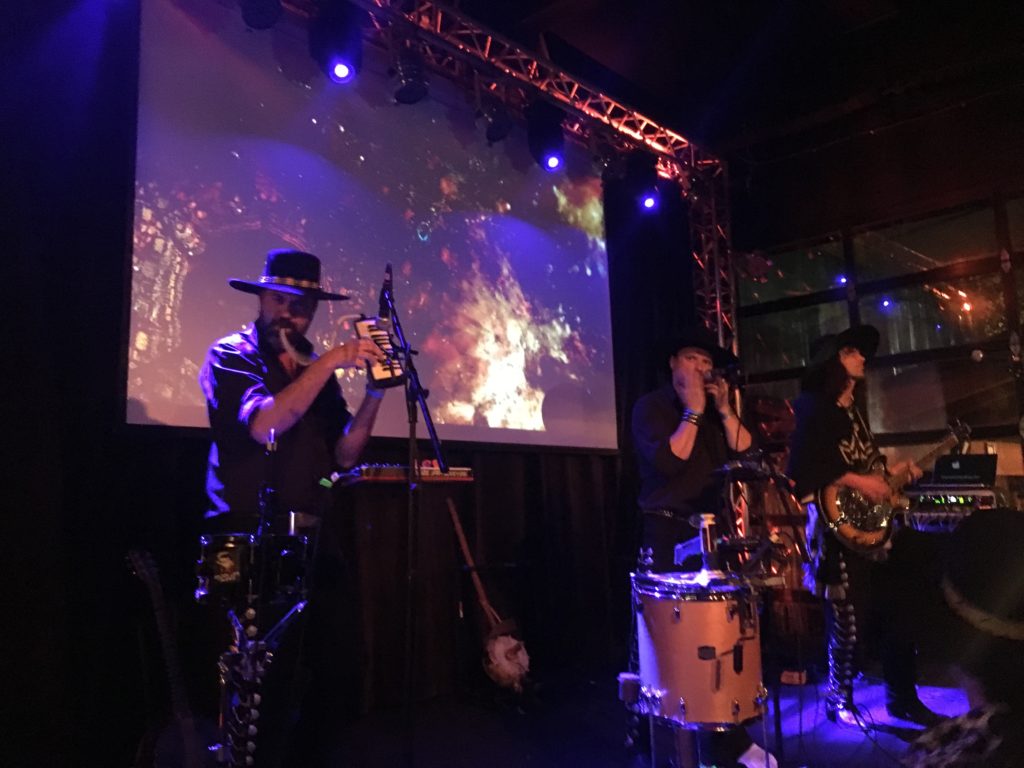 The soundscape created from the use of worldly and traditional instruments evoked imagery of desert sunsets and sprawling canyons, immersing the audience into what could have been a scene from a Sergio Leone spaghetti western. If the sound didn’t evoke those images, the visual production surely did as desert landscapes lit up the stage taking the audience on a journey across the canyons and occasionally transitioned into more kaleidoscopic and cosmic visuals to reflect the worldly side of their sound. The visuals kept pace with the energy and on a more down tempo track, stars moved across the skies above a gorge in a time lapsed scene.

In some songs, the trio whistled in unison, while in others they drummed together, and at one point they engaged in a synchronized dance, much to the delight of the audience. Dirtwire covered all the classics of their oeuvre from “Damn Rooster” with its unique use of an African n’goni to deliver the bass to “Sailing the Solar Flare” which utilized the violin and slide banjo to create a mellow atmosphere. New tracks such as “Shish Kabob” and “the Whip” took the audience down what Dirtwire termed “a psychedelic hoedown” and showcased the raw organic sounds created from the fusion of instruments. Each occasional riff was punctuated by the loud snap of Evan Fraser’s whip. 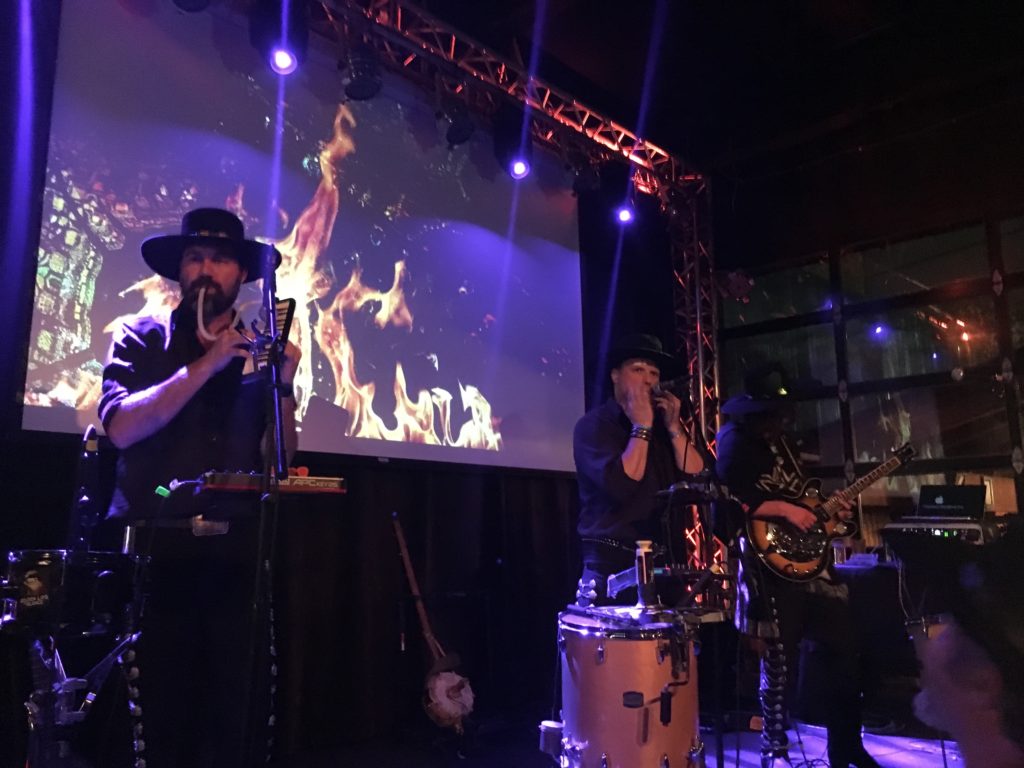 The night took a political turn as “And all the people go HELL NO, and to Donald Trump we go HELL NO” echoed across the Fremont neighborhood as David Satori of Beats Antique made a political statement and led Dirtwire along with the audience into a chant during one song. The music then paused at the songs conclusion and David Satori took a moment on the mic to give a short speech and make a call for unity. Evan Fraser shined on the harmonica and vocals during Dirtwire’s cover of Led Zeppelin’s “When the Levee Breaks.” David Satori on the guitar and Mark Revely on bass delivered the heavy rock beat as Evan Fraser’s deep raspy voice gave his own bluesy take, while mirroring Robert Plant’s vocals. The Blaze Tour wraps up its stop in Seattle to a long ovation from an energetic performance that leaves the audience still toe tapping at the bar, long after Dirtwire has left the building.