If you don’t already know who Smokestax is, he’ll be on your radar soon enough. He released his new album called “Slime EP” on Halloween. Ethan Uellendahl (Smokestax) is an alien bass producer out of Long Beach, Long Island. I got the chance to ask him a few questions and was able to learn about his past and future endeavors in to the world of bass music and alien sounds. Ethan started learning piano from a young age and played drums for most of his life in various punk, jazz and marching bands. His knowledge of drums is clear in his songs, as the kicks are tight and the hi-hats are always on point. He was first introduced to dubstep music through artists Skream, Benga and Datsik, and eventually started to produce his own music. Ethan currently attends SUNY Oneonta, majoring in the Music Industry with a minor in Audio Engineering. 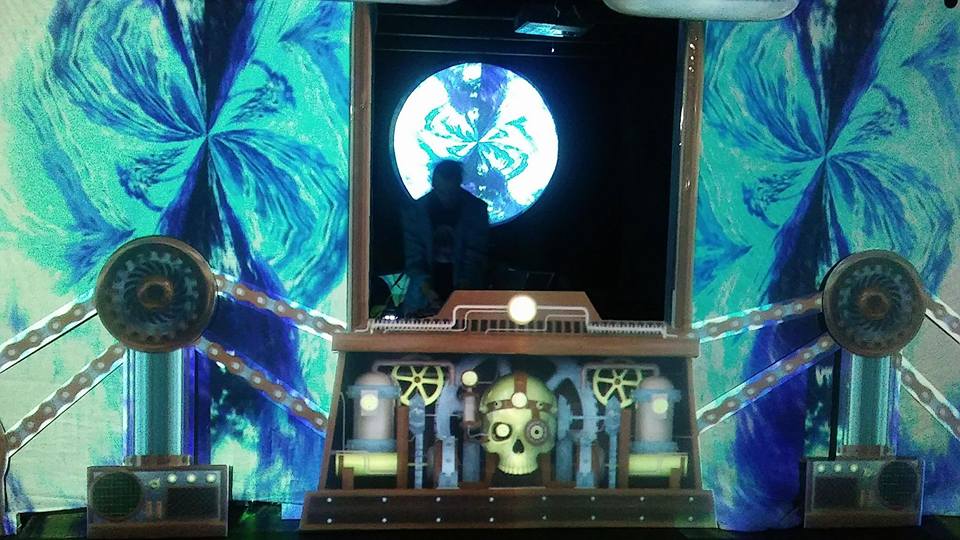 CYM: What city were you born and raised in?

CYM: Where did you first mess w music? (school, at home, drumming w friends, what age) What type of music was it?

Smokestax: I’ve been making music my whole life really. I started out playing piano when I was about 5. I took piano lessons up until I was about 11 or 12. Then I started playing drums in school. At that point drumming took over my life for the next few years. Throughout middle school and high school I played in a bunch of punk bands with my homies. Up until that point I’d only listened to punk, metal and some old school hip hop really. Once I went to college I met a bunch of people into dubstep and bass music. They showed me artists like Skream, Benga, old Datsik and shit .I found it super interesting how these producers layered these crazy weird sounds over hip hop beats. I’d never heard anything like it. I thought it was really interesting so I started messing around making beats in garage band. At first I was really just making hip hop instrumentals for friends to rap on. Eventually my love for electronic music and production greatly grew and expanded. I switched to ableton and started taking production a lot more serious. Once I found the sound I am trying to push, which today I call “alien bounce”, I started putting basically all of time into production and live sets.

CYM: Did you ever take classes in college or high school about or related to music or music theory? Were you ever in a band?What type of music was it?

Smokestax: I’m currently in school majoring in music industry with a minor in audio engineering at Oneonta. It’s honestly been super helpful I have some really cool professors who know a lot about the industry and make some super dope music. Also, the campus has some nice studios available to use which lately I’ve been taking advantage of.  Before that in middle school and highschool I was in jazz and marching band. Drumming for most of my life really shaped my approach to production. If you listen I put a lot of work and focus on my drums. Drums are the foundation of all my music.

CYM: What made you want to start producing music? When you make music what goes through your mind? What are you trying to do to the audience/listener?

Smokestax: When I’m making music my main focus is connecting people through sound. I’ve personally met some of my best friends and people I consider family through production and music as a whole. I focus on keeping a certain energy and flow in my music to make listeners feel good and want to move around. Furthermore, I often sample philosophers, poets, or really anything that inspires me. For example the first track on this EP “We are One” samples Neil Degrasse Tyson discussing our connection to the stars. I am very interested with how every living thing on this planet is linked together through our solar system. It is truly amazing we are all connected through what brought us here.  With my live sets I like to be able to take the audience on a journey that is increasing in energy throughout the performance. I have also down this on the Slime EP. “We are One” is a glitch hop inspired tune i put a lot of work into. As I stated earlier the message in this song means a lot to me. Next, “Take Cover” is a slime bass track in which I got the idea and inspiration to create this new EP. “Not the One” is a weird grime tune. I’ve always been super inspired by grime rappers energy and sound. Finally, the EP wraps up with “Yeah They Like Dat” a bass inspired trap tune. This tune is high in energy and was inspired by this new wave of producers blending together deep dub, bass , trap and so many other elements together. I’m super happy to have a ton of homies finishing up some amazing remixes as well. Expect to hear remixes from Beardthug, Deerskin,  Dropkick, and Jizzy Fra to name a few.

CYM: What are your upcoming tours, with whom, when and where? When will you be in CO next?

Smokestax: I have some exciting shows coming up soon. I’m going to be playing Nightmare festival with a bunch of homies. My friend and super dope producer Choppy Oppy has curated an amazing showcase of north east bass music. Also, very soon we will be releasing the dates for the Smokey the Beard Tour featuring myself and Bearthug put on by ThazDope Records. This tour will be in November/December. We are announcing the official dates very soon so keep an eye out. Finally, ThazDope Records has also announced Sacred Wellness. This event takes place February 8-11 in Peroria, IL. Featuring the Trifinity (Yheti, Toadface, and Mt. Analgoue), ThazDope Records showcase, Toortous Showcase, many workshops and much more.