Show your support for artistic expression and social justice by making a tax deductible donation today.  Together we can be the solution for social change

Beyond shattering the ordinary confines of society standards and discriminatory governments, art has always been a medium used to express the self in the loudest presentation possible. Art can neither be controlled or silenced, and this is why it’s a medium that resonates so deeply with so many people. Naturally, art and protest are one in the same, as they both draw communities from all backgrounds to inspect and immerse themselves in one another’s cultures, lifestyles and personal obstacles. Whether it’s bringing dozens of community members together to create a 60 foot long banner to stand against violence, or a massive protest featuring hundreds of signs and thousands of voices to unite behind a cause, freedom of expression is the groups’ most political and powerful weapon against discrimination and state violence.

Through the initiation of bystander intervention workshops as well as hosting several multimedia platforms using collaborations and an interactive component to art, Don’t Shoot Portland have created a direct platform for community members to involve and  inform themselves on social issues. 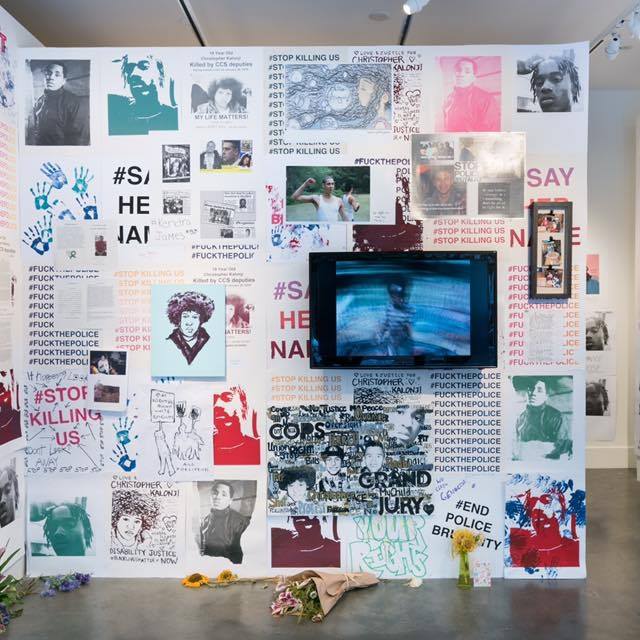 Filmmaker Adele Pham assisted Teressa Raiford in her Stolen Angels exhibit, where her documentary State of Oregon was featured in collaboration with the project. “Really, it was all Teressa. I just thought it was a great idea to screen the film on loop… she’s phenomenal.” She also goes on to say, in relevance to the power of art, that “Film is our greatest teaching tool, and fostering empathy and multiculturalism in early childhood is the only way to eradicate the scourge of white supremacy, globally.”

Local partnerships with Marylhurst University, PNCA (Pacific Northwest College of Art) and Williamson Knight Gallery have given DSP’s artistic visions and exhibits a home in their institutions. Portland Art Museum hosted the organization’s Stolen Angels exhibit this past Spring and received an overwhelming response of positivity and emotion from viewers. These partnerships allow DSP to provide art therapy and a political platform for affected families to fight back against violence, racism and police brutality.

“Partnering with Don’t Shoot Portland has pushed the Portland Art Museum beyond being just a collection of objects and artworks. Our museum is now working in support of positive change in our city, acting upon the inequalities within and outside our city as well as contributing to a safer, more just, and connected community. Through supporting the powerful work of community organizers and activists here in Portland, we can work together to re-envision the museum as a place for people to come together as a community and to engage with the arts in ways that celebrate difference and build empathy, dialogue, and understanding.” – Mike Murawski of Portland Art Museum, on working with Teressa Raiford of Don’t Shoot Portland 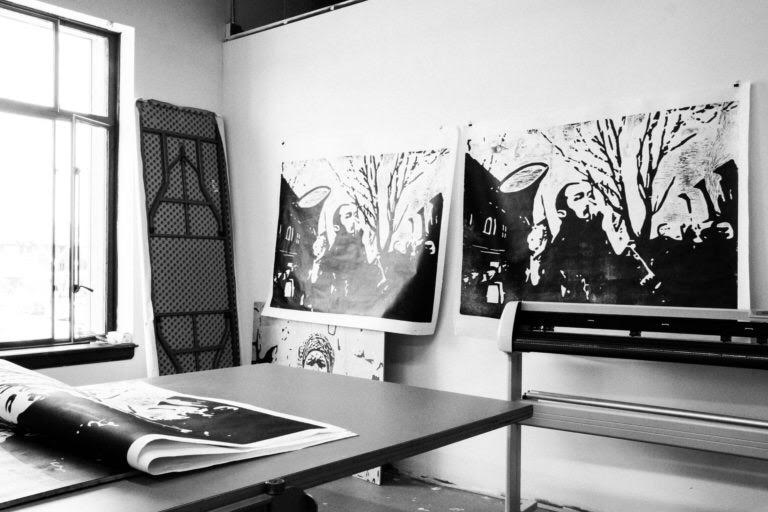 Through the continuance of bringing individual talents to light, artists of all walks including musicians, photographers and filmmakers, have come together to create a platform in support of human rights. Allowing these cultural perspectives to be showcased brings their stories to the forefront, and allows us to truly connect our communities. With art as their vessel, Don’t Shoot Portland will most certainly pave the way for massive social change in years to come.