Last night I ventured up to Boulder to hit the Fox Theater for a show by one of my favorites, Badbadnotgood. The 4 piece band have always had a loyal following since their start, but it seems more and more people are getting hooked on the beauty they create. Fusing hip-hop flavors, dark guitar riffs and free-form jazz, Badbadnotgood are truly unlike any band touring right now. The nights’ opener, Milky.WAV, kicked off early by 8:30 with wavy RnB beats. As a respected producer in Denver’s music scene with affiliations through much loved collective Souls in Action, the mile high fam were out in full force. 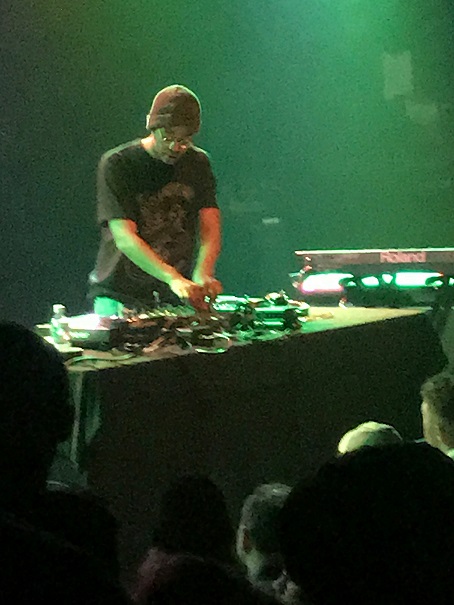 Sampling a few heaters from bedroom producers like Sam Gellaitry, Milky paused the bass to ask the crowd about his next music selection. ‘Do y’all like gospel?’ A supportive room of hands brought in the gospel laced track that Milky.WAV had taken a spin on, and it was a perfect melodic piece to close the hour. Smiling on the mic before finishing out his set, Milky couldn’t help but express his own excitement of seeing Badbadnotgood, and the crowd responded with deafening cheers. The Fox was pretty packed for a week night show, and that only proves how ‘worth it’ a Badbadnotgood live show is. These guys are spectacularly inventive in their art, and each performance I’ve seen goes beyond my expectations.

The band immediately went into a jazz improvisation that had everyone tapping their feet with furious energy. Lead singer Leland Whitty shouted out talented keys player Matthew Tavares, and our loud whoops of applause and satisfaction reverberated throughout the theatre. Switching between saxophone and flute, Whitty took off his shoes midway through the set, and I can only imagine how sweaty he was – we had all drenched ourselves from our dancing. The band executed a set full of originals, covers and improvs with ease, making it a beauty to simply try and keep up.

Eventually, lead singer Leland and drummer Alexander Sowinski paused to take much needed breaks from the stage, and bassist Chester Hansen and the keyboardist serenaded us with a smooth medley of sweet and eloquent rhythms. Expressing their want for the environment to be ‘all about love, nothing but peace’, the vibe was just that as we all moved and grooved with one another basking in the flood light. Only a few minutes had gone past before the missing members returned to the stage, albeit instruments – the goof troupe were akin to mimes as they walked the stage with bounding, dramatic leaps; Leland was in full prowler mode, raising his arms as he spread his fingers into animal like claws. 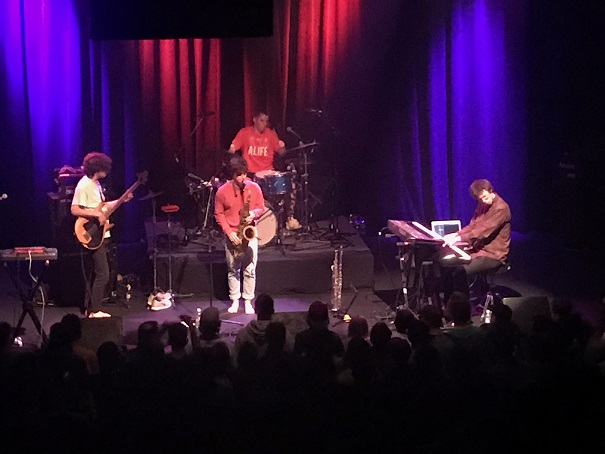 And just as suddenly as the play had ensued, the band were back on their duties, playing uplifting jazz to us, the hungry masses. Drummer Sowinski got his own spotlight, literally, as the stage turned to darkness for him to lay down some swiftness. For being so young, both in age and live musical experience, Badbadnotgood are seamless and powerful in their productions. At some point during the set, the entire crowd started moshing while Leland laid across the stage still playing – yes, a full blown mosh pit opened up in the middle of a jazz concert, and it was fucking iconic. The night continued in a magical, effortless fashion, and Badbadnotgood provided a translucent yet solid hour of soundscapes that left me full and inspired.