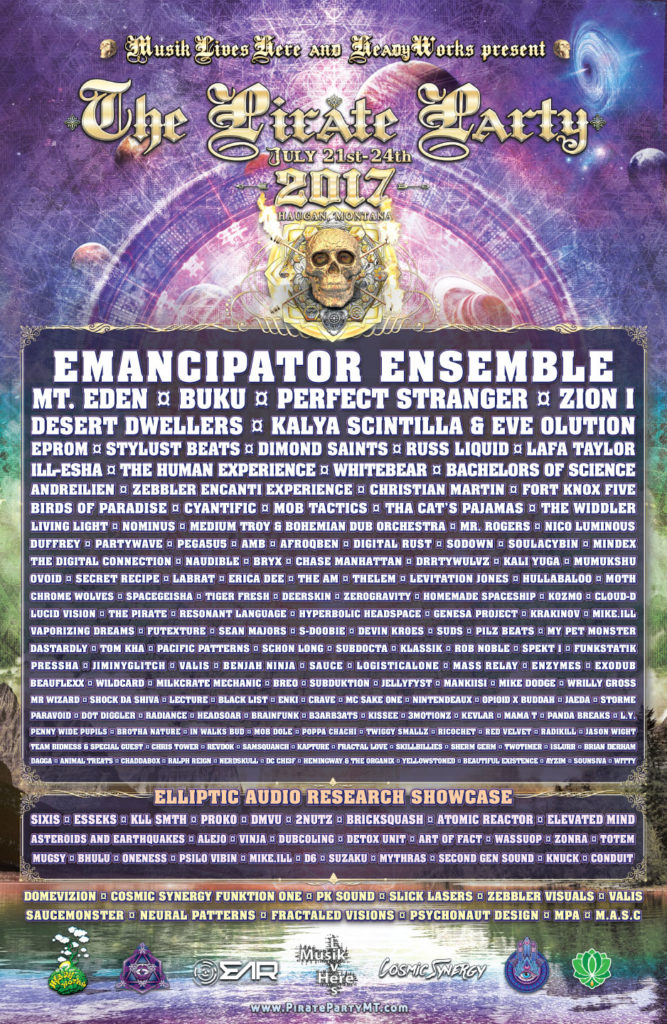 Upon first glance, the flier for The Pirate Party is so staggering you can’t help but snicker. Names are stacked so high that by the 5th or 6th line, you’re squinting to read. But this epic weekend is no joke – this is the heaviest hitting lineup Pirate Party has ever had, and we’re beyond excited to be apart of it. There’s nothing better than a themed party, and this one is nestled in the pristine landscape of Montana with some of the best bass producers we’ve heard in the scene. In case the font is giving you a hard time, names like Mt.Eden, Emancipator Ensemble, The Widdler, and Whitebear are must-sees – Esseks, Kllsmth, Lucid Vision and PROKO are all coming up with some insane productions in their own right.

Even further down the list are artists like Secret Recipe, Penny Wide Pupils and Pacific Patterns – West coast beat makers that have been throwing down serious heat in the past few months in particular. After 8 years of holding its own in the renegade party scene, it’s great to see the festival moving into a larger venue to host the biggest Pirate Party yet. Attendees can revel in the auditory and visually stunning bliss that 5 stages and 3 sound systems will bring to Pirate Party as well, and the variety of interactive art installations are pure gold, too.

Tickets are only $145 for the whole weekend right now, so we highly suggest grabbing these tier price tickets before they go up. Keep an eye out for an upcoming road trip playlist and our Facebook ticket giveaway! 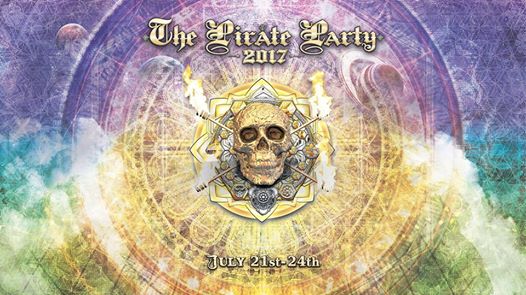