JMBLYA is an event that I look forward to every year, as the youthful staff at ScoreMore consistently puts together an impressive lineup of some of the hottest names in hip-hop and EDM. This year, the event sold out with an astonishing 25,000 tickets in advance, making it the third largest concert of 2017. The day was hot, and there wasn’t a single cloud in the sky as we approached the event, being held in a parking lot adjacent to Circuit of the America’s. After surveying the crowd that had assembled to get into the event, I knew I was in for an interesting afternoon. I’d say the average age of those in attendance was roughly 17 years old. I asked a group of young guys, all brandishing NBA jerseys from before they were born, why there where so many high school kids in attendance. The answer would terrify me, as one of the bros replied, “It’s PROMBLYA man, we all decided to come here instead of going to some boring dance.” I watched as they scrambled to finish whatever they managed to steal from their parent liquor cabinets before the line got to the security checkpoint.  After a half hour of dodging puddles of vomit and glitter we managed to make our way in to the event.

We soon found out that the event had been greatly understaffed, and spent the next two hours (and three performers) waiting in the direct sunlight for a bottle of water. This would become the theme of the early afternoon, as performers stopped the show nearly a dozen times to notify emergency services that attendees were fainting in the crowd because of dehydration. With a sellout crowd of 25,000 people, the lack of any available water source was unacceptable. Finally, after a few hours reminiscent of a scene from Lord of the Flies (or a day at Fyre Fest), the show’s organizers came through, as they began throwing large boxes of water bottles off of trucks into the ravenous crowd of high school kids. After spending the next thirty minutes giving water to passed out teenagers, I was able to catch the last few songs of Lil Uzi Vert’s set. Now I wouldn’t say that I’m necessarily a fan of his brand of “mumble rap”, but I was pleasantly surprised by his outlandish stage performance, as he spent much of his set crowd surfing, and climbing up the scaffolding along the stage. 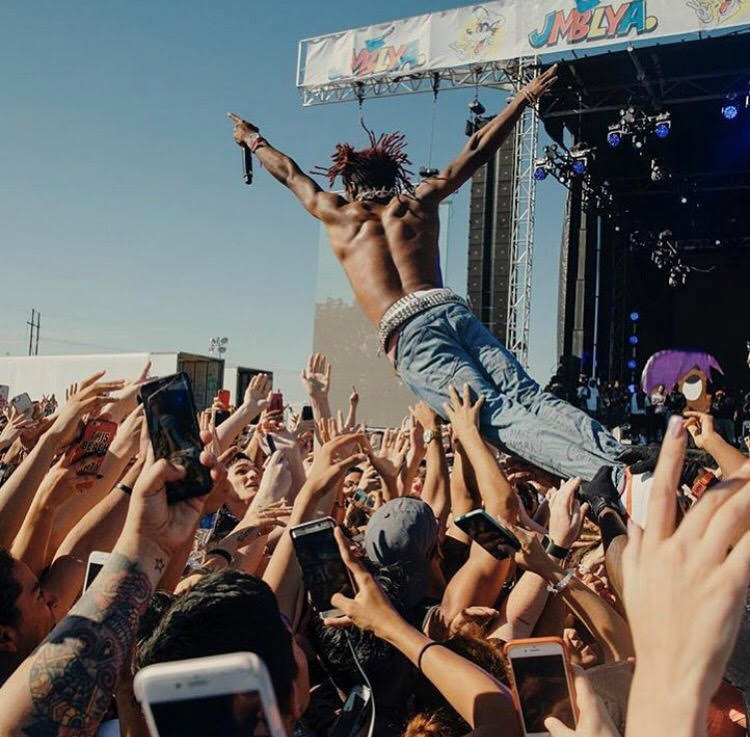 The Migos took the stage after the resident DJ played a few bangers off of Kendrick’s new album to get the crowd hyped. I was only vaguely familiar with the group and thought that their performance was rather pedestrian, however the group boasted an arsenal of hits that sent the crowd into a frenzy with little effort. The audience went absolutely nuts when the trio played their mega-collaboration with Lil Uzi Vert, “Bad and Boujee.”

Superstar DJ Steve Aoki stands along the edge of the stage, surrounded by stunningly crafted visuals, with a large sheet cake in hand, while a meticulously crafted remix of Blink 182 reverberates through the crowd. I’d always heard about the gimmicky performances that’s made the Benihana heir so widely recognized throughout the world, and I was not disappointed. Two music videos were shot during the set using drones as Aoki tossed cake after cake into the raucous crowd. The high energy performance, and the afternoon’s relentless heat FINALLY ceasing, set the stage for hip-hop royalty.

Gucci Mane, the man that introduced most of us to Atlanta’s trap scene as early as middle school strutted onto the stage with the confidence of a made-man. His decadent jewelry glistened, even in the dark, as he began his famous hook with, “I don’t usually do this unless I’m drunk or high, but I’m both right now.” The young crowd knew every word of his more recent singles, but seemed unfamiliar with some of Gucci’s older hits. Thankfully though they had the sense enough to lose their minds when he brought out Houston’s own Bun B for an astonishing rendition of “Get Throwed.” 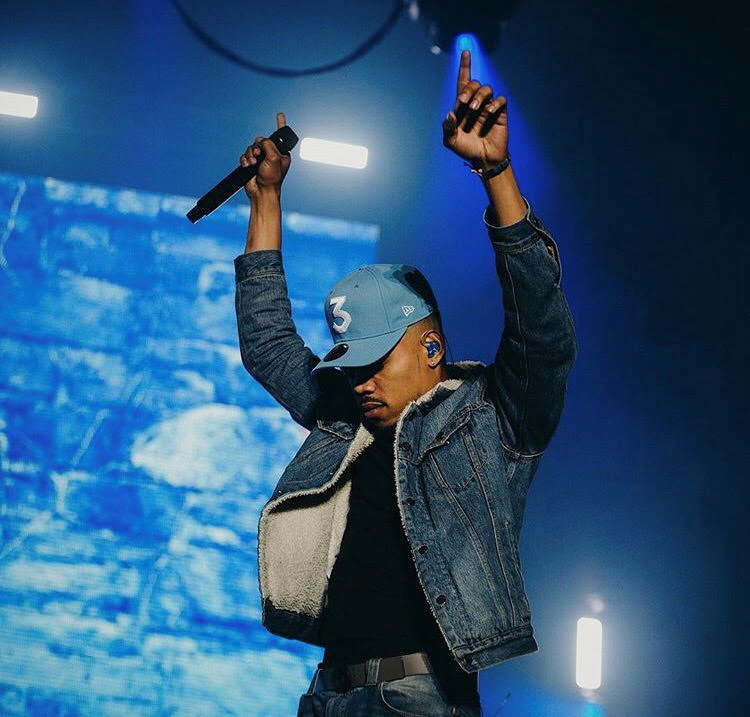 The vibe of the evening shifted as Chance the Rapper took to the stage riding a minibike, accompanied by his band The Social Experiment. Also on stage was a small choir, which helped bolster the sermon-like essence of Chance’s performance. After a few uplifting tracks off of his Grammy winning mixtape, Coloring Book, he announced that it was officially “Acid Rap week”, referring to his earlier project of the same name. He then dove into the past, pulling out songs like “Pushaman”, and “Coco-Butter Kisses” from Acid Rap, as well as more spiritually driven songs like “Sunday Candy”, from his side project with The Social Experiment titled Surf. The day was filled with rhymes about selling drugs and getting hoes, but Chance was the stylistic outlier. He would end the evening with a profoundly spiritual rendition of “Finish Line/Down”. His commanding stage presence, and resounding humility made the artists who played prior look rather amateur by comparison. The performance was absolutely awe-inspiring, and made the long day of baking in the hot sun more than worthwhile. I will be sure to catch him again as a headliner this fall at Austin City Limits music festival.